Former Florida guard Tre Mann is projected to go to the Houston Rockets at No. 23 in the latest CBS Sports mock draft. 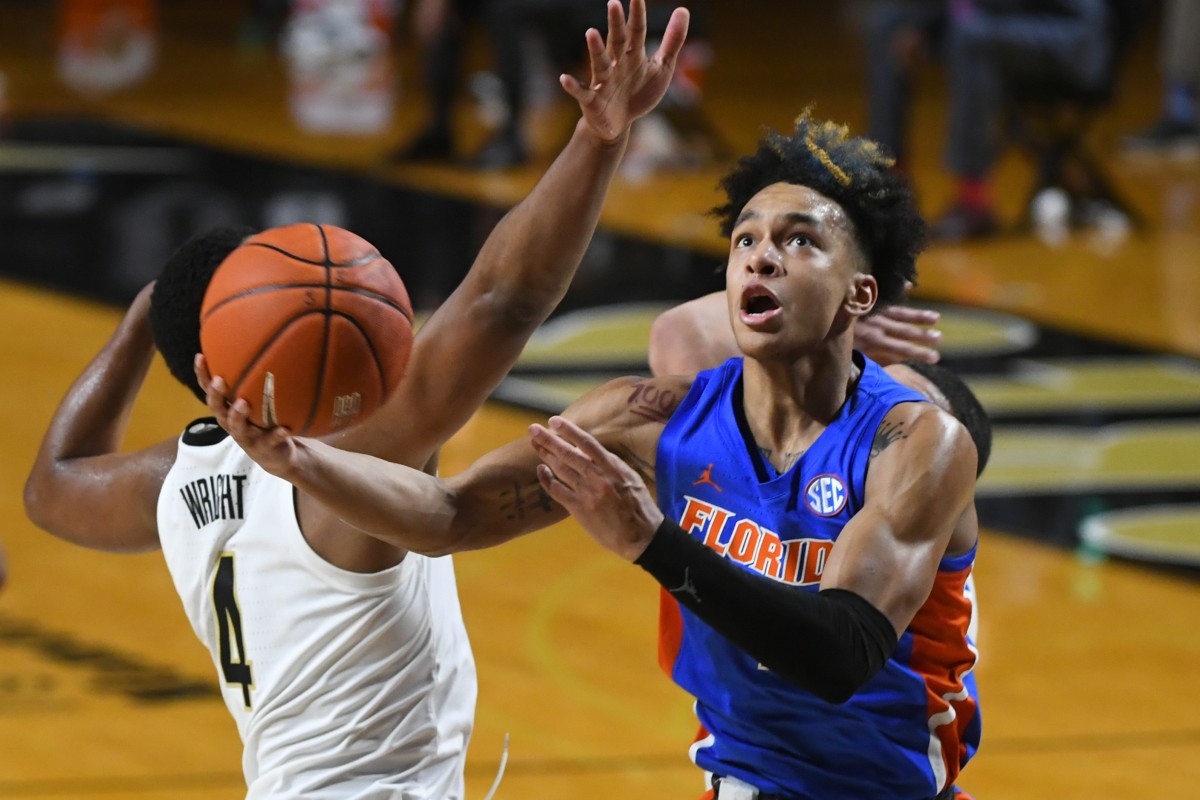 Following one of the most surprising bounce-back seasons in college basketball, former Florida guard Tre Mann seems to be a shoo-in to go in the first round of the NBA draft next month. The former five-star recruit wasn’t able to find much of a role as a true freshman, averaging 5.3 points per game, but he increased that number to 16 this year, becoming UF’s leading scorer and the de facto leader of the team following the loss of Keyontae Johnson for the season.

It seems his rapid improvement caught the attention of more than just the Florida fanbase. Mann declared for the draft without an agent, and he received an invite to the NBA combine last week. The only remaining question is, where will he land.

Though some project Mann as a late lottery pick, the latest CBS Sports mock draft from Colin Ward-Henninger projects him falling a bit later than that, to the Houston Rockets at No. 23.

I don’t rate Mann as highly as some other draft evaluators, but the Rockets would be lucky to get him at this point in the draft. His scoring ability is undeniable, and his shot creation is among the best in the draft. His short arms make him play smaller than he is defensively, and he needs to work on his playmaking ability, but Houston will give him the opportunity to develop through his mistakes.

Mann will clearly take some development at the next level, but this projection is a good bit lower than where CBS Sports ranks Mann. He’s the No. 10 overall prospect in the draft and the No. 4 point guard, so it wouldn’t be a shock to see him go earlier than this.

The Rockets already have one of the league’s best point guards in John Wall, but the rest of the guard group could use another addition. Mann could be a better fit at shooting guard in the NBA, where he’d be in the rotation alongside Eric Gordon and Avery Bradley.

Mann will almost undoubtedly end Florida’s drought of first-round picks that dates back to 2012, and he will also be UF’s first drafted player since Erik Murphy in 2013. On a team that could use an influx of young talent like Houston, Mann could be an early difference-maker.