Alabama ran away with an 86-71 victory Wednesday night against a Florida team that was no match for it physically as well as other issues. 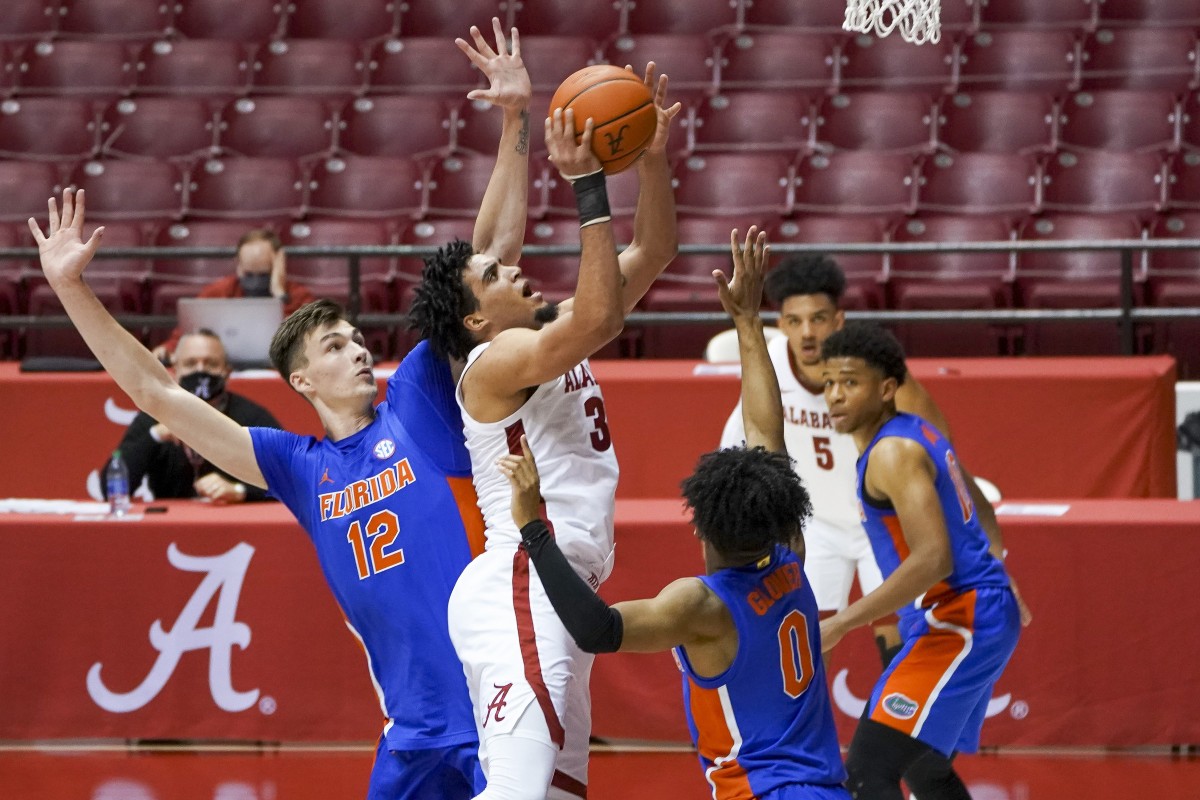 Florida couldn’t stay undefeated in SEC play Wednesday night, as the Gators dropped their first conference game on the road to the Alabama Crimson Tide, 86-71.

Alabama entered the game with a lot of momentum after upsetting a top-10 team in Tennessee, and it managed to keep it going against UF. At the end of a first-half that was mostly back and forth, UA had a seven-point lead over Florida. The Crimson Tide built upon that lead in the second half, outscoring the Gators by eight in the back frame.

With the win, Alabama moves to 8-3, and now it and Kentucky are the lone undefeated squads in the SEC. Florida, meanwhile, suffers its second loss of the season and first since returning from play after Keyontae Johnson‘s scary collapse on Dec. 12.

The Gators play the Wildcats on Saturday, and a loss in that game would deal quite a blow to their strong opening to the conference season. With that in mind, here are three takeaways from Florida’s loss to Alabama.