How would you handle this week’s game? 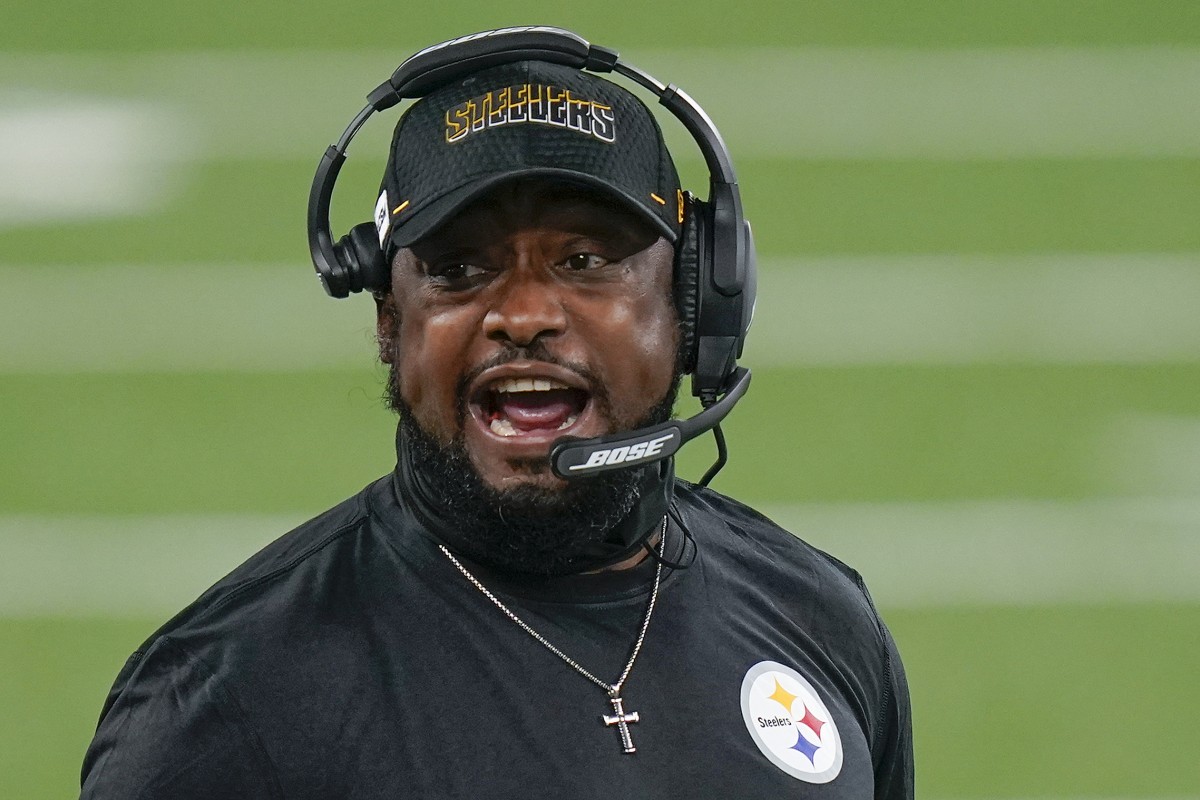 The NFL dropped a bomb on the Pittsburgh Steelers this week when they announced this week’s game against the Tennessee Titans would be moved to later in the season as opposed to playing it as scheduled.

This is due to a rash of positive COVID-19 tests among the Titans organization. This is far from an ideal scenario for the Steelers as it moves up their bye week by a month and could have a serious negative impact on the Steelers season.

The league had multiple ways they could have handled this situation. The choice they made is arguably the most convoluted but the fairest for the Titans.

But I want to hear from Steelers fans. What do you think should happen with this week’s game? Are ou OK with it being moved or should they have to play this week? Or even more than that, should the Titans have to forfeit if cannot provide a safe environment?

Cast your vote below and let us know.

This schedule change really could hurt the Steelers. 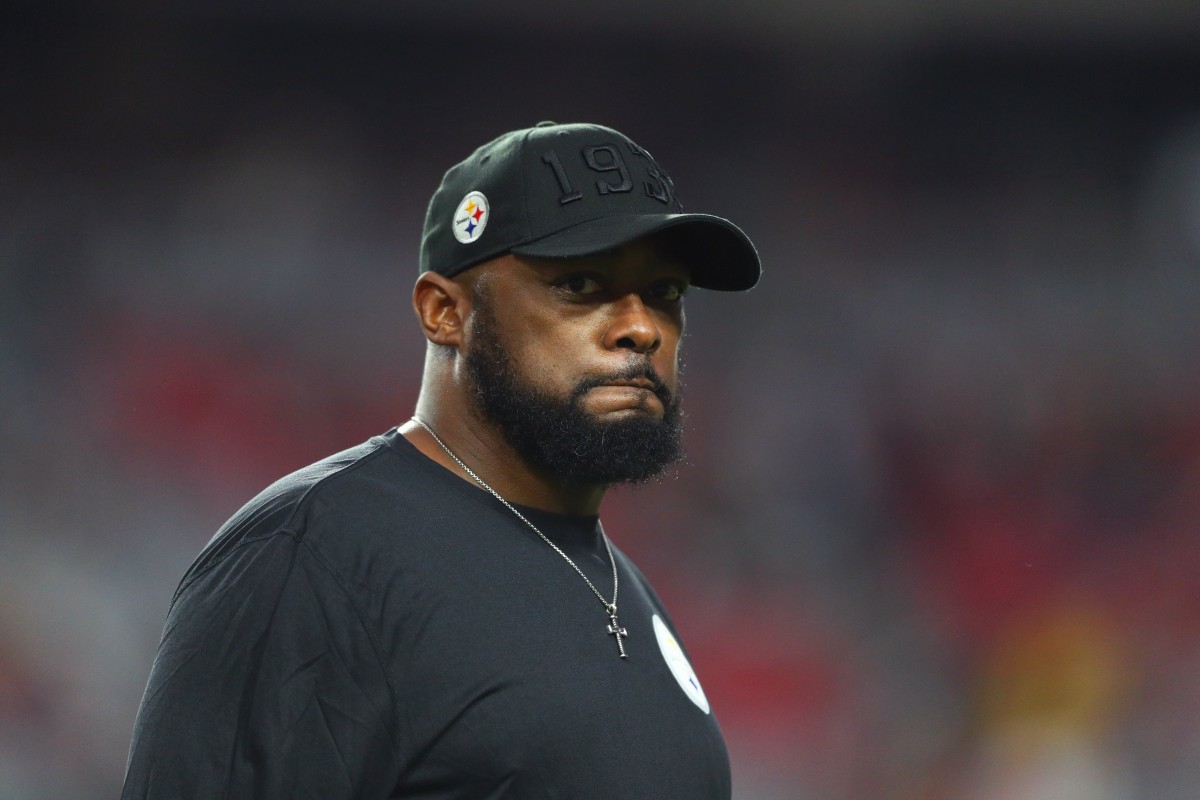 The NFL released a statement on Thursday indicating the game between the Pittsburgh Steelers and Tennessee Titans will be postponed indefinitely due to an outbreak of positive COVID-19 tests on the Titans. The original thought was the game would be played later in the week but thanks to additional positive tests, this won’t happen.

The Pittsburgh-Tennessee game scheduled for Week 4 will be rescheduled to later this season after one additional Titans player and one personnel member tested positive for COVID-19 today. An announcement of the new game date will be made shortly.

The decision to postpone the game was made to ensure the health and safety of players, coaches and game day personnel. The Titans facility will remain closed and the team will continue to have no in-person activities until further notice.

This is an awful situation for the Steelers and could have serious negative ramifications as the season goes on. No team wants their bye week a month into the season. Teams utilize the bye to get healthy, re-group and make adjustments.

Pittsburgh is currently healthy, playing solid football and has a ton of momentum from their three-game winning streak. And now all of that is shot. The NFL is essentially punishing the Steelers because the Titans couldn’t adhere to COVID protocols.

Steelers vs Titans should be played on Sunday. 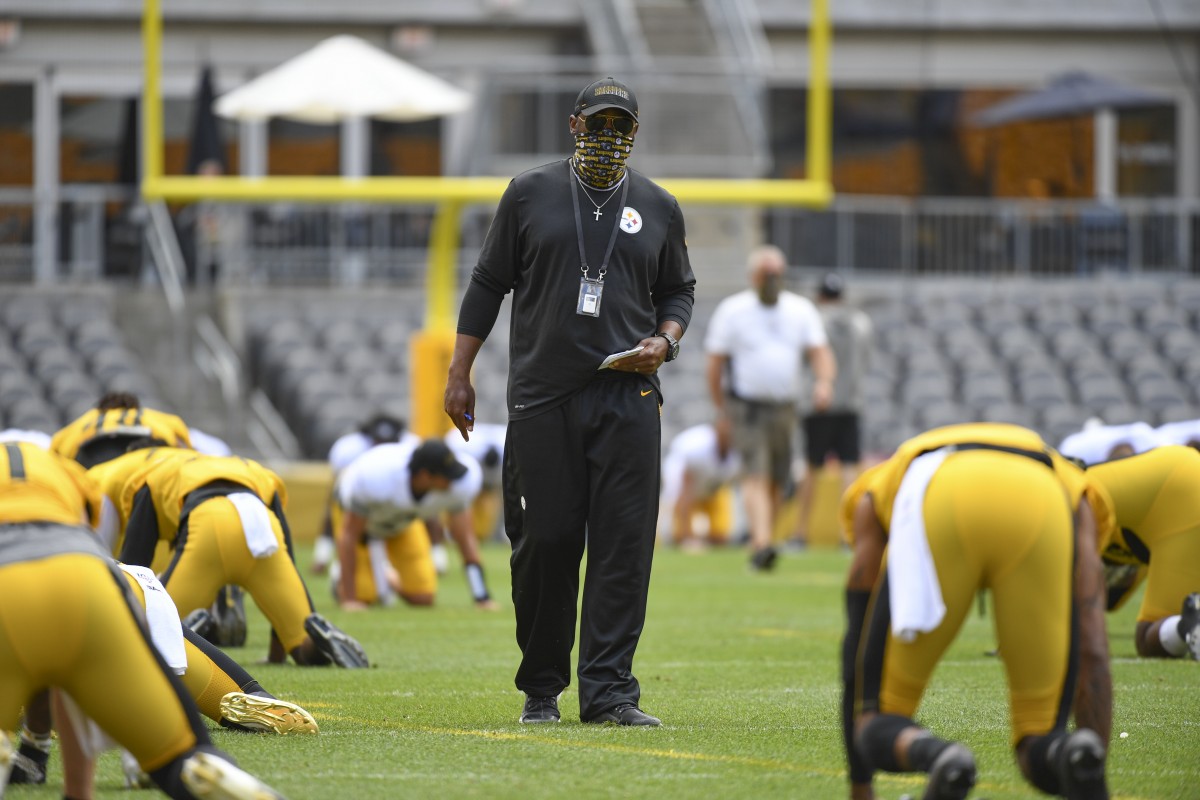 The NFL announced on Wednesday that the Week 4 game between the Pittsburgh Steelers and Tennessee Titans would be postponed. This is because nine members of the Titans team including players and staff tested positive for COVID-19 this week.

Originally the thought was the game would go on according to plan on Sunday despite the fact the Titans facilities have to be closed until Saturday. But now the NFL says the game will be held on either Monday or Tuesday and the announcement is expected to come on Thursday.

This whole situation makes no sense from a fairness standpoint. The Steelers did nothing wrong in this situation and moving the game out only gives the Titans more time to prepare and recover from a problem with their franchise.

We knew this would happen at some point but I assumed the NFL would treat it like injuries and teams would just have to deal with the situation. But this postponement only gives new life to Tennessee.

In addition to the ramifications on this week’s game, postponing this week’s game means the Steelers must prepare for the Philadelphia Eagles on a short week. Again, for something that was not their fault.

What do you think? Does this situation set up the Steelers for problems or is this not a big issue? Let us know your opinion in the comments.

Steelers vs Titans have been postponed. 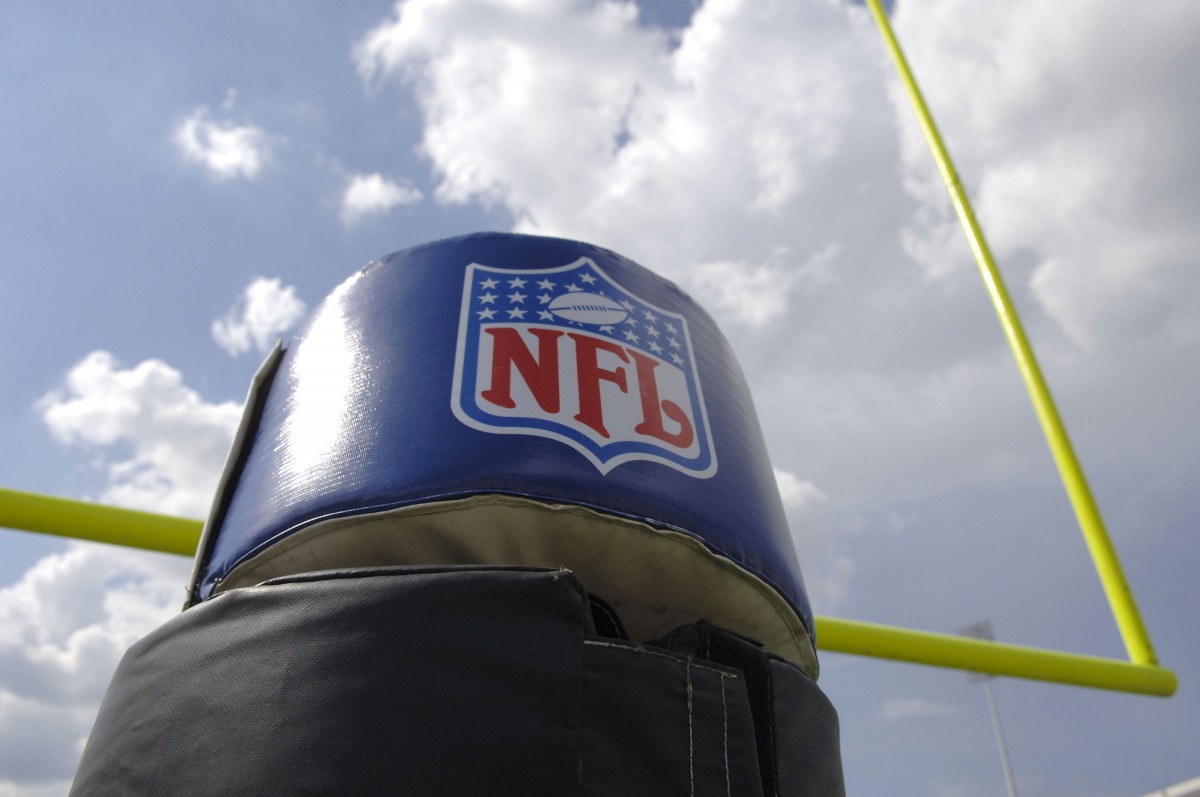 According to a press release by the NFL, the upcoming game between the Pittsburgh Steelers and Tennessee Titans will be postponed due to the positive COVID-19 tests with the Titans. The release says the game will be played on either Monday or Tuesday.

Here is the full release.

The Steelers-Titans game, originally scheduled for Sunday at 1 p.m. ET, will be rescheduled to allow additional time for further daily COVID-19 testing and to ensure the health and safety of players, coaches and game day personnel. Details on the new game date and time on either Monday or Tuesday will be announced as soon as possible.

There will be more details to come as far as the accurate time and date but we do have confirmation that the game will not be played on its original date. This should give the Titans an extra opportunity to be sure they have their health in order. Should this situation be treated differently than any other injury or illness? This is very much a point of debate.

We don’t know when the Steelers will take on the Titans. 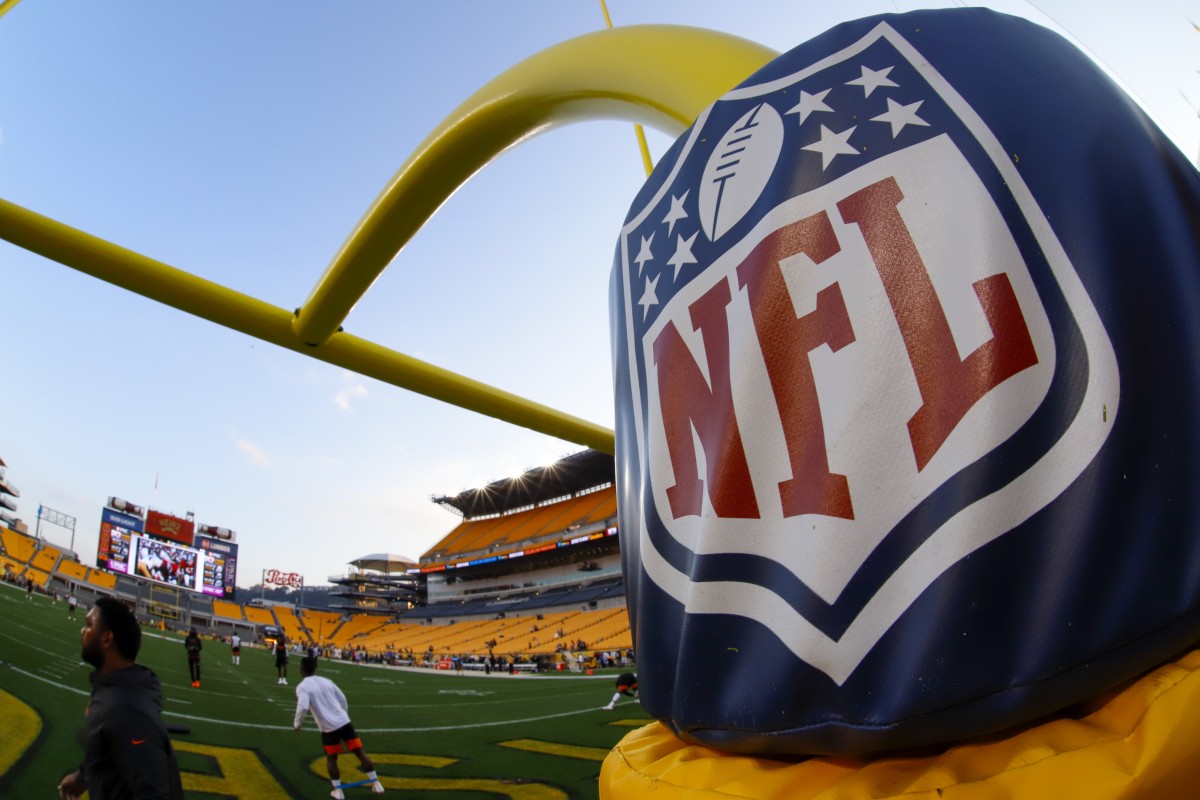 Sunday’s game between the Steelers and Titans is being postponed per multiple sources. They are considering all options to reschedule, Monday night as one of them. This will all be based on test results.

The matchup between the Pittsburgh Steelers and Tennessee Titans was set to be played on Sunday at noon. But thanks to multiple positive COVID-19 tests on the Titans, it sounds as if the game might end up postponed after all.

ESPN reporter Dianna Russini is reporting multiple sources are indicating the NFL plans to reschedule the game but there is nothing concrete on a date. According to Russini, moving the game to Monday night is a legitimate option but it could get much more complicated involving adjusting bye weeks as well.

I honestly hope this doesn’t happen because giving the Steelers the bye in Week Four is essentially punishing Pittsburgh for something they did not do. We should get a more concrete update on the league’s plans very soon.

Ben Roethlisberger understands the situation with the Titans but the season has to go forward. 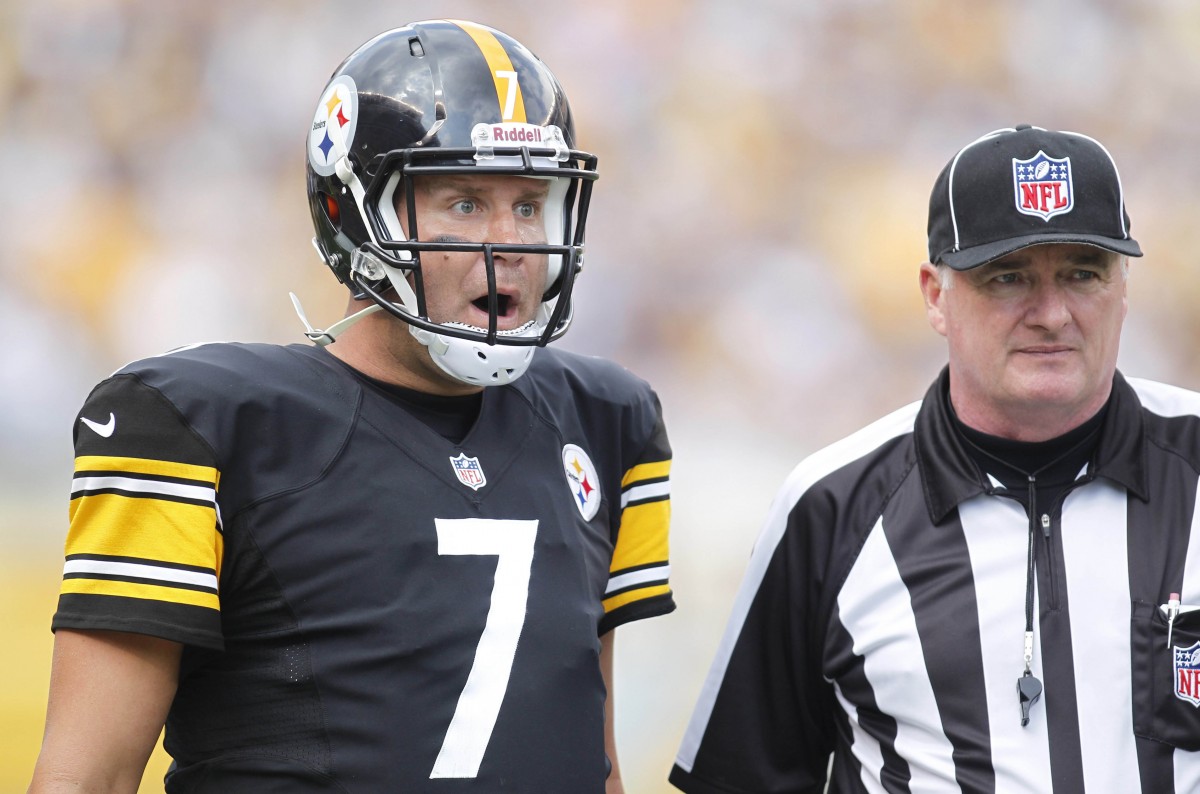 #Steelers QB Ben Roethlisberger careful not to be ho-hum abt potential practice time imbalance this week vs #Titans, but does say: “We were made aware of those possibilities (in camp) and so I don’t want to say it is what it is, but that’s why the plan was put in place.”

When Pittsburgh Steelers quarterback Ben Roethlisberger spoke to the media on Wednesday, he addressed the positive COVID-19 tests that hit the Tennessee Titans this week. The Steelers are scheduled to take on the Titans this week and as of now, things are a go for Sunday.

Roethlisberger didn’t sound a bit sympathetic when talking about playing the Titans this weekend with the Tennessee facilities shut down for the week. Big Ben pointed out the NFL put a plan in place and following it is the only way this works.

If the shoe was on the other foot, it would be expected that the Steelers would have to play without practice time and so while this is unfortunate, it is just a part of the system in a world dealing with a pandemic.

What do you all think should happen with the game? We will explore some options but I want to pass the question off to you. What is the best way for the NFL to deal with this situation? Let us know in the comments.

Mike Tomlin addresses the COVID-19 situation with the Titans. 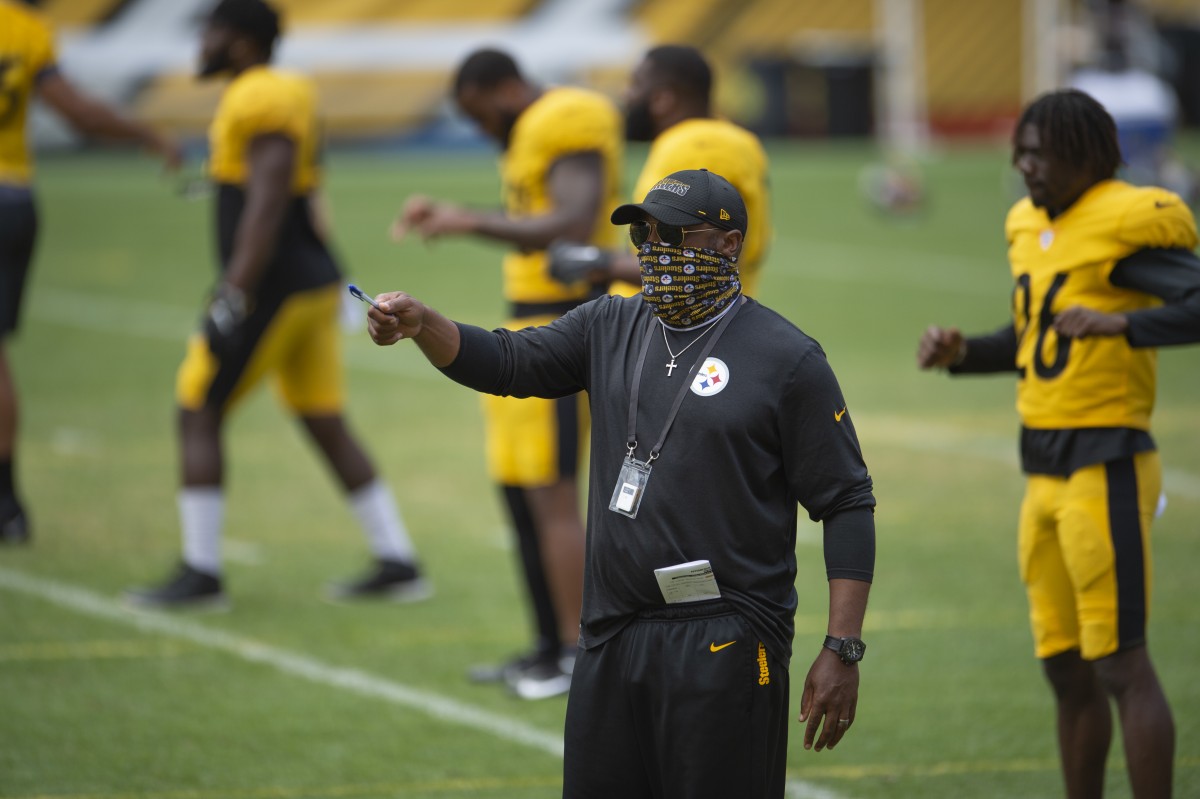 Big news out of the NFL today as eight members of the Tennessee Titans, three players and five staff, have tested positive for COVID-19. This creates a rather awkward situation given the Pittsburgh Steelers are supposed to travel to Tennessee to take on the Titans on Sunday.

Your gut reaction might be to assume this game cannot be played. But as of right now it is still happening. Steelers head coach Mike Tomlin spoke to the media on Monday and said the mandate they have been given is to prepare for the game to be played on Sunday.

“We don’t have a lot of definitive answers long term as to what the prognosis looks like,” Tomlin said. “We have been given a mandate to prepare as if the game is going to be played, and played on time.”

There is the option potentially for the NFL to move the game to Monday night to give the Titans an extra day to be sure they are fit for action and their facilities are ready to go. Either way, the Steelers need to be sure they remain focused on preparing for the game like it’s going to happen on Sunday and don’t forget just how important this matchup is.

A new concept for the 2020 season is the “protected” practice squad. Here are the four players the Steelers chose to protect. 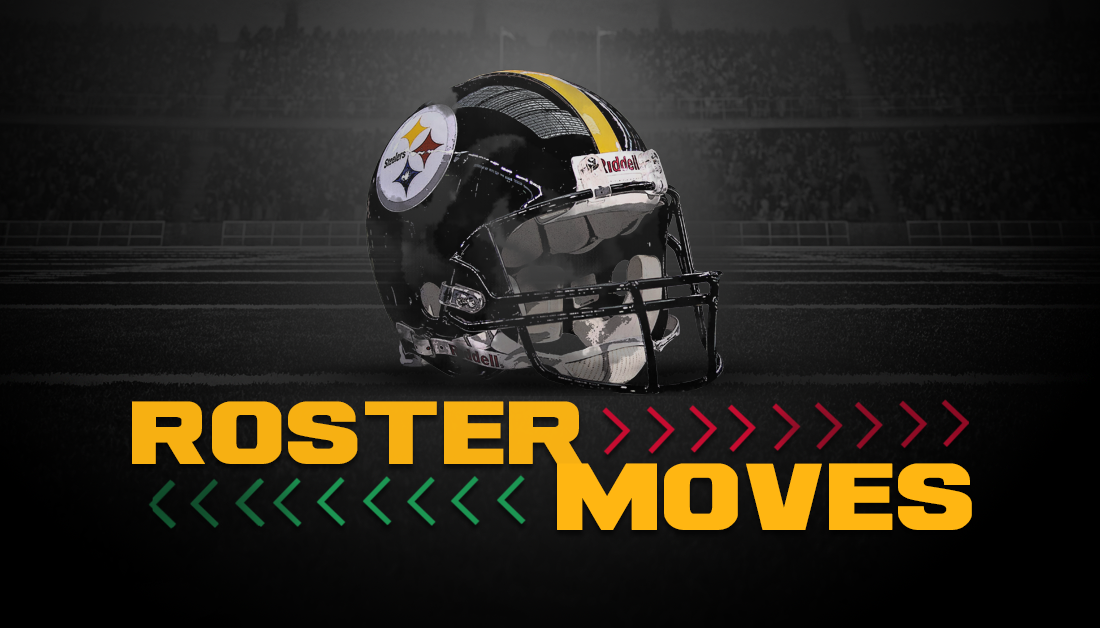 For Week 4, the Steelers have chosen to protect wide receiver Deon Cain running backs Trey Edmunds and Wendell Smallwood and defensive end Henry Mondeaux. These four are not eligible to sign with another team until after Sunday’s game.

The most interesting observation is that Pittsburgh has protected two running backs. With the addition of Edmunds, linebacker Jayrone Elliott is now unprotected.

Practice squad “protection” is a new concept for the 2020 season. It’s a concession for the potential personnel shortages that could occur if the virus strikes the locker room.

Teams can designate protected players each Tuesday beginning at 4 p.m., except for clubs that played on the previous Monday night; their designations go into effect prior to 4 p.m. Wednesday.

The Steelers continue their 2020 season Sunday, Oct. 4 versus the Tennessee Titans at Nissan Stadium.