The Gators have had a wacky season thus far and people have noticed. The Athletic listed them as the most difficult squad to pin down. 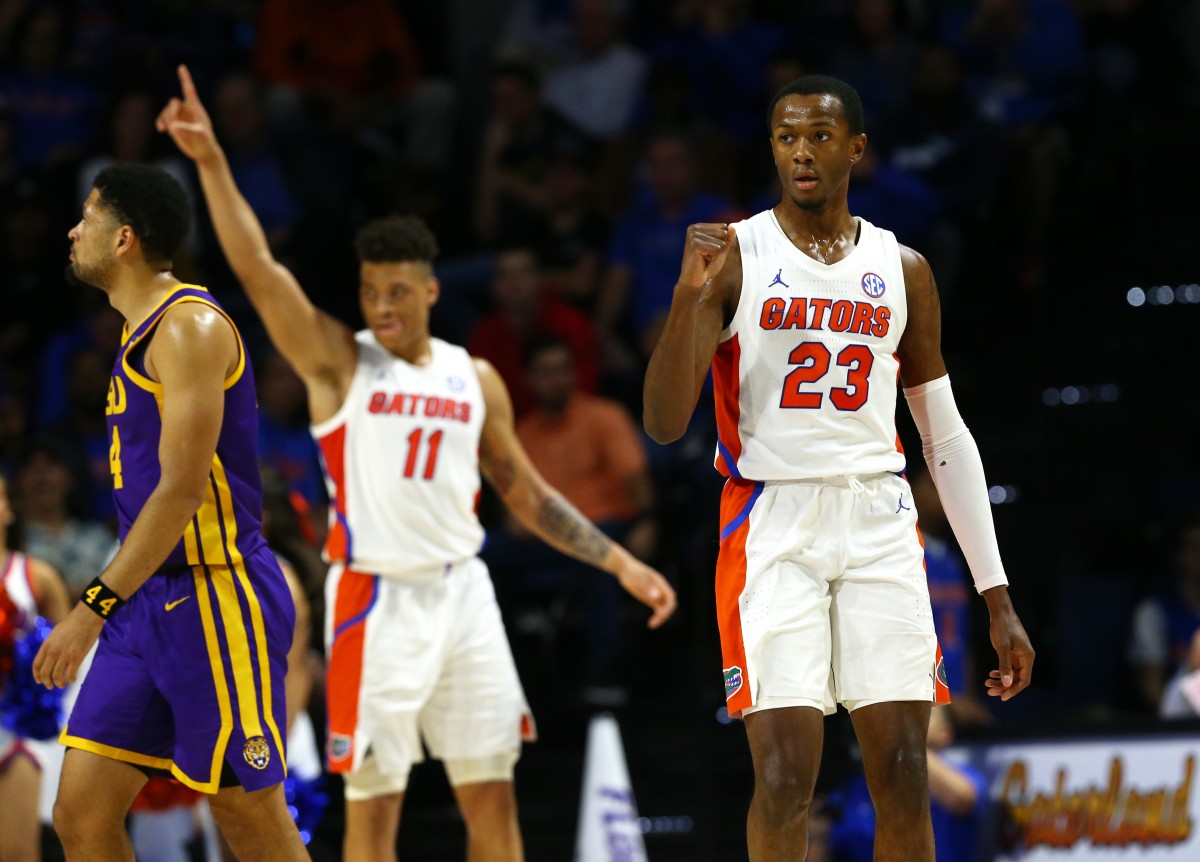 The men’s basketball season, for all the drama of its herky-jerky start, is well underway across the whole of the NCAA. That means it’s time for some too early bracket projections!

The Athletic recently rolled out their field of 68 bracket watch, and oh boy, it’s a doozy. While the teams at the top are fairly cemented into their positions for the time being, subjective rankings based on a broad range of voters and their individual preferences are a nightmare to guess in advance.

To Brian Bennett, who penned the piece for The Athletic, no team is more headache-inducing than figuring out what to do with the Florida Gators. Here’s his reasoning behind handing the Gators this dubious distinction among a field overflowing with tough choices:

The hardest team to judge: Florida. The Gators are 3-1 and are in the top 30 of Sagarin, KenPom and T-Rank. But they also haven’t beaten a top-100 team and, more important — and totally understandably — haven’t played since Keyontae Johnson collapsed on the court at Florida State on Dec. 12 (Editor’s note: Florida won, 92-73, against Vanderbilt Wednesday night). It’s unclear whether or when Johnson might rejoin the active roster and he is, after all, their best player. Right now, we have Florida in the First Four, and we’re rooting to see Johnson healthy and playing in the tournament.

No surprises here. The loss of Johnson is a focal point for an almost innumerable number of questions about this roster that can only be answered by the Gators simply winning games. However, even without their star forward, Florida is still a part of the in-crowd. If the rest of the team performs up to the level they’re capable of more often than not, they’ll hang onto their spot in the field of 68 with ease.

In other words, the team is a tough one to figure out, and even the experts aren’t sure what to expect. Don’t jump ship, though, because there’s a lot of basketball left to be played. The Gators will prove their merit or lack thereof if simply given time.