How quickly time flies. It feels like just yesterday we received the Woj bomb indicating that LeBron James would be leaving the Cleveland Cavaliers to join the Los Angeles Lakers. Now? The four-time league MVP and four-time NBA champion is the … 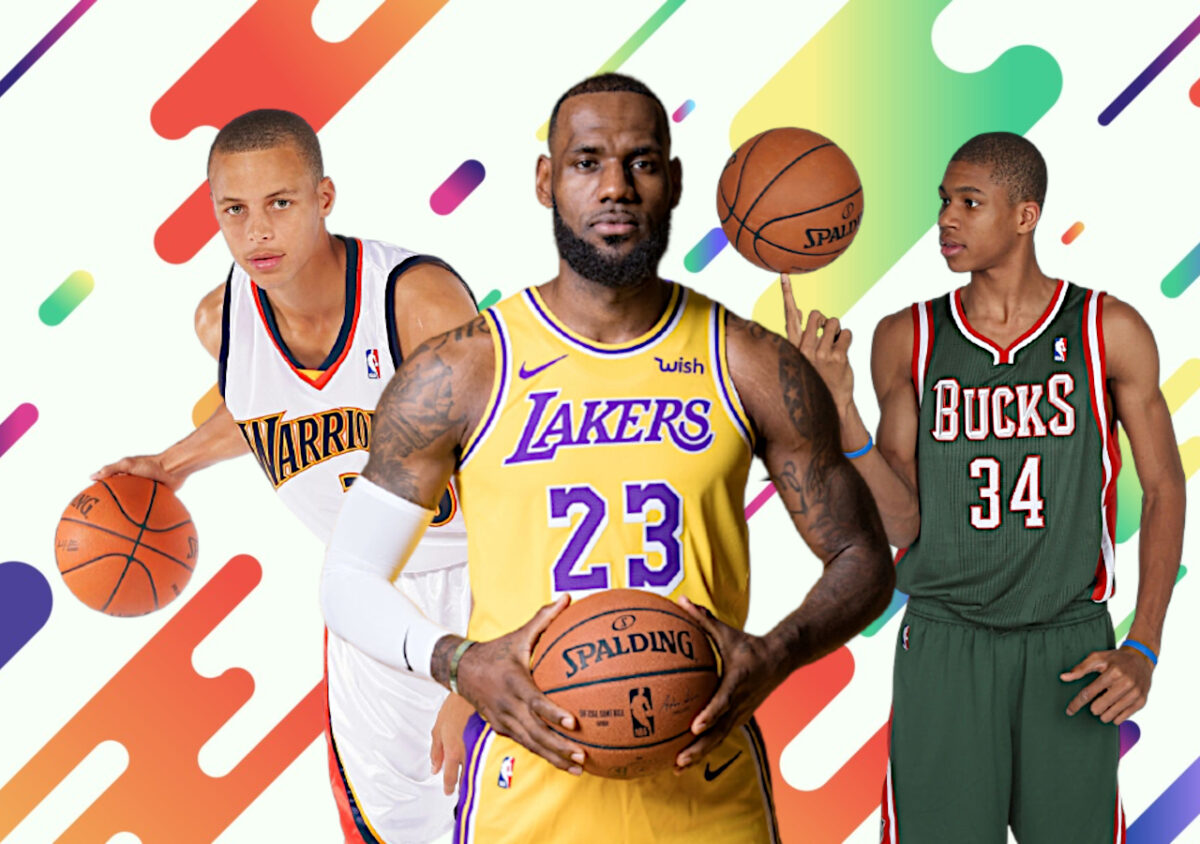 It feels like just yesterday we received the Woj bomb indicating that LeBron James would be leaving the Cleveland Cavaliers to join the Los Angeles Lakers.

The four-time league MVP and four-time NBA champion is the Lakers’ longest-tenured player, partly due to the amount of turnover the L.A. roster has seen since James’ arrival back before the 2018-19 season.

Below, check out the list we put together of the longest-tenured players on each NBA roster heading into 2021-22.

Teams who could trade their draft picks, why Collin Sexton could be traded, and which NBA Draft prospects are rising according to scouts. 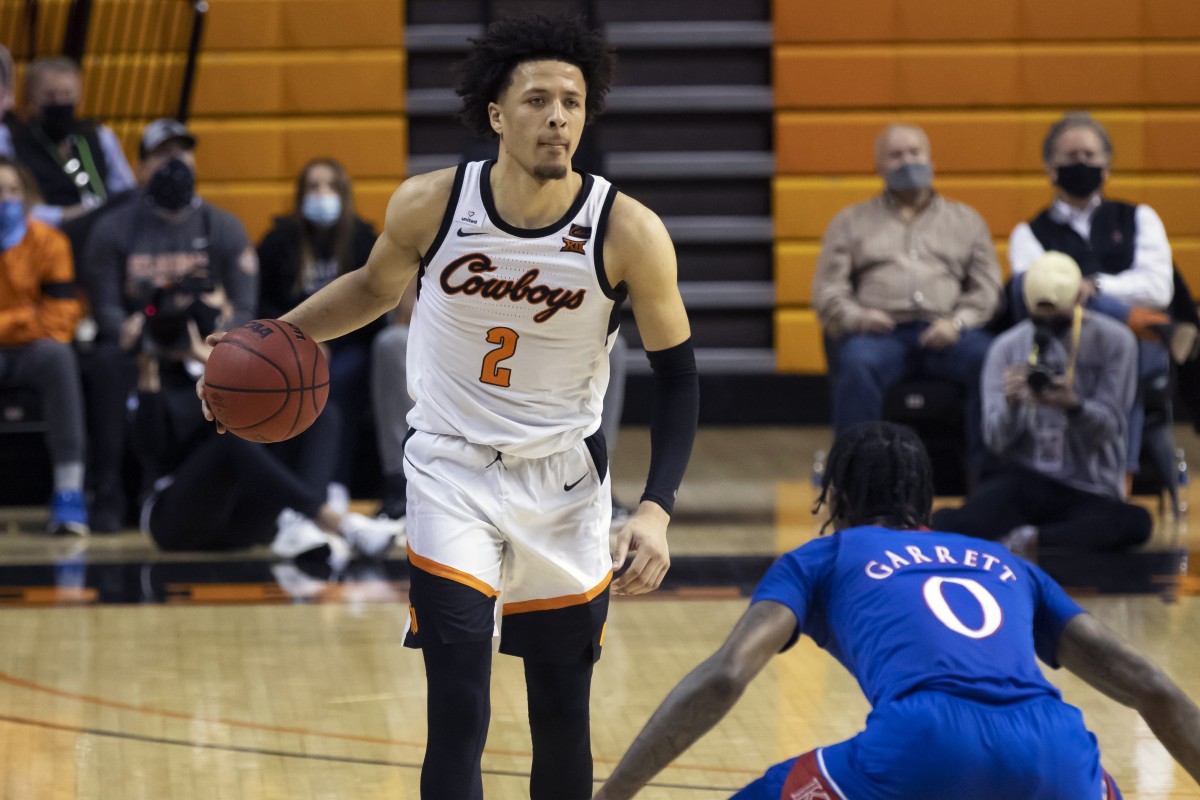 On the latest edition of the HoopsHype podcast, host Michael Scotto is joined by HoopsHype’s Bryan Kalbrosky. The duo discussed why the Warriors, Knicks, Magic, Thunder, Pelicans, and Nets are teams who could trade their draft picks. They also discussed whether a Collin Sexton trade could be in play for the Cavaliers and which players scouts believe are boosting their stocks and rising leading up to the draft.

After the Houston Rockets traded James Harden to the Brooklyn Nets, rival teams circled them as potential sellers before the trade deadline.

After the Houston Rockets traded James Harden to the Brooklyn Nets, rival teams circled them as potential sellers before the trade deadline.

The most likely player who many believed could potentially on the move is veteran PJ Tucker. The two parties have reportedly been unable to come to terms on a contract extension and multiple teams have called to inquire about his availability. According to The Athletic’s Sam Amick and Kelly Iko, the 31-year-old is “not opposed” to a trade.

On a recent episode of The Hoop Collective, basketball insider Brian Windhorst hinted at what it would take to trade for Tucker (via ESPN):

“The word on the street that I heard that has been floated [for his value]: they either want a first-round pick or three seconds, which I’ve never heard that arithmetic done. Three seconds … There are fifteen teams that are somewhat impacted from trading firsts and eight who can’t really trade any, sort of narrows the market. Most of the competitors, most of the teams who are playoff teams this year, are encumbered from trading their pick.”

Windhorst mentioned the Philadelphia 76ers (who “covet” his services), Denver Nuggets (who “have always liked” Tucker but reportedly haven’t reached out yet) and Toronto Raptors (who originally drafted him in 2006) as destinations who are not barred from trading their first-round pick and could be interested in adding Tucker in their pursuit of the playoffs.

After the Harden trade, an NBA executive told our own Michael Scotto that the Miami Heat and Boston Celtics make sense as suitors for Tucker as well. The list is presumably much longer, however, considering every contender could use a player like Tucker.

Rockets explain why the value of PJ Tucker goes beyond statistics https://t.co/OBWiRluEeD

Windhorst clarified that this may have only been the asking price that Houston told one team during initial conversations to start the negotiations. But after the Harden trade, The Ringer’s Kevin O’Connor also reported Tucker’s price as three second-rounders.

ESPN’s Bobby Marks added that it is unlikely that front offices will offer a first-round pick for Tucker or other veterans also on expiring contracts like Derrick Rose. But he said that he would not be surprised to hear about more teams offering packages centered around second-round picks.

Ultimately, if Tucker is eventually moved, it sounds like a front office that is willing to offer three second-round picks could convince the Rockets to pull the trigger.

NBA champions almost always run back their core to try and defend their title. While the Los Angeles Lakers are preserving cap space for the 2021 offseason, they also want to bring back all their key players for another championship run. General … 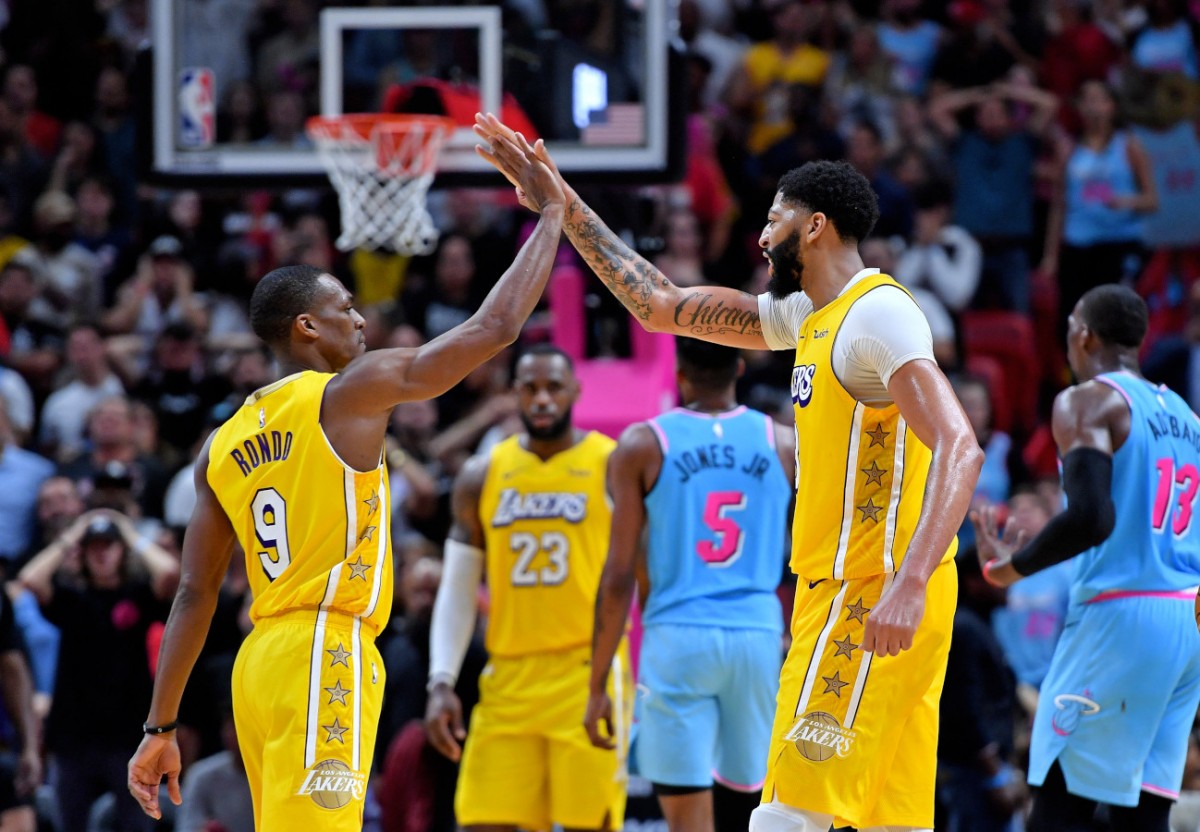 NBA champions almost always run back their core to try and defend their title. While the Los Angeles Lakers are preserving cap space for the 2021 offseason, they also want to bring back all their key players for another championship run. General Manager Rob Pelinka will have the challenge of accomplishing both goals over the next few months.

The difficulty in running back the roster while maximizing 2021 cap space is twofold.

First, the Lakers will want to bring back everyone on a one-year deal. This sounds simple at first until figuring out a salary number that makes sense for players to bypass multi-year contracts.

SALARY CAP PROJECTIONS, APRON AND WHY THEY MATTER

The league and players union are still negotiating over salary cap numbers, among other several important issues. According to Shams Charania of The Athletic, the 2019-20 figures are expected to rollover: $109.1 million salary cap, $132.6 million luxury tax, $138.9 million apron, or hard cap.

If the Lakers wish to re-sign their top free agents and use the $9.3 million NT-MLE to make a significant upgrade, they’d have to have a payroll no higher than the $138.9 million apron. That is because utilizing more than the $5.7 million T-MLE amount will activate the hard cap. At no point after can the Lakers payroll go over that amount for any reason, meaning they must budget accordingly while also meeting minimum roster requirements.

Depending on who opts out, and how much the Lakers re-sign them for, and what the apron ends up being will ultimately determine whether or not using the NT-MLE is possible.

If the salary cap remains at $109.1 million, Davis can earn a salary of $32.7 million, $4 million more than his player option amount. Pope’s player option is worth $8.5 million, but he can reasonably earn between $12-14 million, according to Bobby Marks of ESPN. Rondo’s player option is for the veteran minimum, which he can certainly recoup as a worst-case scenario. Marks projects Rondo to earn between $4-6 million, which the Lakers can offer him with his Early Bird rights. However, Early Bird rights require at least a two-year deal, but the Lakers can go around that by making the second year of his contract non-guaranteed.

Avery Bradley and JaVale McGee are less certain to opt-out. The Lakers also hold non-Bird rights for Dwight Howard and Markieff Morris, both of whom can be re-signed for $3.1 million and $2.1 million, respectively, though Morris can actually earn a little more than $2.1 million with the veteran minimum. The Lakers would have to dip into either the bi-annual exception (BAE, $3.6 million) or the MLE to give them more. Marks projects all four players to earn $4-6 million on the open market.

If the apron remains at $138.9 million, Davis, Pope, and Rondo opt-out, and Bradley and McGee opt-in, the Lakers would have $58 million in space below the apron.

That means if they wish to use the NT-MLE, they effectively only have just under $60 million to spend on re-signing their free agents, their first-round pick, a new free agent with the NT-MLE, and minimum salaried players to reach minimum roster requirements. $60 million is probably too small of a budget to accomplish all that, especially considering that Davis’ maximum salary takes up a little more than half of it.

Let’s say Lakers re-sign Davis for the maximum amount, Pope for $12 million, Rondo for $6 million, Howard for $3.1 million, and they sign their 2020 first-round pick. Let’s also say the Lakers waive and stretch Quinn Cook to save an additional $2.6 million. In this scenario, the Lakers are just $6.2 million below the apron, meaning they’re limited to the T-MLE unless they decrease payroll. At this point, they might just end up using it to re-sign Morris at above the minimum.

If the Lakers are still determined to use the NT-MLE, they will need to reduce salary. Lakers could get off the salaries of Danny Green ($15.4 million) and/or McGee to help increase their space below the apron. They need to clear a little over $6 million in this scenario to be able to use the NT-MLE and fill out the rest of the roster with minimum players. One route the Lakers can go to get there is getting off McGee’s salary and trading Green for a player who earns at least $2 million less than him. Getting off Green’s salary completely would give them a ton of space below the apron, but at a minimum, this works.

There are forces out of the Lakers’ control that could help them without forcing them to clear any salaries. For one, the league and players union can agree to keep the salary cap at $109.1 million but increase the luxury tax to $139 million and apron to $145 million. These were the original projections for the luxury tax and apron for the 2020-21 season before COVID-19. According to Marks, most teams are reportedly pushing for this outcome so they can have more flexibility to make transactions this offseason. This is advantageous to players too because it will allow teams to sign them to bigger contracts.

If this were to happen, it wouldn’t necessarily help the Lakers land a really good player with the NT-MLE. One such free agent includes Danilo Gallinari, who told Michael Scotto of HoopsHype that he will “look at every situation presented”, and told Sportando that a “championship is more important that a contract” right now. While that sounds wonderful to Laker fans, a higher luxury tax would make it easier for other over-the-cap teams to acquire Gallinari in a sign-and-trade where he can earn more than the NT-MLE and get at least three years on his deal, as opposed to one with the Lakers. If the luxury tax and apron increases for everyone, that creates more competition for top free agents.

Something that could really go in the Lakers’ favor is if the luxury tax and apron stay the same as it was in 2019-20 but the NBA grants the Lakers request to eliminate the dead salary of Luol Deng off their book. The Lakers would clear just as much flexibility as in the previous scenario where they move McGee and Green. If fewer teams have the flexibility to pay a really good free agent like Gallinari, getting $5 million wiped off their payroll would give the Lakers a big advantage to sign a player like him.

Ultimately, the Lakers won’t need a higher luxury tax and apron, or to get Deng’s dead salary eliminated to accomplish their goals. They can get the flexibility they need to use the NT-MLE with a few trades and as long as they don’t overpay their free-agent role players. The league is only getting stronger next season with the Warriors and Nets finally getting healthy and other contenders like the Clippers, Celtics, Nuggets, and Mavericks improving on the margins and building off continuity. The Lakers will need to improve their roster with every tool at their disposal, and signing a very good player with the NT-MLE could give them an edge.