Along with historical facts here’s a look at a few interesting numbers of note heading into Sunday’s game between UF and Tennessee. 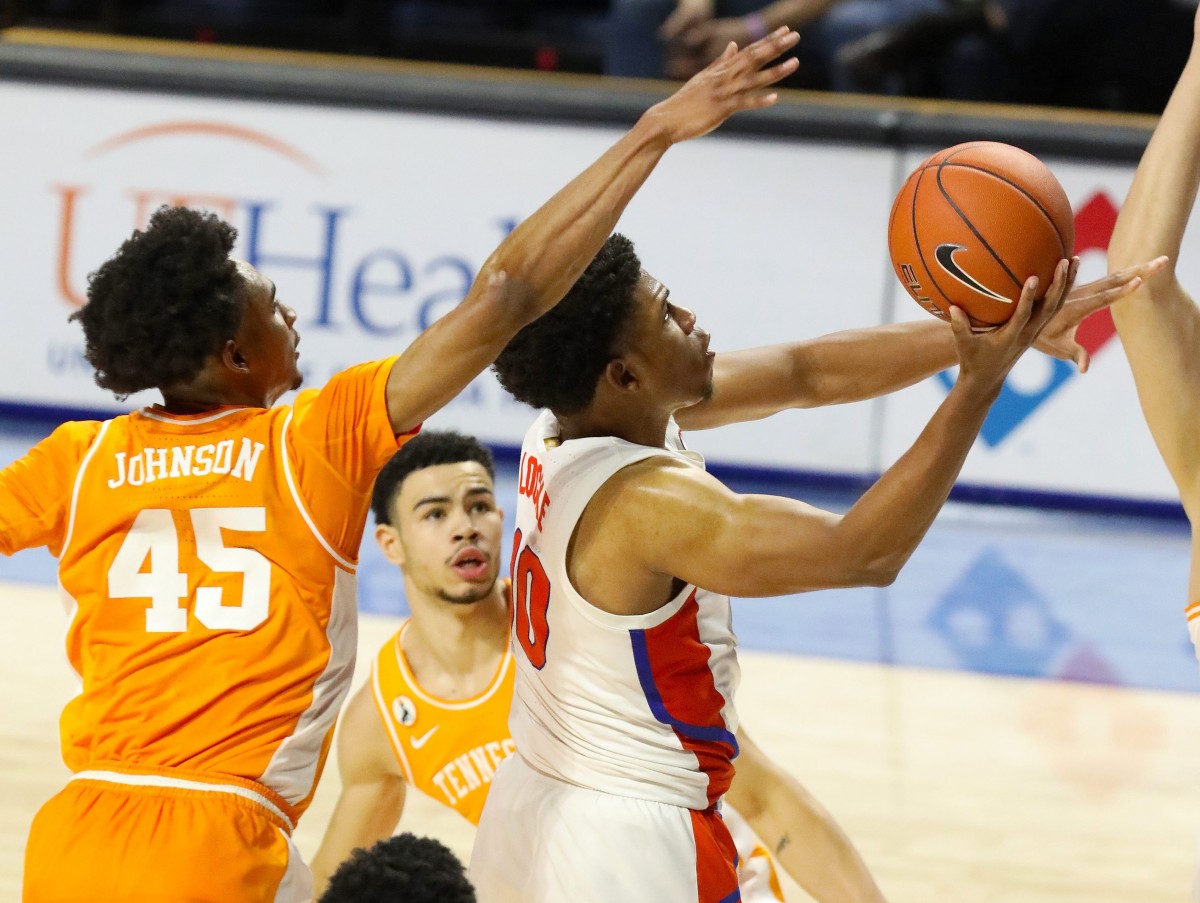 The regular season finally comes to a close on Sunday for the Florida Gators (13-7, 9-6 SEC) and the Tennessee Volunteers (16-7, 9-7 SEC) after a season that could be described as anything but “regular”. Despite the COVID pandemic — which was responsible for this game’s rescheduling — and Keyontae Johnson‘s calamitous collapse resulting in his loss for this season, it has been a rocky road in 2020-21 to say the least.

While Tennessee reached greater heights this season, spending a fair chunk of time hanging out in the national top 10, it finds itself in a similar position as Florida — outside of the top 25 and vying for a double-bye entering the Southeastern Conference Tournament. The Vols hold an edge in the NET rankings, sitting at No. 23 while Florida is not far behind at No. 27 as of Saturday night.

Historically, UT leads the all-time record at 76-58 since the first meeting in 1927, which UF lost in Knoxville by a whopping score of 22-19. The Vols’ win totals in the first half of the rivalry pretty much account for the overall difference between the two schools, while in more recent years it has been extremely even. Florida holds the longest winning streak at 14 games from 1991 to 1998 while Rocky Top ran off nine in a row from 1978 to 1982.

As mentioned above, the matchup of late has been dead even, with the schools splitting their last twenty games with 10 wins apiece dating back to 2009. Prior to that, the Vols oddly held the upper hand during what was the Golden Era of Gators basketball in the latter half of the aughts.