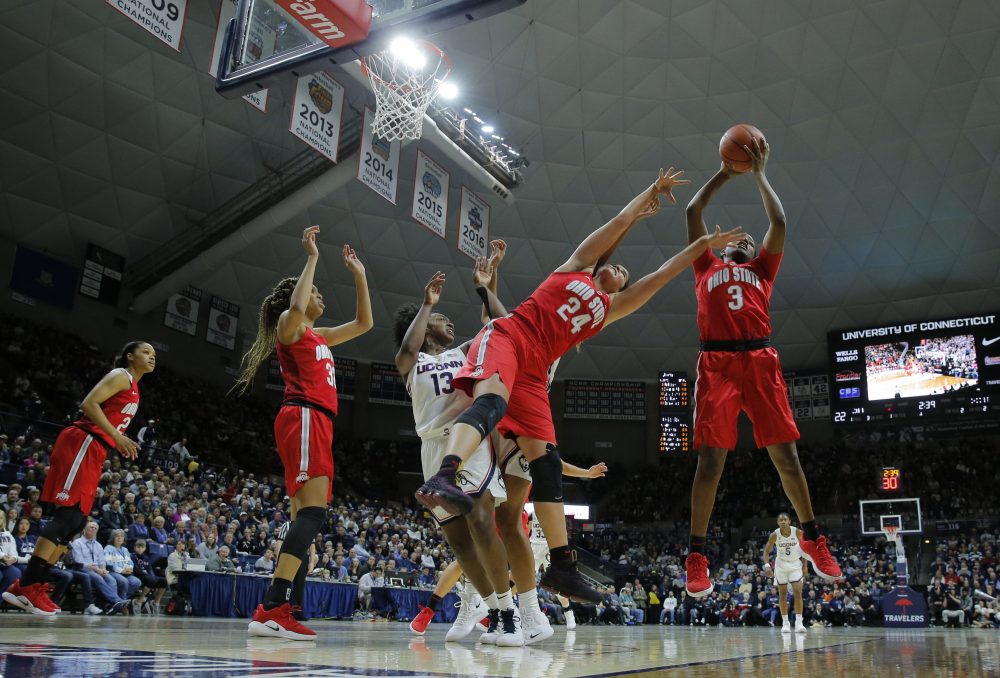 The Ohio State Buckeyes women’s basketball team backed up a big win over Michigan on Thursday with a strong performance against Penn State on Sunday.

Dorka Juhasz led the Buckeyes with 23 points and 12 rebounds, and Aaliyah Patty added 13 points. Kierstan Bell and Janai Crooms both also scored in double digits off the bench for the surging Buckeyes.

Ohio State didn’t play its best game of the season (that was still the upset win over Louisville), but it did enough to gut out a win over a solid Big Ten opponent.

This was Ohio State’s third game in six days, and there’s not much time to rest. The Buckeyes visit Michigan State on Thursday before hosting Illinois on Sunday. Both the Spartans and Illini are towards the bottom of the Big Ten so far, but neither team is much of a pushover. After those two, the Buckeyes have a big road trip against Iowa coming up. That game will be important for Ohio State’s NCAA tournament hopes and potential seeding.

Ohio State has shown it can play with and beat anyone this year, but the Buckeyes have also put in some poor performances in bad losses. If they can add real consistency to the clear talent, then these Buckeyes might become a real threat moving forward this season.