A look at the greatest college football teams of all time according to expert Jeff Sagarin’s formula including a breakdown of Big Ten teams. 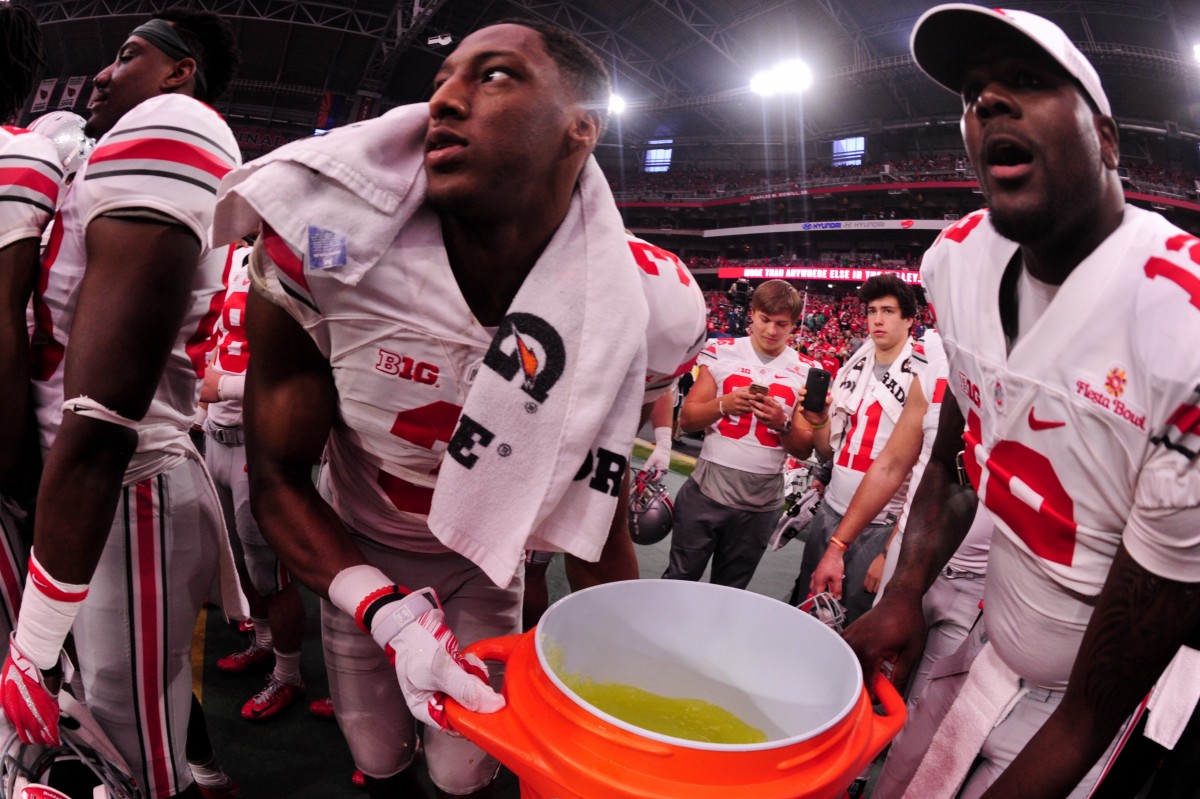 When was the last time you had the great debate over which college team in which era fielded the best team ever?  Earlier today?  Thought so.  Well, now we can finally settle this debate once and for all (or at least try).  With it being the 150th season of college football, longtime USA TODAY computer rankings expert Jeff Sagarin compiled a list of the top 150 teams in college football history.

This task was not an easy one considering how much college football has changed and evolved over the year. Sagarin explained that the ranking method combined a won-loss-tie method with a pure score method to attempt to eliminate one method from dominating during the process. He stated: “To achieve a high rating, a team must have a great won-loss record, have won its games by decisive scores, and also have played a decent schedule.”

Where do Big Ten teams rank? Let’s take a look…

Ohio State did an outreach event leading up to the Fiesta Bowl. Get a look at the impact it had. 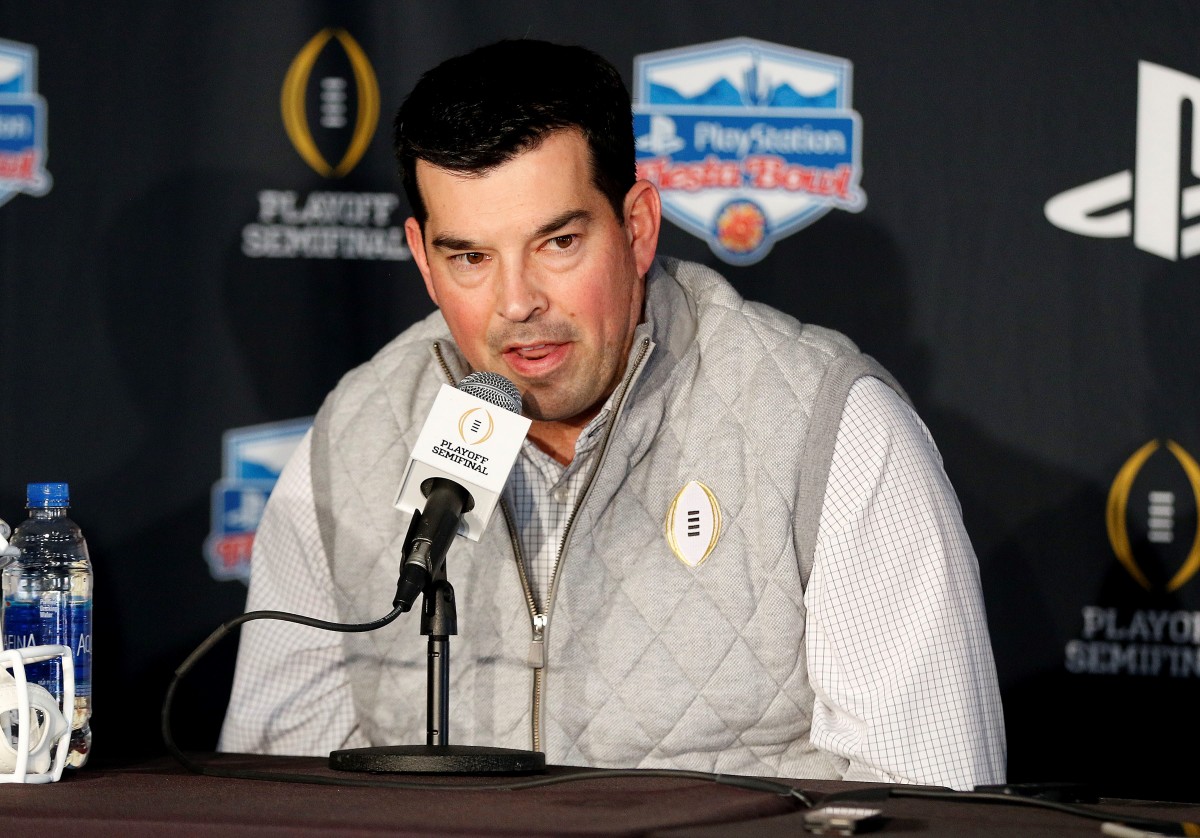 While the major focus this week has been preparing for the opening match of the NCAA College Football Playoff, Ohio State football players made time to give back. On Monday, approximately 40 Buckeyes teamed up with children in need to take them on a shopping spree.

The event was a partnership between Dick’s Sporting Goods and Child Crisis Arizona, an organization that supports at-risk youth and families in Arizona. The players helped the children pick out clothes, toys, and equipment to ensure this holiday season will be one to remember.  Dicks Sporting Goods and the Fiesta Bowl Charities each equally contributed to allow each child to have $200 to spend on any item in the store.

Ohio State DE Zach Harrison had this to say about the event: “It’s rewarding to take part in events like this because it’s a reminder that not everyone is as fortunate as we are. I love doing this. I love being able to put a smile on a kid’s face. It’s very rewarding.

The No 2. seed Ohio State Buckeyes are back in action when they take on the No. 3 seed Clemson Tigers Saturday in the Fiesta Bowl in Phoenix, Arizona. The game is schedule for 8 PM EST. 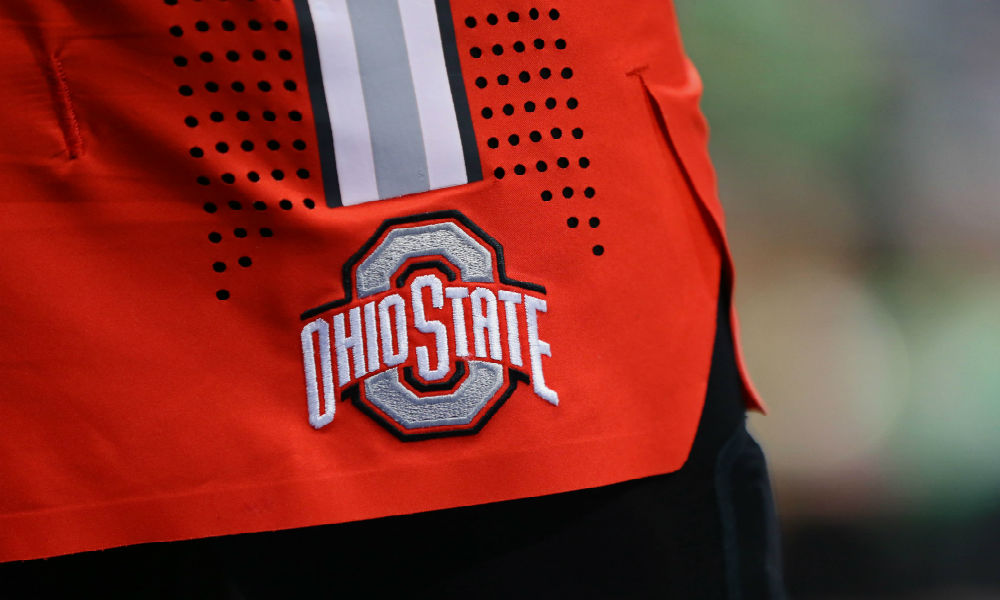 When two Big Ten schools meet on the court so far this basketball season, the odds are against the visiting team.  Ohio State was 9-0 heading into its match against the then 4-5 Minnesota Gophers. Poised to take the No. 1 spot had they remained unbeaten; the Buckeyes could not overcome the Gophers who held Ohio State to a season-low 38.3% shooting and the team dropped to No. 4 as a result in the latest USA TODAY Coaches Poll.

The Big Ten has a total of five teams in the USA TODAY Coaches poll with Michigan at No. 15,  Michigan State at No. 18, and Penn State making its first appearance at No. 24.

Kansas capitalized on a slew of upsets this week. https://t.co/kHA0CyVfWe

The Ohio State Buckeyes return to action at home against Southeast Missouri State on Tuesday before traveling to Las Vegas to square off against another top-ranked opponent in the University of Kentucky. 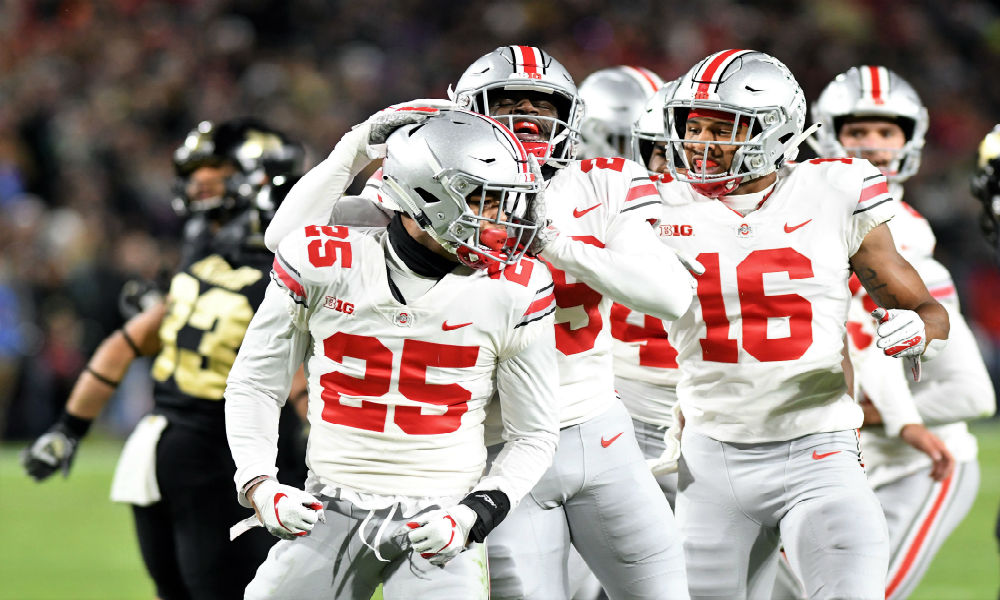 What a difference one year can make. Ohio State Football safety Brendon White was helping to improve the OSU defense just one year ago, but he has entered his name in the NCAA transfer pool per multiple sources.

He finished the 2018 football season as a break-out defensive player with 45 tackles including four tackles for loss, and one interception. His performance against Washington in the Rose Bowl resulted in Defensive MVP honors with his seven tackles, including two for loss and one pass breakup.

White was a junior coming into the current football season for Ohio State and was expected to continue to have a major impact at the new “Bullet” position — a hybrid safety/linebacker position. His time on the field was limited to start the season and non-existent the final few games with the Buckeyes employing mostly just one high safety in a new scheme.

He recorded 19 tackles this season including two tackles for loss, one sack, and one pass breakup through the first 10 games, but did not play against Penn State, The Team Up North, or against Wisconsin in the Big Ten Championship. When asked about his absence for the B1G Ten Championship, head coach Ryan Day stated: “He wasn’t available for personal reasons” and it is to be determined if he will travel with the team to the Fiesta Bowl.

The Ohio State Buckeyes are set to compete against the Clemson Tigers in the Fiesta Bowl on Saturday, December 28th at 8:00 PM EST. The winner will earn a spot in the National Championship game.

But first, we’re getting some of the end of the regular season drama and nuggets that seem to work their way out into the light this time of year. There’s no word on where White is looking to transfer to, but as that materializes, we’ll let you know.

The first round of invitations was sent out and the Senior Bowl announced this week that Ohio State Linebacker Malik Harrison, cornerback Damon Arnette Jr., and defensive tackle Davon Hamilton have accepted their invitations.

The Buckeyes defense was ranked  No. 2 overall for yards allowed and No. 5 for points allowed.  Harrison was the season leader with 69 tackles including 16 tackles for loss, 4.5 sacks, four pass breakups, and two fumble recoveries.

Jim Nagy, the Senior Bowl Executive Director, referred to Malik Harrison as “one of the most talented LBs in this year’s draft”:

Congrats, @Leek_39! Our first Buckeye for 2020 and should be more coming. Excited to get one of the most talented LBs in this year’s draft down to Mobile. Made a big jump from junior to senior tape. Senior Bowl is now 12-for-12 at the LB position. 🎯#TheDraftStartsInMOBILE https://t.co/Ca1jbFyW6y

Harrison is one of the top NFL prospects from the Ohio State senior class and was listed as the 4th best linebacker according to NFL draft analyst Matt Miller.

The Senior Bowl is scheduled to be played on January 25, 2020, in Mobile, Alabama.