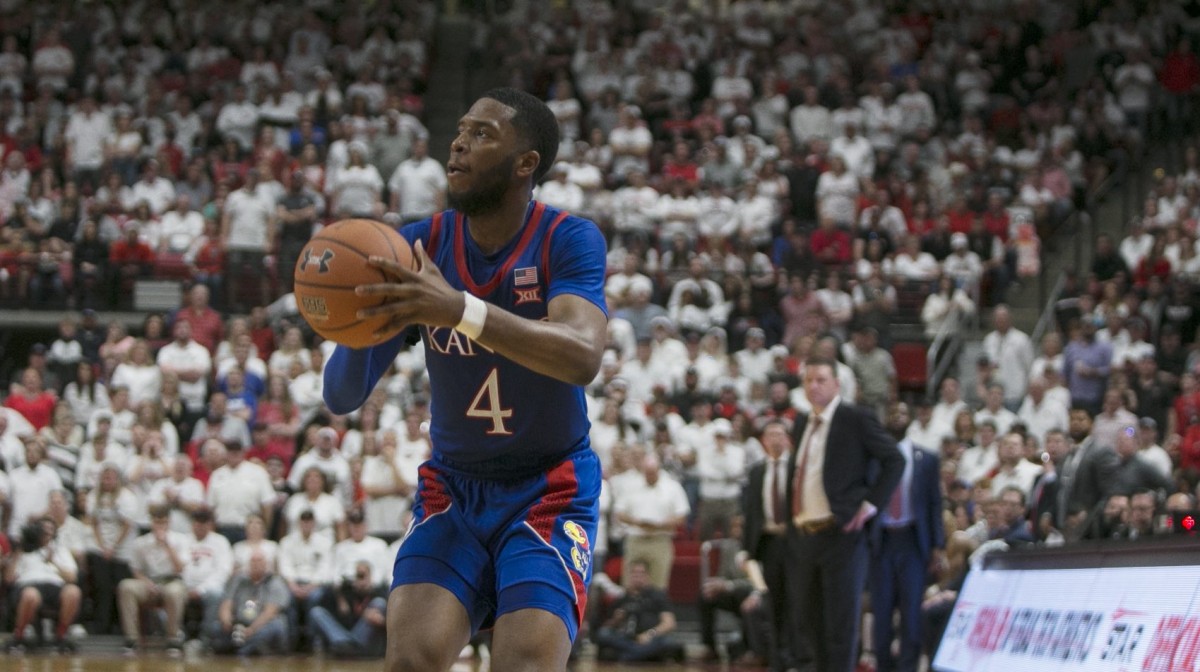 The 2020 Big 12 Conference Tournament kicks off Wednesday at Sprint Center in Kansas City. The tournament features two matchups Wednesday, and four battles Thursday. The Kansas Jayhawks secured the No. 1 overall seed in the tournament, and a handful of teams are in good shape for at-large bids whether they win the tourney or not, while others need a deep run. Below, we look at the futures odds to win the Big 12 tournament.

The Jayhawks enter the tourney as the hottest team in the conference, winners of 16 in a row. They’re also a very impressive 7-2 ATS across their past nine outings, so remember that as you bet single games through the postseason. Kansas is likely to land as one of the four No. 1 seeds in the NCAA Tournament barring an absolute disaster in their first game in this tournament.

Get some action on this event or others by placing a bet at BetMGM.

Kansas will be challenged by Baylor, a team they split with during the regular season. They won in Waco against the Bears 64-61 Feb. 22, so if they match up in the Final, expect to sweat out every minute. They’ll have a pro-Jayhawks crowd filling the seats in Kansas City, so that adds to their chances.

The FAVORITE IS WORTH A BET AT +105, as the Jayhawks are on a tear right now.

The Bears looked like they were a slam-dunk No. 1 seed for most of the season, but they faltered down the stretch, going 2-3 straight up and 1-4 against the spread, losing to Kansas, at TCU and at West Virginia in the final month. As such, they’re not nearly as strong of a play as the favored Jayhawks. In fact, it’s Kansas, and then the drop-off is precipitous.

If you pick two teams to play, BAYLOR IS WORTH A SMALL-UNIT BET AT +315, but they’re playing their worst ball of the season.

The Mountaineers humbled Baylor 76-63 in the regular-season finale March 7, bouncing back after a late three-game skid, and a 1-6 SU stretch between Feb. 8-29. Their late-season swoon really makes this a wide-open tourney, especially if Kansas somehow stumbles. Still, the Mountaineers were really bad down the stretch, and they played .500 ball in the conference. There’s not much value at this price. AVOID.

The Red Raiders gave Kansas a scare in the regular-season finale, but they dropped each of their past four to go from an NCAA Tournament certainly to a bubble team in need of some quality wins. They got hot last season en route to their first-ever Final Four. Can they do it again? A four-game skid to close out the season suggests otherwise. AVOID.

The Sooners might be the best value on the entire board. Some talking heads have them projected as a 9-seed for the NCAA Tournament, but they will likely breathe easier on Selection Sunday with a win or two in this tournament. Like Baylor, Texas Tech and West Virginia, the Sooner had their issues down the stretch. They lost three in a row from Feb. 15-22, although two of those losses were to Baylor and Kansas, so there’s no shame in that.

A SMALL-UNIT PLAY TO WIN THE BIG 12 AT +1600 IS A GREAT VALUE. Their defense ranks 36th in the country with a 39.9 defensive field-goal percentage. They’re also 20th in the nation in free-throw percentage at 76.6.

The Longhorns looked to be rolling into the postseason, winning and covering five in a row from Feb. 19-March 3; however, they were smashed 81-59 at home by a mediocre Oklahoma State team, casting doubt on their viability and landing them right back on the bubble in need of two wins to realistically have a shot at the NCAA Tournament, if not an overall win. Confidence is low, as they were swept by Baylor, swept by Kansas and went 1-1 against Texas Tech and West Virginia. AVOID.

The Horned Frogs were a thorn in people’s sides down the stretch, and they even beat Baylor Feb. 29 by a 75-72 count in Fort Worth. They were 2-4 SU/3-3 ATS in their final six games, and they lost two games to Kansas by a total of 23 points, showing they have nothing for the top seed. They also had an ugly 46-point loss at Texas Tech Feb. 10 which sticks out like a sore thumb. AVOID.

The Cowboys finished with three wins to close out the regular season, hotter than any lower seed. In a wide-open Big 12, they have just as good of a chance as any to run to the Final, but can they beat Kansas? They lost by 15 and 25 to the Jayhawks, and were swept by Baylor by a total of 15 points. They were also pounded by West Virginia in two games by an average of 16 points. AVOID.

K-State lost 10 straight games from Feb. 1 to March 4 before winning the final against Iowa State. Nothing to see here. AVOID.

The Cyclones dropped 10 of their final 13 contests, and they were 1-5 ATS in their final six, so remember that for their first-round matchup. I-State lost two games to Kansas by a total of 46 points, two to Baylor by a total of 27, etc. No chance the Cyclones find any magic. AVOID.

Want some action on this tournament? Place a bet at BetMGM. For more sports betting picks and tips, visit SportsbookWire.com.