Former Buckeye J.J. Wolf won the third Challenger title of his career as he prepares for Australian Open qualifying. 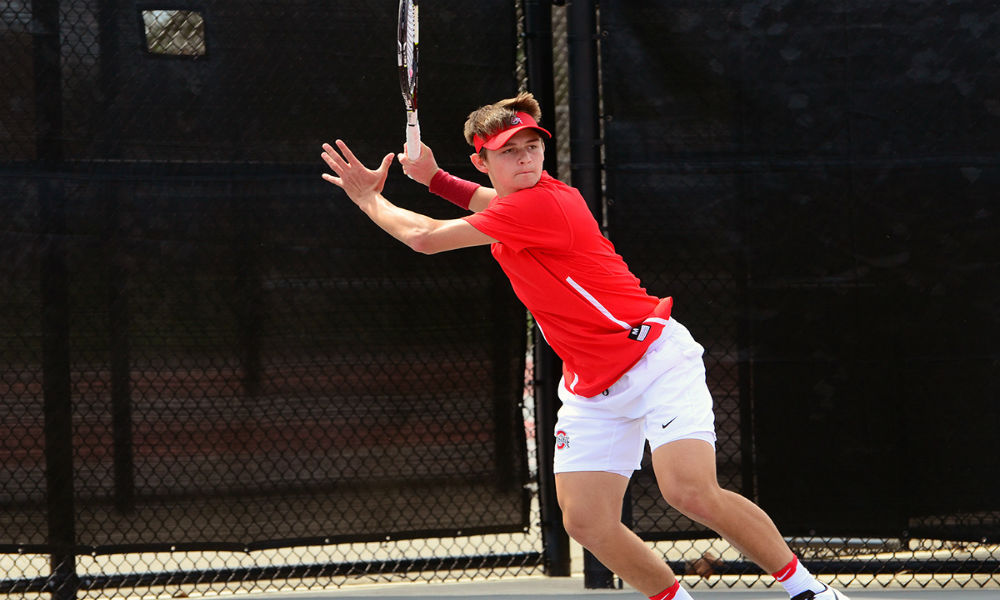 Former Ohio State tennis standout J.J. Wolf captured his second straight Challenger Tour title this past week, winning the trophy in Noumea, New Caledonia. (New Caledonia is a French-administered territorial island not too far from Australia.) He easily defeated Top 100 player Yuichi Sugita in the final, 6-2 6-2. In fact, Wolf was dominant all week. The only set he dropped was a second-set tiebreaker to World No. 80 Roberto Carballes Baena.

Wolf is now on an 11-match winning streak, as he won the Champaign Challenger–on the campus of the University of Illinois back in November, before tennis’ off-season.

Wolf was the No. 1 NCAA player in the country for most of last season, and his transition to the professional circuit has been smoother than most college stars. The former Buckeye is not yet competing in top-level ATP Tour events, but he is consistently performing well and winning on the Challenger Tour, the sport’s second-highest professional circuit. Wolf now has won three Challenger Tour titles, including one at Ohio State in Columbus last year.

Last week also witnessed a Challenger tournament in Ann Arbor, where many former and current NCAA players competed. Like the Columbus Challengers, that tournament is one of a growing number of Challenger tournaments hosted by college tennis programs. Instead of staying near home to compete there (against a much weaker field), Wolf chose to play in New Caledonia because he will be competing in qualifying for the Australian Open this week.

With a career-high ranking of World No. 181, Wolf begins his qualifying campaign on Wednesday. He has to win matches on three consecutive days to reach the main draw. He will be joined in qualifying by former Buckeyes Blaz Rola and Mikael Torpegaard, who are also ranked inside the Top 200.

On the women’s side, former Buckeye Francesca Di Lorenzo is ranked No. 121 in the world and is seeded 14th in the qualifying draw. She begins her qualifying campaign on Tuesday against Julia Grabher.