With variance in NIL rules state-by-state, Eccker Sports launched a platform to provide information and resources to recruits, families and coaches. 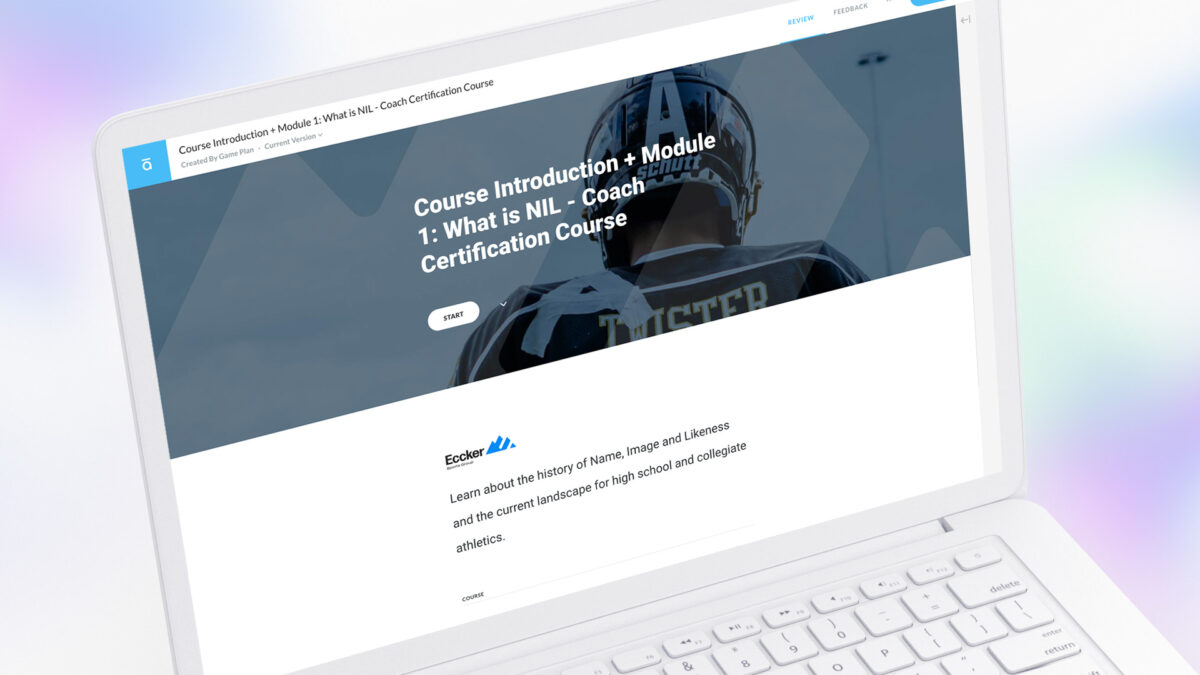 Regardless of stance on whether college athletes should be allowed to profit off name, image and likeness, one facet of the NIL debate is largely agreed upon from both sides: There’s uncertainty in the rules that govern athletes’ allowances, rules that lack structure and vary for high school recruits from state to state.

As it currently stands across the country, there’s widespread variability, with seven states permitting athletes to profit off their name and likeness, 17 states considering changing bylaws and 26 states prohibiting it. The inconsistency adds extra difficulties in recruiting because athletes must know how signing a deal that guarantees college money could affect their high school eligibility.

In Texas, for instance, NIL deals are not allowed for high school athletes. And that restriction — and potentially its lack of clarity in Texas — played a role in the No. 1 football recruit in the class of 2022, Quinn Ewers, skipping his senior year of high school in favor of enrolling at Ohio State early and signing an NIL deal reportedly worth $1.4 million.

“I do think that there’s going to be some lawmakers at some point that are probably talking about it, but it’s going to take years,” said Vandegrift (Texas) High School head coach Drew Sanders. “…Parents want to make sure that they’re not doing anything that would get them in trouble eligibility-wise … This is all brand-new for everybody, so I have really zero experience with this. As a coach, I’m not really sure where to steer them to.”

Uncertainty in the immediate wake of sports legislation is nothing new, whether league-specific like the NFL’s concussion protocol or broad, widespread changes like Title IX.

Ten months since the passage of the NIL policy, the aftermath perhaps most closely mirrors that of the NCAA’s mid-1980s adoption of Prop 48, which mandated a minimum for high school grades and college entrance exams scores. Today, it’s a standard model. But when it was passed, it was controversial.

“It threw the entire market into a tailspin because it really changed the way the NCAA ruled on eligibility,” said Randy Eccker, a longtime figure in the sports digital media and technology landscape. “It completely changed the dynamic, but nobody took the time to go in and educate the high school market on what it meant to them and how to do it.”

While the implementation of Prop 48 lacked the resources for affected athletes, Eccker hopes to lead the charge in this next wave of sports ecosystem education. His platform Eccker Sports announced on Monday the launch of an educational services platform that will target high school students, coaches, teachers and administrators with resources including video curriculum, state-by-state information, tools for coaches to educate their communities and a network of legal, financial and tax experts.

The website is the exclusive high school partner of Game Plan, a platform with partnerships at the collegiate and professional level that provides learning resources, career planning and other developmental programs to athletes.

“Fast-forward even 10 years and this will be a normal part of the athletic landscape and the athletic education landscape, but today, when we’ve gone in and talked to coaches and administrators at the high school level, there’s a lot of fear and trepidation because it’s so new,” Eccker said.

The need for education on NIL is more expansive than finding a deal without affecting high school eligibility. Chuck Schmidt, Vice President and Executive Director of High School for Playfly Sports and the former COO of the Arizona Interscholastic Association, said that high schoolers whose parents’ jobs take them to different states might be unexpectedly affected. Tax obligations must be outlined for athletes. Athletes and families who see a chance for an influx of money but don’t know the laws could be exploited, whether by signing with someone who isn’t qualified, agreeing to have large percentages of money taken by the agent, or accidentally signing a deal to grant likeness to a brand in perpetuity without realizing the long-term implications.

“NIL is just thrown around how great it is for kids to be able to do that, but there’s always something else that starts developing after decisions are made,” Schmidt said. “It’s an environment where every state has its own traditions, law, state law and that culture. Education … is going to be very critical to the success of what’s about to come.” 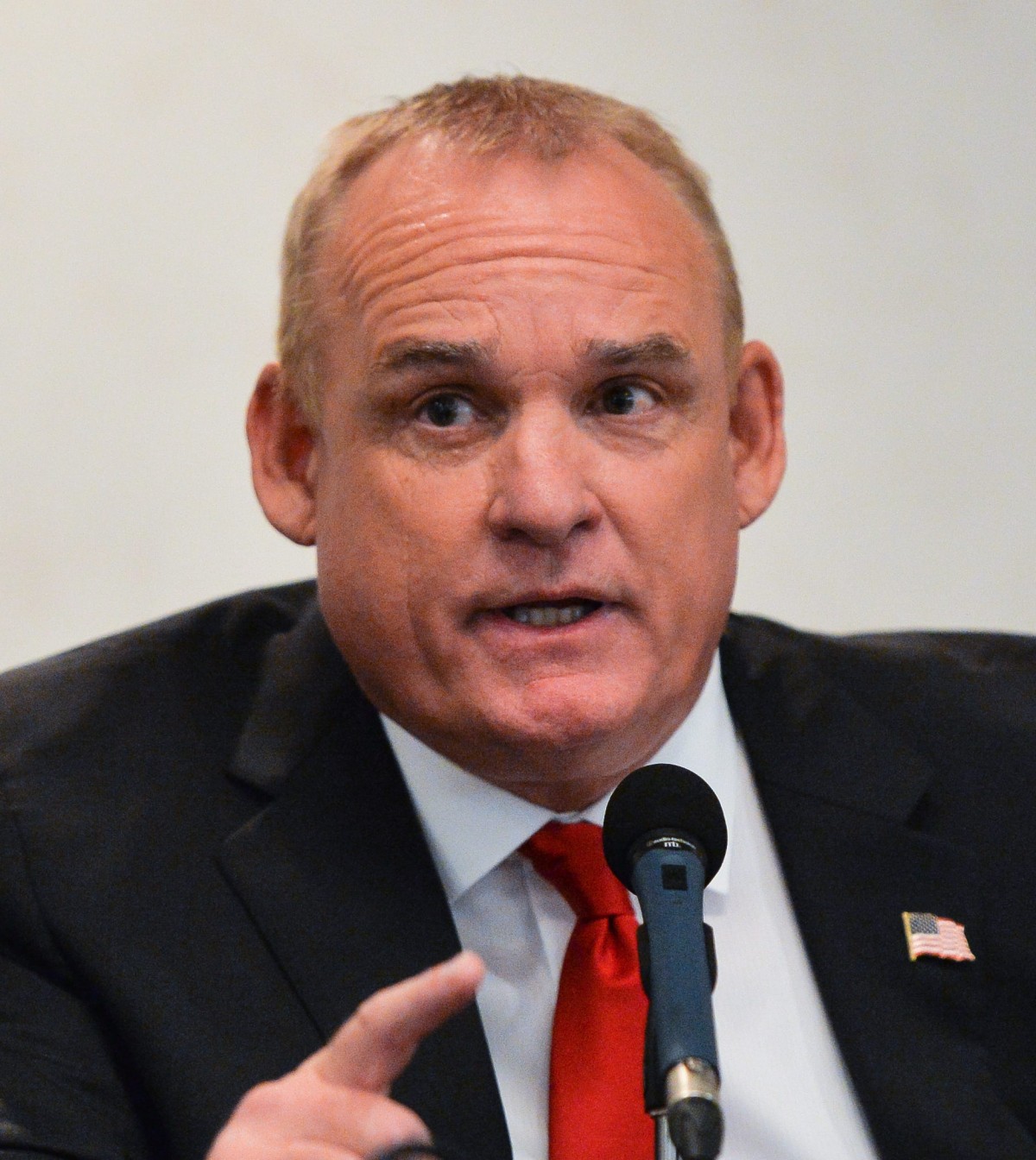 A Florida politician is being accused of making racists remarks to a Hispanic teenager at a local tennis club.

The incident gained attention late Friday when a video was posted on Twitter. The person filming the video is a 15-year-old Puerto Rican junior tennis player who was at the club for a youth tournament, according to his uncle Javier Irizarry.

“That’s racism, man; how can you say something like that? Aren’t you human?” the young tennis player tells Hyde.

“This is a private club; get out,” Hyde responds.

Hyde then tries to have the person recording the video kicked out of the club in a rolling argument that moves from the tennis courts to inside the club. Somebody again accuses Hyde of racism.

“You’re telling me to cut grass because I’m a Hispanic,” a person on the video says.

Hyde first denies on the video that he made the “cut the grass” comment.

“You said! You said cut some grass, man,” is the response from someone on the video, or possibly multiple people.

“Yes, so what?” Hyde responds.

Hyde adamantly denies saying anything racist but acknowledges he acted inappropriately. Hyde said the players were talking loudly and disrupting a lesson his son was taking, but that he should have handled the situation better.

“I haven’t had anyone condone my poor behavior and I’m not without regret for it myself,” Hyde wrote. “That having been said I agree with those that have said the best form of redemption might be a public one.”

The politician initially said he had planned to quit the Sarasota City Commission race following the allegations, but now says he may continue running for the seat held by Commissioner Liz Alpert.

“I haven’t made a final determination yet as I want to consult with more people whose opinions I value, but for now I’m rescinding my campaign termination,” Hyde wrote in an email.

Hyde told the Herald-Tribune Saturday that his “Yes, so what?” statement was not an acknowledgment that he made the “cut the grass” comment, but was in response to another allegation.

“I was replying to a previous comment,” about being rude, Hyde said.

The incident apparently got Hyde banned from the Bath & Racquet Club.

The teenagers told the politician that they were from Puerto Rico and they knew how to speak English. That’s when Hyde began to start shouting at them, according to Sergiodilanpr.

“After he yelled at us, he left and sat a table a little away from us and continued staring,” Sergiodilanpr said. “My partner and I looked at each other and smiled nervously, which he sees and asks ‘whats so funny?’ And I answered, ‘nothing about this is funny.'”

That’s when Hyde told them to “go cut grass,” according to Sergiodilanpr.

The Twitter thread by Sergiodilanpr also mentioned that Hyde said he would give them $50,000 for the video, something Hyde denies.

Hyde said in a text message that the claim that he would offer $50,000 “for a video I didn’t even know existed is a blatant and ridiculous lie.”

The wealthy Sarasota businessman and prominent Republican is known for being brash and outspoken. He ran for a City Commission seat in 2017 and lost, but has remained active in local politics and is a fixture at city meetings.

The Herald-Tribune uncovered a police report from February that detailed another incident in which Hyde was accused of using racially charged language in a confrontation with some construction workers.

A pair of construction managers told police that the politician was on their property when Hyde yelled an obscenity and told “Mexicans” to “turn off their Spanish music.”

Hyde disputed using obscene language. Asked whether he remarked about the workers playing “Spanish music” Hyde said: “I can’t remember what I said nine months ago, who knows. I can’t confirm or deny.”

The confrontation was part of what the construction managers described to police as “ongoing disputes” with Hyde, who has a history of confrontations documented by police.

Hyde’s behavior has drawn scrutiny in the past. The Herald-Tribune published an article during the 2017 race that delved into questions about Hyde’s temperament.

“Documents filed during Hyde’s lengthy 2010 divorce reveal accusations, later dropped, that he threatened his ex-wife, and police reports detail heated exchanges with officers during traffic incidents,” the Herald-Tribune reported, noting that Hyde was described by officers as “irate” and “belligerent.”

Hyde also has been aggressive in criticizing the City Commission. He typically is unapologetic about his behavior, styling himself as a no nonsense truth teller, but has been more contrite after the latest incident.

“I was rude and, yeah, it’s not appropriate,” Hyde told the Herald-Tribune Saturday, even as he insisted he did nothing racist.