The #49ers 2021 draft class will be featured heavily Sunday in Carolina in an important week for that group. 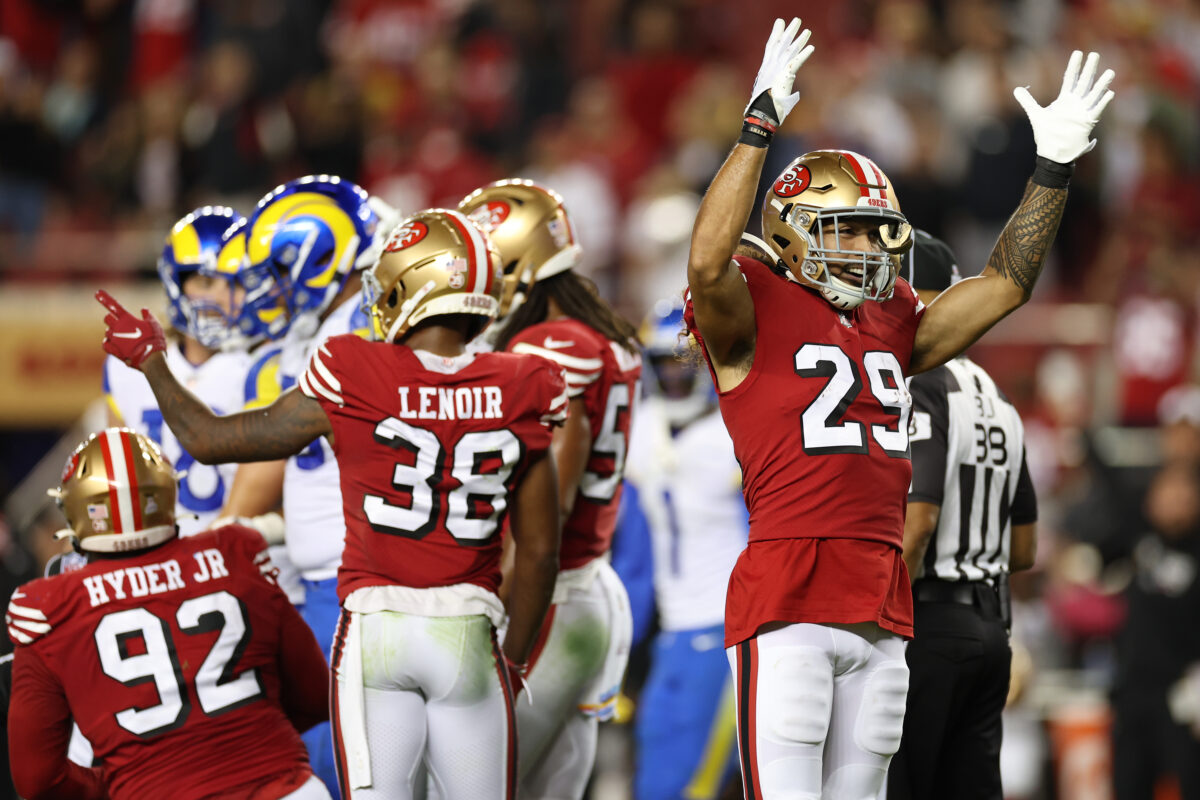 The 49ers’ 2021 draft class was always going to be a massive turning point for the franchise. At first it was quarterback Trey Lance and three first-round picks it took to acquire him that would appear to define the next decade or so of football in San Francisco. Now as Lance watches from the sidelines with an ankle injury, it’s the rest of the draft class that will be front and center when the 49ers visit the Panthers on Sunday.

Almost every player from last year’s class will have some kind of role in Carolina, and that group’s success could widen the margin of error for Lance and the front office. If the non-Lance picks can churn out a couple of quality starters and a couple of depth pieces, the 49ers can still contend immediately and in the long term even if Lance doesn’t reach his ceiling.

After 5 games, one of Oregon’s breakout defenders is being projected as a top-10 pick in the 2023 NFL Draft.

The Oregon Ducks have had some positive momentum when it comes to first-round NFL draft picks over the past several years. From Justin Herbert, to Penei Sewell, to Kayvon Thibodeaux this last spring, Oregon is on a 3-year streak of having a player taken in the top 10. Going into the 2022 season, there was once again some buzz growing in Eugene that a top-10 pick was starting to make himself known on the defense; linebacker Noah Sewell, the younger brother of Penei.

That prediction hasn’t quite come to fruition, but Oregon still has a defender that is now being projected as a top-10 pick in 2023.

Cornerback Christian Gonzalez is making a name for himself early on.

According to Pro Football Focus writer Mike Renner, Gonzalez is one of the best players in the 2023 draft, and will be the first CB taken off of the board. So far this year, Gonzalez — who transferred to the Ducks this season from Colorado — has 15 tackles and 1 interception, giving up 15 catches on 25 targets for 143 total yards. Those stats are inflated a bit by games against the Georgia Bulldogs and Washington State Cougars, but in his three best games, Gonzalez has held his receiver to 6 catches on 14 targets for 34 yards.

It’s clear that Gonzalez is among the best cornerbacks in the Pac-12 and now it’s starting to be apparent that he’s in the conversation for the best in the nation. Where would that land him in the 2023 NFL draft? Take a look at Renner’s mock:

With the first month of football season in the books, Draft Wire editor Luke Easterling updates his early projections for the 2023 NFL draft 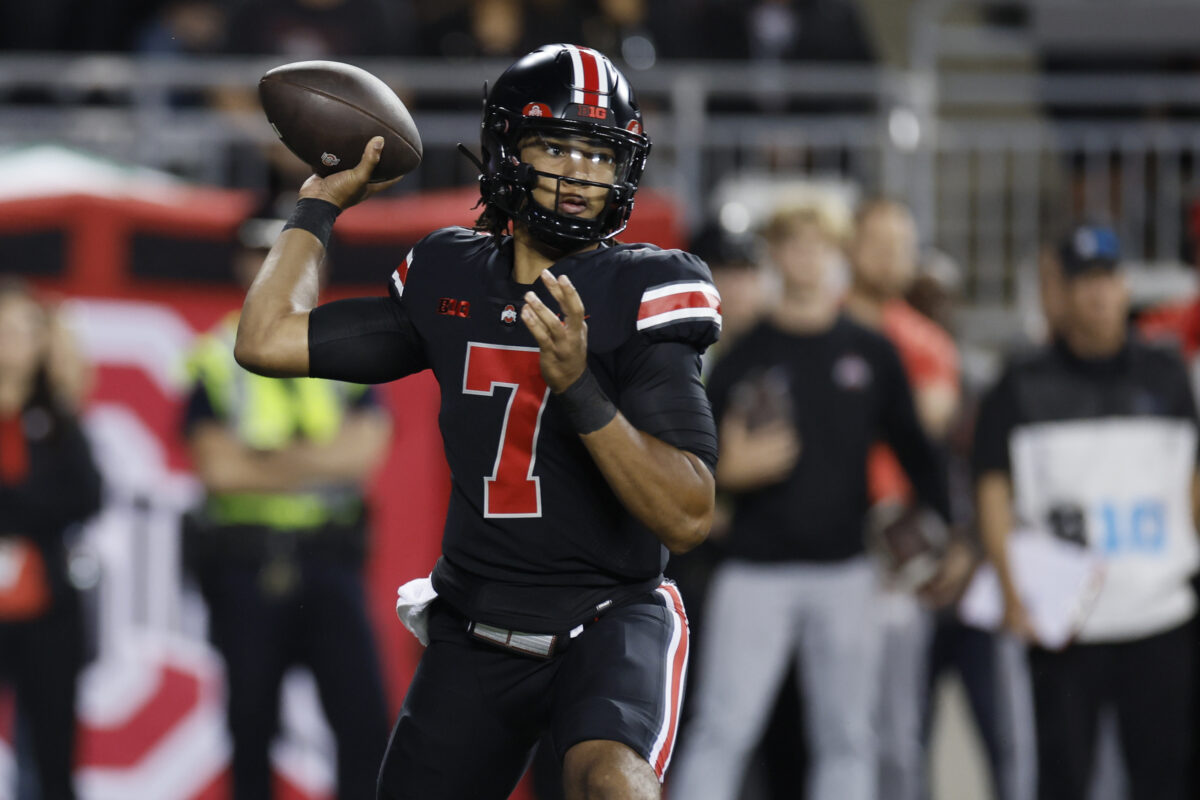 We’re a month into football season, and that means we’re starting to learn more about teams and players at both levels, and how they might converge when the 2023 NFL draft rolls around.

We’ve seen draft stock move in either direction for big names and sleeper prospects alike through the first few weeks of the college football season, while the NFL campaign has already delivered a few surprises in the win/loss columns, as well as projected team needs.

Keeping all that in mind, here’s an updated look at how the first two rounds of next year’s draft could shake out, using the latest power rankings from Touchdown Wire to determine the draft order:

*NOTE: The Miami Dolphins forfeited their first-round pick in next year’s draft as a result of the NFL’s investigation into tampering violations.

Four weeks into the 2022 season, which NFL teams still have a huge need at quarterback, and which ones have found an unexpected solution? 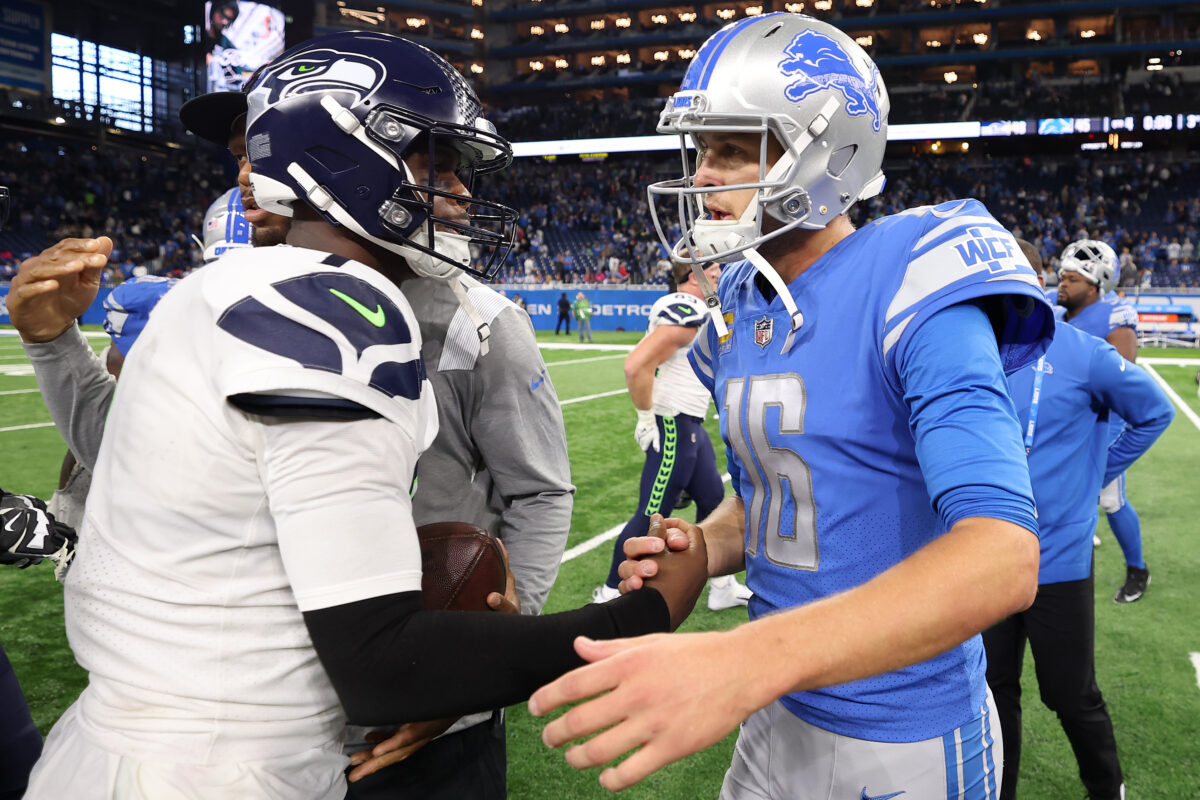 At the beginning of every NFL season, we like to think we have a good grasp on the needs of each team, and how they will look at the following year.

But like clockwork, we’re consistently surprised at how things turn out to be entirely different than our initial perspective once the games actually start happening.

Quarterback situations can be particularly volatile, with expectations changing rapidly in-season. Let’s take a look at how some QB situations are looking now after a few weeks of the NFL season; which teams still look like they have a huge need there, and which ones surprisingly might not:

PFF Mock Draft: See who the #Raiders select in Round 1 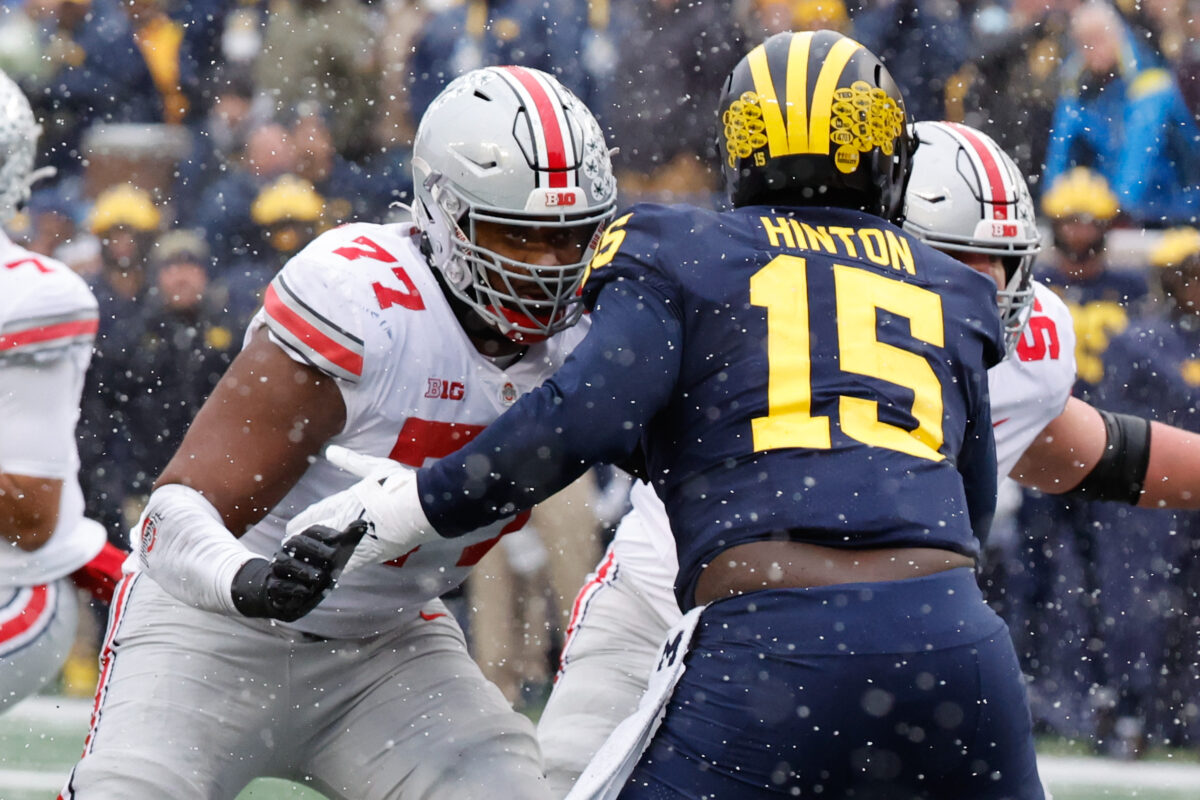 If the NFL season ended today, the Raiders would have the No. 5 pick in the 2023 draft. It still feels pretty unlikely that the Raiders will pick that high as they are starting to turn things around after their Week 4 win against the Broncos.

But it’s never too early to look ahead and see what players the Raiders could be interested in selecting in next year’s draft.

In a recent mock draft by Michael Renner of Pro Football Focus, he has the Raiders going back to the offensive line in Round 1 to select Paris Johnson Jr. Here is what Renner had to say about the player and the fit with the Raiders:

“Another Buckeye goes in the first round, and this time it’s right-guard-turned-left-tackle Paris Johnson Jr. His foot speed has shined on the edge, where he’s allowed only three pressures on 152 pass-blocking snaps this season.”

It’s a pretty safe bet to assume that the Raiders will be searching for offensive line help next year. They have their left tackle in Kolton Miller, but the right tackle spot needs to be solved. Johnson could fill that spot as he’s played all crossed the offensive line for the Buckeyes.

Keep an eye on Johnson during the rest of the college football season as he is a sure-fire first-round pick in next April’s draft. 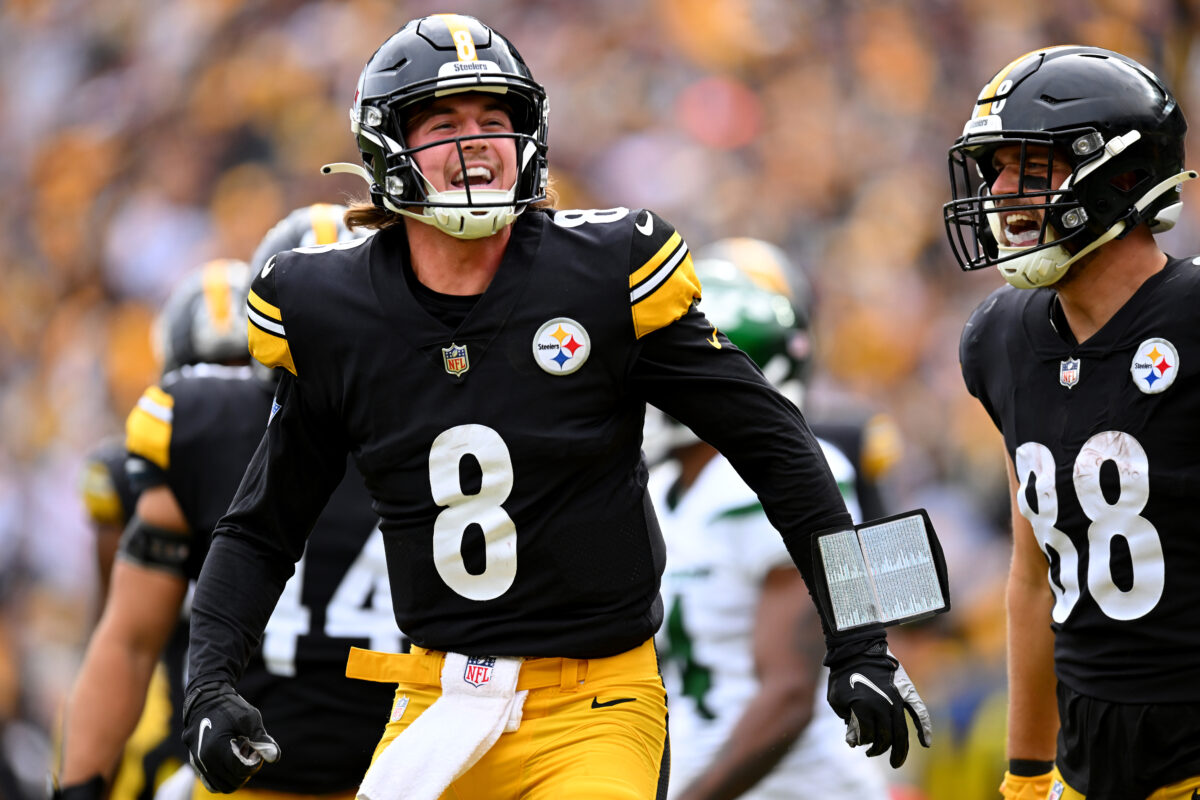 The #Steelers are expected to move forward with rookie QB Kenny Pickett, sources say, as the first-rounder is set to replace Mitch Trubisky in the lineup. Pickett saw his first action on Sunday and is slated to be the QB moving forward. pic.twitter.com/Lc2ZiMerlg

The Pittsburgh Steelers had seen enough of Mitch Trubisky as their starting quarterback Sunday, replacing him halfway through the game with rookie first-round pick Kenny Pickett.

Apparently, the Steelers liked what they saw enough to stick with Pickett moving forward, according to NFL Network’s Ian Rapoport.

Pickett threw a trio of interceptions in his regular-season debut Sunday, but two of them were deflections, and the other was a Hail Mary attempt at the buzzer. The No. 20 overall pick out of Pitt rushed for a pair of touchdowns, and helped inject some life into Pittsburgh’s struggling offense.

Trubisky was expected to give the Steelers a veteran bridge to Pickett, and it appears they’ve made it to the other side just four weeks into the season. 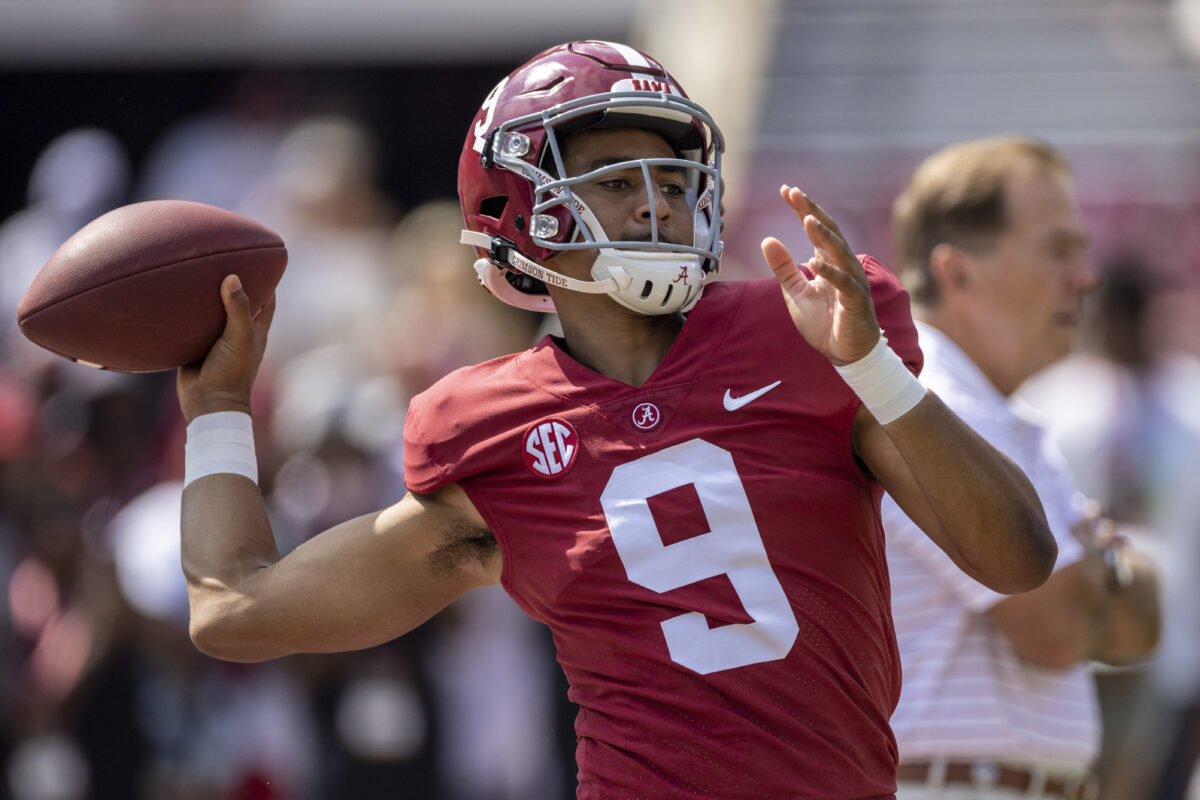 “He's got a little bit of a shoulder injury. It's not a long-term injury, he’s gonna be day-to-day.”

It looks like Alabama may have dodged a bullet when it comes to the injury prognosis for their star quarterback.

Bryce Young left Saturday’s game against Arkansas with an injury to his right (throwing) shoulder, and did not return. Speaking to the media Monday, Crimson Tide head coach Nick Saban said Young is considered “day-to-day,” adding that it’s not a long-term injury.

Young went down awkwardly while trying to throw the ball away at the end of a play near the sideline, and remained in the game for one more play before exiting. He was visibly upset as he entered the medical tent before eventually heading to the locker room.

Last year’s Heisman Trophy winner, Young is also widely regarded as one of the top quarterback prospects in the 2023 NFL draft class. 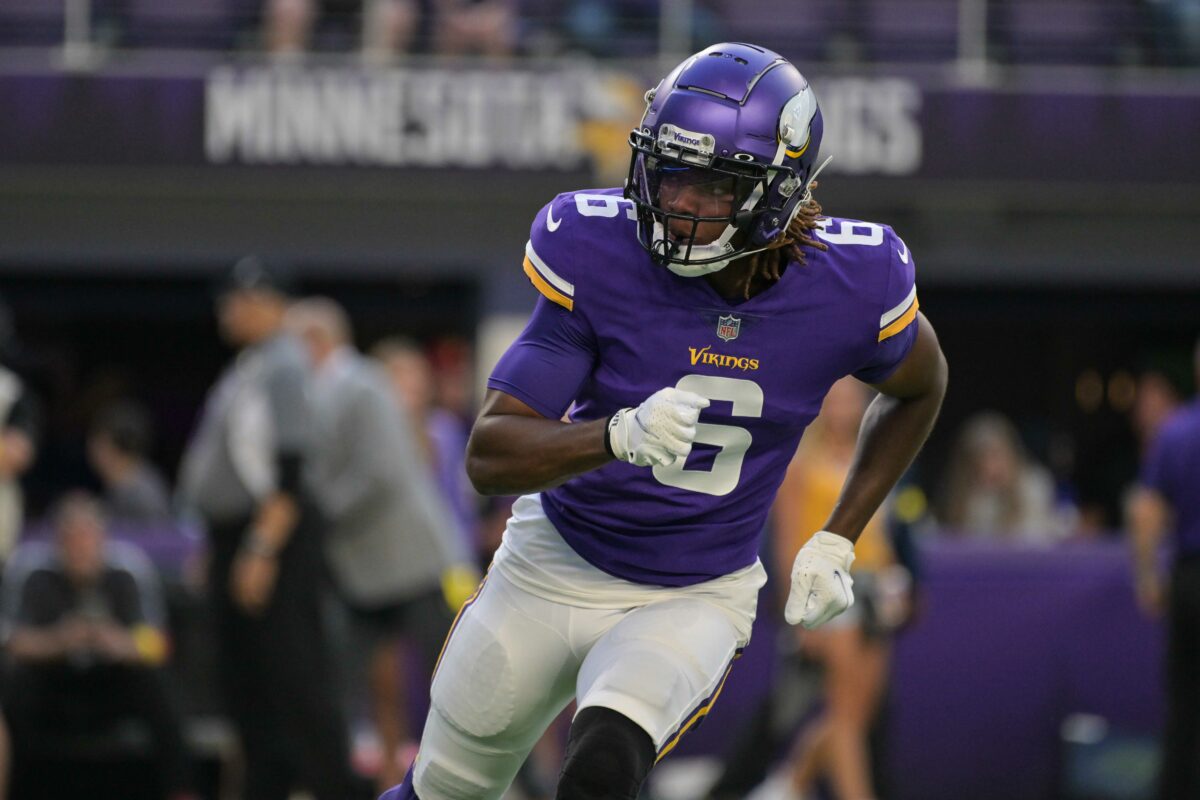 Speaking to reporters in London, Vikings coach Kevin O'Connell said that S Lewis Cine will remain in London to undergo surgery on a fractured leg. Some members of the organization will stay back with him.

The Minnesota Vikings appear to have lost rookie safety Lewis Cine to a serious injury.

The first-round pick out of Georgia suffered a lower leg fracture during Sunday’s game against the New Orleans Saints, and will remain in London to undergo surgery, head coach Kevin O’Connell told the media after the game.

A versatile playmaker who helped lead the national champs’ dominant defense last season, Cine had already shown flashes of potential, but might be dealing with a season-ending injury just as his rookie campaign was getting underway.

Hopefully, he’s able to make a full recovery, and still be able to reach his lofty ceiling. 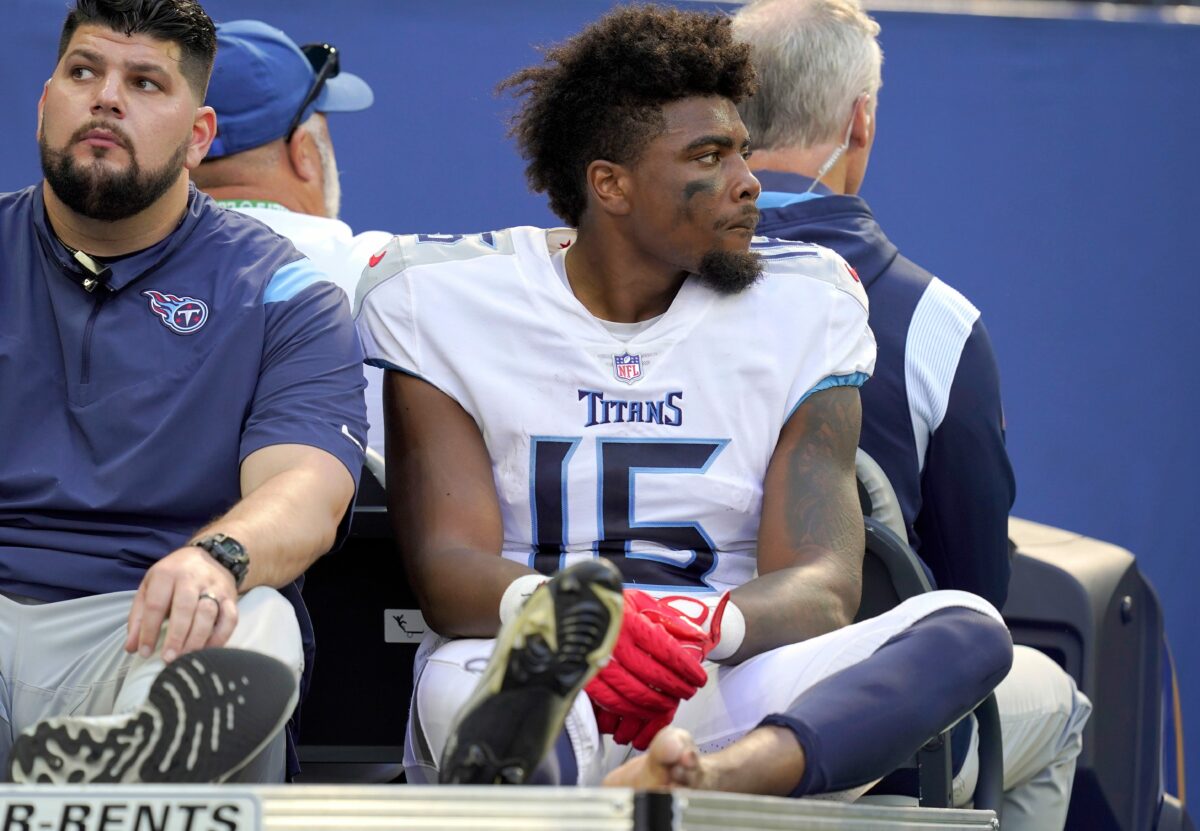 Treylon Burks left the #Titans locker room in crutches with a boot on his foot.

Tennessee Titans rookie wide receiver Treylon Burks was carted off with an injury during Sunday’s win over the Indianapolis Colts.

Burks appeared to suffer a foot or ankle injury, and was later seen in the locker room after the game with crutches and a boot, per ESPN’s Turron Davenport.

A first-round pick out of Arkansas, Burks has flashed some impressive potential as the replacement for AJ Brown. Hopefully, his injury isn’t too serious, and won’t force him to miss extended time. 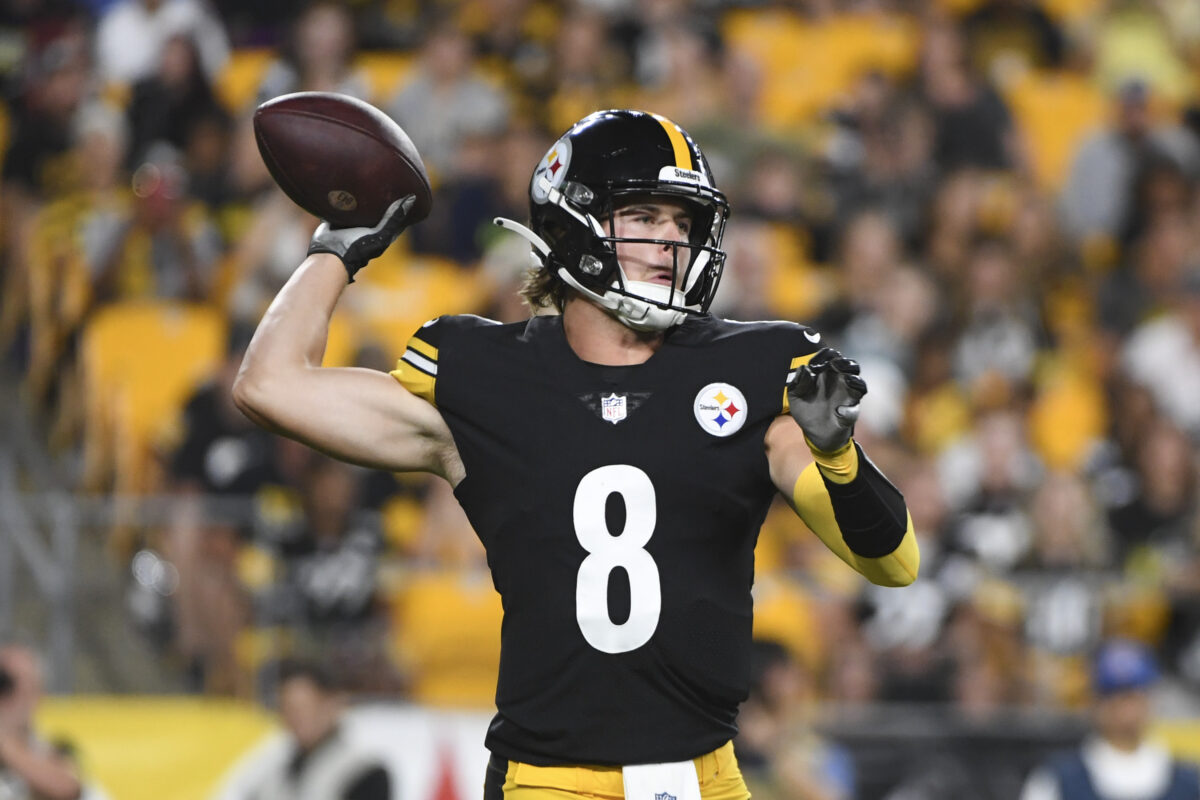 It took three weeks and some change for the Pittsburgh Steelers to end the Mitch Trubisky era at quarterback.

Early in the third quarter, Trubisky was replaced by rookie first-round pick Kenny Pickett, much to the joy of the home crowd.

On his first drive, Pickett converted a 4th-and-inches with a quarterback sneak, but not long after, his first career pass was a deep ball that got picked off by New York Jets safety Jordan Whitehead.

The interception is disappointing, but the Steelers are still better off rolling with the rookie going forward.