The Ohio State women’s basketball team took down unbeaten Michigan and Maryland over the past week to make a huge statement in the league. 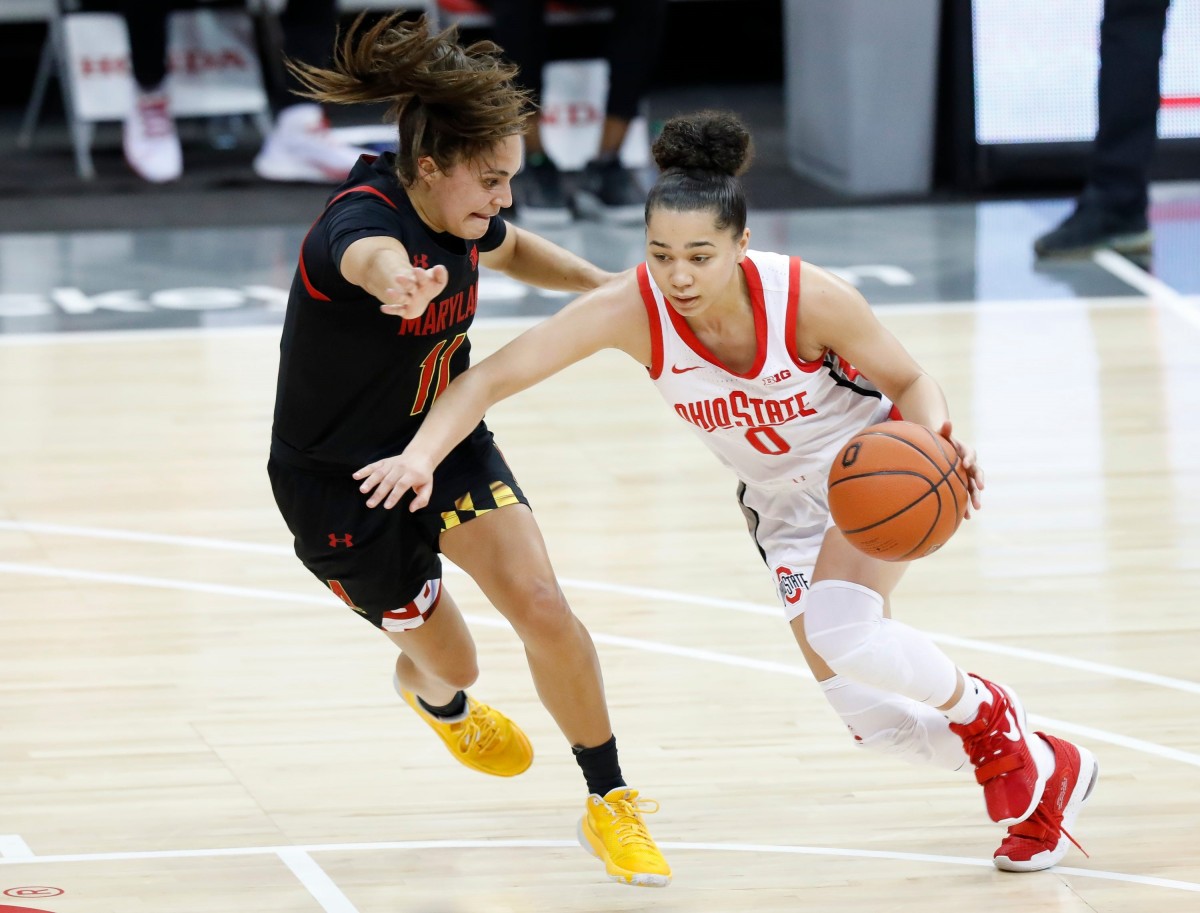 The Ohio State women’s basketball team is rounding into form and just told the nation to take notice.

After beating previously unbeaten rival Michigan last week, the Lady Bucks followed it by taking down No. 7 Maryland 88-86 Monday night to hand the Terrapins their first loss of the season as well. The Buckeyes now sit tied in the loss-column with Maryland, Indiana, and Michigan, and are just one game behind first because of playing two-less games.

Still, it’s clear that Ohio State has what it takes to be among the best in the league, and it has done it with some pretty remarkable balance in scoring. Currently, five players are averaging double figures on the season. Guard Jacy Sheldon leads the team with 17.7 points per game. Just behind her is walking double-double, Dorka Juhasz, who averages 16.3 points and 10.2 rebounds per game. Madison Green, Aaliyah Patty, and Braxtin Miller are also averaging double figures, scoring 14.0, 11.9, and 10.6 points per game.

The Buckeyes now have a lofty 9-1 overall record but still have a lot of work to do in order to continue with the momentum it has generated so far. OSU is next in action at No. 16 Indiana on Thursday.