Dillon Brooks got into it with several Blazers players in their pair of games this weekend, but the former Duck got the last laugh in the end. 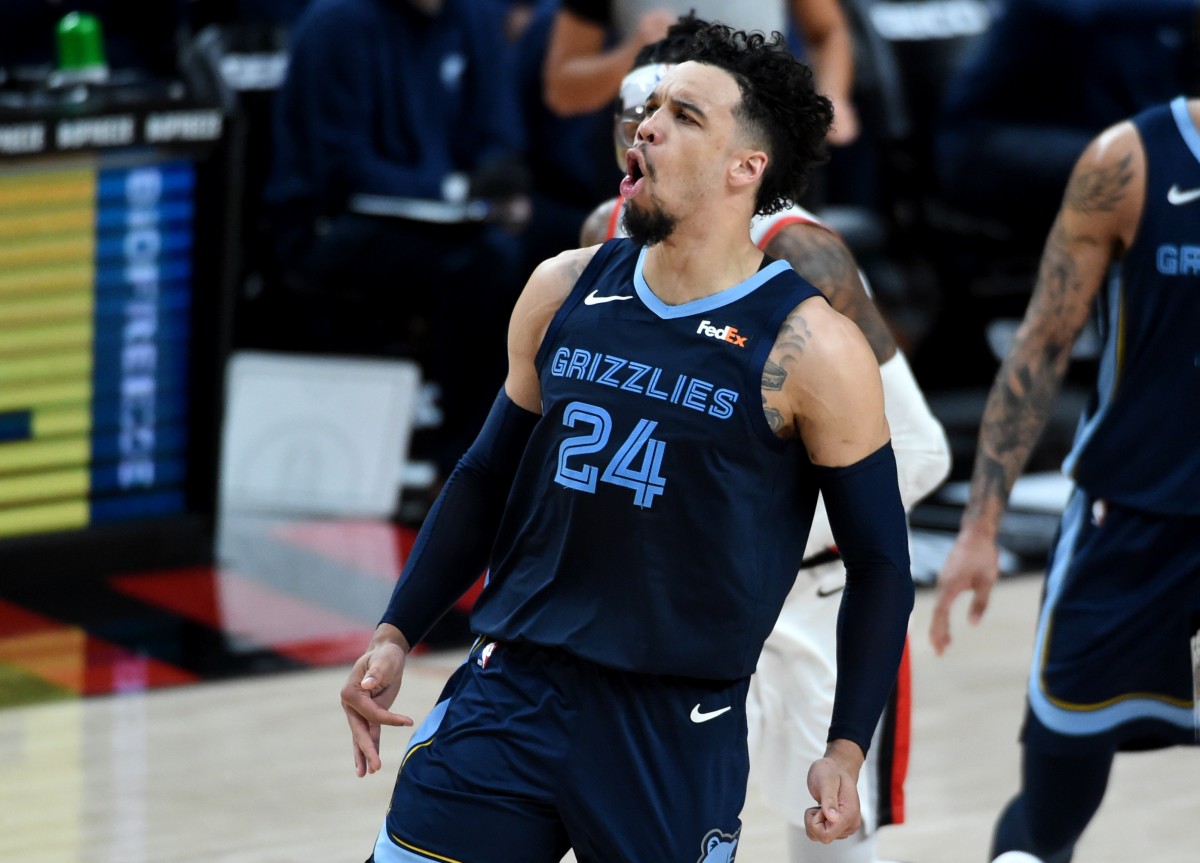 Before we get too far ahead of ourselves and declare that Memphis Grizzlies’ forward Dillon Brooks, a former Oregon Ducks’ standout, owns the Portland Trailblazers, let’s make it clear that we aren’t arguing that point. However, it is impossible to ignore the success that Brooks has found in the great state, even after moving away.

After his incredibly successful career as a Duck, Brooks moved away to Memphis after being drafted and traded in the NBA, and now he seems to get up a little bit extra any time he comes back to his collegiate state.

The most recent example of this took place over the weekend when the Portland Trail Blazers hosted the Grizzles for two games, both of which ended in losses for the home team. In those games, Brooks was stellar, going for 25 points, 3 assists and two rebounds in 34 minutes during the first game, and adding 18 points, 8 rebounds, and 2 blocks in the second.

At one point during the second game, things got a bit chippy between Brooks and the Blazes, with the former Duck taking exception to a foul from CJ McCollum and later being assessed a technical foul after getting into a verbal argument with Carmelo Anthony.

Dillon Brooks and Carmelo Anthony get a double-tech.

Melo comes out and makes four 3s to cut the lead to 2. Talks trash to Brooks on the bench.

Brooks comes back in, makes a triple and three free-throws to stop the Blazers momentum.

For any fan of the Oregon Ducks, watching Brooks get under the skin of another team is nothing new. We saw this a number of times in college as the precocious scorer is quick to let his feelings be known.

Classic Dillon Brooks today. Lighting up the Blazers and letting them know all about it. So good at getting under the skin of opponents as Utah, UCLA, Cal and a few other P12 schools can relate. Oh, and Duke too.

Brooks got the last laugh against Portland, with his team winning the second straight game over the Blazers and moving even closer in the western conference standings in the midst of a race for the final playoff spots.

The two teams will face off once again on Wednesday night, this time in Memphis, so we may see if the Oregon theory has any legs.