J.J. Wolf might have left Ohio State to turn pro, but he still plays his best tennis at tournaments in Columbus. 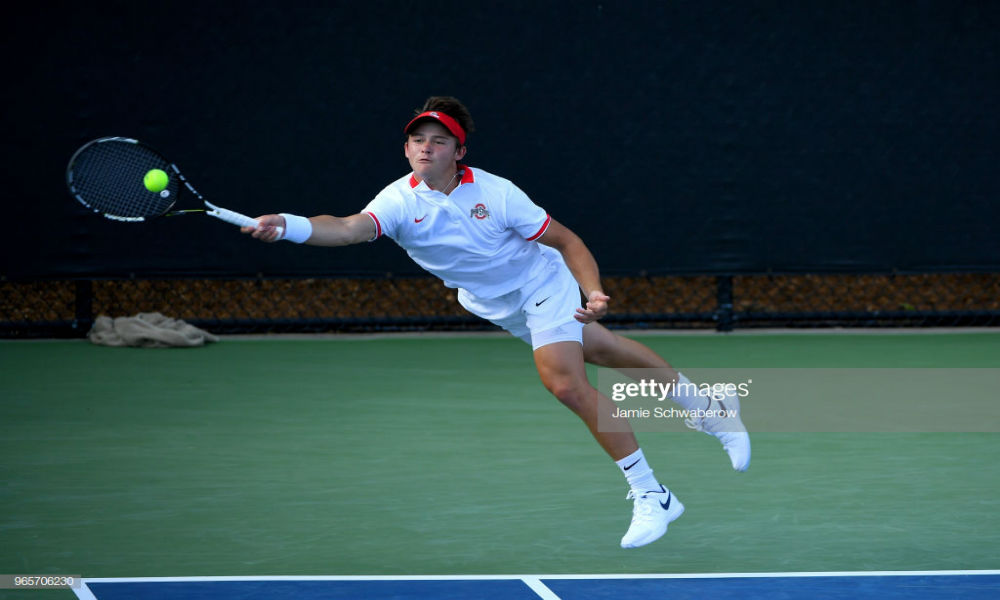 Jeffrey John (known as J.J.) Wolf was a three-year standout at Ohio State. Since leading the Buckeyes to the No. 1 ranking last year, Wolf has moved on to play professionally. Still, Wolf plays his best professional tennis on the Scarlet and Gray courts in Columbus.

For Wolf, though, the Columbus Challengers have been more than just a place to gain experience in college. They are where he is building his professional career, one tournament at a time. Wolf played in all three Columbus Challengers last year, even though he was still in college during the first one. That first tournament, in January, became the first Challenger Tour title of Wolf’s career, as he took a wild card entry and upset multiple seeds along the way, defeating fellow former Buckeye Mikail Torpegaard in the final.

In the second Columbus Challenger last year, Wolf struggled and lost in the second round (after receiving a first-round bye). He came back to reach the final in the third tournament, falling to Canadian Peter Polansky in the final.

This year, Wolf entered the season on a high, winning Challengers in Champaign (at the end of 2019, hosted at the University of Illinois) and Noumea. He continues that form by now winning his fourth career Challenger Challenger title, and his second in Columbus.

Wolf didn’t blitz through the field this week. In face, his first four matches required three sets. However, Wolf gutted his way through them, surviving tough opponent after tough opponent. He beat Torpegaard in two tiebreaks in the semifinals, and then blasted through No. 5 seed and World No. 165 Denis Istomin in the final for a 6-4 6-2 win.

Wolf will now move into the Top 150 of the ATP Rankings for the first time in his career. The sky is the limit for the Buckeye standout, and the higher he goes, the better it is for the program that got him there.