With Chaisson continuing to struggle, moving Ward into a starting role could make a lot of sense for Jacksonville. 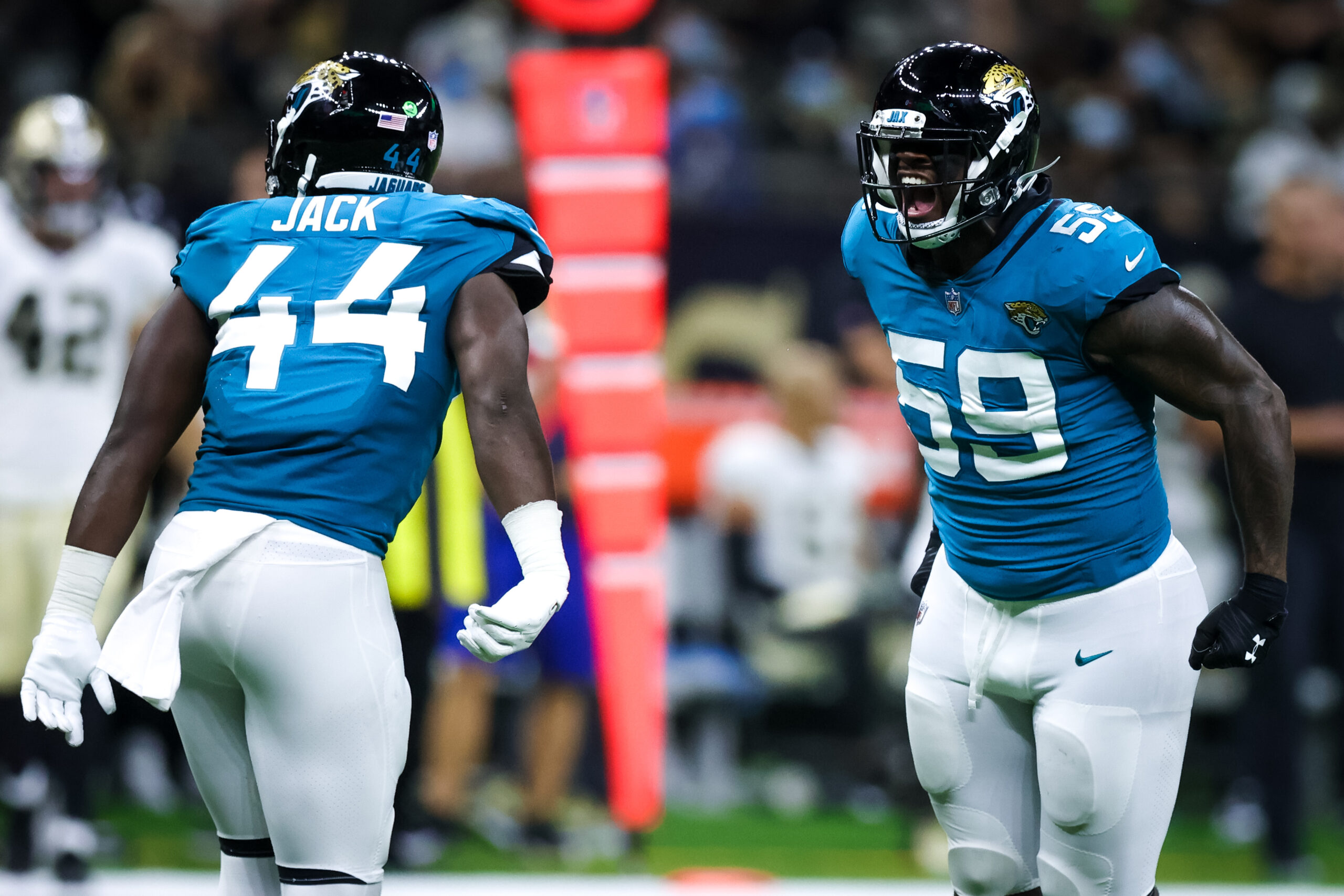 Entering the 2021 season, second-year edge rusher K’Lavon Chaisson had a lot to prove. A first-round pick in 2020, Chaisson only totaled 19 tackles and a sack despite playing in every game. He only made three starts on the season.

With new defensive coordinator Joe Cullen bringing a new 3-4-based scheme, Chaisson was expected to find success playing the same standup edge rushing role he played in college at LSU.

But while the return to a more natural position helped his counterpart, Josh Allen (who had a sack in Week 1), Chaisson was once again largely an afterthought. Despite making the start, he only played on 47% of defensive snaps, totaling just two tackles in the process.

Meanwhile, free-agent acquisition Jihad Ward continues to impress. Ward was added to provide depth to the edge-rushing group, but he has outperformed Chaisson, both during the preseason and in the first game of the regular season.

Ward was on the field for more time than Chaisson last week despite coming off the bench, and that resulted in a four-tackle game in which he also put a hit on the quarterback. Ward followed up a solid preseason in which he totaled a sack with another sound performance against the Texans, and it’s raising some questions about who should be starting on the edge.

Chaisson was drafted by the previous regime, but as one of the products of the Jalen Ramsey trade, the Jaguars really need him to become a contributor to help save face. Still, with the way he’s playing right now, it’s hard to argue Ward doesn’t give the defense a better chance.

What do you think, Jags fans? Should coach Urban Meyer make a change at edge rusher in favor of Ward? Let us know in the poll below.

Joe Cullen has returned to Jacksonville, but this time as a defensive coordinator. Here are some names to watch from his unit in the Jags’ first preseason game. 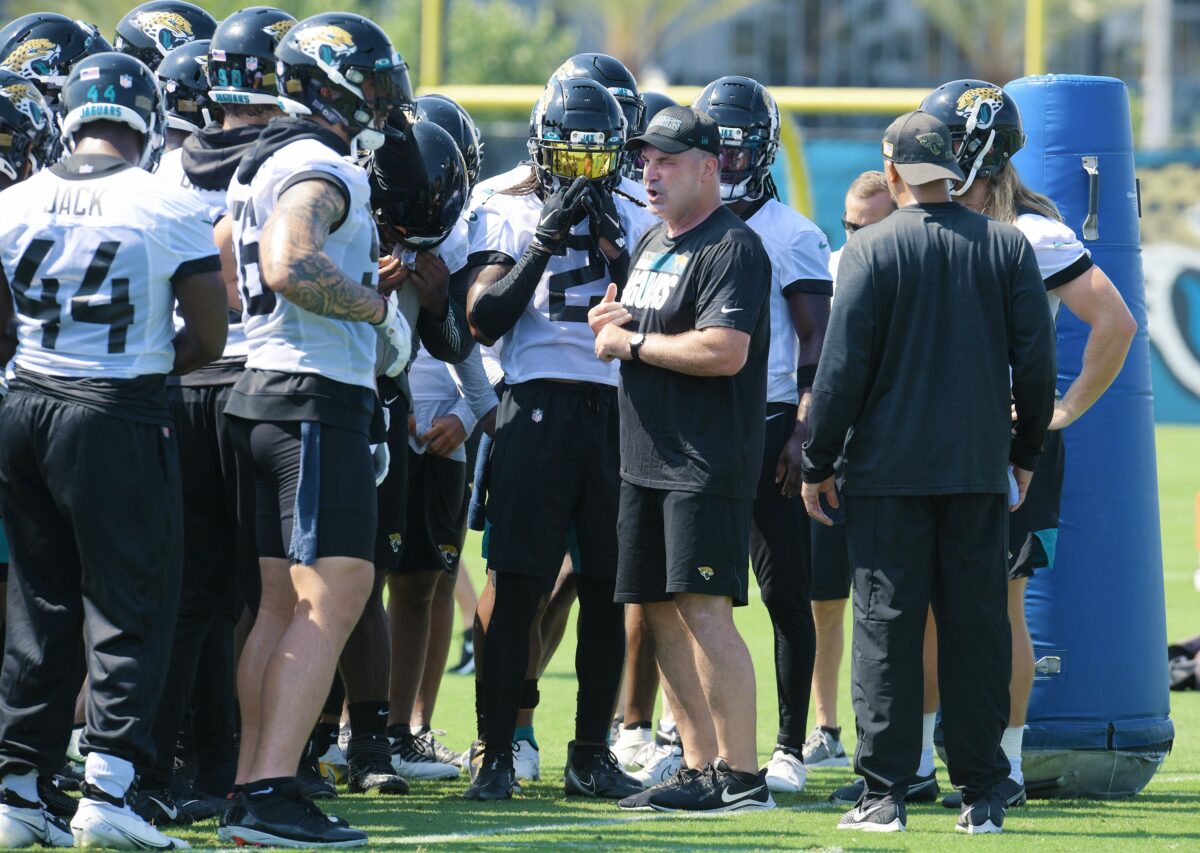 The Jacksonville Jaguars will take the field against the Cleveland Browns for their first preseason game Saturday, and the anticipation is very high despite it not truly counting towards the team’s record. The reason for that is because a new regime is in place, and many changes were made earlier in the year.

Upon naming his staff, new Jags coach Urban Meyer brought in a new defensive coordinator in Joe Cullen, who fans knew from the Jack Del Rio era. They also added several defensive pieces in the draft and free agency to bolster a unit that was one of the worst in 2020, and simply put, Saturday’s game will give many fans a small preview of the unit’s direction.

5 offensive players to watch in Jags’ preseason opener vs. Browns

Here are five players who we will have our eyes on in the process, as the defense begins its improvement journey:

With Yannick Ngakoue’s future uncertain, the Jags have elected to take an edge rusher with pick No. 20 of the 2020 NFL Draft in K’Lavon Chaisson. 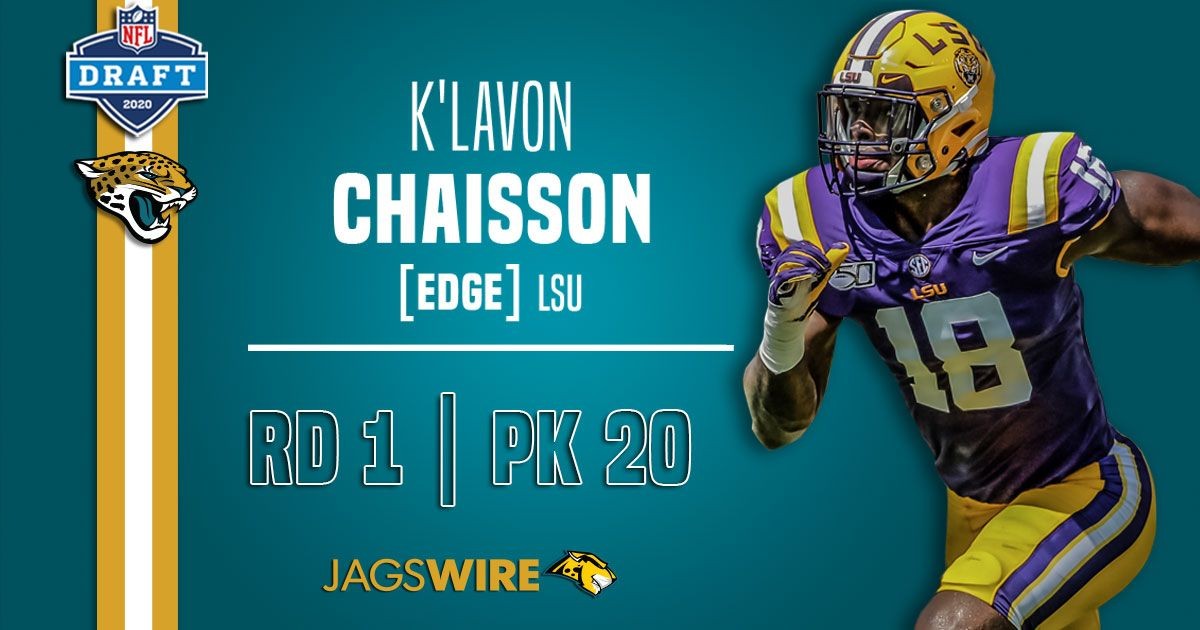 The Jacksonville Jaguars want to get back to playing sound defensive football against the pass, which is exactly why they took cornerback C.J. Henderson with the No. 9 pick. Afterward, they continued to bolster their pass defense by selecting Louisiana State edge rusher K’Lavon Chaisson.

Chaisson’s selection doesn’t come as a shock after defensive end Yannick Ngakoue informed them that he wouldn’t be signing a long-term extension with the team. That said, the Jags felt the need to land Chaisson and will now pair him with 2019’s first round pick on the edge, Josh Allen.

Chaisson was a key contributor for LSU’s defense, which help aid the team to become the NCAA’s national champions of 2019. While there he managed to accumulate 34 tackles, 13.5 tackles for loss, and 6.5 sacks last season. Per Pro Football Focus, he also finished 2019 with the second-most run stops (19) amongst Southeastern Conference players who were eligible for the draft and had an overall grade of 72.2.