Florida came back from down nine in the second half to take down the Rebels and avoid a third-straight loss. Here are our takeaways. 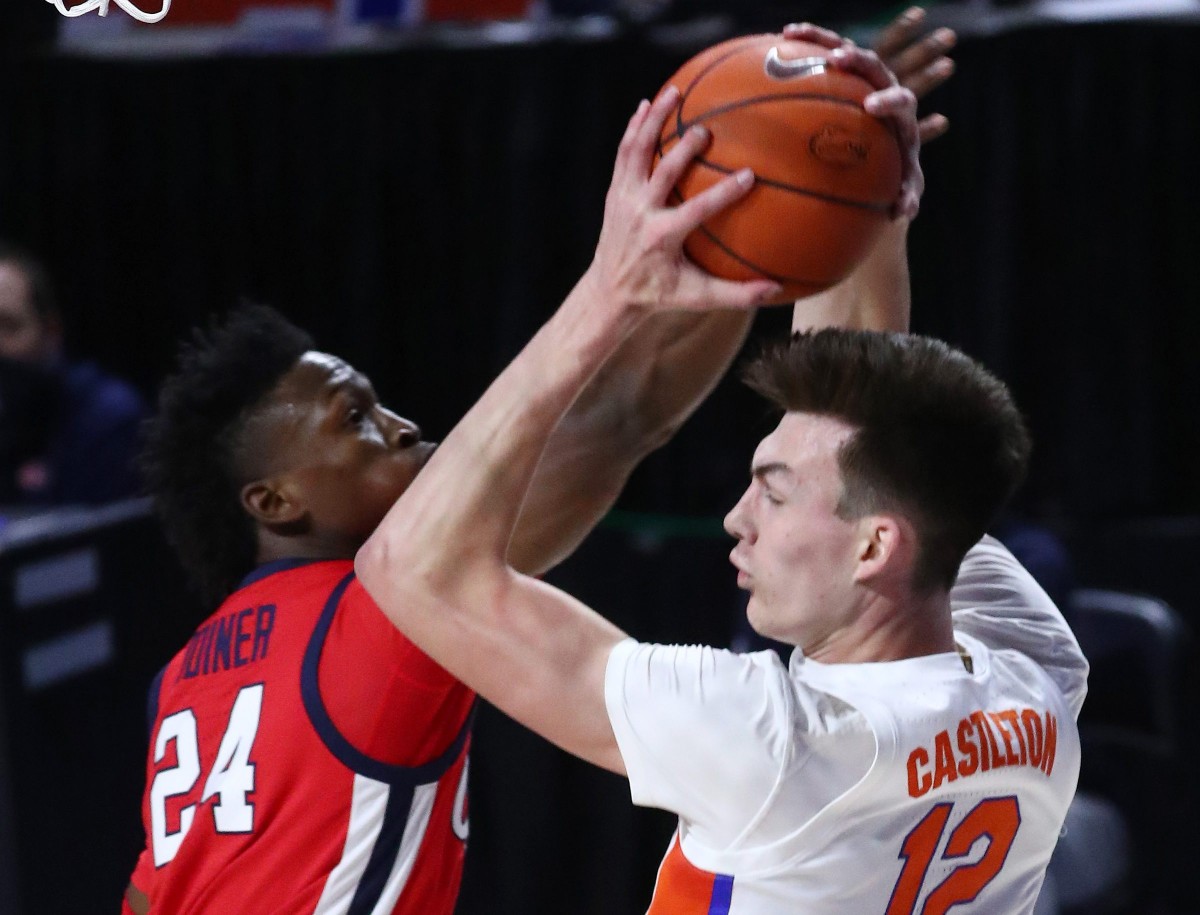 The Florida basketball team narrowly avoided suffering its third-straight loss at home against Ole Miss (6-5, 1-3 SEC) on Tuesday night, coming from behind to earn a 72-63 win on its home floor. Despite a strong start, the Gators allowed the Rebels to take the lead in the second half and hold onto it for most of the period. They led by as much as nine with less than seven minutes to play in the game.

But a late push brought the Gators within range, and a three from guard Noah Locke gave Florida its first lead since early in the frame. UF didn’t relinquish control, ending the game on a 14-0 run.

Florida (6-3, 3-2 SEC) desperately needed to win to remain competitive in the race for the SEC title. It was another flawed performance from coach Mike White’s team, and for most of the second half a victory didn’t look likely. But this team lives to fight another day and — more crucially — keeps its NCAA Tournament stock from falling even farther.

The Gators have a long way to go if they’re going to be competitive in March, but here are three things we can take away from this one.