While we’re all still hoping for a first-round playoff bye, here is our ranking of the #Chiefs’ potential wild-card opponents. | from @WesleyRoesch 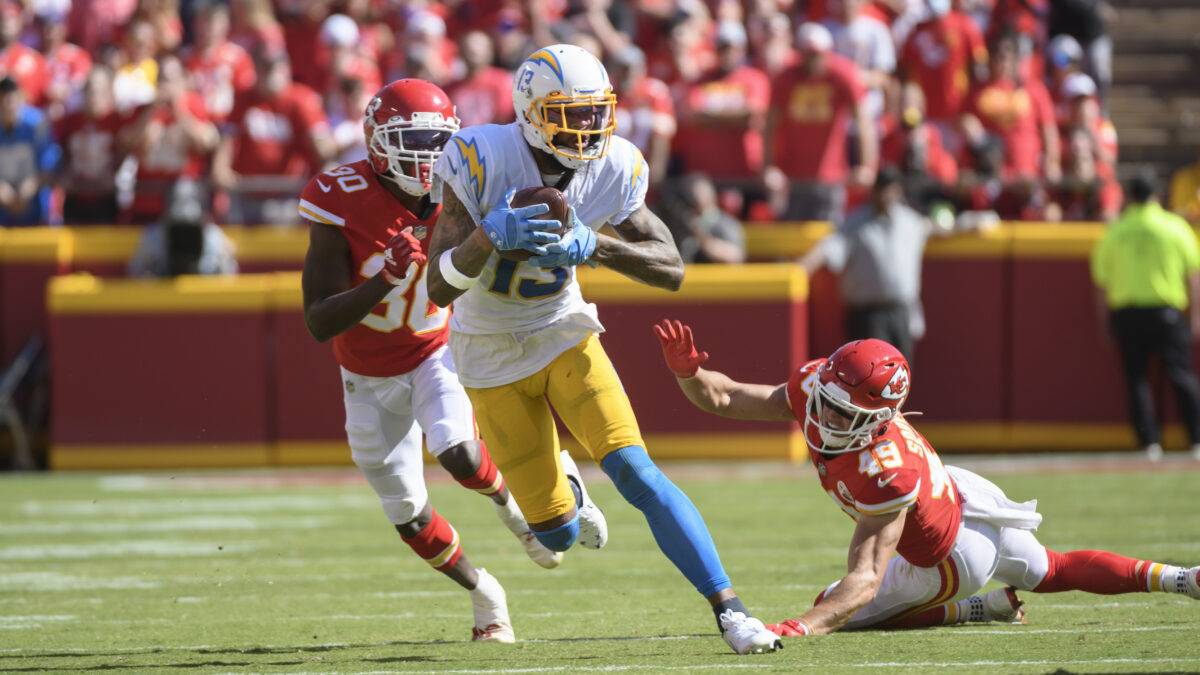 The Chiefs may be finished with the regular season, but their playoff situation is still up in the air.

Kansas City finished with a 12-5 record after beating the Denver Broncos 28-24 in Week 18. With that win, the Chiefs can finish no lower than the No. 2 seed heading into the playoffs.

The Chiefs still have a chance to take the No. 1 seed, but in order to do so, they’ll need the Houston Texans to defeat the Tennessee Titans. If that doesn’t happen, the Chiefs will be a No. 2 seed and will play the No. 7 seed in the wild-card round.

Who that No. 7 seed will be is still a big question. There are seven potential opponents, and 128 scenarios that can impact who the Chiefs play in the opening round. Below is each potential opponent, ranked from easiest to toughest. I’ve also included the odds for that team being the Chiefs’ opponent based on the 128 scenarios, as well as probabilities from FiveThirtyEight.

The #Chiefs have 6 players headed to the 2022 Pro Bowl, along with 8 alternates. | from @WesleyRoesch 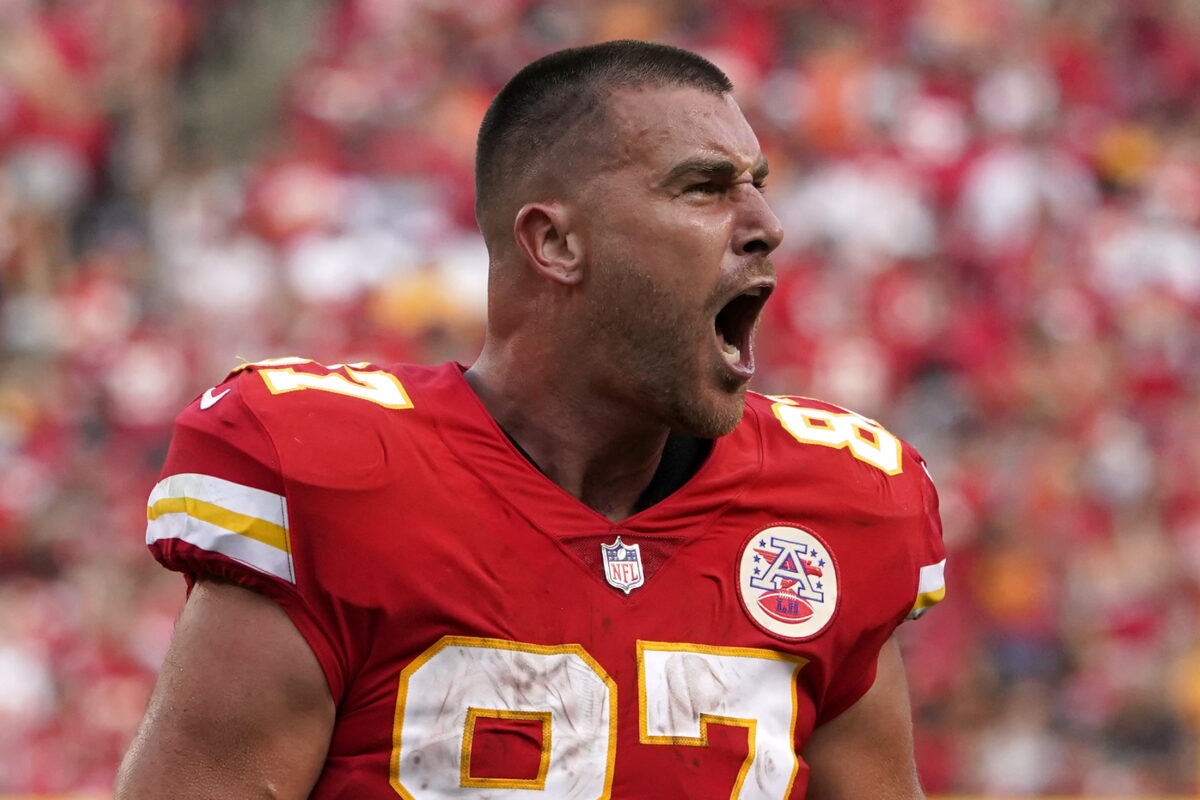 The Kansas City Chiefs are one of three teams who will send at least six players to the 2022 Pro Bowl, along with the Indianapolis Colts (7) and Los Angeles Chargers (6).

Of course, the Chiefs hope to physically send none of these players to the Pro Bowl as their Super Bowl hopes are still very much alive. Nonetheless, here are the Chiefs players who have earned the honor of Pro Bowler for the 2021-22 season.

We take a look at the position groups most affected by the current COVID-19 outbreak for the #Chiefs: 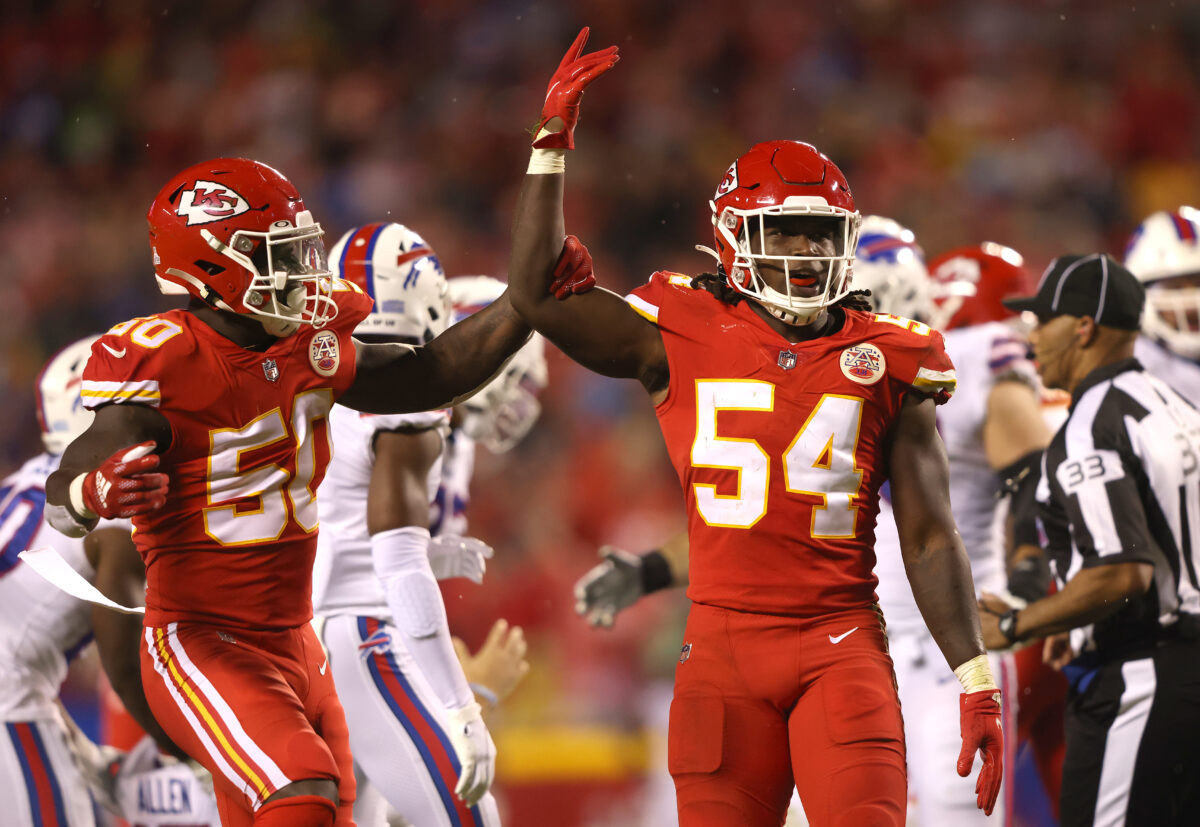 The Kansas City Chiefs are the latest NFL club to deal with a rash of COVID-19 issues. In total, the team has 16 players on the Reserve/COVID-19 list between the 53-man roster and practice squad. With preparation for the Week 16 game against the Pittsburgh Steelers beginning today, we took a look below at the position groups most affected by the outbreak, including those players currently available to play at each position. Obviously, this could change for better or for worse depending on the results of today’s COVID-19 testing.

For now, here’s a look at the position groups most affected for Kansas City:

These 5 #Chiefs players have turned in the best PFF grades on offense through the bye week. 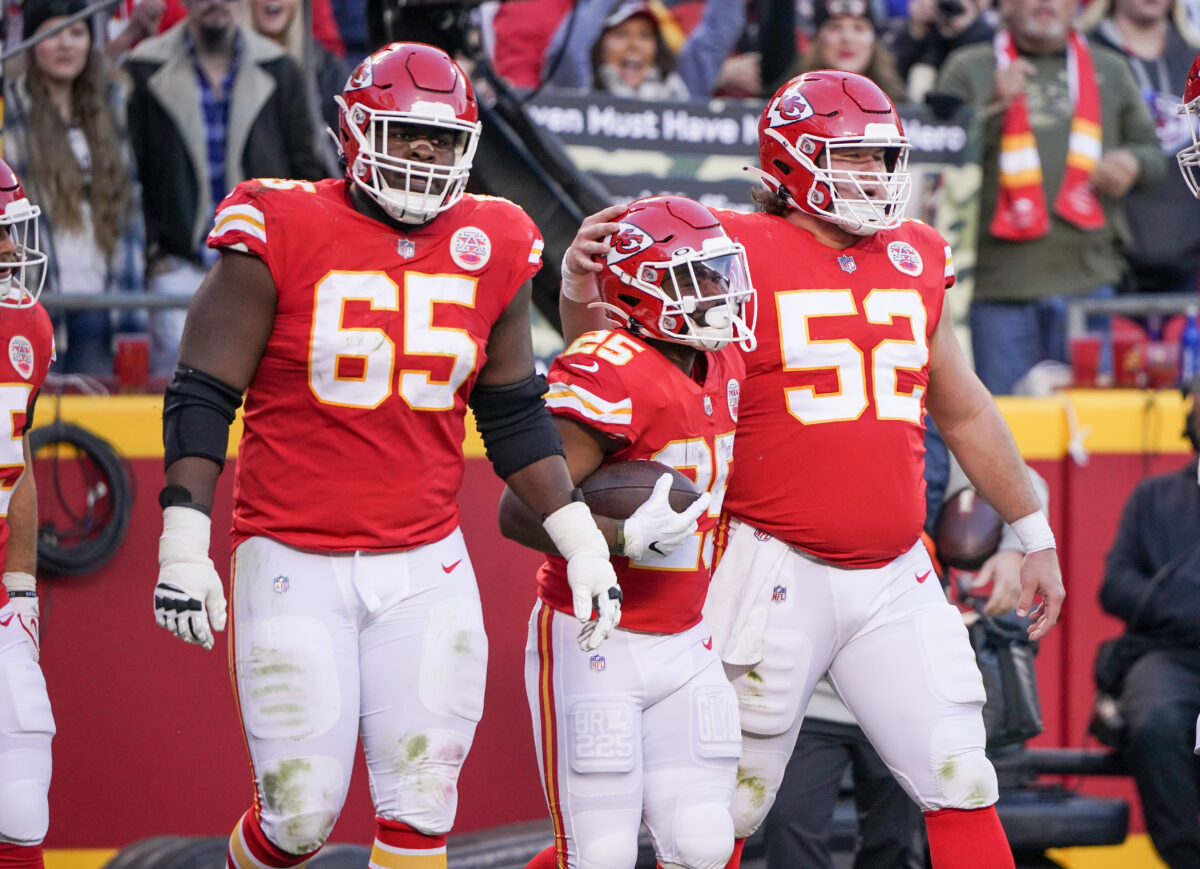 The Kansas City Chiefs take a 7-4 record including four consecutive wins into the bye week. The team hasn’t quite found their groove on offense in the way they’d hoped to at this point of the season, yet they’re still one of the most productive and explosive units in the league. They still boast some of the top offensive grades in the league, but you might be surprised where their success has come on that side of the ball.

Below you’ll find a look at the Chiefs players with the five best overall grades (via Pro Football Focus min. 100 snaps) on offense through the bye week:

Be sure you know how to identify all of the #Chiefs players at training camp with an updated 90-man offseason roster:

The Kansas City Chiefs are set to hit the practice field for their first 2021 training camp practice this morning.

Fans will flock to Missouri Western State University in St. Joseph, Missouri to get a first look at the Chiefs. The team has made a few changes to their 90-man offseason roster ahead of camp. They’ll begin to trim the roster, cutting it down to 85 players on August 17th.

With all of that in mind, here’s the latest look at the latest Chiefs’ 90-man offseason roster organized by position group:

A look at 7 #Chiefs players with the best chance of making their first Pro Bowl in 2021. 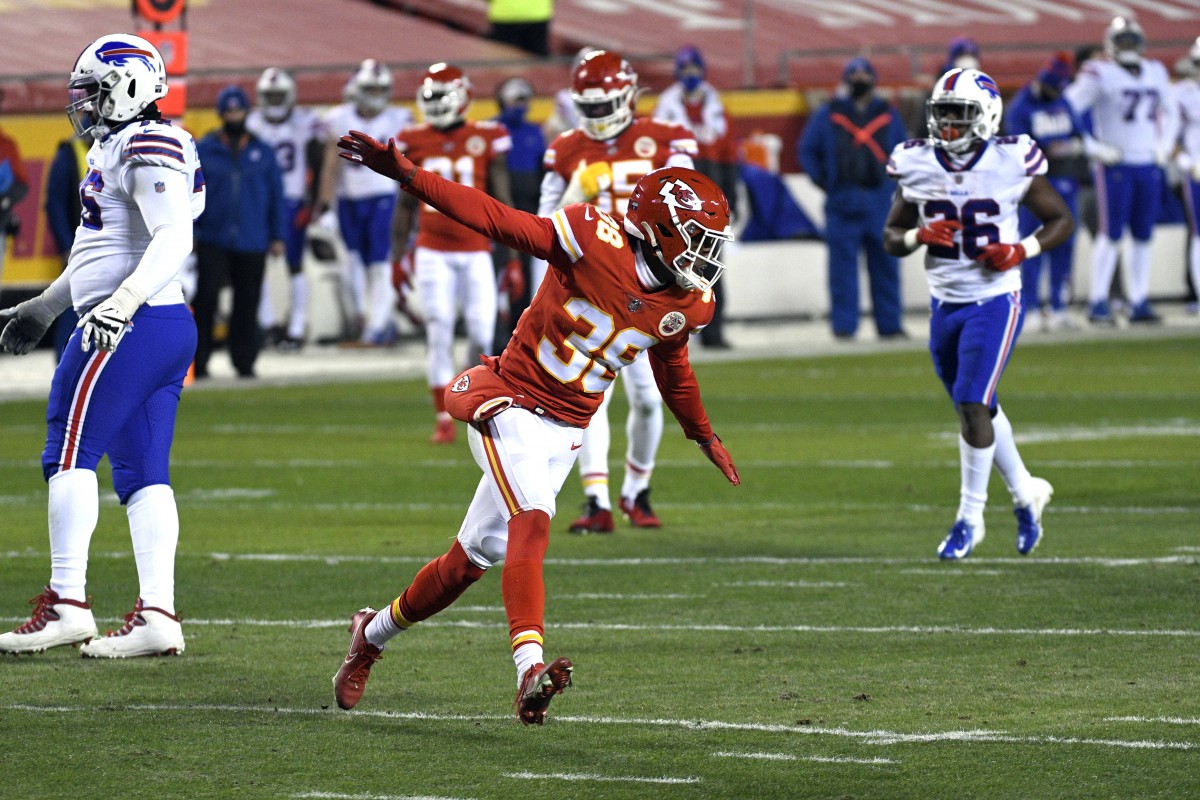 The Kansas City Chiefs have their eyes on a bigger prize, but the Pro Bowl is always a nice consolation, with a lasting impact on player’s individual legacies. The Chiefs had two players earn first-time Pro Bowl selections in 2020, with DT Chris Jones and DE Frank Clark being selected for the game. Of course, they both appeared in Super Bowl LV instead and didn’t play in the annual all-star game.

If the Chiefs want to get to Super Bowl LVI, they’ll need some Pro Bowl-caliber performances out of their players during the upcoming season. Here are the seven Chiefs with the best chance at making their first Pro Bowl in 2021:

Taking a look at four of the best bargain contracts for the #Chiefs based on their potential contributions in 2021. 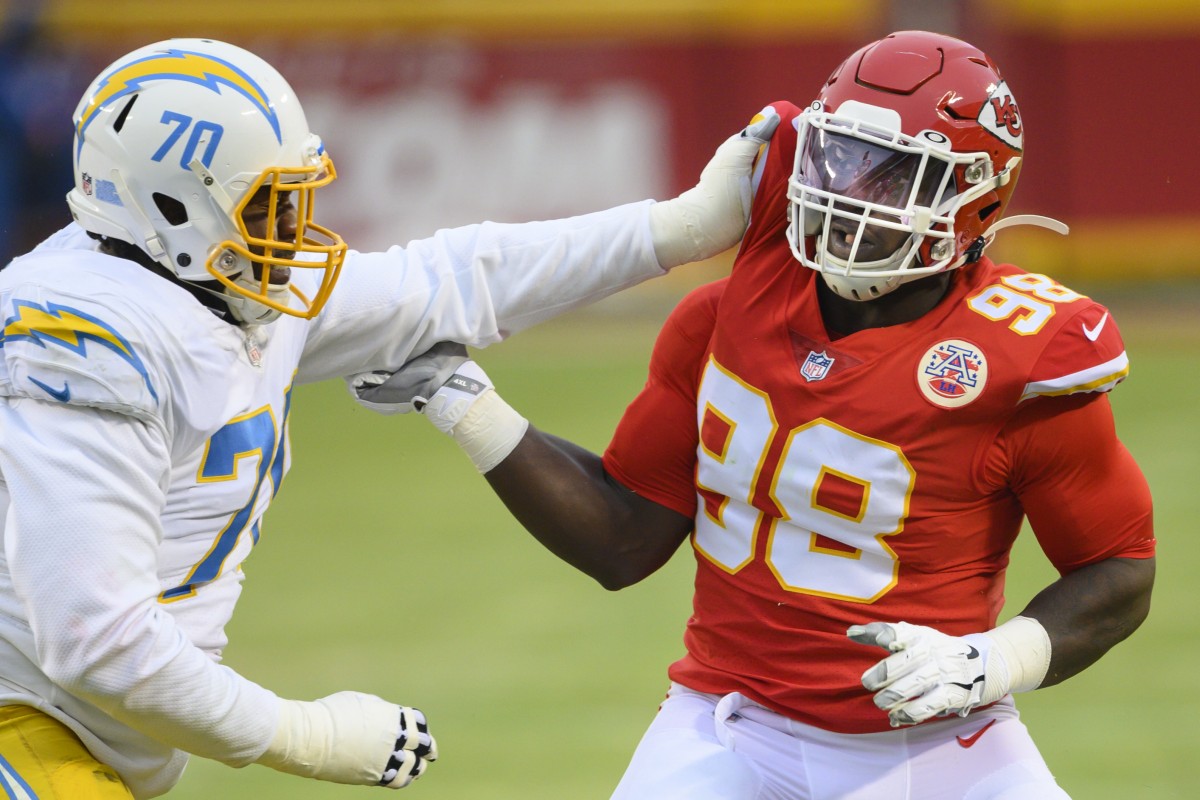 The Kansas City Chiefs have made some new additions to the roster since the Super Bowl LV loss against the Tampa Bay Buccaneers. They’ve assembled quite the talented roster for the 2021 season, but there are concerns about the team being a bit “top-heavy” in terms of their players and contracts. Chiefs GM Brett Veach has managed to add and keep some players at what should be considered below market value, based on the potential for contribution during the 2021 NFL season.

We recently took a look at Chiefs QB Patrick Mahomes’ contract and discussed why it remains a massive bargain for the Chiefs. Besides Mahomes here are four of the best bargain contracts the Chiefs currently have on the books:

In honor of QB Chad Henne’s 36th birthday, we look back at four memorable moments from his #Chiefs career thus far. 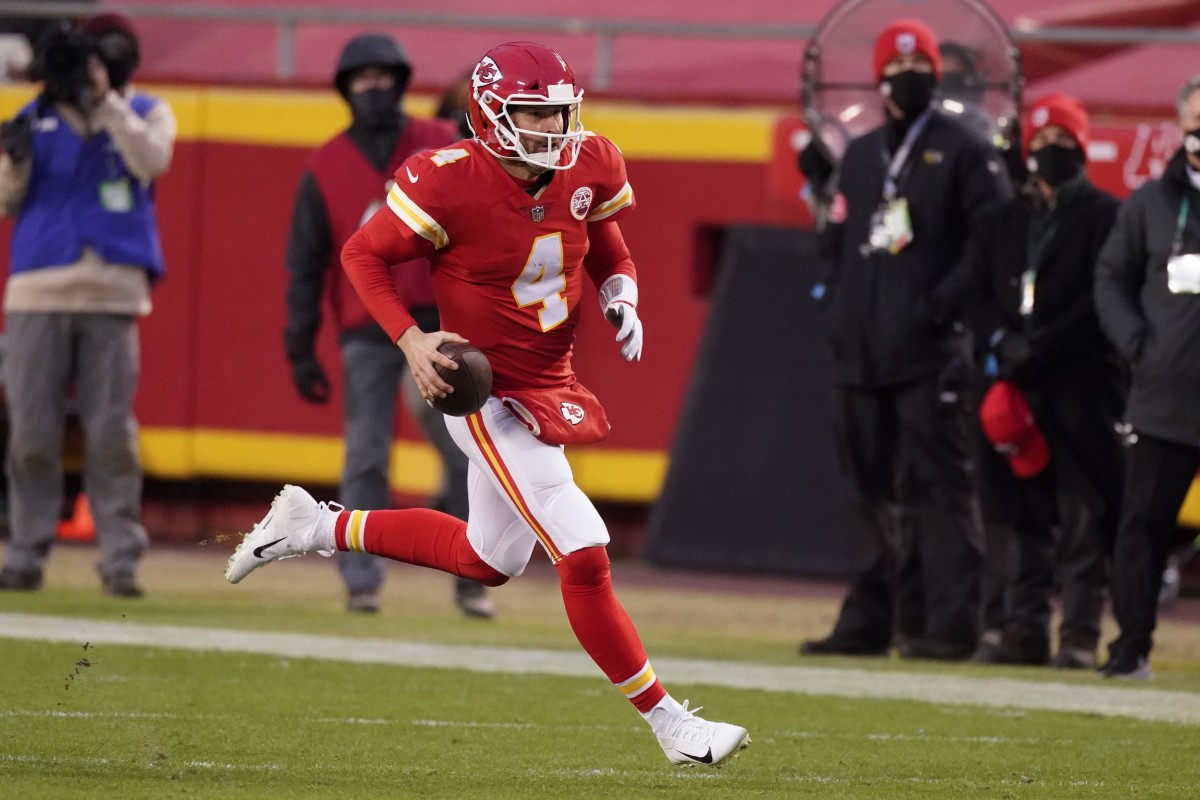 The Kansas City Chiefs notably have one of the best players in the NFL with starting quarterback Patrick Mahomes. However, the work isn’t done alone as Mahomes shares a quarterback room with his veteran backup Chad Henne.

Henne first joined the Chiefs in 2018 when Mahomes first took over as a starter. The veteran NFL quarterback hasn’t only played a part in Mahomes’ development, but he’s also proven to be essential when called upon in relief, especially during the 2020 NFL season.

In honor of Henne’s 36th birthday (July 2), we look back at four memorable moments from his Chiefs career thus far: 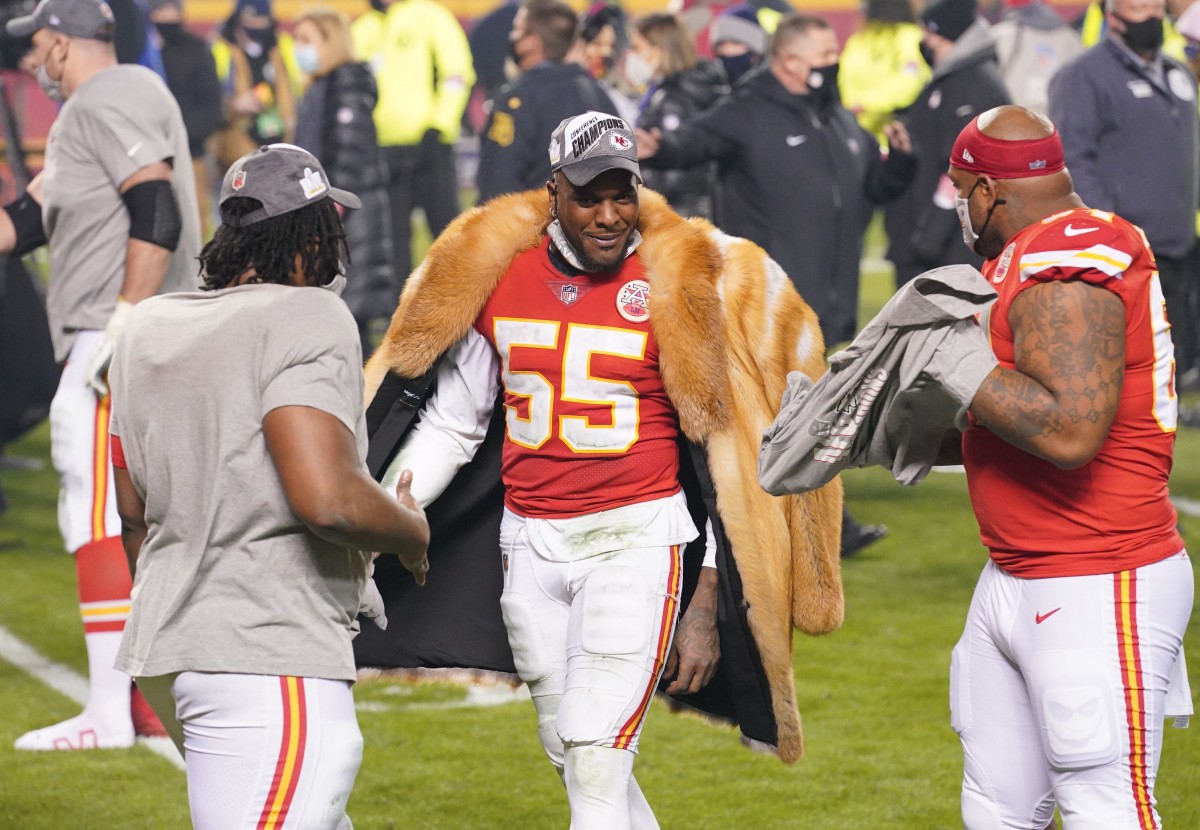 The NFL salary cap is set at $182.5 million for the 2021 NFL season. That number is down over $15 million from the previous year due to the revenue shortfall caused by the COVID-19 pandemic.

10 players for the Kansas City Chiefs occupy roughly $120 million of that salary cap number for the upcoming season. That number is down over $20 million from the previous year, which makes sense given the squeeze on the salary cap this season. The front office in Kansas City was mindful about how they added new contracts to the books this year and it’s helping them compensate for the decline in salary cap dollars.

Here’s a quick countdown of the 10 largest salary cap hits on the Chiefs’ roster for the 2021 NFL season:

From Jerick McKinnon to Khalen Saunders, here are the jersey numbers for all 90 players on the Chiefs’ roster. 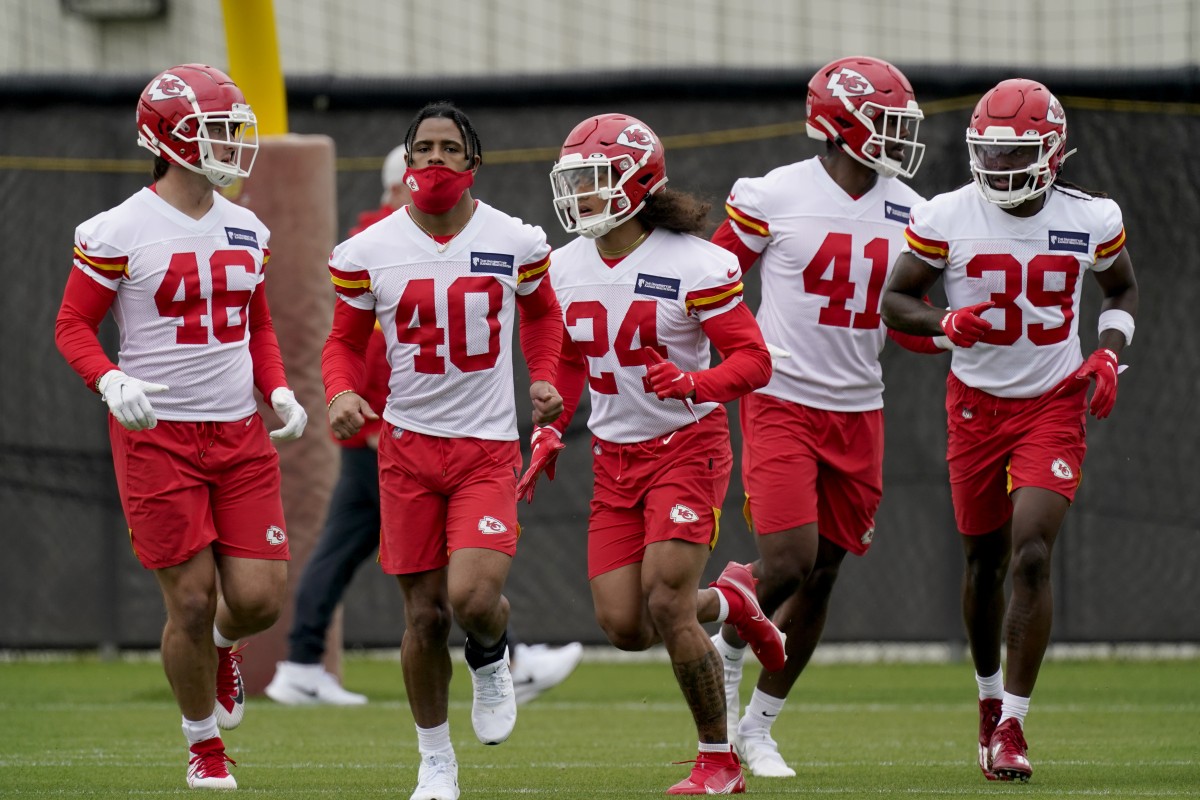 The Kansas City Chiefs are in the middle of Phase 3 of the NFL’s offseason workout program.

The team hasn’t yet updated their official roster with new jersey numbers, but we scoured all available images from Organized Team Activities (OTAs) and managed to track down the last of the unknown jersey numbers for every player on the 90-man offseason roster.

With all of that in mind, here’s the latest look at the Chiefs’ 90-man offseason roster by jersey number: