AUGUSTA, Ga. – If the wind at Champions Retreat was an inconvenience Wednesday, it was a problem Thursday. Players struggled with the howling wind that made things difficult in the second round of the Augusta National Women’s Amateur. The scores … 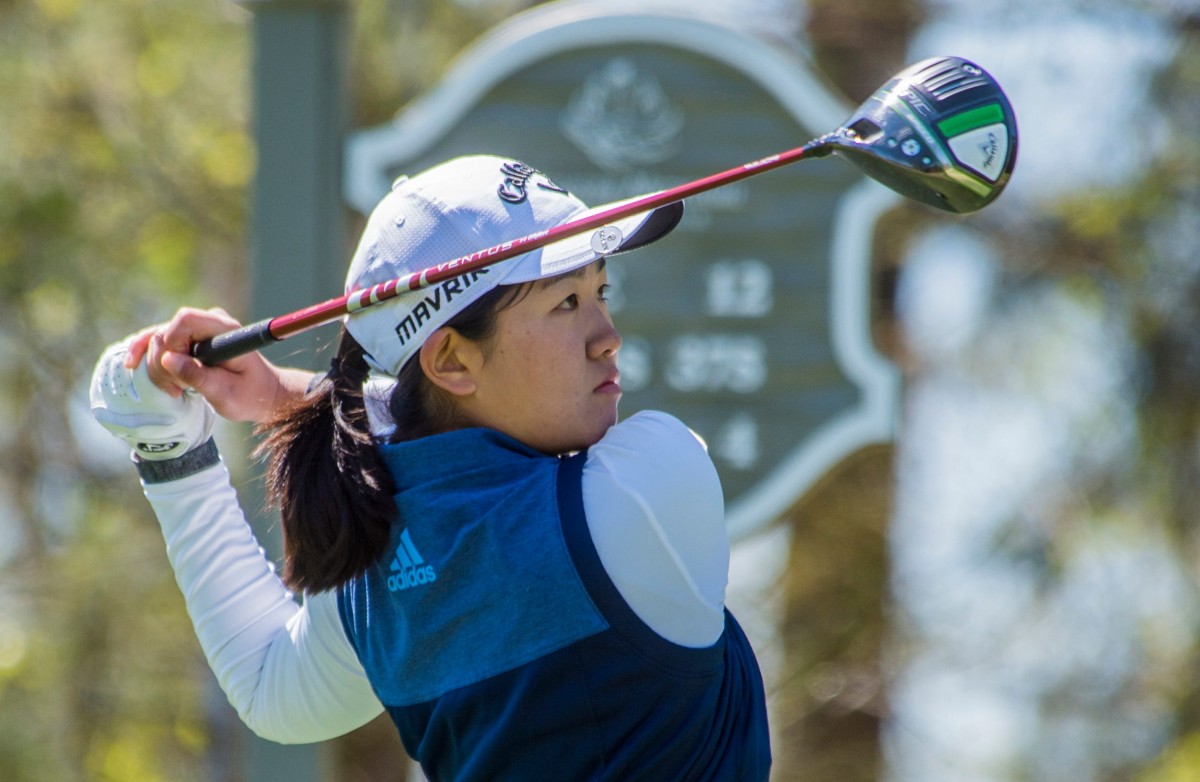 AUGUSTA, Ga. — If the wind at Champions Retreat was an inconvenience Wednesday, it was a problem Thursday.

Players struggled with the howling wind that made things difficult in the second round of the Augusta National Women’s Amateur. The scores reflected it, with just two players sitting at under par.

World No. 1 Rose Zhang carded a 72 to sit at a tie for the lead with Ingrid Lindblad at 1-under-par. Like many, Zhang struggled on par-5s, particularly Nos. 9 and 14.

“Today it was definitely a lot more windy. Right from the start it was very cold, so everyone had tight muscles,” she said. “I feel all right with my score. I feel like I definitely could’ve done a lot better with some of the holes that I played, especially on par-5s today. There are some things I think I need to work on in terms of course management and club selection. Overall it was a solid day.”

By the end of the day, the cut line was 7-over and there was a five-way tie for the 30th and final spot in Saturday’s third round. Oklahoma State’s Maja Stark birdied the first hole in the playoff (No. 10) to secure the final spot, eliminating Amari Avery, Lauren Hartlage, Katherine Smith and You-Sang Hou.

It was a different start than usual, after inclement weather lead to a suspension of the first round Wednesday. The good news was the final few groupings were on their second nine, so the 7:45 a.m. tee times were unaffected.

Vanderbilt’s Austin Kim shot 72-72 and sits one shot behind the leaders heading into Saturday. While Thursday was tougher for many, her round was better than what the scorecard said.

“I made a lot of great par saves,” she said. “My scorecard may not show it, but it was a bit of a roller coaster. I think just staying patient out there was really the key. So I managed to have a bogey-free round today. I thought that was pretty momentous in these types of conditions.”

UCLA’s Ty Akabane withdrew in the second round due to an injury.

Prior to the final round, every starter is eligible for a practice round at Augusta National on Friday. For those not in contention, it’ll be a chance to tee it up at one of the storied courses in history. For those top-30 golfers, it’ll be a trial run leading up to Saturday.