Kingsbury believes both running backs have earned good contracts but hopes the team can retain and pay both. 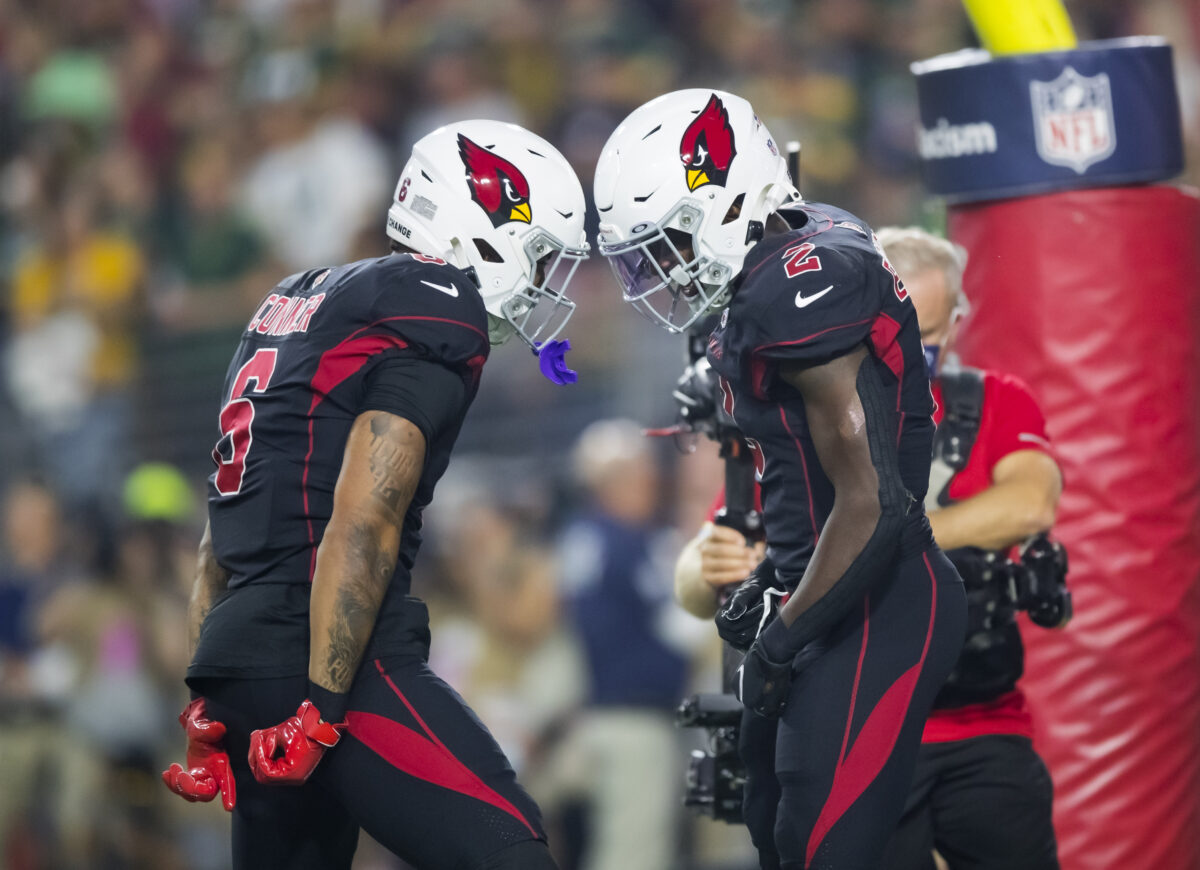 The Arizona Cardinals have a number of important decisions to make this offseason about the future of many of their own players scheduled to become free agents. Both their top running backs, Chase Edmonds and James Conner, will both be free agents in March if the team does not re-sign them before then,

Head coach Kliff Kingsbury hopes that both are back on the team in 2022.

When he spoke with reporters after the team was eliminated from the playoffs, Kingsbury admitted he is a “huge fan of both guys.”

He lauded both for their work ethic, their habits and their focus.

He also believes both should get paid this offseason.

“They both earned good deals as far as I’m concerned,” he said. “I hope that we can afford both guys because they both had fantastic seasons and they deserve to get nice contracts. But I would love to have them both back. I think they complement each other really well in our system so that’s how I hope it plays out.”

Edmonds missed five games but was solid. He had 903 total yards from scrimmage, a career-high. He rushed for a career-high 592 yards and two scores on 5.1 yards per attempt, and he also caught 43 passes for 311 yards.

When both were healthy and playing, the offense was at its best.

The question is whether or not the team can afford to bring both back.

If Kingsbury has his way, they both get paid and they both stay in Arizona.

Pro Football Reference now has sack totals before 1982 and that would make Curtis Greer, not Freddie Joe Nunn, the Cardinals’ all-time leader. 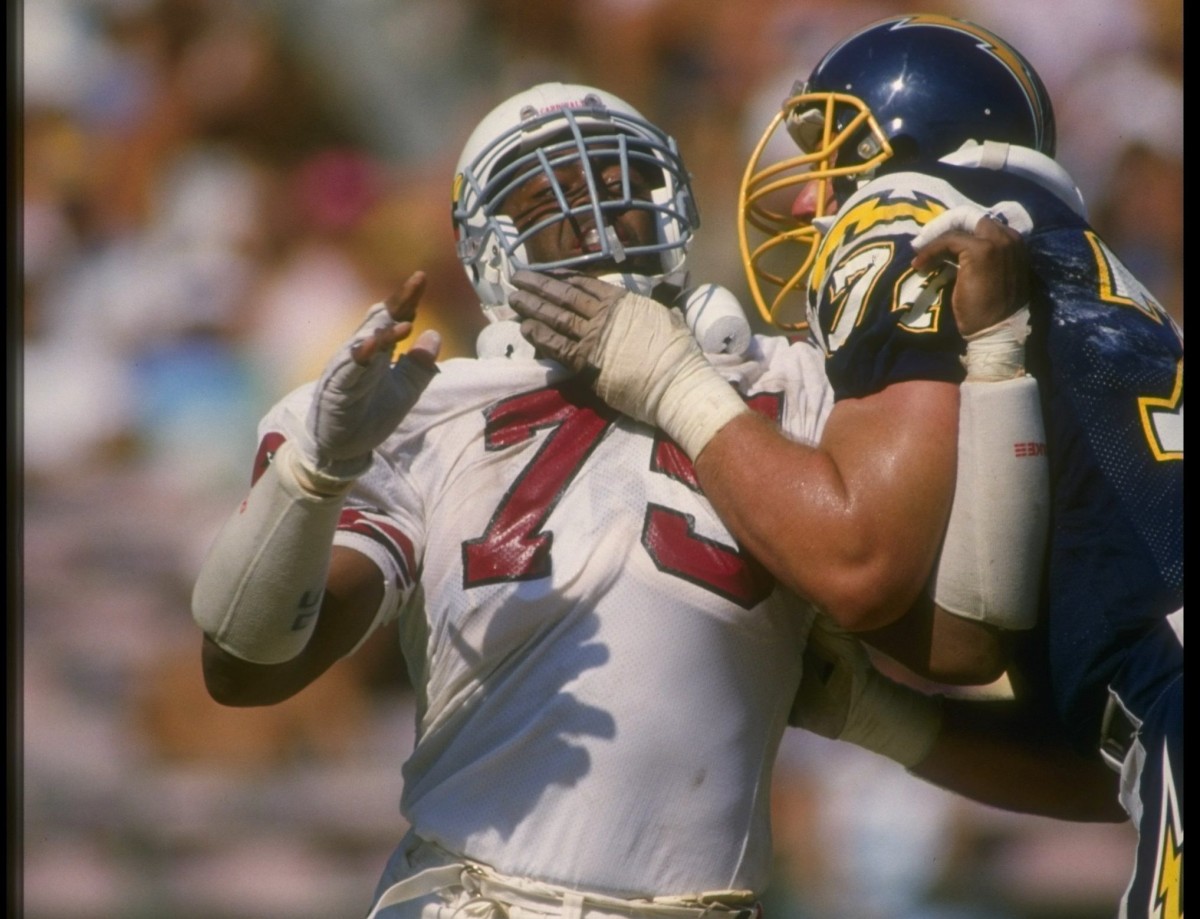 The NFL began to officially track sacks in 1982. It is based on the stats compiled beginning that year that the Arizona Cardinals have made their all-time and single-season sack records.

However, while it is not official yet, Pro Football Reference has tracked and compiled sacks before 1982. It changes the record books a little bit for the Cardinals.

The Cardinals officially recognize Freddie Joe Nunn as the all-time sack leader with 66.5 career sacks with the team.

However, he began his career in 1980, two years before sacks were counted.

Chandler Jones, in second place all-time in franchise history with 61 sacks with the Cardinals, is actually in third place and would need 9 in 2021 to be the all-time sack leader.

Based on new sacks totals for players before 1982, defensive tackle Bob Rowe, who played for the Cardinals from 1967-1975, would be fifth all-time with 54.5 sacks.

Larry Fitzgerald recognizes the 2006 Monday night loss to the Bears as a bad one, but he still laughs at Dennis Green’s postgame reaction. 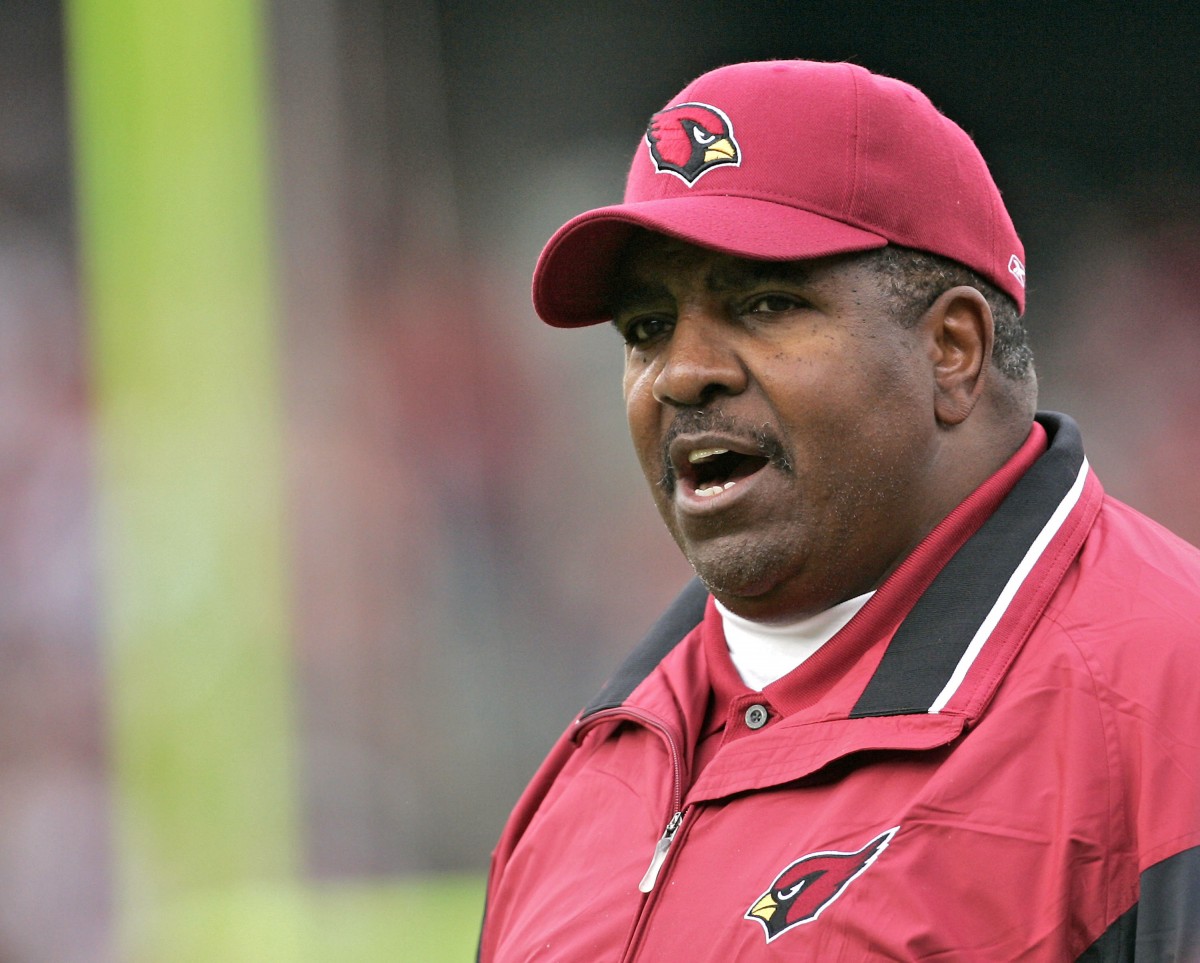 Legendary Arizona Cardinals wide receiver Larry Fitzgerald has seen a lot in the NFL. There have been many highs, many lows and likely a lot of laughs.

However, what he considers the funniest moment of his career is one that many Arizona Cardinals fans and NFL fans in general will agree with.

He was asked about it in an AMA for Bleacher Report.

2007, we lost to the Bears. That’s when Coach Green said ‘They are who we thought they were.’ It was a bad loss, but the sound bite will live with me forever.

It was actually in 2006 after a Monday night game in which they blew a lead against the Chicago Bears, who would go on to the Super Bowl that year.

Everyone remembers Green’s tirade about letting the Bears off the hook and crowning them.

It was an awful loss. It basically ruined the Cardinals’ season that year and Green was fired after the season was over.

But even Fitz gets a laugh thinking about it. I know I do still.

Check out how the Arizona Cardinals have done overall and most recently against each of the teams they face in 2021.

The Arizona Cardinals will begin the 2021 season on the road against the Tennessee Titans. They hope to take the next step in their progression, by making the postseason and competing for a championship.

Let’s look at the Cardinals’ 2021 opponents and what their history is against them.