College football Week 7 roundup with the 5 things that matter, winners and losers, overrated and underrated, and what it all means. 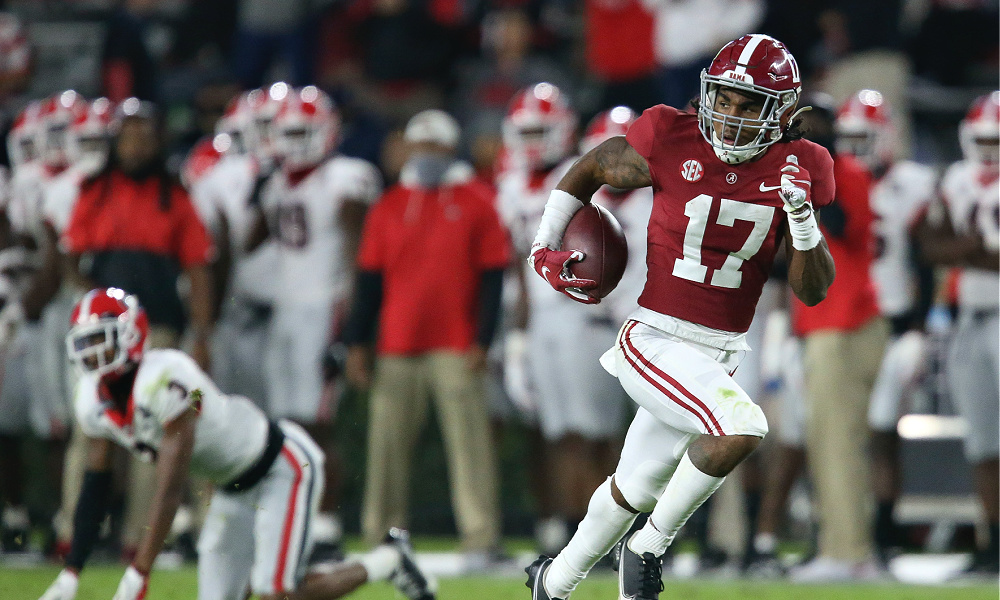 College football Week 7 roundup with the 5 things that matter, winners and losers, overrated and underrated parts of the weekend, and what it all means.

Kentucky beat Tennessee 17-12 back in 1984. That was the last time the Wildcats won in Knoxville and are now 3-33 overall in the series since then with a 34-7 win over the Vols.

While that was happening, South Carolina got by Auburn 30-22. The last time those two played was back in 2014, and the last time the Gamecocks beat the Tigers was … 1933, 16-14. USC had never beaten Auburn in Columbia.

Loser: The first half of SEC Mississippi games

Ole Miss ripped through Alabama two weeks ago. This last weekend? It was down 20-0 at halftime to Arkansas in the 33-21 loss. Mississippi State was down 14-0 to Texas A&M at halftime, and didn’t get its first offensive score – it came up with a pick six in the third – until the fourth quarter. The Bulldogs have now managed just seven points in the first halves of their last three games.

In the 52-35 win over Middle Tennessee, QB Jason Bean threw for 181 yards and two scores and ran for a game-high 169 yards and three touchdowns. The team ripped through the Blue Raiders for 768 yards of total offense with 306 though the air and 462 on the ground.

The mistakes just aren’t stopping. The Duke defense hasn’t been bad at taking the ball away, but the offense has turned it over 22 times in just six games. NC State came up with three interceptions in the 31-20 win, making this the fourth time in five games the Blue Devils turned it over three times or more.

No. 2 in the nation behind Air Force – who only played one game – in rushing yards per game, the Virginia Tech ground attack is averaging 312 yards with 15 scores. In the 40-14 win over Boston College, the Hokies came up with their third 300-yard rushing day of the season with 250 yards and four scores.

Mike Leach offenses are at least supposed to be productive on the ground when they try to run. It didn’t help that star RB Kylin Hill was out against Texas A&M, but now the Bulldogs are dead last in the nation in rushing, averaging 1.54 yards per carry with just 114 yards. They averaging 28.5 yards per game on the ground – ULM is the second-worst team averaging 56.2 yards.

All Gabriel did against Memphis was throw for 601 yards and six touchdowns, and run for 49 yards and a score … and lose.

All White did was throw for 486 yards and six touchdowns, and run for 39 yards and a score … and win.

UMass wasn’t going to play this year, and then the independent decided to give it a go with a flexible schedule. It all started against Georgia Southern, and … 41-0. The Minutemen came up with 191 total yards – most of them late – couldn’t get a first down early on, and got hammered by the Eagles for 309 rushing yards.