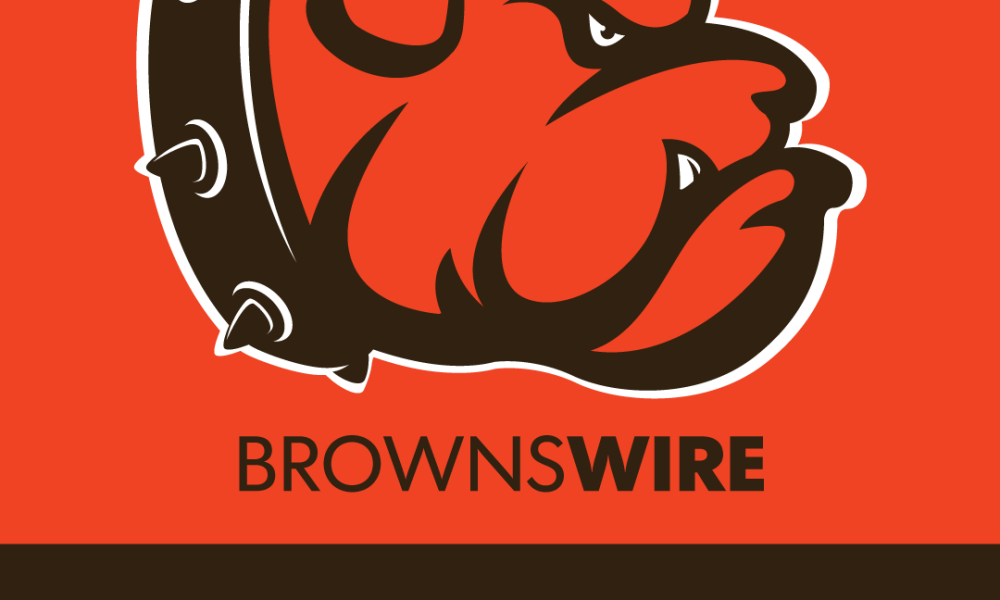 It’s time for the latest episode of the Browns Wire Podcast.

Give the Browns Wire Podcast a like on Facebook and follow along with us on Twitter. It’s also available on all of your favorite podcast apps, including iTunes, TuneIn, Stitcher and Spotify. Thanks for listening! 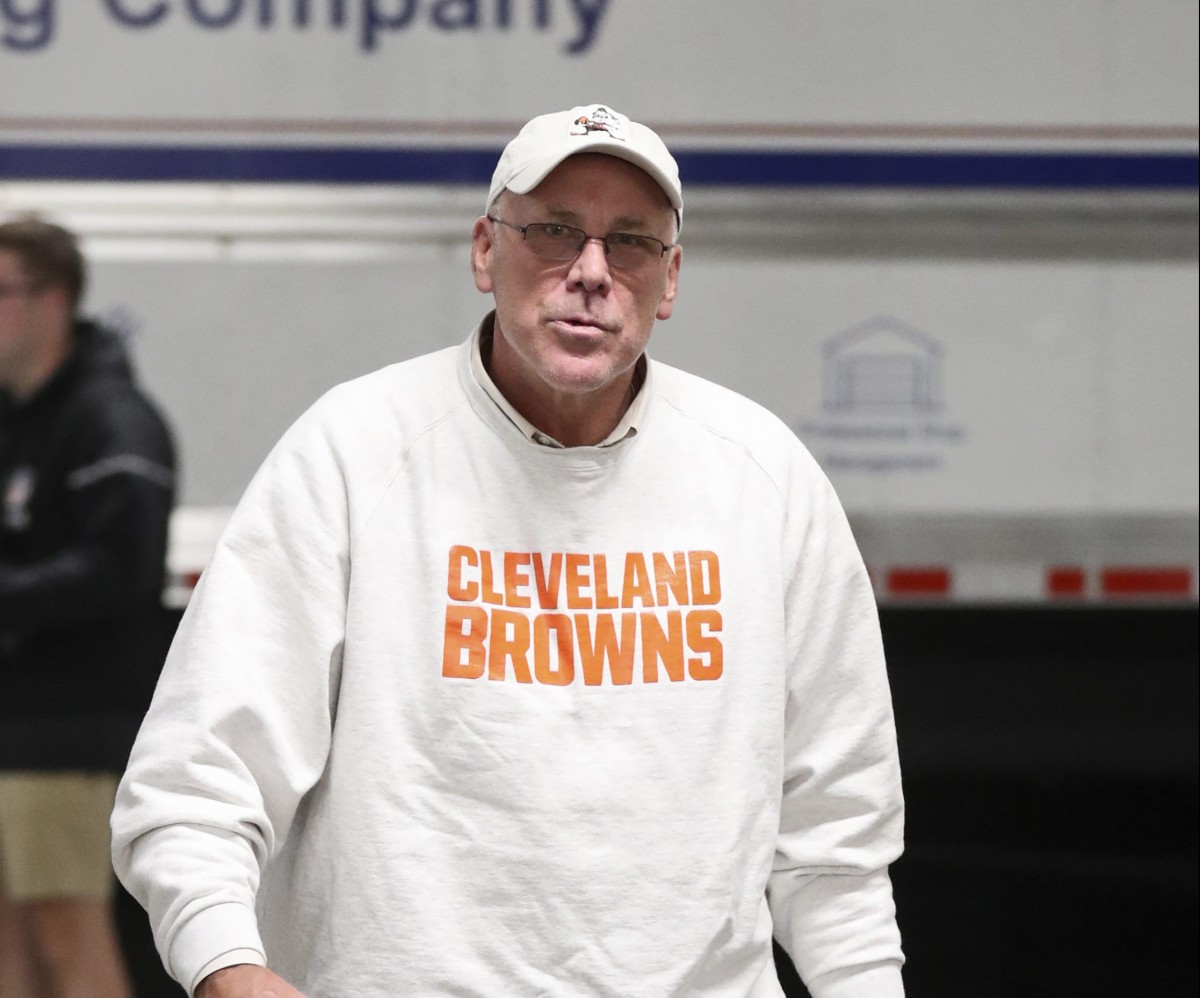 Former Browns general manager John Dorsey is set to join a new team. Dorsey will be a senior personnel executive with the Detroit Lions as part of that team’s front office overhaul.

The deal is still not finalized but several reporters both local to Detroit and nationally have confirmed the deal is in place and will be announced mid-week.

Dorsey was the Browns GM from the end of the winless 2017 team through the end of the 2019 season. He was responsible for adding several key pieces to the Browns current roster, including Baker Mayfield, Odell Beckham Jr., Nick Chubb, Kareem Hunt and Sheldon Richardson. He also had some prominent misses, and his willingness to overlook character concerns created problems with players like Antonio Callaway.

Dorsey spent the 2020 season as a scouting consultant for the Philadelphia Eagles. 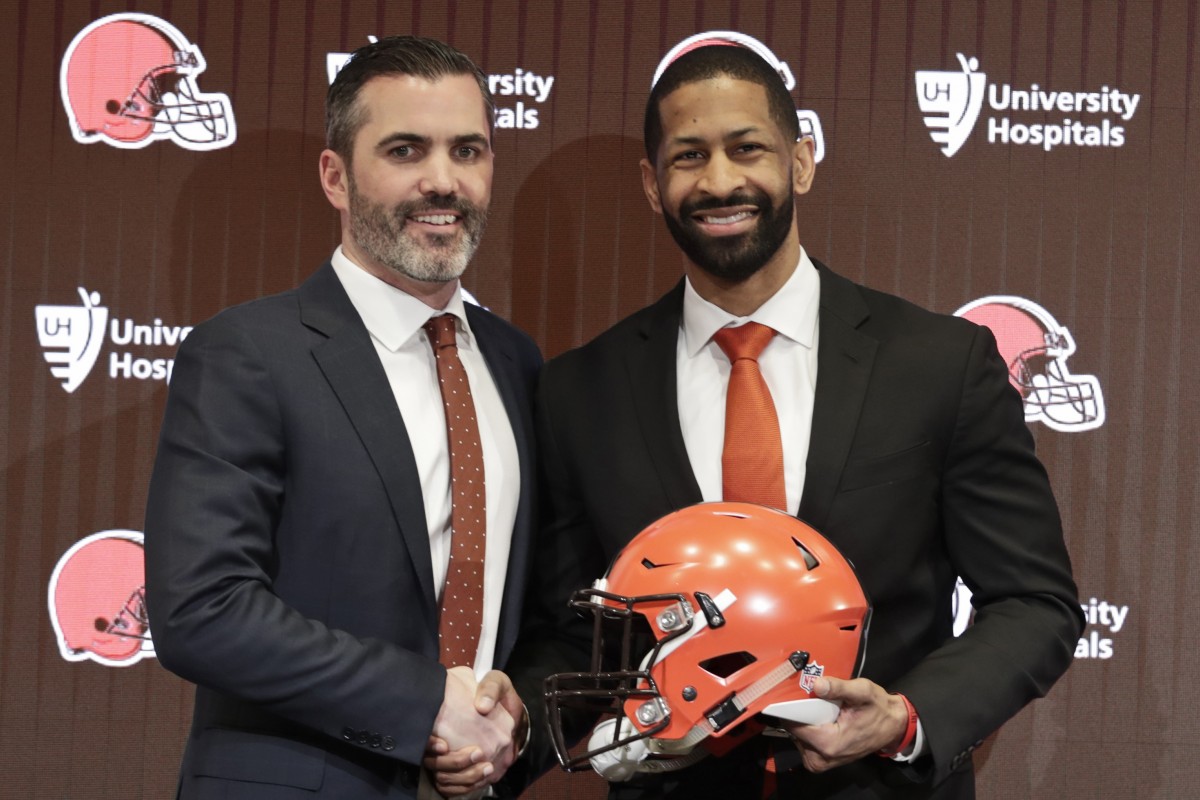 The Cleveland Browns roster turnover under new GM Andrew Berry and head coach Kevin Stefanski continued in earnest on Saturday. The cutdowns to the initial 53-man roster washed away even more of the legacy of ex-GM John Dorsey on the team.

Dorsey’s first Browns draft class, the 2018 edition, is down to just three of the nine selections: Baker Mayfield, Denzel Ward and Nick Chubb. That’s still a heck of a draft, but the failure of guys like Austin Corbett (2nd round), Chad Thomas (3rd) and Genard Avery (5th) led to redundant picks and free agent moves almost immediately.

Cutting Thomas and Damion Ratley on Saturday wiped away all the depth from the 2018 draft class. Dumping WR Taywan Taylor and RB Dontrell Hilliard stripped away two other Dorsey guys from that year, too. Dorsey’s final two picks in 2019, OL Drew Forbes (opt-out) and CB Donnie Lewis (cut) are also off the team, though Forbes will return in 2021.

Dorsey’s best moves remain vital to the core of the team. Berry and Stefanski didn’t just try to whitewash all traces of Dorsey’s influence from the team. The trio left from that ’18 draft, trade acquisitions Jarvis Landry, Odell Beckham Jr. and Olivier Vernon are all critical starters and top-10 presences on the Browns roster.

Acknowledging that Dorsey and his regime did do some great things is an important step from the new Browns management. Too many times a new regime will just try to erase every vestige of its predecessor. Browns fans know all too well the rush to turn everything over in the name of progress, if only to wash away the bad taste left behind from the old regime. Instead of doing that, Berry and Stefanski merely trimmed a lot of Dorsey-era fat from the roster. 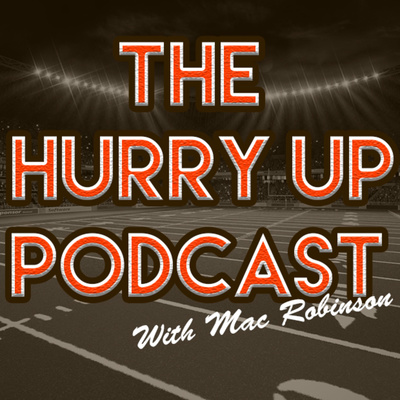 Host Mac Robinson is joined by Danny Kelly from The Ringer to talk all of the Browns-Seahawks rumors, from Superstar Russell Wilson possibly traded to the Browns in 2018 to Myles Garrett’s rumored trade to Seattle earlier in the week. Kelly also broke down the Browns draft and some of his favorite picks, along with some of the best storylines for the Browns schedule heading into the 2020 season.

Mac also breaks down the offseason comparisons of players, Browns offensive line coach Bill Callahan’s comments regarding the offseason and Jedrick Wills’ transition from right tackle to left tackle, as well as the Baker Boot Camp taking place in Texas!

Be sure to follow Mac (@MacRobinson95) and the podcast (@HurryUpPodcast) on Twitter for all of the latest news and notes surrounding the podcast, the Browns, and all things football! Feel free to support the podcast today by becoming a patron!

Trent Williams demands a trade or release from the Redskins 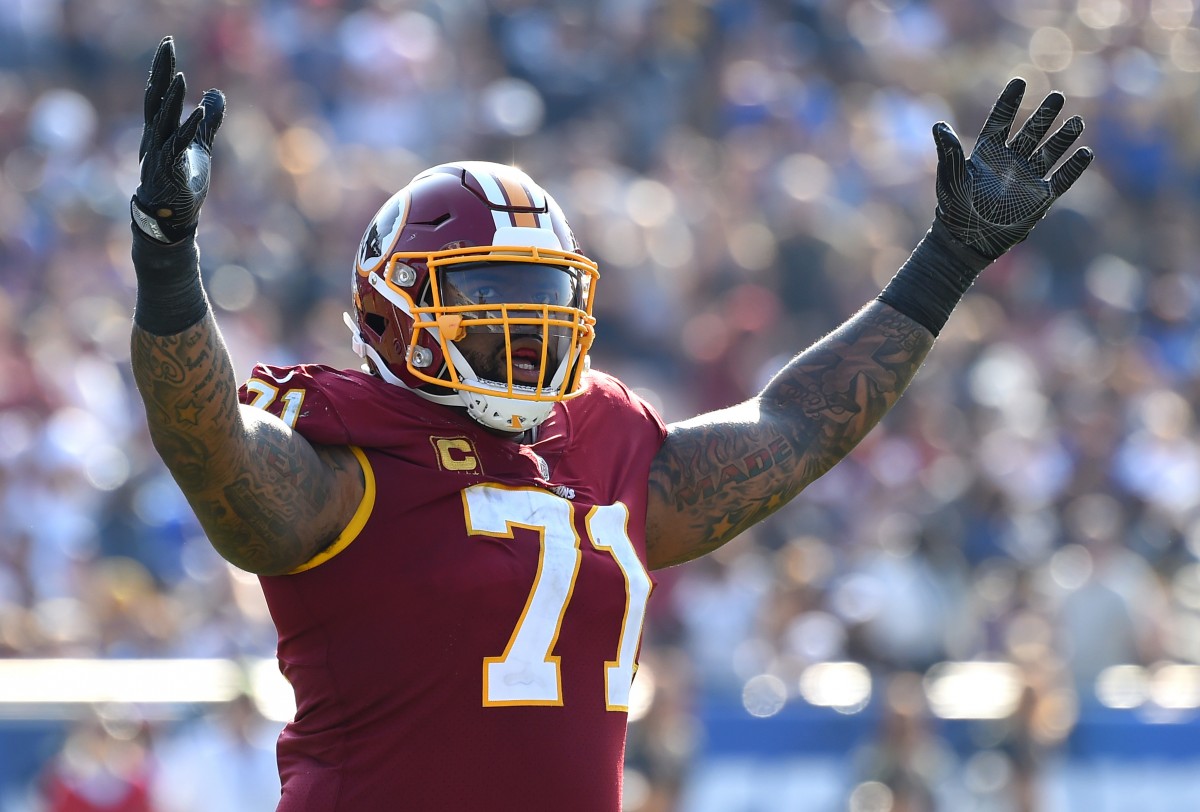 The Trent Williams drama in Washington has taken another turn, one that will no doubt pique the interest of Andrew Berry and the Cleveland Browns.

After months of trade rumors — notably with heavy interest from the Browns — have not gone anywhere, Williams has finally, formally requested a trade or release from the Redskins. The veteran left tackle wants out.

From Williams’ agent, Vince Taylor (via Mike Garafolo on Twitter),

Throughout the process, Williams has maintained his silence and not spoken negatively about the team nor has he pursued potential legal actions. This seems to not be a successful strategy. Players who are outwardly critical of the team do get traded.

Although Trent Williams will always love and respect Dan Snyder, his teammates, and the Washington Redskins’ fans, he wants to be traded or released. It’s time for the organization to act in a manner that is in both Williams’ and the team’s best interest.

Since the failed John Dorsey efforts to bring Williams to Cleveland, the Browns have changed regimes and added Jack Conklin to solidify the right tackle spot. With the No. 10 overall pick in a draft class loaded with premium offensive tackle prospects, there is less of a glaring impetus to give up assets to acquire Williams. He’s now 31 and in the final year of his contract that will pay him $12.5 million in 2020.

It’s hard to know just how much Berry, the team’s new GM, and the Kevin Stefanski coaching staff value one potential year of Williams. Expect there to be interest from the Browns but not at the desperation levels exhibited by Dorsey. 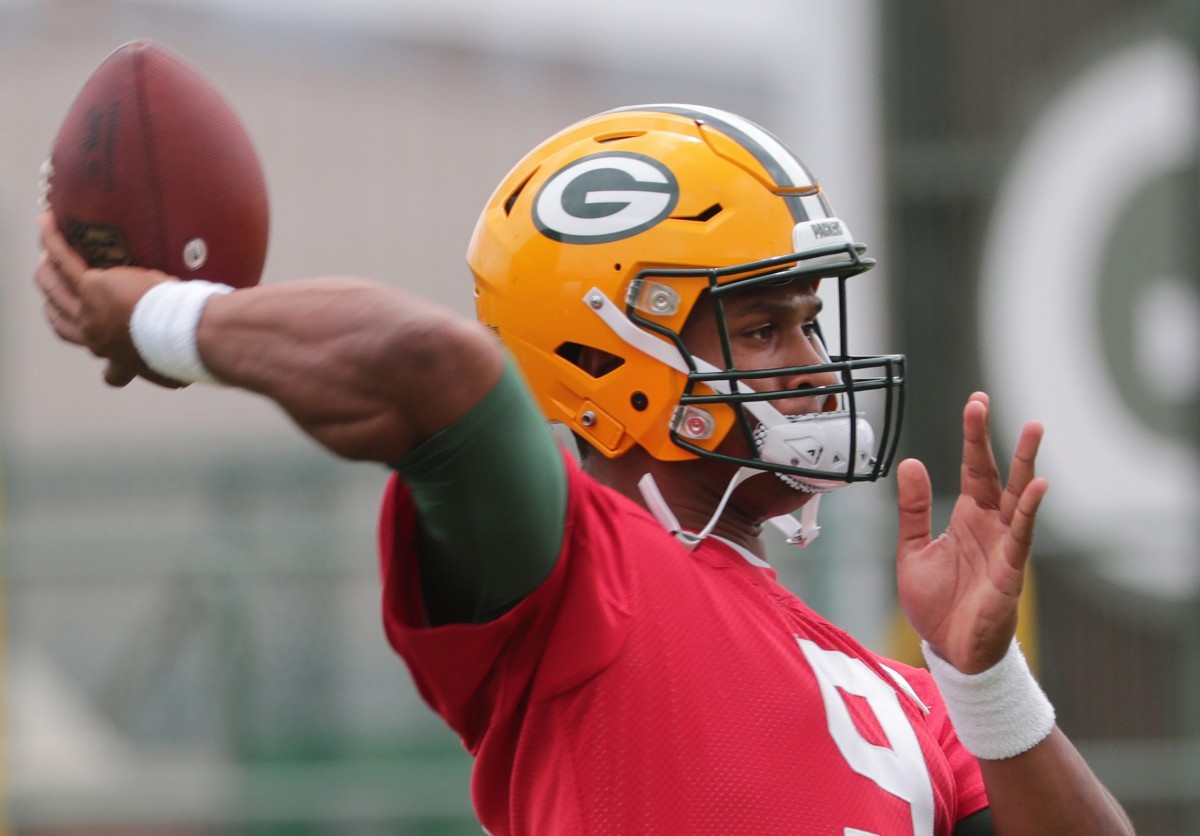 Two years ago, then-Browns GM John Dorsey set about overhauling the team after the 0-16 finish. Dorsey aggressively hit the trade market, swapping in talent left and right. He added Jarvis Landry and Tyrod Taylor in separate deals, and also made what was considered a stunner at the time.

On this date, March 9th, in 2018, Dorsey dealt away the Browns starting quarterback from 2017, sending DeShone Kizer to the Green Bay Packers. Damarious Randall, a former first-round pick who disappointed while playing out of position in Green Bay, came to Cleveland in return.

The Browns clearly won this exchange. Randall played very well at his natural position of free safety in 2018, instantly elevating the coverage and overall defense. Randall notched a career-high 85 tackles and picked off four passes.

His first season of success in Cleveland did not carry over, unfortunately. Randall was a flighty liability with injury issues in 2019, and he won’t be back in 2020 as a result. But he still contributed more positive snaps and presence to the Browns than the Packers ever got from Kizer.

Kizer’s issues protecting and delivering the football followed him to Green Bay. In his one game of extended playing time with the Packers, the 2018 season finale against the Detroit Lions after Aaron Rodgers tapped out with a minor injury, Kizer completed just 16 of his 35 pass attempts. He threw one interception and had two others dropped.

The Packers dumped Kizer after the 2019 preseason, opting instead to ride with Tim Boyle as Rodgers’ backup. Kizer spent the season on the Raiders bench in Oakland as their third-string QB behind Derek Carr and Mike Glennon. 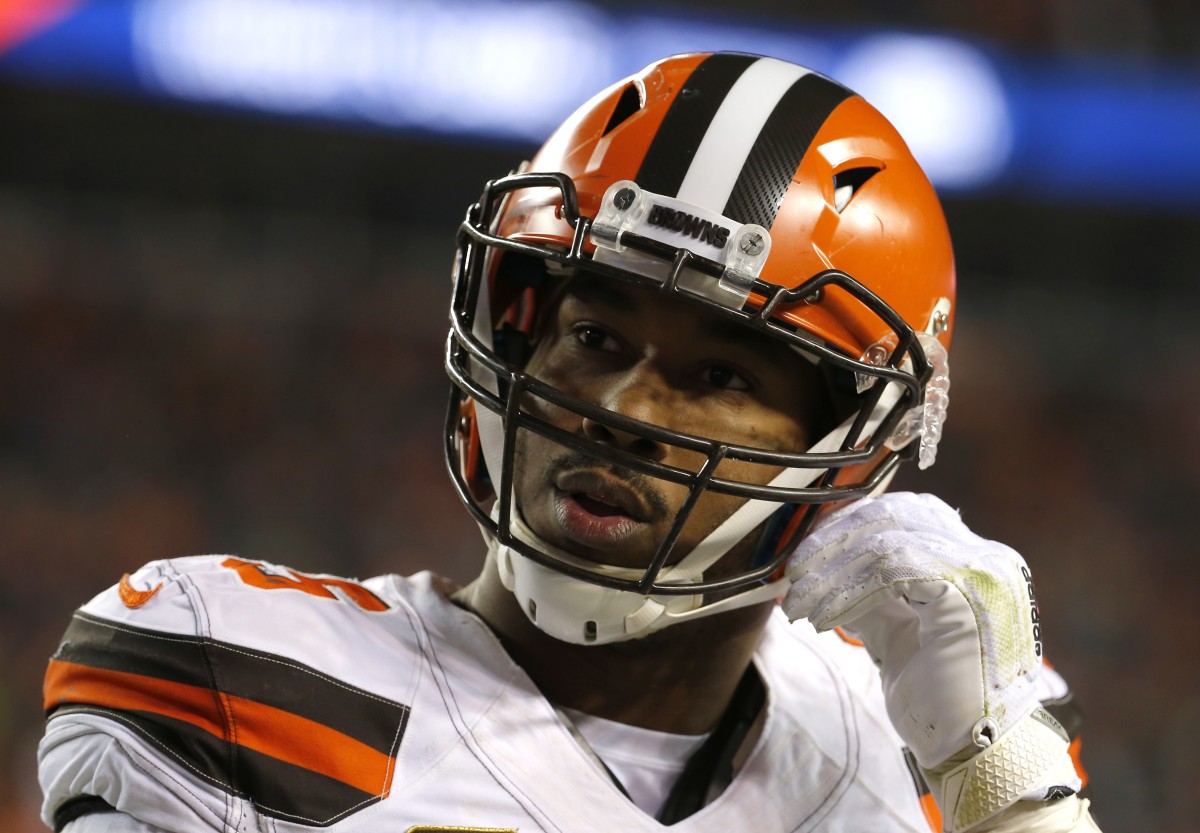 Browns GM John Dorsey has released a statement for the organization reacting to defensive end Myles Garrett’s indefinite suspension being upheld. Garrett appealed the decision on Wednesday but the NFL denied his appeal.

As a result, No. 95 will remain suspended until at least the end of the 2019 postseason. Garrett will need to apply for reinstatement with NFL commissioner Roger Goodell at an undetermined date after the end of the season.

As we’ve consistently stated, our organizational support for Myles will continue. He is a man of high character and unquestionable integrity. He was open and honest with us about the incident from the start. He has taken accountability for his actions on Thursday night and this situation will not define him. As an organization, our focus going forward remains on the task-at-hand, which is preparing for the Miami Dolphins.