The Bears bolstered their secondary with the addition of CB Kyler Gordon in the NFL draft. Get to know the newest Bear. 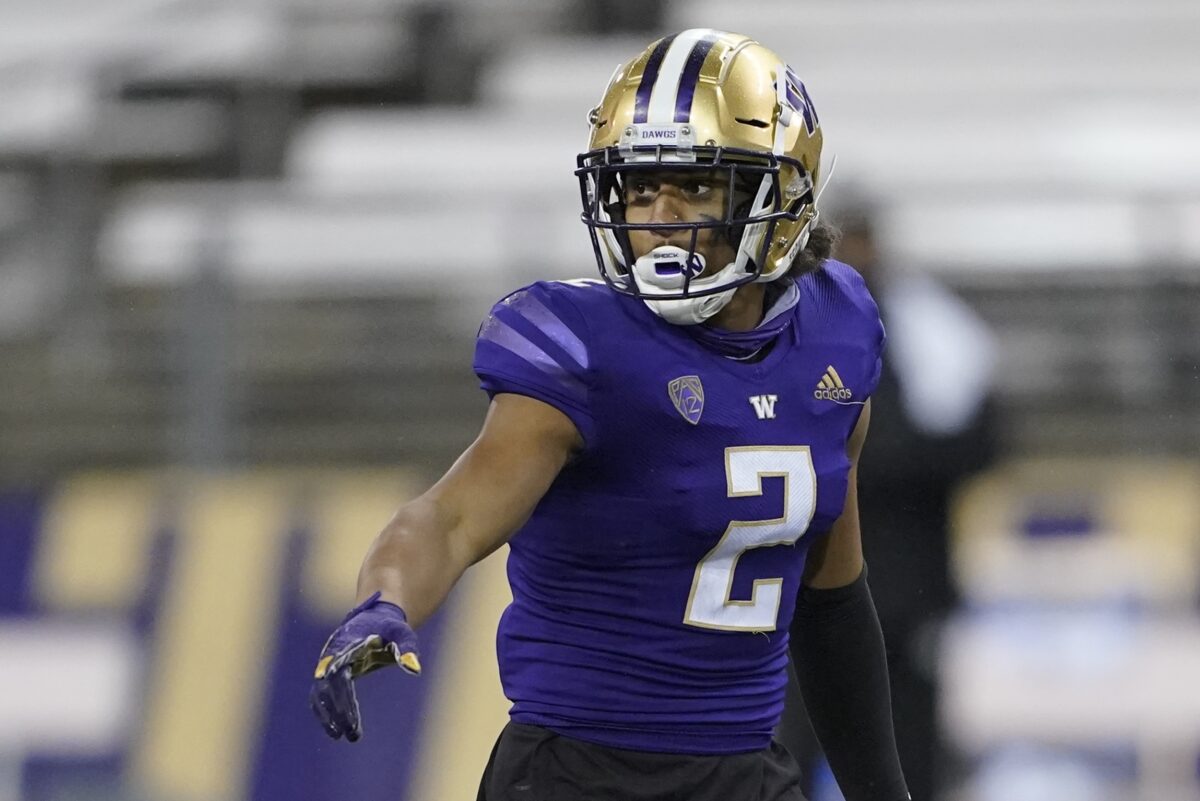 The Chicago Bears bolstered their secondary on Friday evening when they selected Washington cornerback Kyler Gordon with their first pick of the 2022 NFL draft at 39th overall. Gordon was regarded as one of the top 10 cornerbacks in the draft.

Gordon enters a secondary that was consistently picked on in 2021, allowing deep completions and missing tackles far too often. He’ll be on the fast track to being a starter opposite Jaylon Johnson after a productive collegiate career. The Huskie standout totaled two interceptions last season with 45 total tackles, including two for a loss. He also had one forced fumble on the year.

But there is much more to Gordon than just his collegiate stats. Here are five things to know about Kyler Gordon. 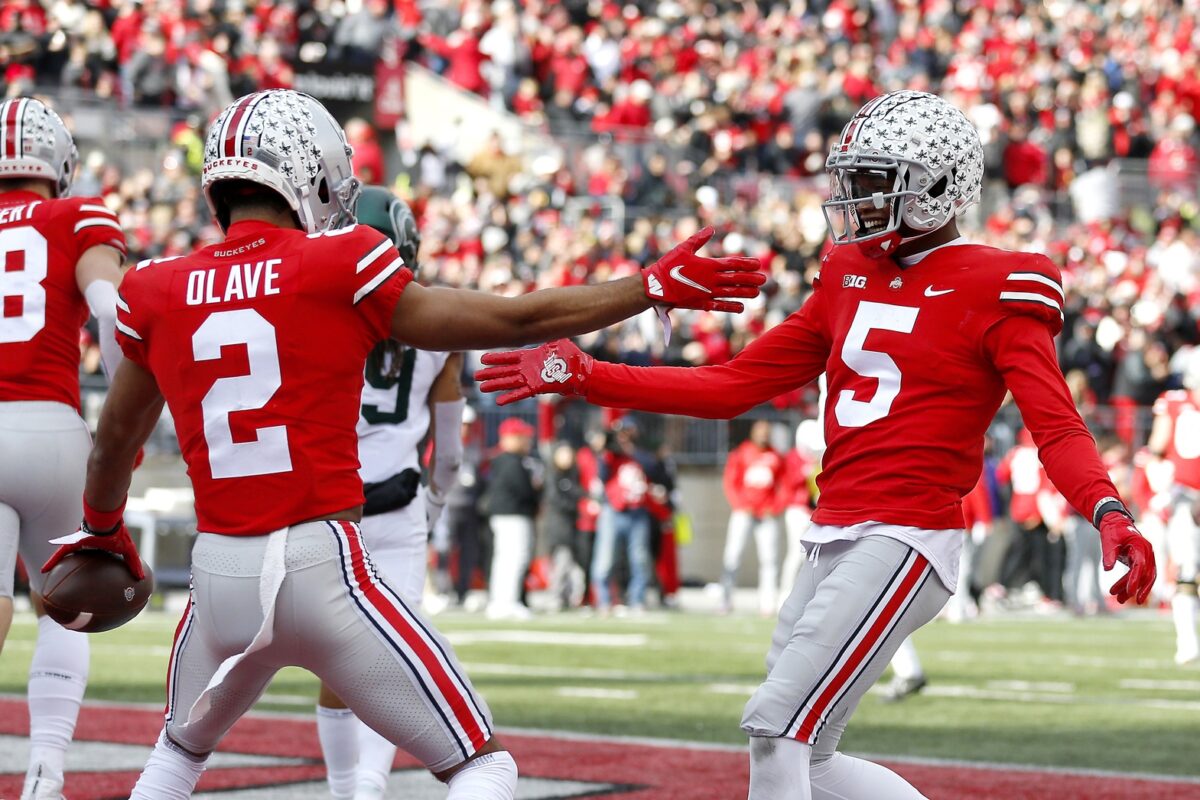 As teams start preparing for the NFL draft and the league-wide free-agent process, several big-boards were likely adjusted after the Broncos acquired quarterback Russell Wilson, and then the Washington Commanders acquired Carson Wentz from the Colts. 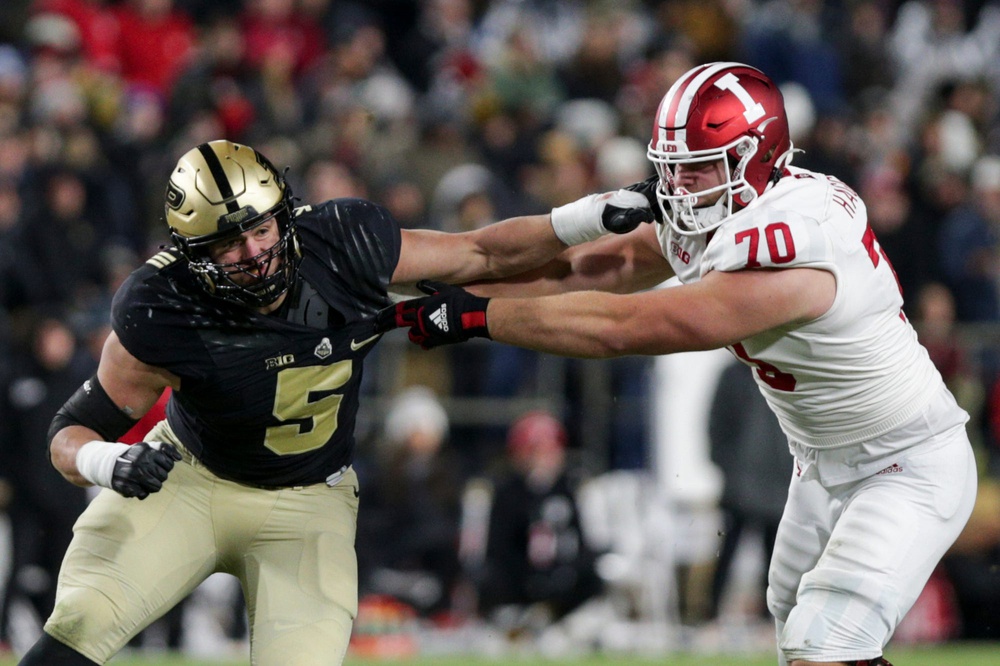 The NFL Combine was a huge success for several big named defensive players who are currently shaking up draft boards around the league.

Philadelphia has a ton of needs on the defensive side of the ball and the 2022 NFL draft is loaded with versatile and explosive playmakers on all three levels.

Whether it be pass rusher, defensive tackle, linebacker, cornerback, or safety, the Eagles will have their pick of the best with three first-round selections.

The post-combine mock drafts are out and many insiders expect Philadelphia to load up on defensive talent while adding a wide receiver.

Following the NFL Scouting Combine, here’s our second Bears mock draft of the season, where Chicago addresses some important needs. 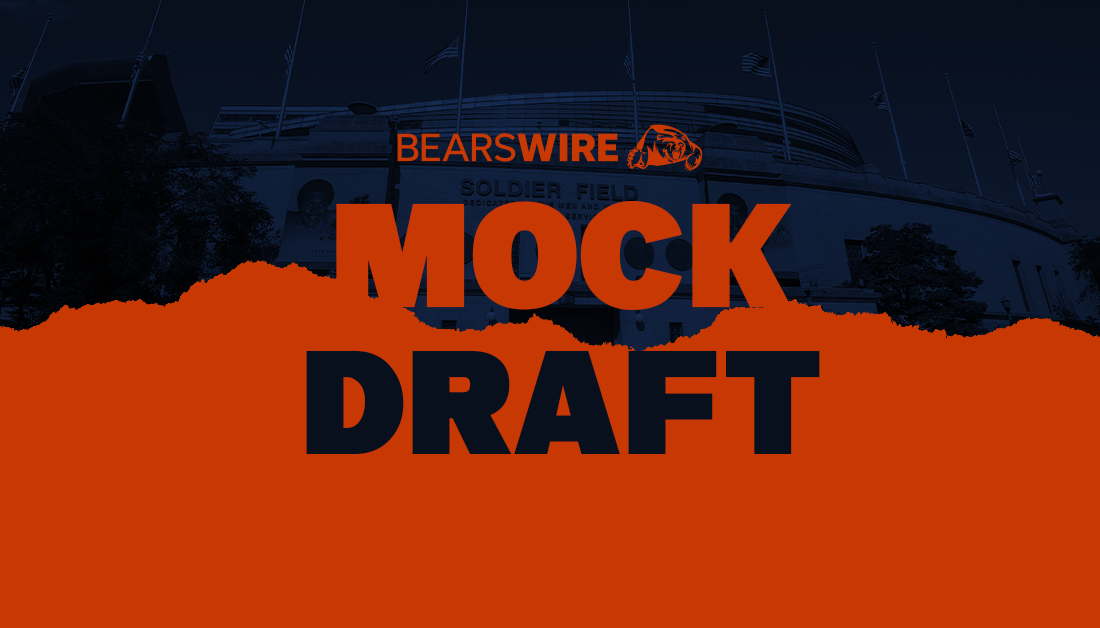 The Chicago Bears have a vital offseason ahead of them where new general manager Ryan Poles has some big decisions to make with the roster.

During his introductory press conference, Poles stressed the importance of building through the NFL draft. But it’s going to be challenging, given the Bears have just five draft selections this year. Not to mention, they’re without a first-round pick after trading it to move up and acquire Justin Fields last year.

With a plethora of needs ranging from wide receiver to offensive line to defensive back, Ryan Poles has plenty of work to do with this roster. 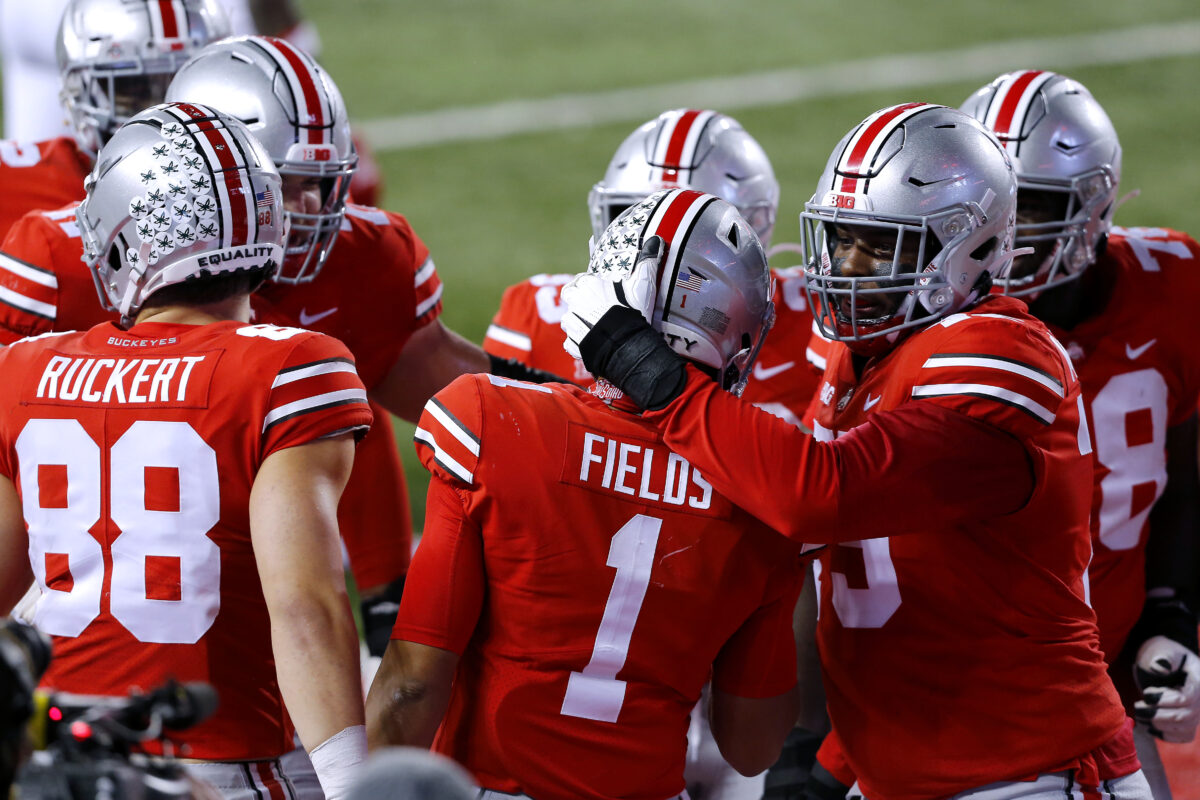 There’s a lot of excitement about Bears quarterback Justin Fields heading into his second NFL season. Fields had a tough rookie year, which included being among the most-sacked quarterbacks and handcuffed by the coaching staff.

But this year will serve as a fresh start for Fields, who will be learning a new offense with offensive coordinator Luke Getsy. More importantly, new general manager Ryan Poles will look to maximize Fields’ development by adding playmakers at wide receiver and offensive linemen to keep him upright.

Fields has been lauded for his athleticism, work ethic and star power, including from his former teammates at Ohio State.

What would Hutchinson going No. 1 mean for the Detroit Lions at No. 2 overall? 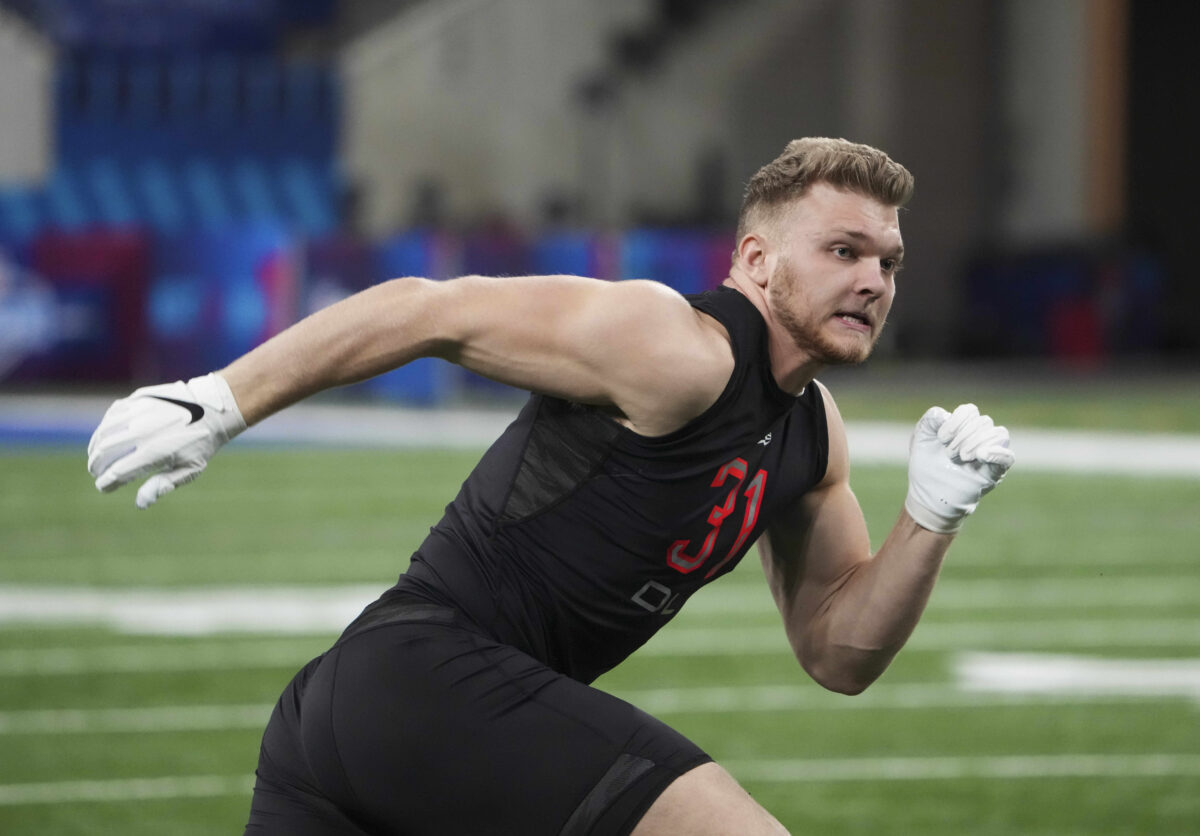 The No. 2 pick in the 2022 NFL draft belongs to the Detroit Lions, and there seems very little inclination by the Lions to try and trade up for the No. 1 pick. That means that the Jacksonville Jaguars control the player availability at No. 2 by what they do with the No. 1 pick.

In his NFL scouting combine wrap-up for FMIA, NBC Sports’ Peter King opined that he believes Michigan EDGE Aidan Hutchinson will be the Jaguars’ choice for the top spot. In a subheading titled, “Aidan Hutchinson exits Indy as the odds-on favorite to be the top pick”, King notes,

I don’t believe Jags GM Trent Baalke and coach Doug Pederson will be unduly swayed by combine tests. But the tape says a lot about Hutchinson’s raw power and instincts and drive. His college production (30.5 tackles-for-loss plus sacks last season) has made some scouts compare him to former NFL edge player Jared Allen, who put up 136 sacks in 12 NFL season. Their on-field zeal is certainly comparable.

Invoking Jared Allen, a 4-time All-Pro who posted a peak of 89.5 sacks in six seasons in his prime, is a very fitting note for Hutchinson. Allen was a 6-foot-6, 270-pound power-to-speed player with outstanding agility and a relentless motor. All those qualities are often mentioned with Hutchinson as well. But Allen also had short arms for his height and for the position and made it work, something Hutchinson will have to do at the NFL level, too.

Hutchinson’s lack of arm length became a big topic of combine week. At 6-foot-7, his arm length of 32 1/8″ is quite small. Allen measured in at just 32 inches at 6-foot-6 back at the combine in 2004. Hutchinson topped Allen’s workout numbers in every metric, too.

What that means for the Lions

While some other names, notably Oregon EDGE Kayvon Thibodeaux, get projected to Detroit at No. 2, Hutchinson is the consensus choice of pre-combine mock drafts for the Lions. If he’s gone, it opens the door for GM Brad Holmes to explore different positions, including quarterback (Malik Willis) or safety/LB (Kyle Hamilton). Georgia DL Travon Walker threw his name into the hat with an outstanding athletic display, and Thibodeaux will still get mentions as well despite choosing not to work out.

#Philadelphia #Eagles coach Nick #Sirianni on the value of Gardner #Minshew; Importance of backup QB position in the #NFL 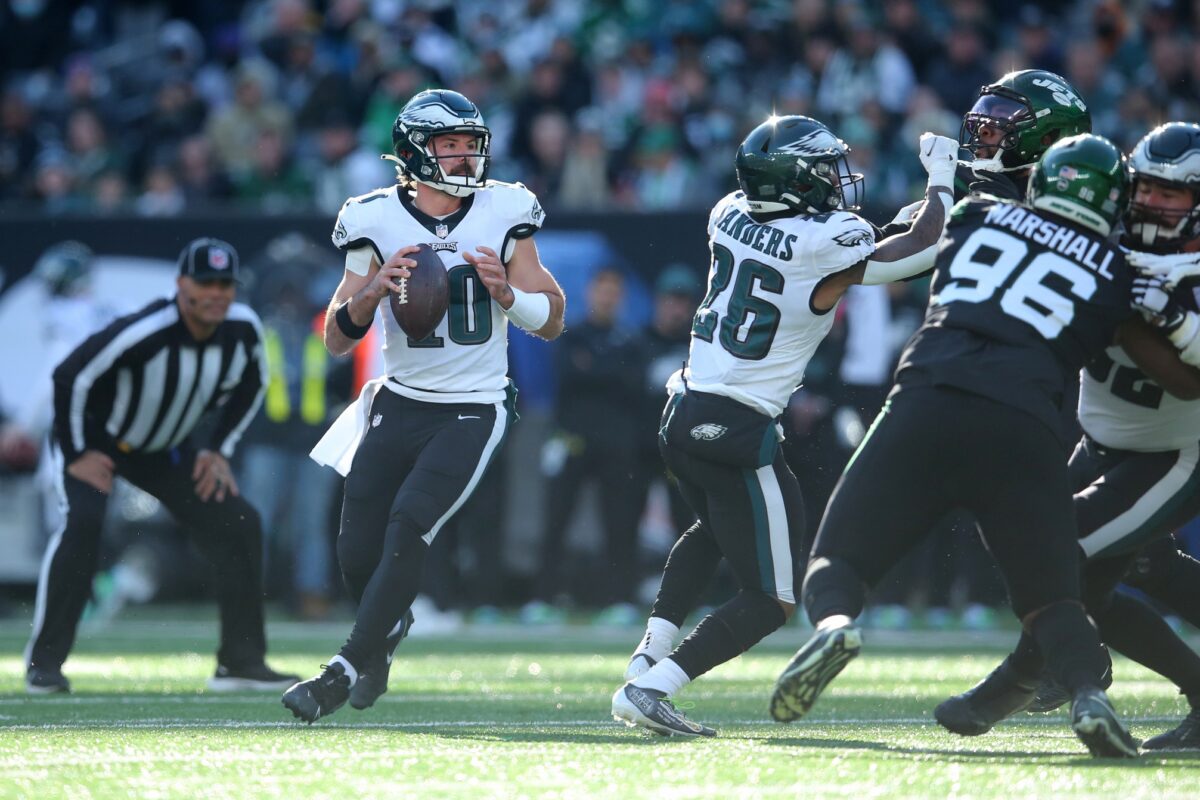 Gardner Minshew wants to be a starting quarterback in the NFL, but he’s stuck behind Jalen Hurts on Philadelphia’s depth chart, and even more importantly, he’s a valuable member of the Eagles roster.

During a sitdown with PFF, head coach Nick Sirianni gave some insight into the value Minshew brings, along with highlighting just how important a solid backup quarterback is to a team’s goals.

I asked #Eagles HC Nick Sirianni if they would entertain the possibility of trading QB Gardner Minshew.

“If I’m around Frank (Reich) for two years in San Diego, three years (in Indy), for five years, if I didn’t learn something about the backup quarterback…” pic.twitter.com/9CdLrGVANM

The former Washington State star has one year left on his rookie contract, counting $965,000 against the salary cap in 2022, and he’s among the most valuable backup quarterbacks in the entire NFL.

Check out the players who helped themselves the most with their performance at the 2022 NFL combine.

The NFL combine has ended and NFL teams now have a lot more information to use in their draft evaluation of players.

Some players were impressive.

Draft Wire managing editor Luke Easterling wrote about the biggest winners from the combine — the players who helped themselves the most with impressive drills and workouts.

Those players are listed below. Read his full post for full details about what they did at the combine that was so good.

Which prospects made the most of their trip to Indianapolis for this year’s NFL Scouting Combine? 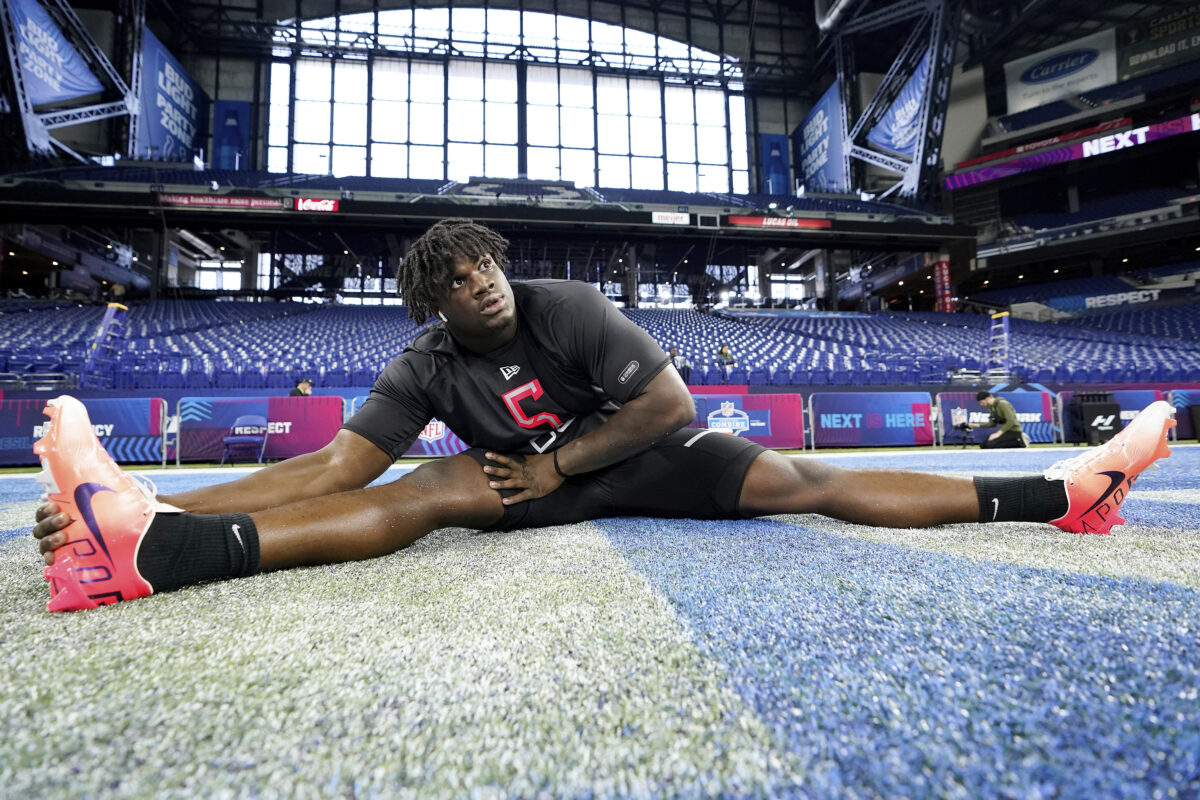 The 2022 NFL Scouting Combine is officially in the books, and this year’s draft class showed off an incredible combination of speed and athleticism.

While there may have been a handful of players who didn’t quite live up to the hype this week in Indianapolis, the vast majority of the surprises were pleasant, as top prospects and sleepers alike made a positive impression on league scouts and decision-makers.

Who made the most of their trip to Lucas Oil Stadium this week?

Here are our picks for the biggest winners from this year’s event: 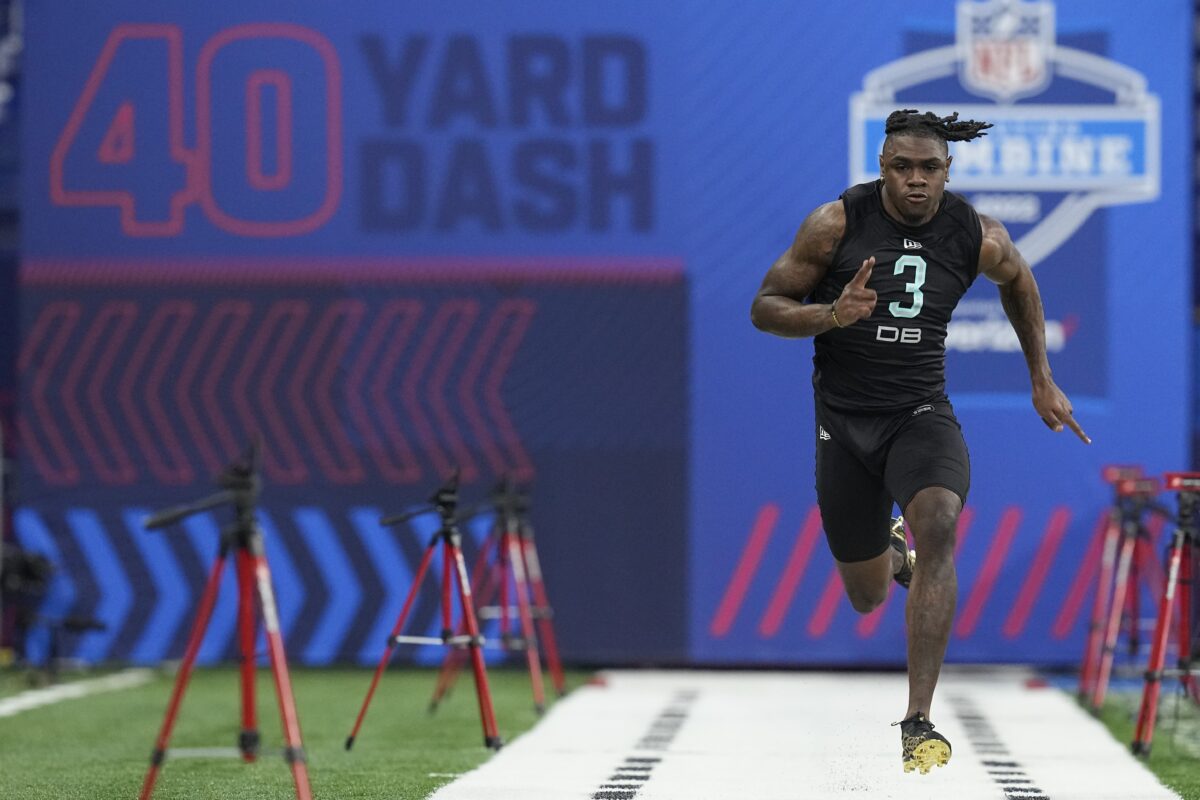 The 2022 NFL Scouting Combine wrapped up Sunday afternoon with on-field drills for the defensive backs, and this year’s event saved some of the best performances for last.

Here are some of the best highlights from the final day of workouts at Lucas Oil Stadium in Indianapolis: