Legendary Boston Celtic Bill Russell died at the age of 88 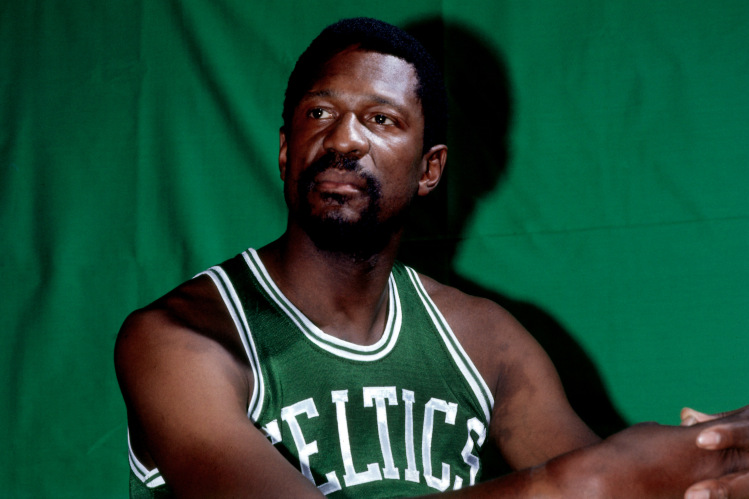 The legendary Bill Russell died on Sunday, July 31, at the age of 88. The incomparable Boston Celtics center was an 11-time NBA champion and 5-time league MVP. He averaged 15 points per game and better than 22 rebounds per contest. Rest in Peace to an all-time legend.

How did the 2019 NBA first-rounders fare in the association? 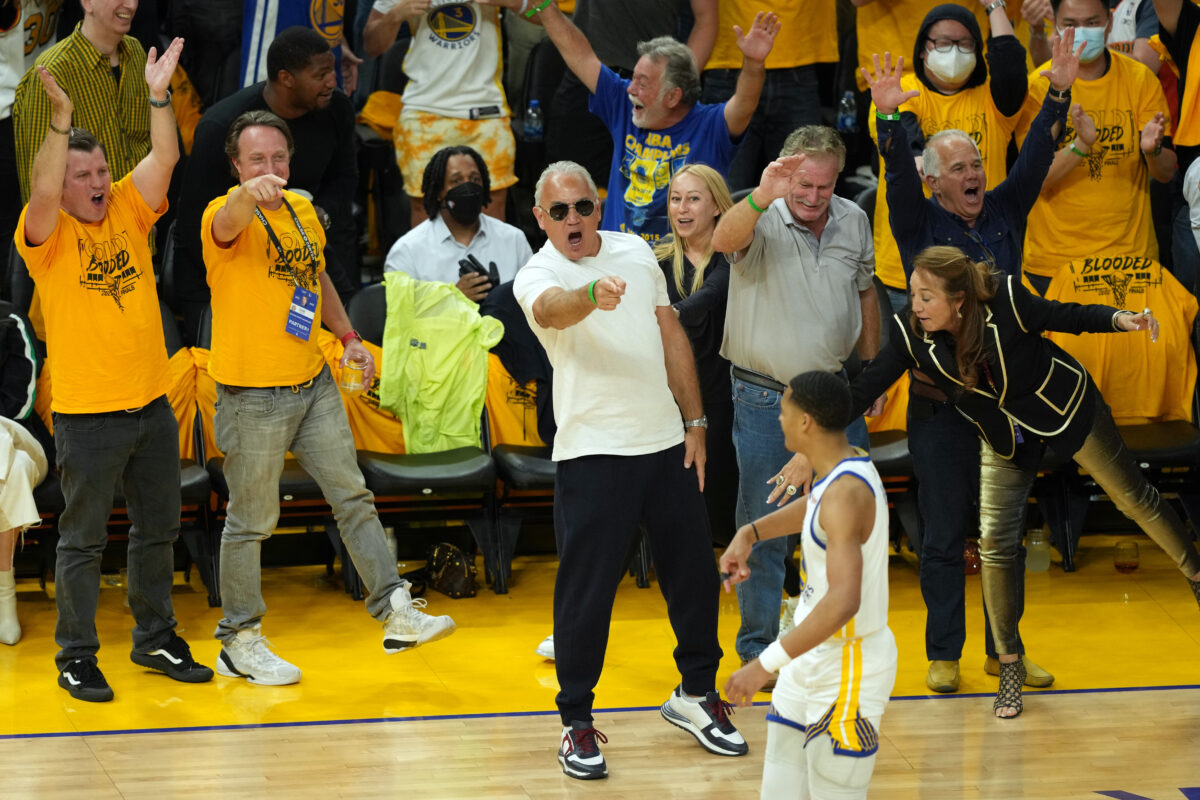 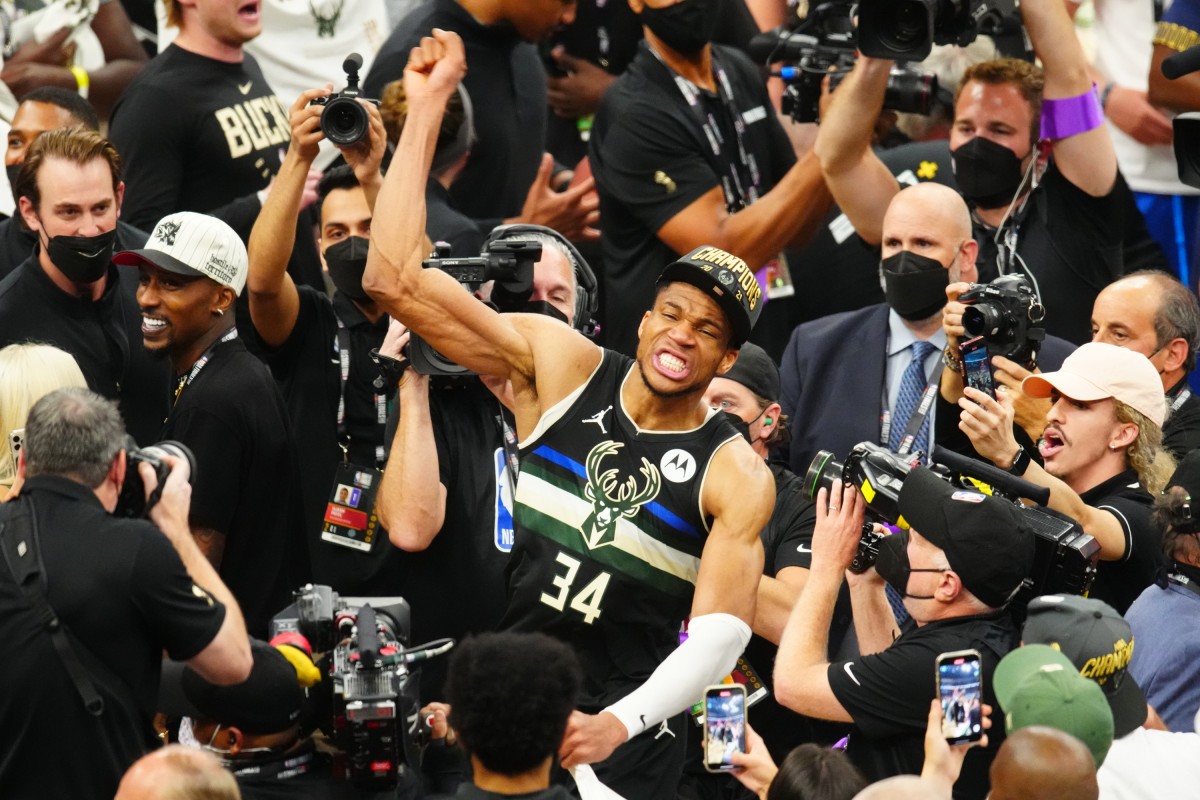 The 2020-21 NBA season officially closed when the Milwaukee Bucks won the NBA Finals in six games on Tuesday night.

Once trailing 2-0 to the Phoenix Suns, the Bucks roared back thanks to incredible performances from star Giannis Antetokounmpo to take a 3-2 lead. The Bucks stole Game 5 on the road, putting themselves in a position to close the series at home in Game 6.

Once the game tipped off, Antetokounmpo ensured there would be no Game 7. The versatile 26-year-old star concluded his monstrous series with one of the most memorable stat lines in Finals history: 50 points, 14 rebounds, five blocks and two steals.

With the win, Milwaukee claimed its first NBA title since 1971, and Antetokounmpo won the Finals MVP award.

James previously said he was rooting for Chris Paul to win it all based on their long friendship and even attended Game 5 in Phoenix.

Paul, a 16-year veteran, had never made the finals in his illustrious career until this season, his first with the Suns. This was as close as Paul has gotten to his first ring, but Antetokounmpo and the Bucks simply couldn’t be stopped when it mattered most.

As this season is officially over, the next step is the 2021 NBA draft, which is July 29. 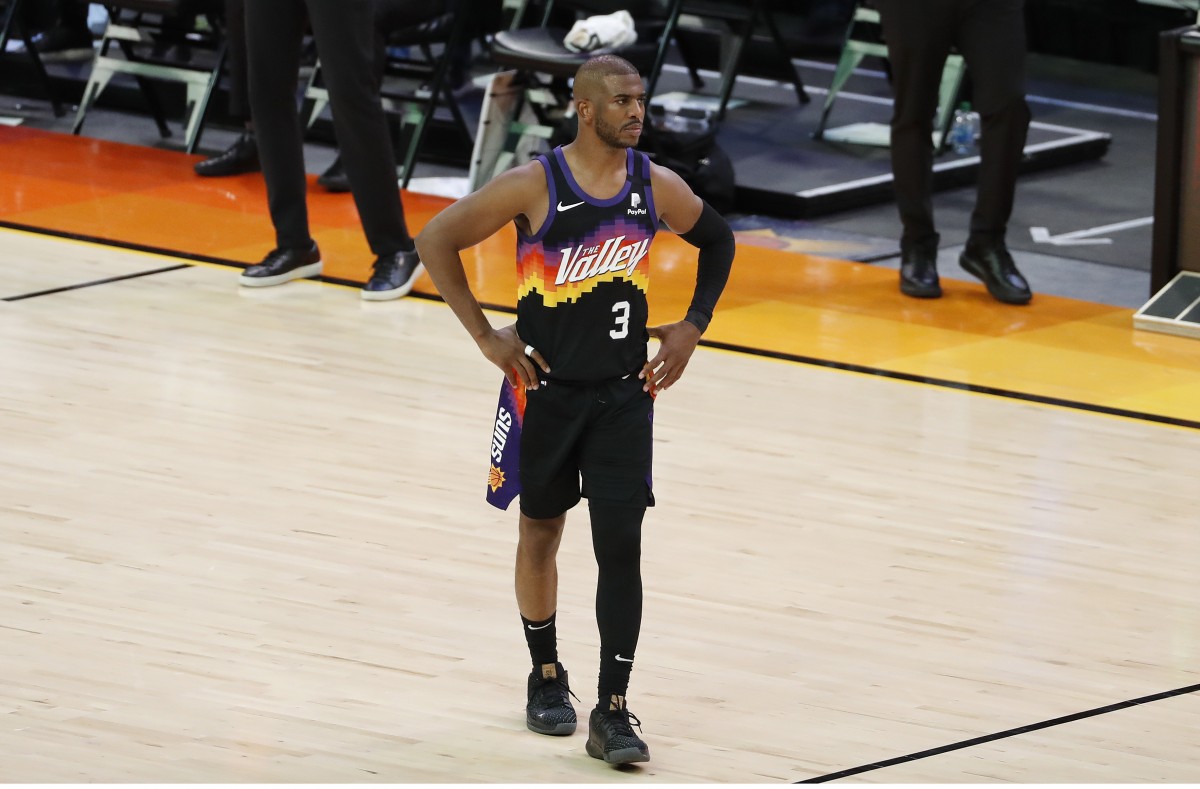 The first game of the 2021 NBA Finals is in the books, and the Phoenix Suns have grabbed the lead.

The Suns, with home-court advantage, defeated the Milwaukee Bucks, 118-105, and possess the momentum entering Game 2.

Phoenix grew the lead to double-digits in the third quarter when Chris Paul took over, and once Paul seized control of the game, the Suns didn’t look back.

Paul dropped 32 points, nine assists, four rebounds and a steal in 37 minutes while shooting 12-of-19 overall, 4-of-7 from 3-point range and 4-of-4 from the free-throw stripe.

This series is the first time Paul is playing in the NBA Finals during his lengthy career.

With Phoenix and Paul three wins away from winning their first titles each, Los Angeles Lakers star LeBron James reacted to the moment on Twitter:

Paul and the Suns were the team that eliminated the Lakers in the first round this season — preventing L.A. from repeating as champions — but the friendship between James and Paul dates back a long time.

See the complete schedule and where to watch the Milwaukee Bucks-Phoenix Suns Finals matchup. 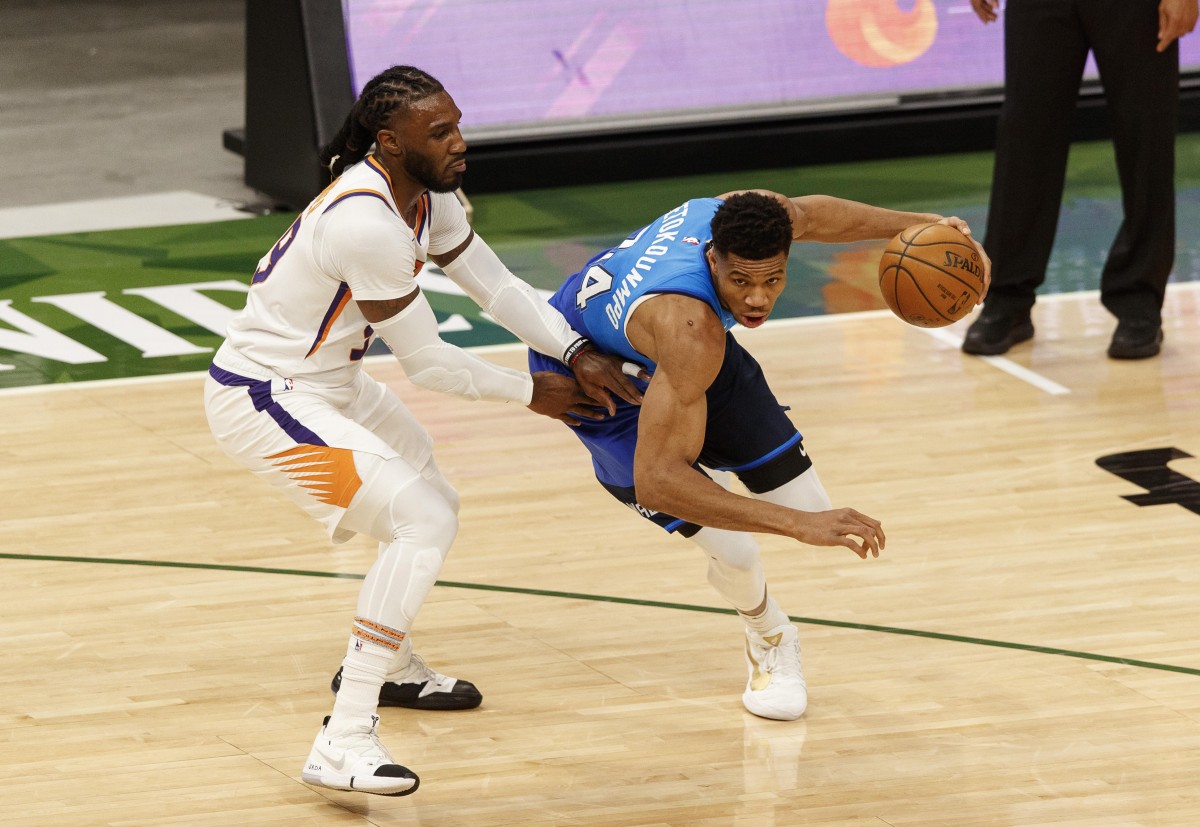 The 2021 NBA Finals is officially set as the Milwaukee Bucks and Phoenix Suns will face off with plenty at stake.

Milwaukee hasn’t won an NBA title since the 1971 season, and with one of its best rosters ever, it must capitalize on this opportunity.

However, star Giannis Antetokounmpo is day-to-day with a knee injury he suffered in the Eastern Conference Finals, so his status is a key factor to monitor heading into Game 1.

The Suns last played in the Finals in 1993, but the franchise has never hoisted the title in its history. Led by Chris Paul and Devin Booker, Phoenix has been one of the most complete teams in all of basketball this season.

With both teams eager to achieve what hasn’t been done in a long time, here’s the full schedule and where to watch the games, via NBA Communications:

The most notable difference in this series is the three days of rest between Game 2 until Game 6, if necessary.

Prior playoff series this postseason has had mostly one day of rest, but the extra time off will help players’ bodies recover and there will be more time to watch film and improve for the next game.

The Milwaukee Bucks and Phoenix Suns will face off in the 2021 NBA Finals. 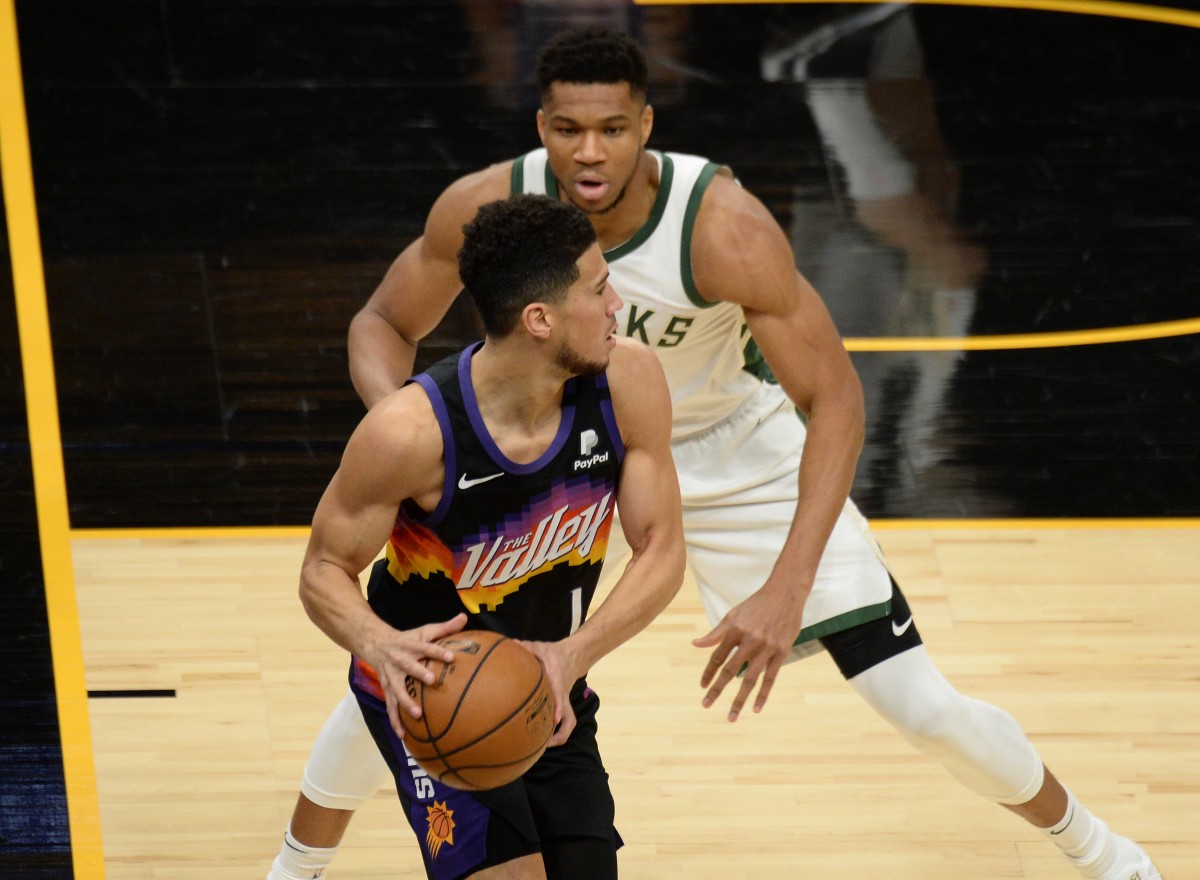 The NBA is one step closer to announcing a new champion for the 2021 season.

After the Milwaukee Bucks defeated the Atlanta Hawks in Game 6 of the Eastern Conference Finals, Milwaukee cemented its place in the NBA Finals.

Joining the Finals from the Western Conference are the Phoenix Suns, who have defeated the Los Angeles Lakers, Denver Nuggets and L.A. Clippers in the postseason.

Phoenix has never won an NBA title in franchise history, while the Bucks haven’t lifted the title since 1971.

Milwaukee’s biggest concern entering Game 1 is the health of star Giannis Antetokounmpo. Antetokounmpo is dealing with a knee injury he suffered recently against the Hawks and is day-to-day.

Both regular-season games went to the closing seconds, but the Suns won both games by one point each. Phoenix won the first game, 125-124, and the second game, 128-127. 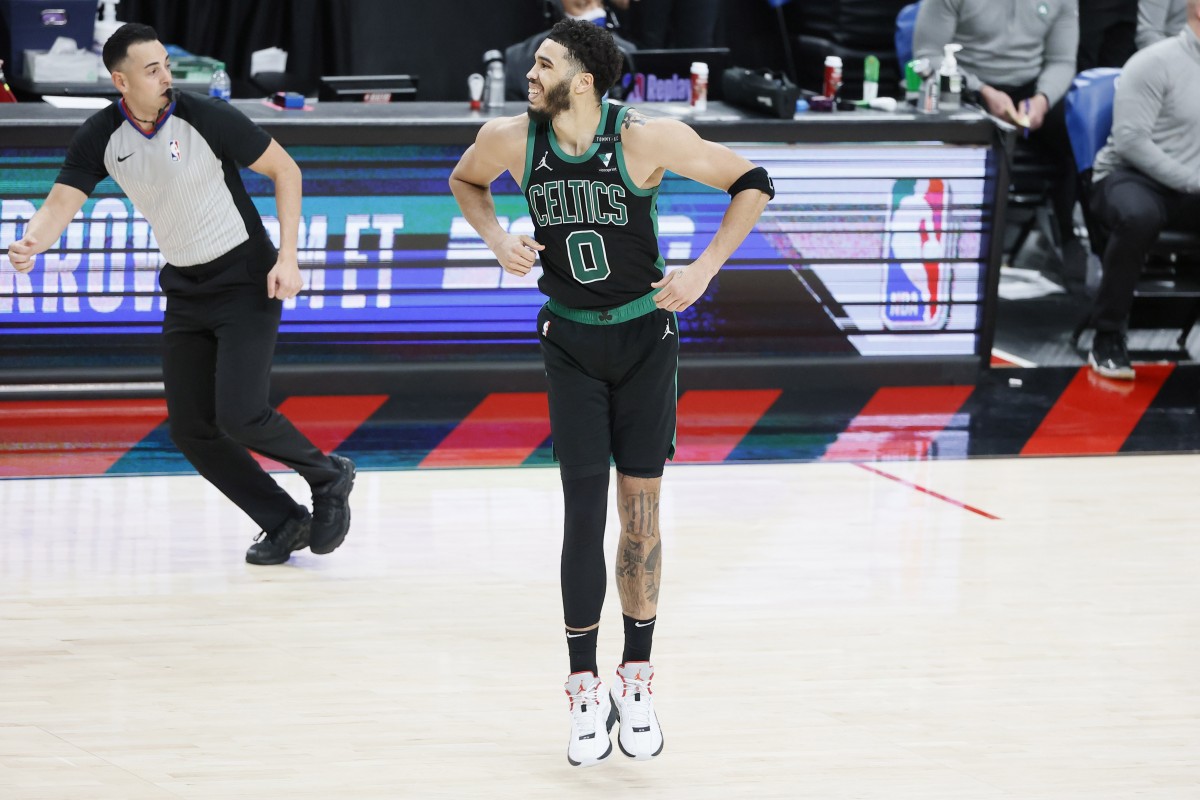 The greatest rivalry in NBA history adds another chapter on Thursday night when the Boston Celtics visit the Los Angeles Lakers. While the Lakers are without their two stars, they’ve been able to string some wins together lately and just finished a stretch of seven straight road games with a 4-3 record.

But even though they beat a Brooklyn team with Kyrie Irving and Kevin Durant earlier this week, there’s a fair case to be made that the Celtics are playing better than any team the Lakers have faced over the past month. Jayson Tatum’s scoring is up as he continues to return to form after testing positive for COVID-19 and Marcus Smart’s return to health has helped ease woes on the defense.

In addition to Smart, the trade of Daniel Theis has opened up playing time for young center Robert Williams. Since trading Theis and opening playing time for Williams, the Celtics have gone 8-3.

Los Angeles: The Lakers have not yet submitted an injury report.  Anthony Davis (Achilles) and LeBron James (high ankle sprain) are out, but expected to come back in the next couple of weeks.

The Los Angeles Lakers will continue their preseason schedule on Wednesday night against Devin Booker, Chris Paul, and the Phoenix Suns. 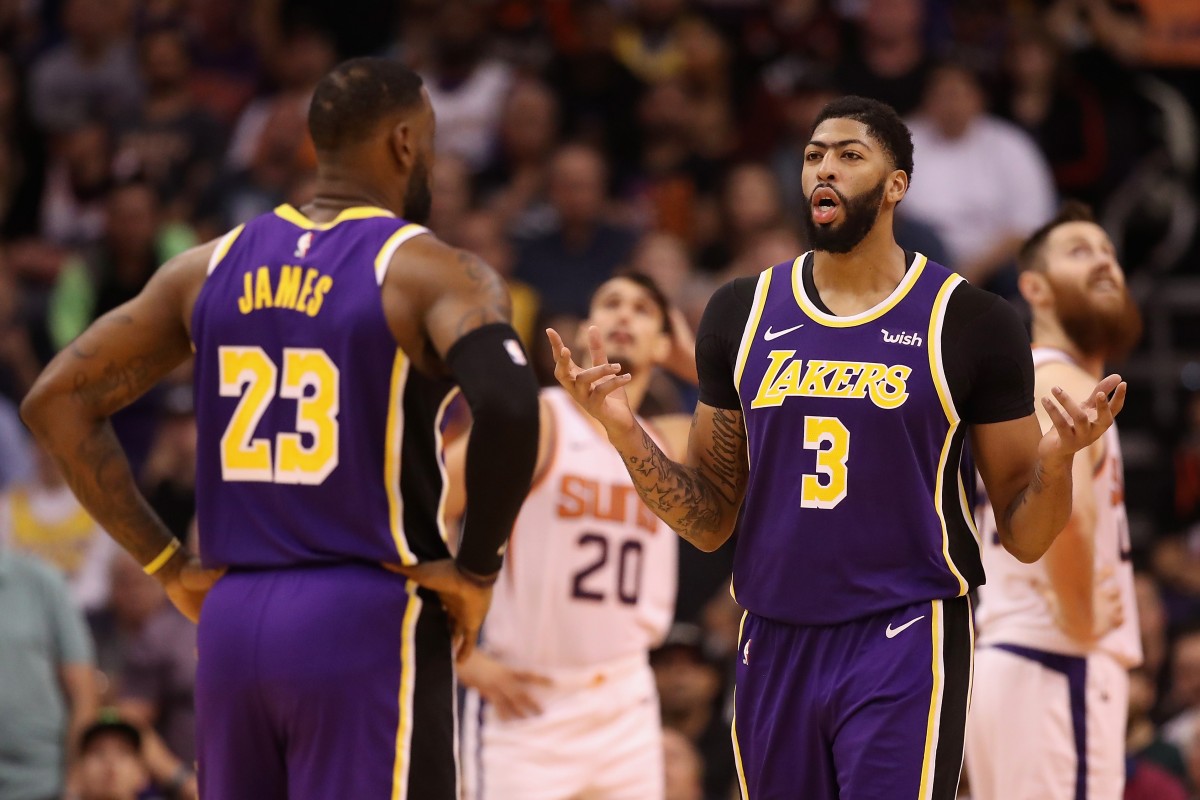 The Los Angeles Lakers have only two exhibition games remaining on their preseason schedule before they officially start the 2020-21 season and accept their championship rings for the 2020 NBA title, which the Lakers captured barely over two months ago in the NBA bubble down at Disney World.

As the Lakers continue their preseason schedule, they will face one of the only other teams that could say it left the bubble being better than they were before they arrived: the Phoenix Suns.

The Suns were one of the best stories of the seeding games. They went 8-0, barely missing the postseason, thanks to Damian Lillard’s incredible run. After their 8-0 run in the bubble, they made one of the biggest moves of the offseason by trading for Hall of Fame-level point guard Chris Paul, who helped lead the Oklahoma City Thunder to the fifth seed in the West last season.

New England Patriots quarterback Cam Newton showed up on the road for a big win over New York on Monday night. 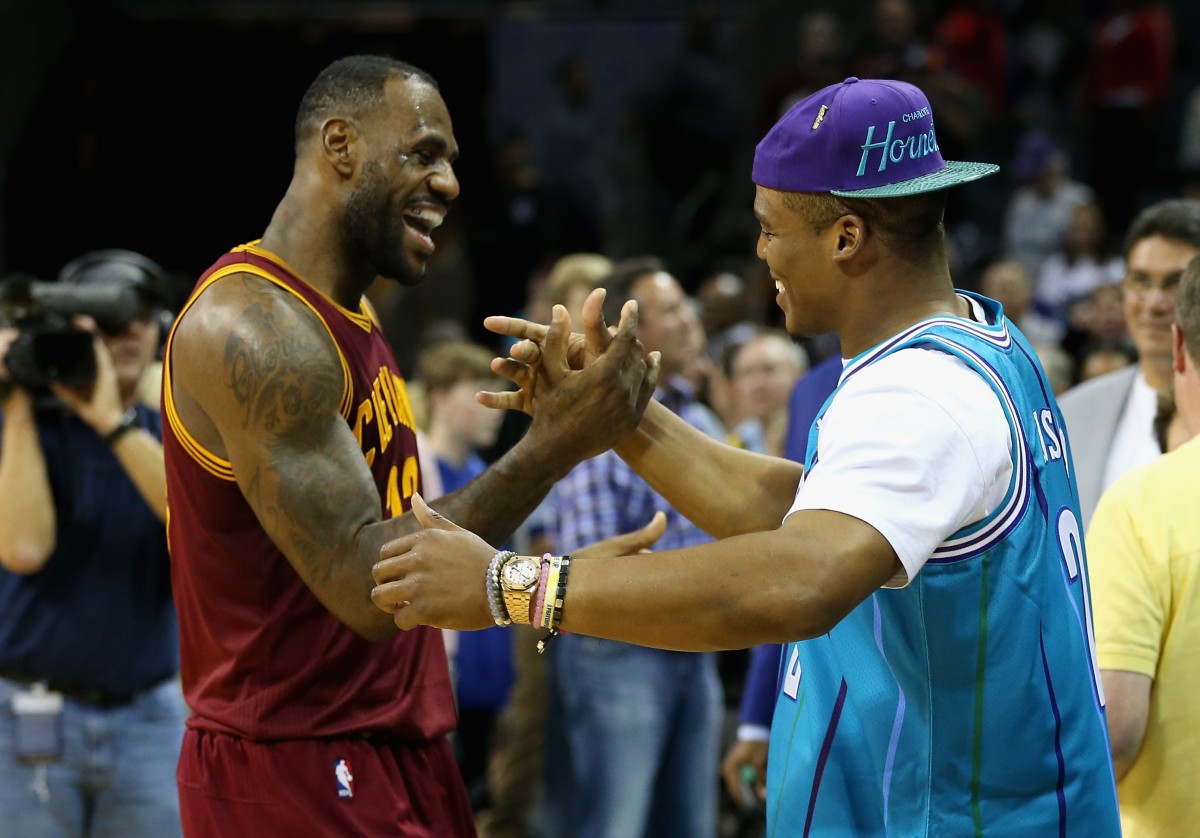 LeBron James isn’t in chill mode even though his Los Angeles Lakers are getting ready for yet another NBA season, which comes much sooner than many expected. But as we know, LeBron is also a huge NFL fan. He’s been watching a ton of NFL football, cheering on his Cleveland Browns and also just being a top notch football fan in general.

Enter Monday night and his good friend, New England Patriots quarterback Cameron Newton. Newton was at the controls for the Patriots in what was a difficult night for the squad. The Patriots had to grind more than anyone thought for a win last night against a fearsome, Bill Belichick-coached squad.

So LeBron James was hyped to see his friend Cam Newton go on the road to get an important win. While the AFC East is wide open, the Patriots need to keep pace with the rest of the people who want to make noise in the conference and nights like tonight help keep the peace in the East.

LeBron James showed the Los Angeles Lakers where he stands when it comes to his teammate Kentavious Caldwell-Pope, who will be a free agent. 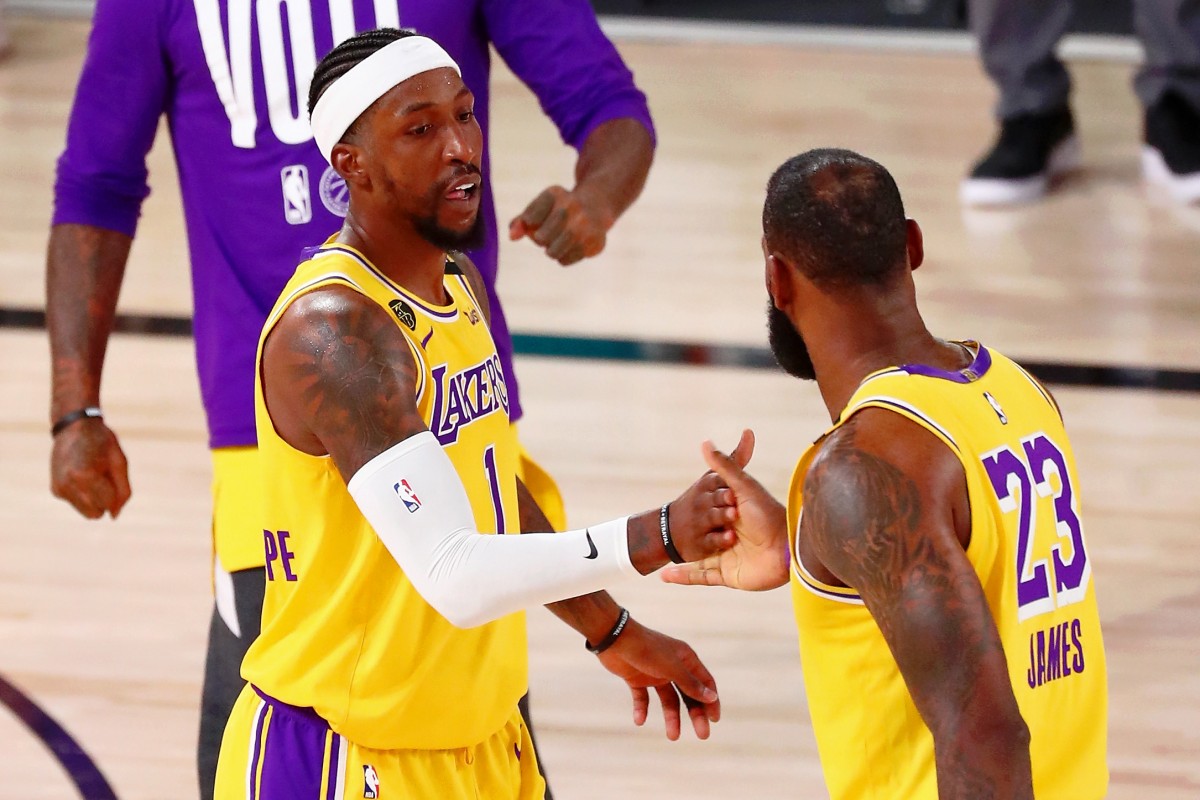 Los Angeles Lakers star LeBron James is still feeling the excitement of winning his fourth NBA championship while also helping the Lakers tie the Boston Celtics for the most championships in NBA history with 17. Of course, now that the season is over, the business of basketball will take center stage even though we are less than three weeks from the Lakers raising the Larry O’Brien trophy. The Lakers have several players who are expected to become free agents and while Anthony Davis is assuredly coming back, others may not be so certain.

Among the free agents, the Lakers will have, Kentavious Caldwell-Pope, perhaps their 3rd most important player in the playoffs. The NBA posted highlights of his play on Wednesday and then LeBron James shared it, with a hilariously forced wordplay on his initials.

If the playoffs didn’t drive it home, LeBron’s tweet should. He wants the Lakers to bring Caldwell-Pope back, whatever it takes.