In the spirit of the holiday season, here are 5 things Steelers Wire is asking Santa for Pittsburgh heads into the remainder of the season. 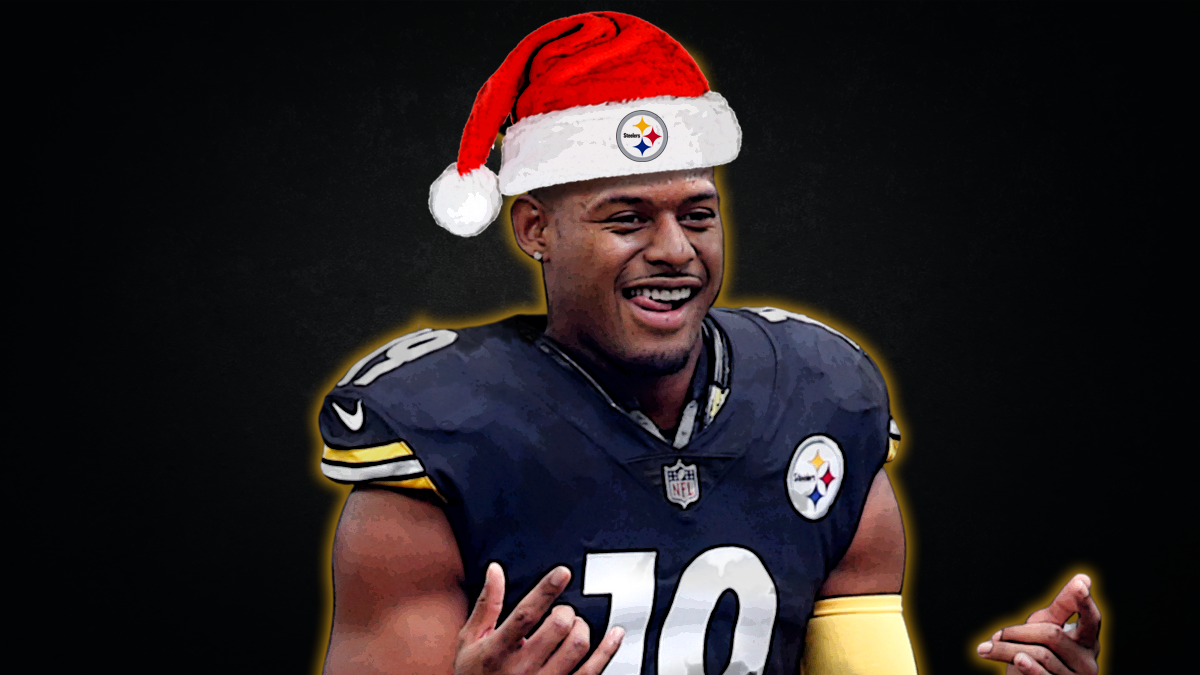 With two weeks remaining, the NFL is about to wrap up its 2020 regular season with a big pretty bow. 14 teams will head into the postseason with visions of a Super Bowl dancing in their heads. One of those teams is our beloved Pittsburgh Steelers — playoff-bound for the first time since 2017.

In the spirit of the holiday season, here are five things Steelers Wire is asking Santa for Pittsburgh heads into the remainder of the season.

There’s no question that Big Ben is part of the problem, but the solution starts with the man charged with calling those plays. 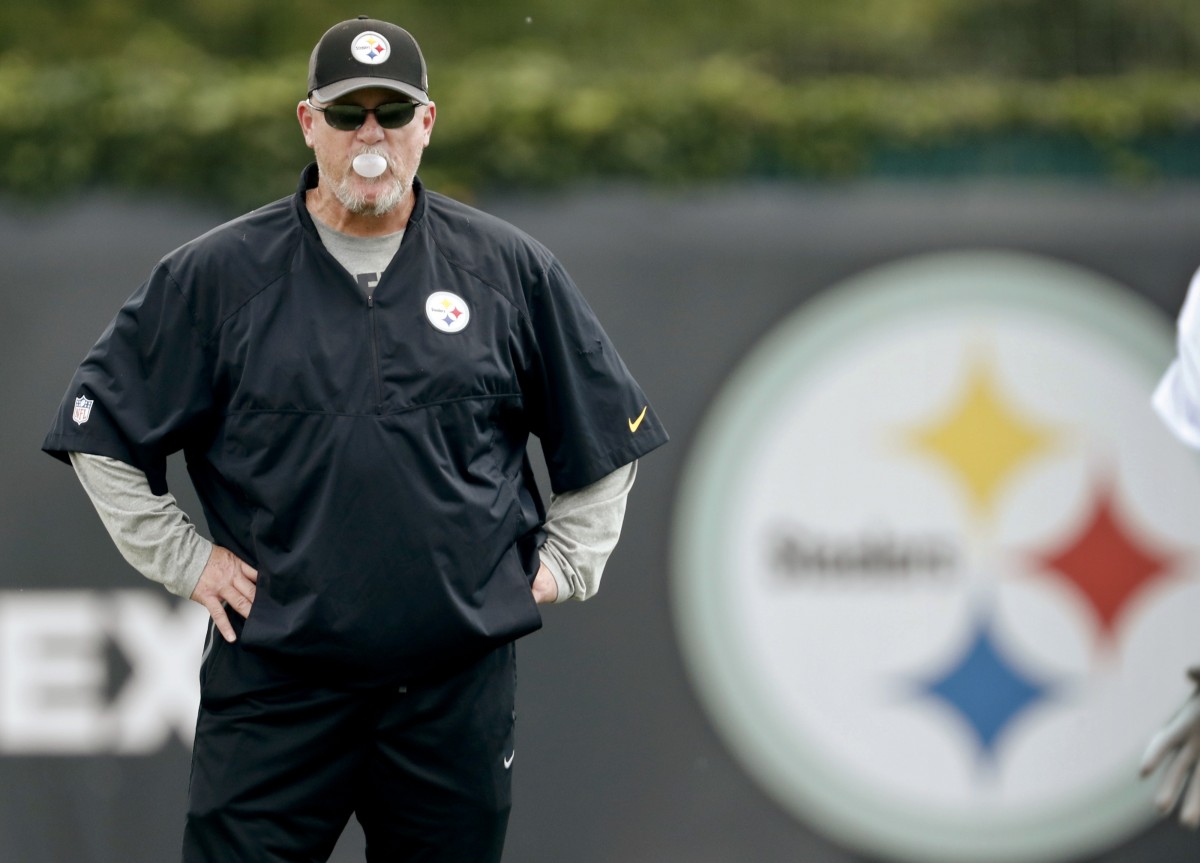 If it ain’t broke, don’t fix it. Well, it broke officially around Week 12, and there’s no fix in sight.

For the second week in a row, Steelers quarterback Ben Roethlisberger takes all of the blame for the team’s offensive struggles. And, like their offense, it’s getting predictable.

There’s no question that Roethlisberger is part of the problem, but the solution starts with the man charged with calling those plays. It’s offensive coordinator Randy Fichtner’s job to … coordinate the offense.

The quarterback’s job is to execute that offense — a tall task when what was once innovative is now unimaginative and lifeless.

A team is only as good as its ability to adapt. The Steelers aren’t adapting, so what does that make them? The loss to the Washington Football Team should’ve been a wake-up call to dig into the playbook and come up with a different approach. That never happened.

Roethlisberger is a sure-fire Hall of Famer, and for the first 11 weeks of the season, he was executing well an offensive scheme that was the opposite of everything he’d known for 16 seasons.

But it’s not working anymore and hasn’t been since Week 12. It’s beyond time for Fichtner to draw up something new that melds with Big Ben’s capabilities and that the offense can win with. If he can’t, Pittsburgh won’t see round two of the playoffs.

“The Bus” says the Steelers need to re-establish a commitment to the run, or they’re going to lose games they can’t afford. 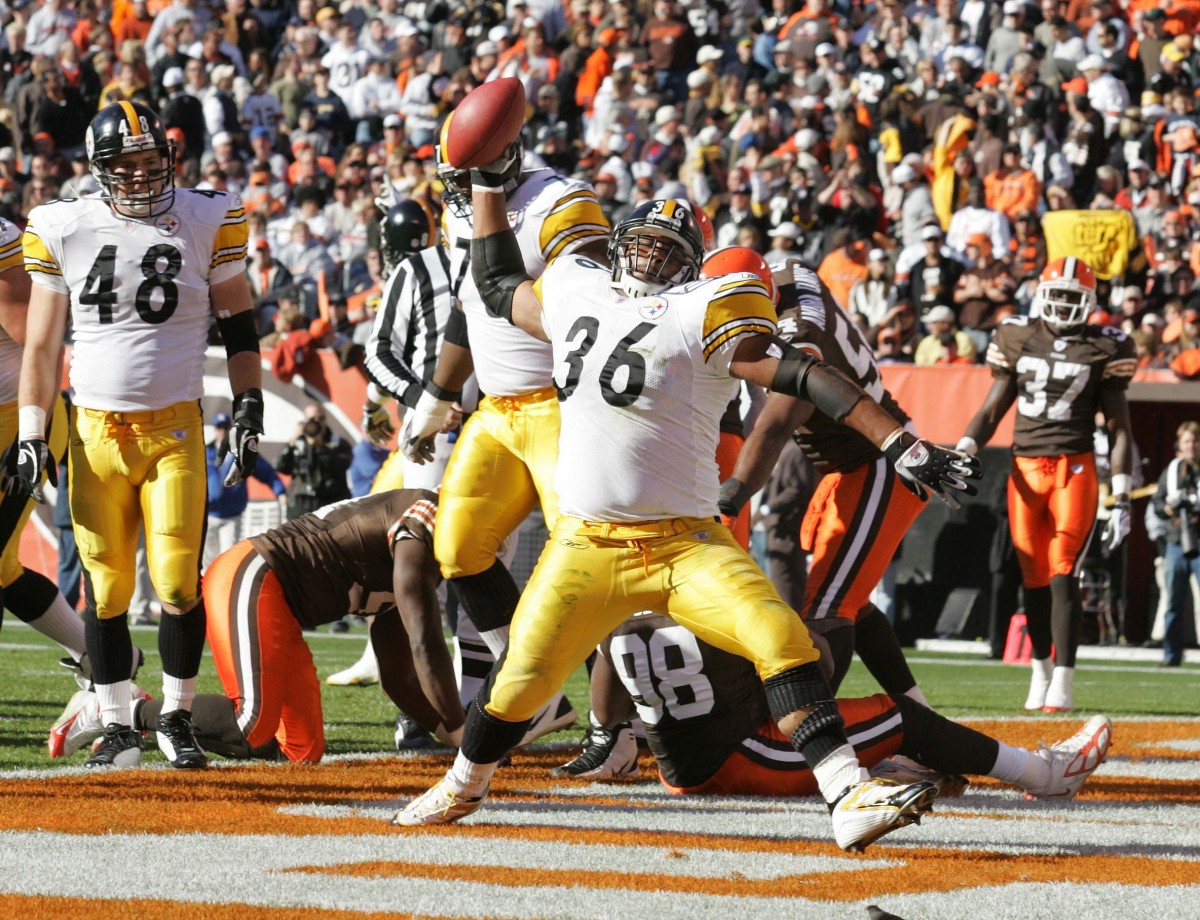 Who knows better about running the ball in Pittsburgh than Steelers former running back Jerome “The Bus” Bettis?

Bettis, a Hall-of-Famer who plowed through defenders for 10 seasons in Pittsburgh, is “sick” about his former team’s inability to score/convert in short-yardage situations and the deficiency with their run game as a whole.

Like all of us, Bettis was baffled by the Steelers being repeatedly stopped on the goal line in the Washington Football Team loss.

The Steelers were stood up five times from the Washington 1-yard line Monday night.

“I was sick. Unbelievable,” Bettis told Ed Bouchette of The Athletic. But he also knows there’s time to fix what’s ailing them.

Though the Steelers had a perfect season until Week 13 without much of a run attack to speak of, Bettis says the playoffs are a whole different ballgame.

“When you get to the playoffs, you play complete football teams, and you will have a harder time beating playoff-caliber teams if you can’t run the football.”

Pittsburgh ran into a team — the Washington Football Team — that exposed their incompetence on the ground. Incompetence they’ve had for a good part of the season but could still pull off wins.

One of the best short-yardage backs in the history of the NFL, Bettis knows the one thing that is lacking in Pittsburgh’s run game.

“The only solution in fixing the running game is the commitment,” he said. “You got to be committed to it because once you commit to it then the offensive linemen, they have a different attitude about it, the running backs look at it differently, just the whole offense changes. You can’t just fix the running game with Xs and Os. It doesn’t happen that way.”

To be committed, you must be consistent, and abandoning the run game entirely will hurt the Steelers chances of winning their next four games and, subsequently, their chance at keeping the top seed.

Bettis says once the offensive linemen know there’s a commitment to toting the rock, their approach will change. He also believes the Steelers have the backs to be efficient.

“Between Conner and Snell, you got two tailbacks who can pound the football, OK?” said Bettis. “They came from running schools in terms of what they did in college, so they can do it. Now the problem is you have to allow them to do it.

It all goes back to the C-word.

“All they need is the commitment to pound the football because in practice everything changes, and when you come out in the game, it changes,” Bettis said. “You can’t ask Ben to throw 51 times every game. As great as he is, if you ask Ben to throw 50 times, Ben will win 8 out of 10 of those games. The problem is, chances are one of those two games he loses is a playoff game that you can’t afford to lose.”

The Steelers control their own destiny. Should they lose one of their three remaining division games, however, it gets dicey. 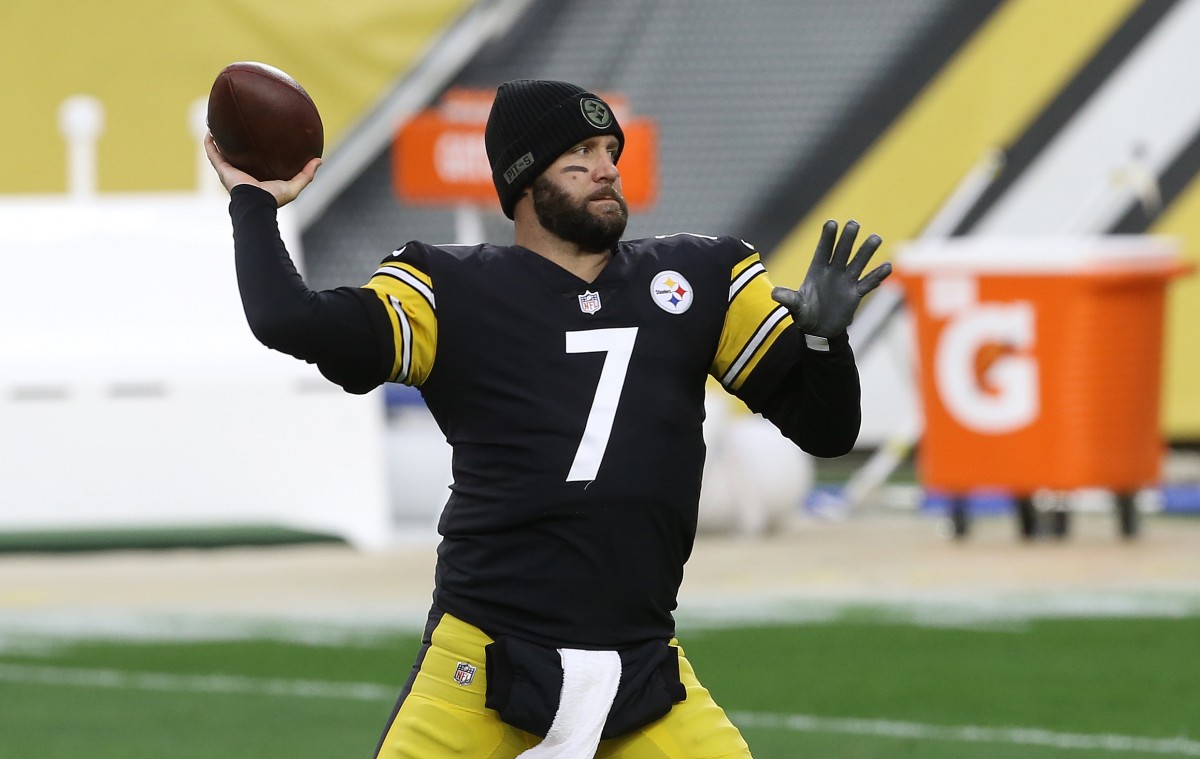 Here are seven things that need to happen for Pittsburgh to hold onto first in the conference.

Pittsburgh has now had their schedule adjusted five times (so far) this season. 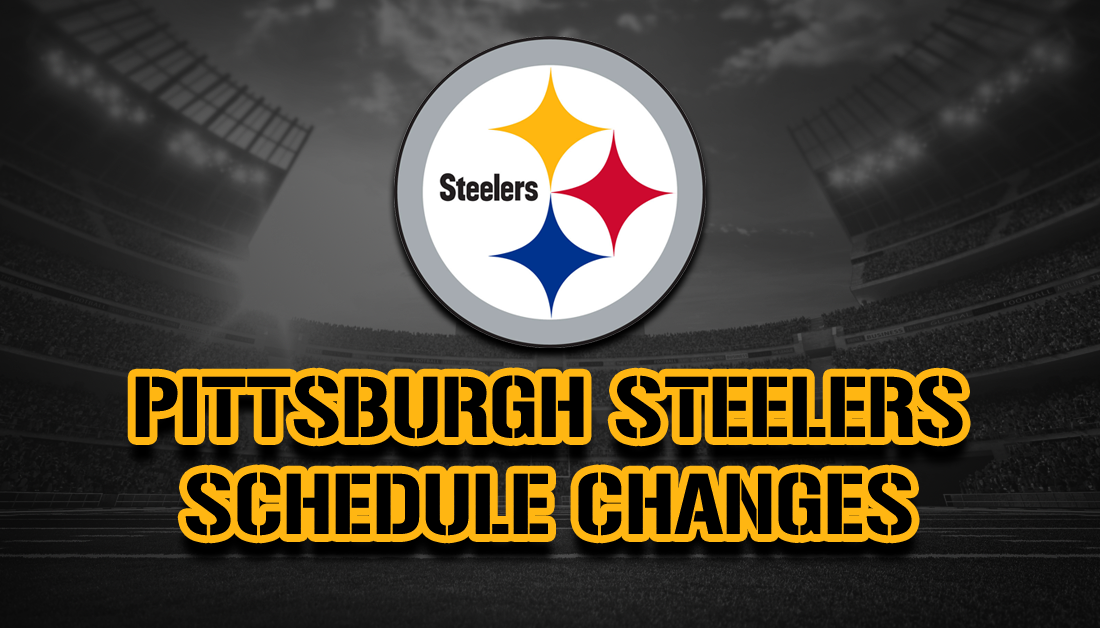 The Baltimore Ravens, unhappy being forced to play on Tuesday without 20 players after violating COVID-19 protocols, voiced that they were going to strike. In turn, the NFL pushed the game back (again), another 24 hours to Wednesday.

For now, the Steelers-Ravens game will be played Wednesday, Dec. 2 at 3:40 p.m. eastern, as to not interfere with NBC’s broadcast of the 88th Rockefeller Center Christmas Tree lighting ceremony.

The move to Wednesday started a domino effect on the Steelers schedule. Initially, Pittsburgh was to play the Washington Football Team Sunday, Dec. 6. That has now been moved to Monday, Dec. 7 at 5 p.m. eastern.

Of the six remaining games, there are four opponents that have a decent shot to take Pittsburgh down. 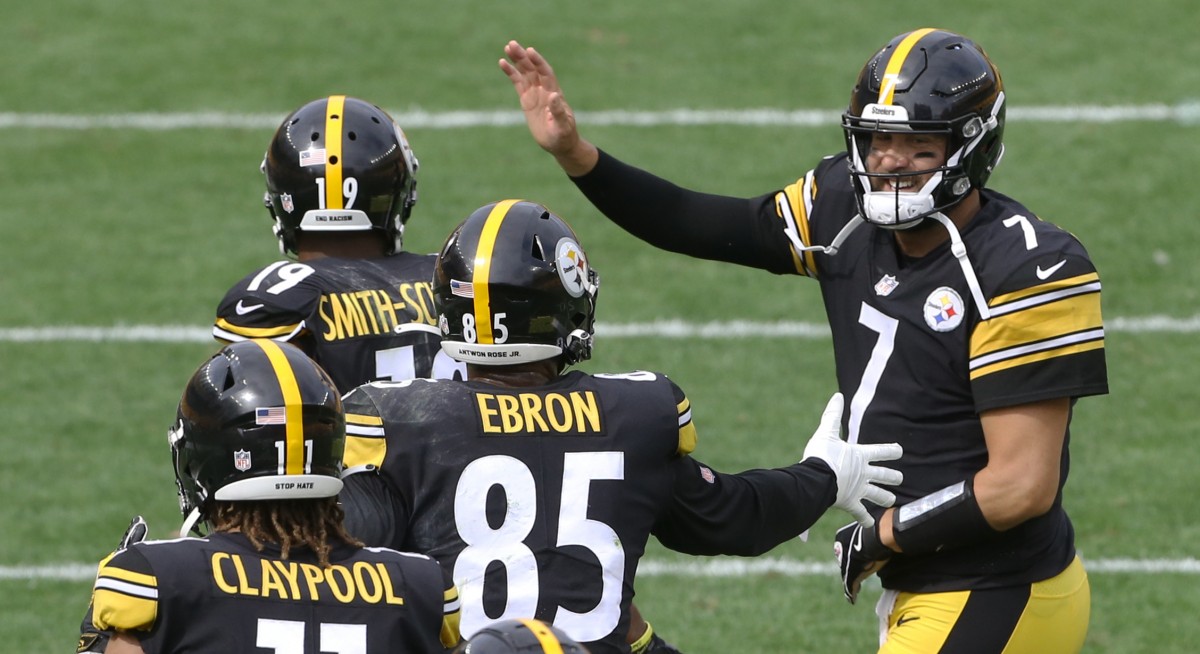 The Pittsburgh Steelers have a ginormous target on their back. As the only unbeaten team in the NFL, opponents are licking their chops to be the first to knock the Steelers off.

Of the six remaining teams, here are the four that will pose the biggest threats.

Big Ben, Minkah Fitzpatrick and other Steelers thoughts on goals for finishing season. 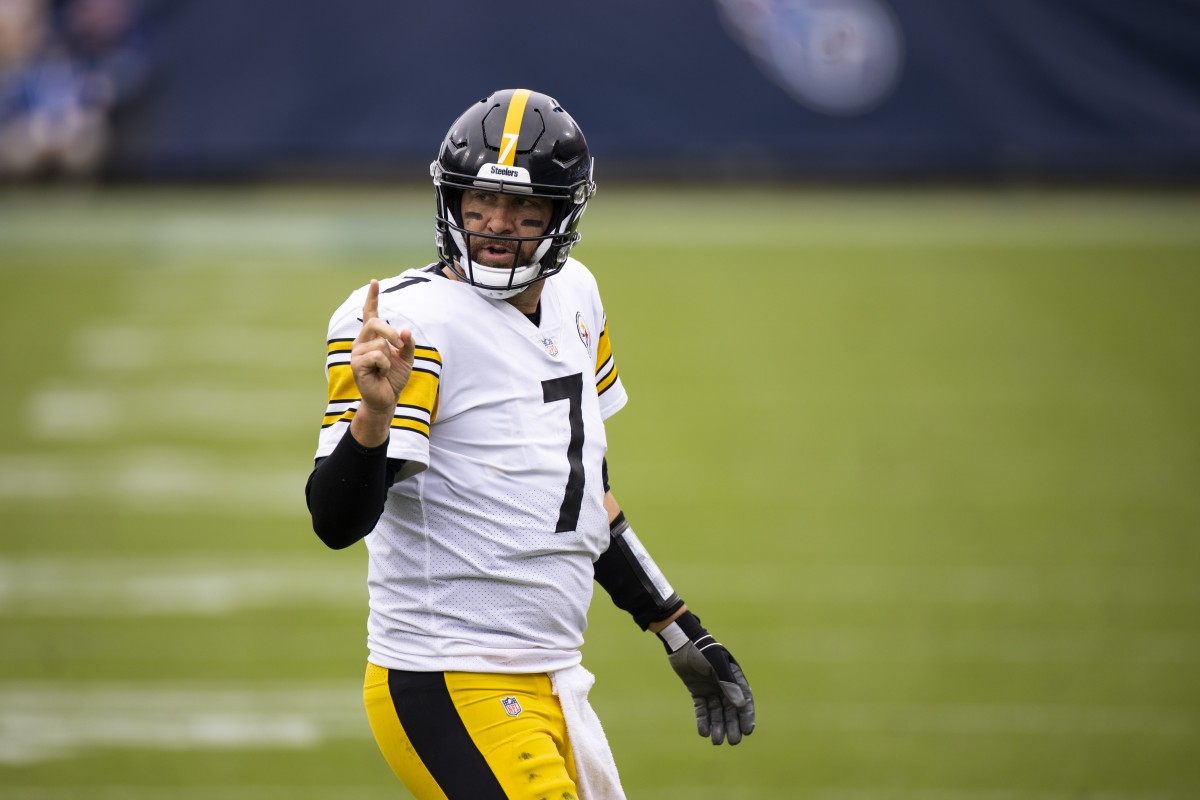 The Steelers want to go 1-0 every week, but they’ve also said their goal is not to go undefeated but to reach and win the Super Bowl.

Here are what some players have said about their perfect season, as they await Tuesday and another opportunity to go 1-0.

The Steelers are 7-0 for only the second time in franchise history. 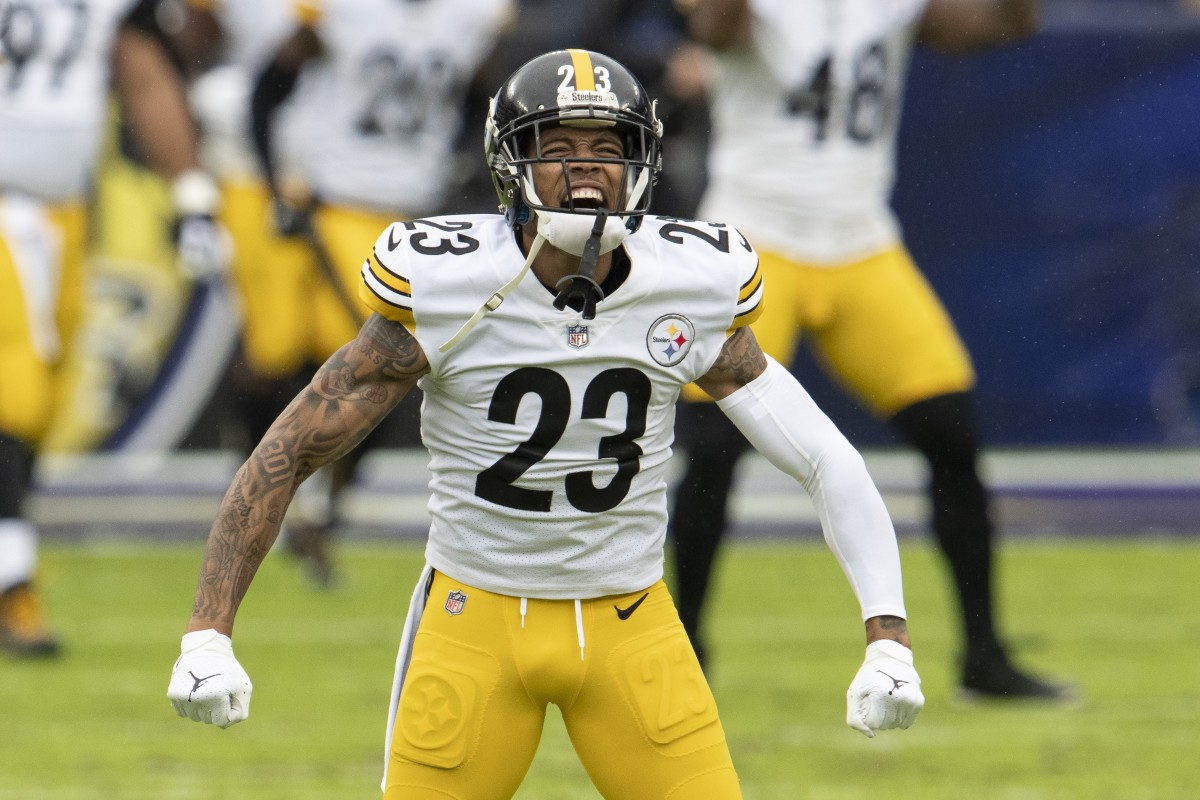 Your Pittsburgh Steelers are unbeaten at 7-0 for the first time since 1978.

In a four-lead-change dogfight, Pittsburgh conquered the rival Baltimore Ravens 28-24.

Whether you were born yet or not, you know how the 1978 season played out from their 7-0 start — a fourth Super Bowl ring, and the last hurrah of the 1970s dynasty created by quarterback Terry Bradshaw, Franco Harris, Lynn Swann, John Stallworth, head coach Chuck Noll and the legendary Steel Curtain.

We’ve heard all about the comparisons of the ’78 team to the 2020 team. It’s a new era with veteran Ben Roethlisberger, a solid wide receiver unit, tough, hard running from James Conner and a stellar defense.

The Steelers are getting it done offensively in 2020. 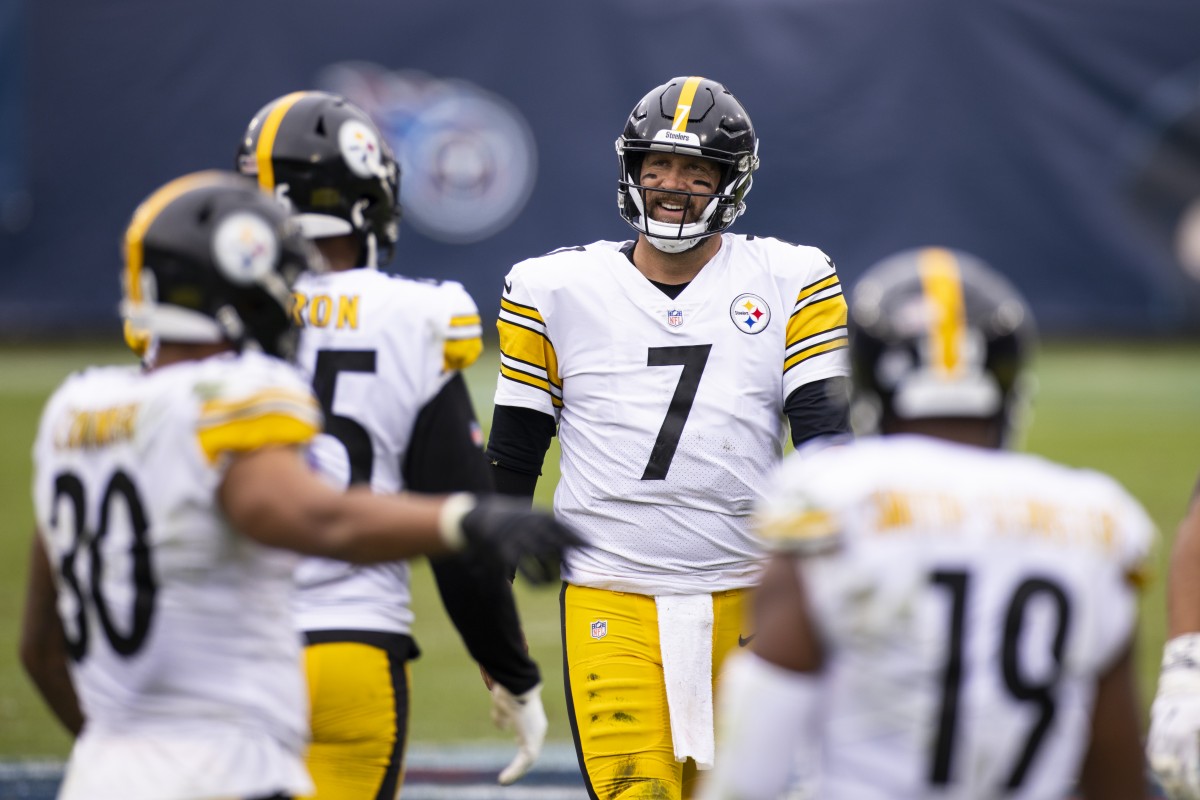 The Steelers have a perfect record, but you won’t find Ben Roethlisberger, JuJu Smith-Schuster or James Conner on any leader boards. They aren’t putting up ridiculous numbers or breaking statistical records. They aren’t the talk of national sports shows or making splash plays.

They are quietly getting it done.

One of the biggest disparities is in fourth-year receiver’s numbers, which have taken a nosedive over the past two seasons. For Smith-Schuster, standing alone as the only undefeated team in the league far outshines yards or receptions per game.

“I’m happy being 5-0,” Smith-Schuster told the Pittsburgh media last week. “People tell me you only got me two points this week in fantasy. I’d rather have two points and be 5-0 than be 1-5 and have 25 fantasy points.”

“You never know when it’s going to be your time. We know every week we have guys who are ready to go.”

2020 has been a season of efficiency and balance for the Pittsburgh Steelers. Instead of one or two big-play guys, Roethlisberger shares the wealth — he has 10 different targets to spread the ball around.

It may be a regression in the stat books, but the 6-0 record surely proves that Pittsburgh does not care about passing, receiving and rushing yards. They care only about knocking off the opponent in front of them.

On Sunday, the Steelers ended a forgettable streak. 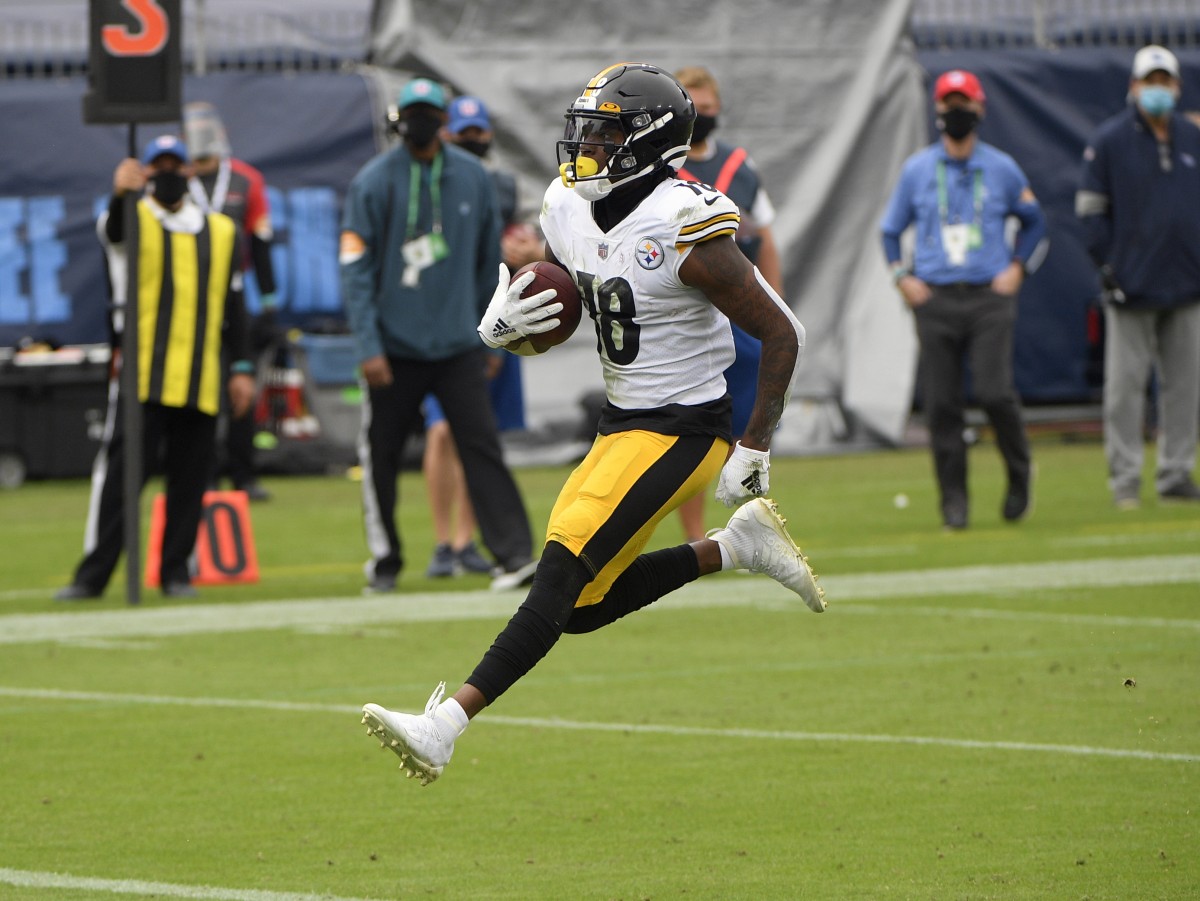 The Steelers were on a streak, and not a good one. Leading up to Sunday’s game, Pittsburgh had a 23-game drought dating back to Dec. 16, 2018 (Week 15 versus New England), where it had not scored a touchdown on its opening drive.

With an 11-yard touchdown pass to Diontae Johnson, the opening drive failures’ streak came to an end.

Including that drive, the Steelers had only registered three drives longer between 2001 and Sunday: 2007 versus Seattle and 2006 at Cleveland.