Florida’s men’s basketball team will be without a pair of players on Tuesday evening in accordance with health and safety protocols. 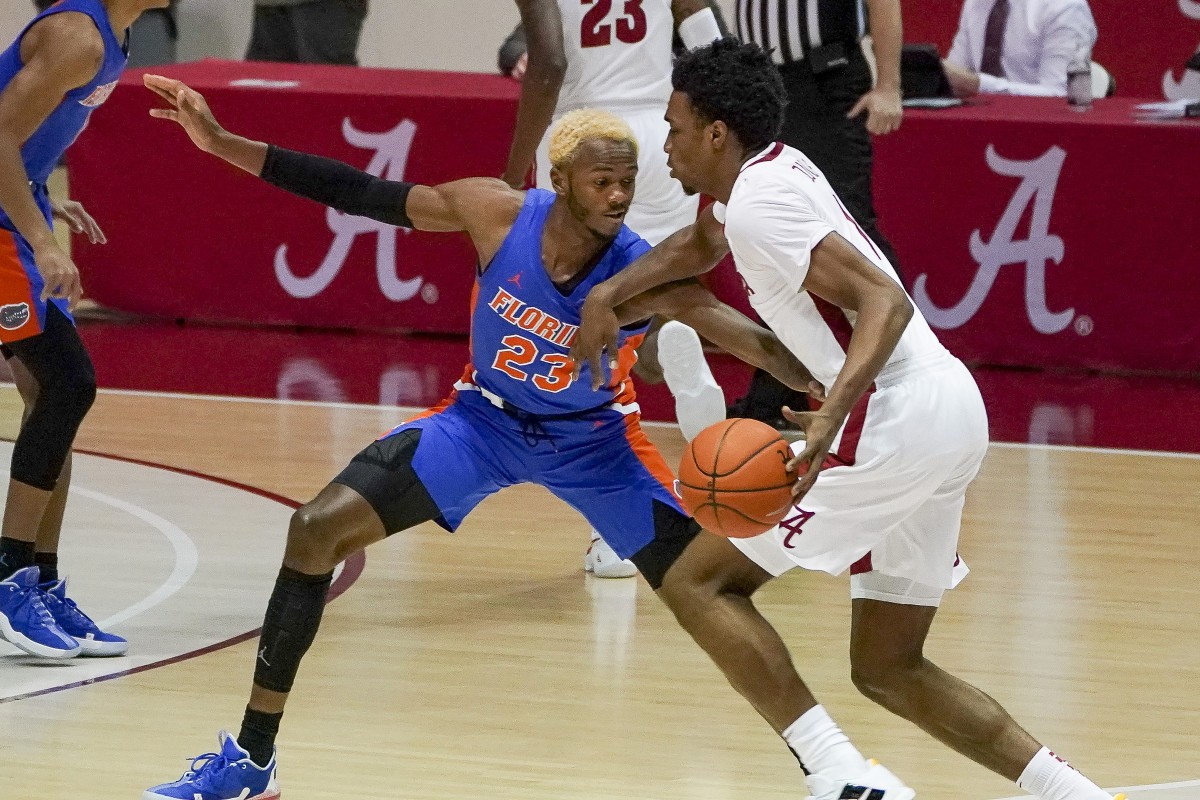 The Florida Gators will be short two players in the Tuesday evening contest against the Ole Miss Rebels. Forward Scottie Lewis, who was slated for the starting lineup, and backup guard Alex Klatsky are the players who will be absent for the game. The news was broken roughly an hour before tipoff in a tweet by Chris Harry, who the senior writer at the Gators’ official website.

Lewis, who has started every game during this season, will be the bigger loss to the team’s on-court production. Averaging just over 30 minutes and 11 points per game, he’s known best for his reputation as an athletic defender. He was a vocal presence on the floor in the midst of a Gators loss to Kentucky on Saturday and will be missed for his drive and athleticism.

Scottie Lewis and Alex Klatsky will not be with the #Gators for tonight’s home game against Ole Miss due to health and safety protocols.

Look for Noah Locke to return to starting lineup. Guards have to rebound down hard. Challenge for perimeter defense, as well.

True, he’s fallen a little short of expectations as a scorer this season and could stand to see a bump in certain areas of his game. However, the Gators are already dipping into their reserves to make up for Keyontae Johnson being out for the foreseeable future and will be forced to paper over Lewis’ absence with suboptimal replacements.

The most likely outcome is that Noah Locke sees a return to the starting lineup and gets plenty of minutes in this game. Locke could help invigorate this team’s offense if used correctly, but he’s often a detriment in situations that call for something more than a catch-and-shoot bucket. There’s also a chance that Samson Ruzhentsev gets minutes in this game after some garbage time success on Saturday.

Klatsky, a combo guard who earned a bench role as a walk-on, made brief cameos in the win over Stetson and the loss to Alabama. The New Jersey native earned a bit of praise and frank criticism rolled together in an unusual comment made by Lewis in a 2019 interview.

He still has a lot to prove. I think his confidence thing is the biggest part of Alex’s game that hinders him. Alex has done the same training as me, he’s been doing it for a longer period of time, so he has the skill-set. His mindset is the only thing that kind of holds Alex back. Dominant ball-handler, he’s a great shooter, confident on the perimeter, and I feel like some of his skill sets he doesn’t show the way he should show. He’s a lot better than people think he is.

Most important, though, is the information we don’t have yet. What contact did these players have that required them to be withheld from the game? What contact did they have with teammates before being removed from a social setting? Were they among the “many” Gators who reportedly tested positive for COVID-19 over the summer?

In an ideal situation, this becomes a non-issue and the pair were scratched from this game in an abundance of caution. We may not get the answers to those questions posed above. However, after experiencing the trauma of watching Johnson collapse on the court floor, the players and coaches will certainly be taking every necessary measure to keep as many people safe as possible.