Former Florida Gators guard Noah Locke is already seeing some significant interest from teams in just a few days in the transfer portal. 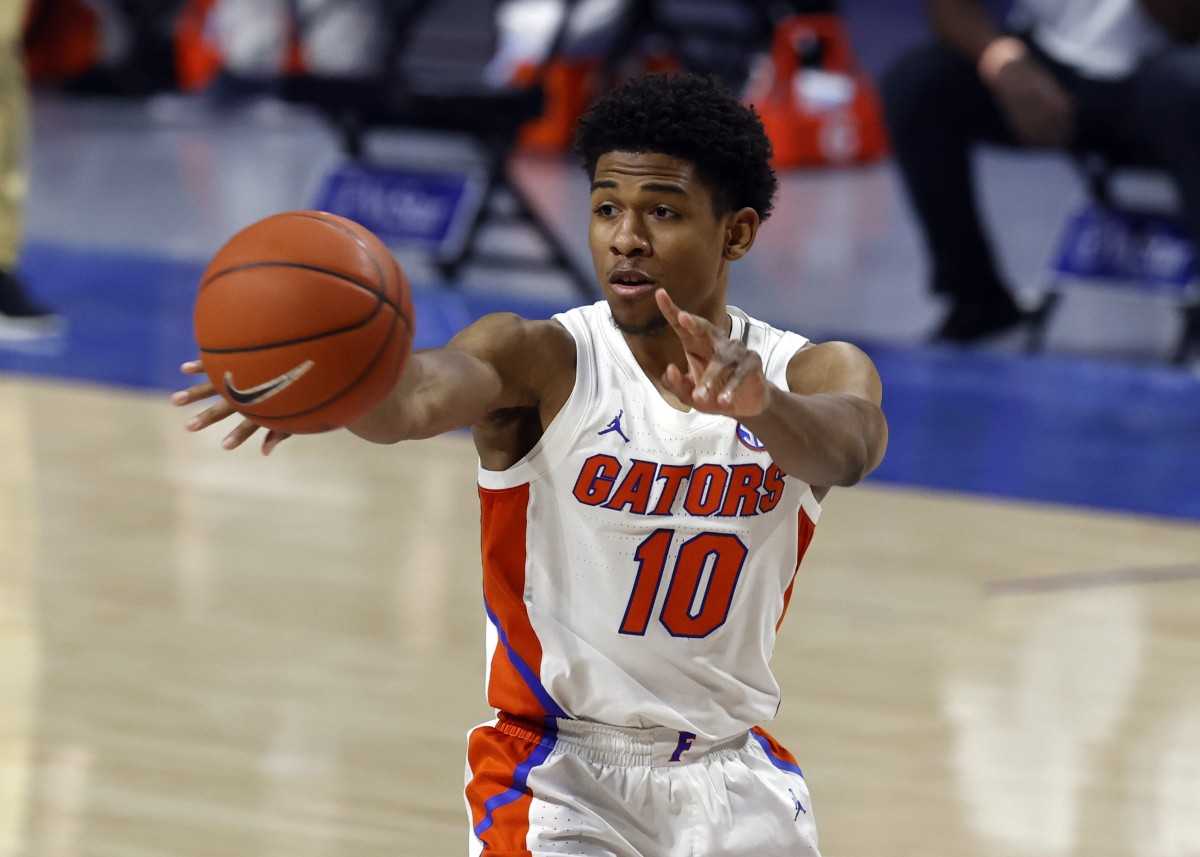 It’s only been a week since the Florida Gators basketball program saw their season come to an end at the hands of 15-seeded Oral Roberts. But since then, the task to get to where they want to go has become more difficult.

First, it was guard Tre Mann that declared for the NBA draft and that was followed up by three more players transferring later in the week. On Sunday, forward Colin Castleton announced he was also testing the waters but could return for another year. To say that Mike White has to do some re-tooling of the roster is an understatement.

While none of the three transfers have committed to another program just yet, one is drawing a lot of interest so far.

Former four-star recruit and junior guard Noah Locke is drawing interest from numerous teams per Adam Zagoria of Zag’s Blog. According to Zagoria, 16 teams have reached out:

Schools that have reached out to Florida junior transfer @_NoahLocke , who averaged 10.6 ppg and 2.4 rpg

That’s a very good list including tournament teams from this year. This list will probably grow in the coming days for Locke as more interest should pour in.

Locke averaged 10.6 points and 2.4 rebounds per game for the Gators last season and his production will now need to be replaced, likely with another transfer.