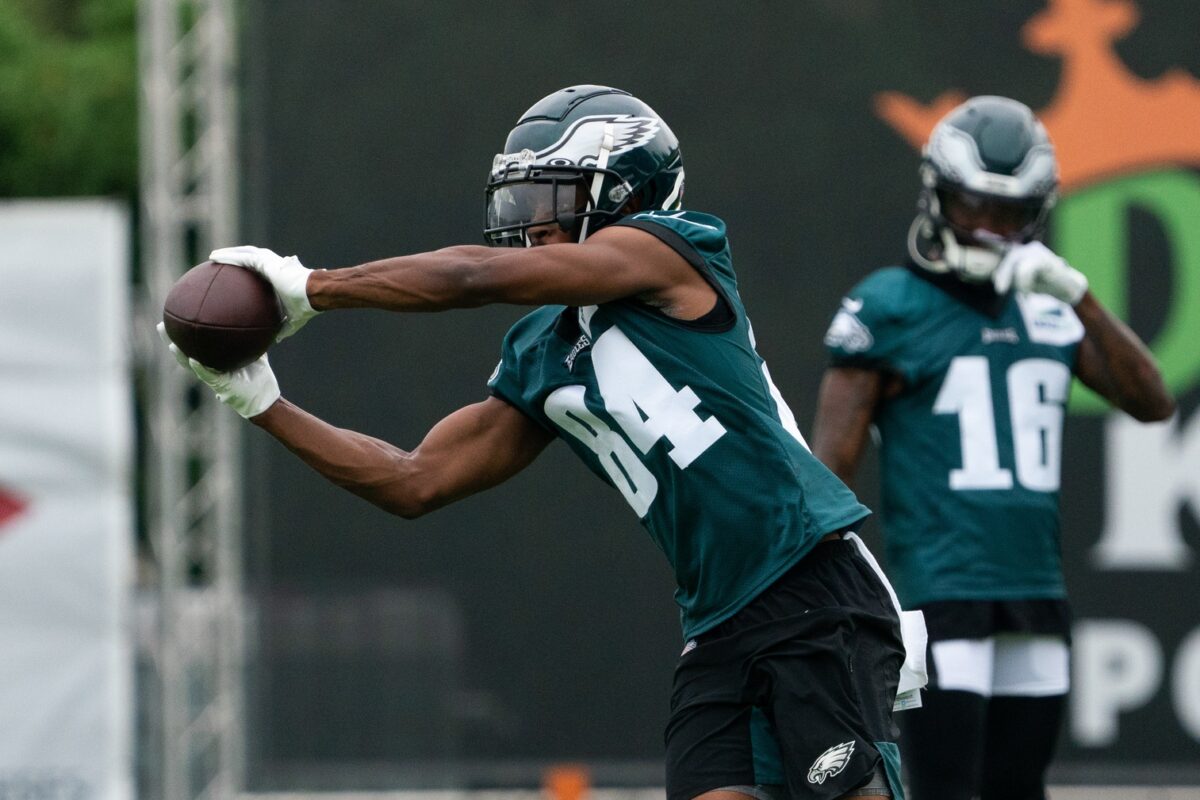 The Greg Ward era is officially over in Philadelphia, as the team released the veteran wide receiver from injured reserve with an injury settlement.

Ward will now work to get healthy and join another roster around the league after being a late roster cut due to missing the bulk of training camp with a toe injury.

A former quarterback at the University of Houston who transitioned to wide receiver in the NFL, Ward signed with the Eagles as an undrafted free agent before their Super Bowl season.

Ward spent most of his first 2.5 seasons on the practice squad before becoming the full-time slot receiver. He posted 53 receptions for 419 receiving yards and six receiving touchdowns in 16 games during Philadelphia’s playoff run.

In 2021, Ward’s production slipped during Nick Sirianni’s first year as head coach, as the receiver logged just seven catches for 95 yards and three touchdowns after DeVonta Smith’s arrival and Quez Watkin’s rise up the depth chart.

With A.J. Brown and Zach Pascal now on the roster, Ward became a roster longshot. 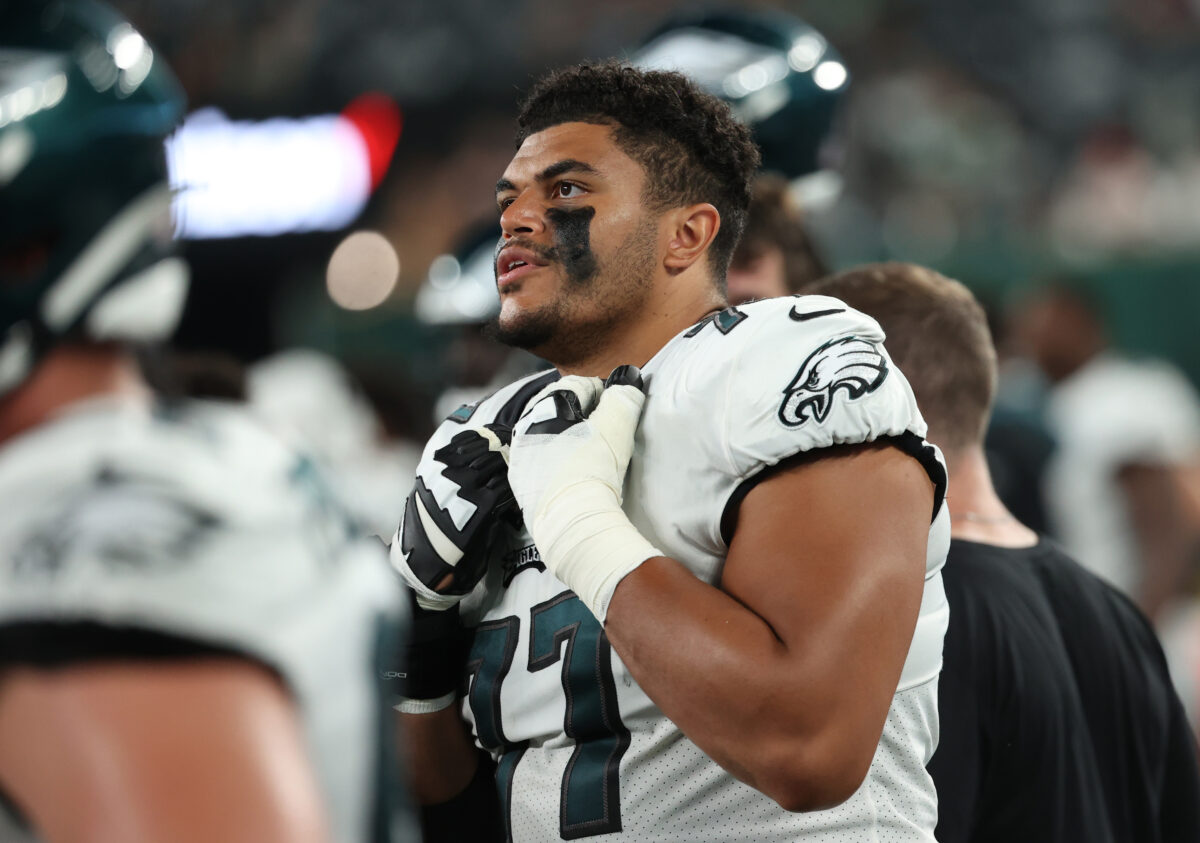 The Eagles will be without backup left tackle Andre Dillard for at least four weeks after the team placed him on injured reserve.

Dillard suffered an injury during practice last week, and he underwent surgery, while Philadelphia has Jack Driscoll as a potential replacement at left tackle.

Le’Raven Clark can also be elevated from the practice squad. 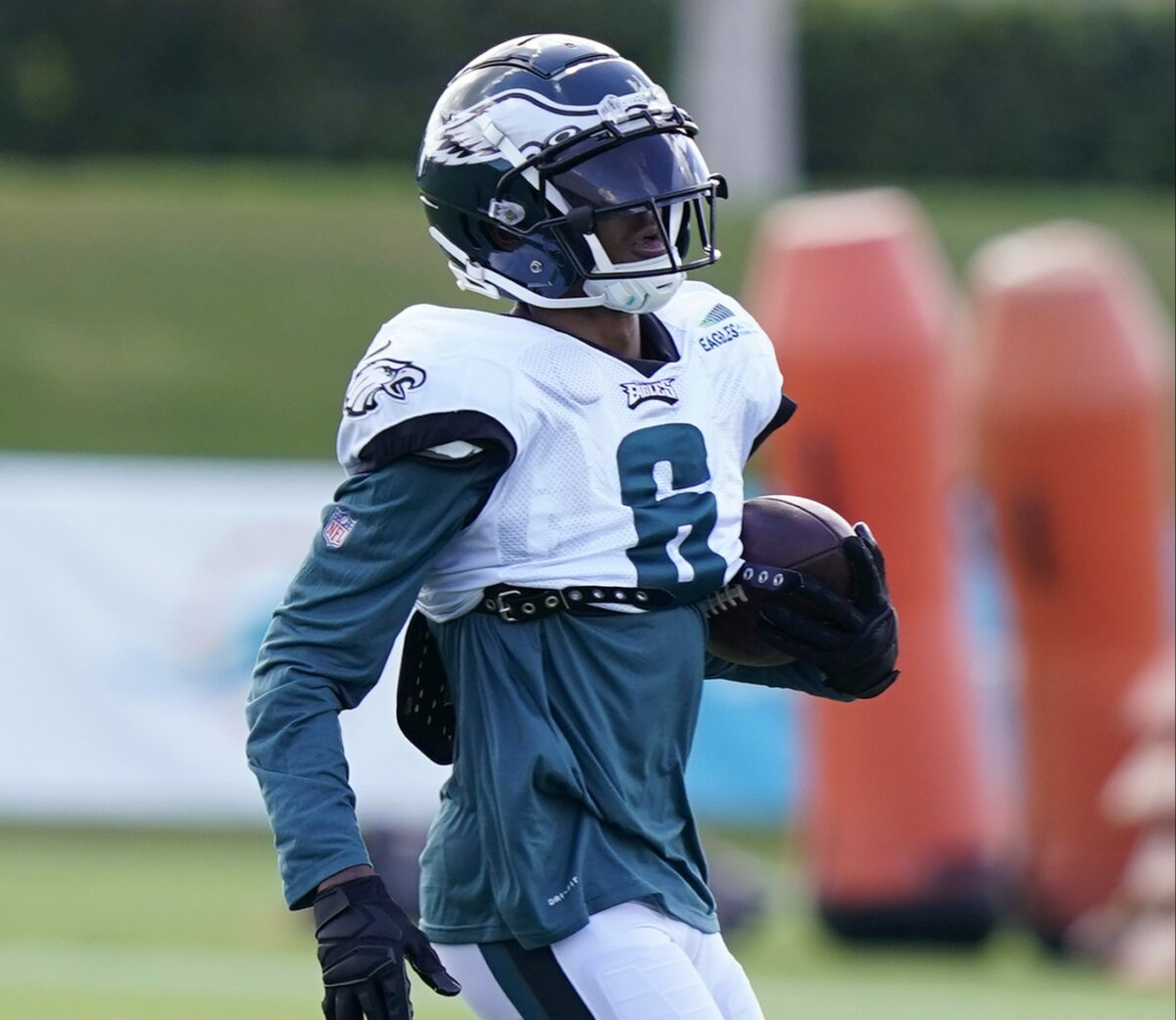 The Philadelphia Eagles didn’t take many steps to retool the league’s top rushing offense, but they added a game changer at wide receiver.

The Birds pulled off a blockbuster draft-night deal, acquiring A.J. Brown from the Titans for draft picks.

With training camp and the preseason in the books, we’re predicting what the Eagles starting lineup, and offensive depth chart will look like in 2022. 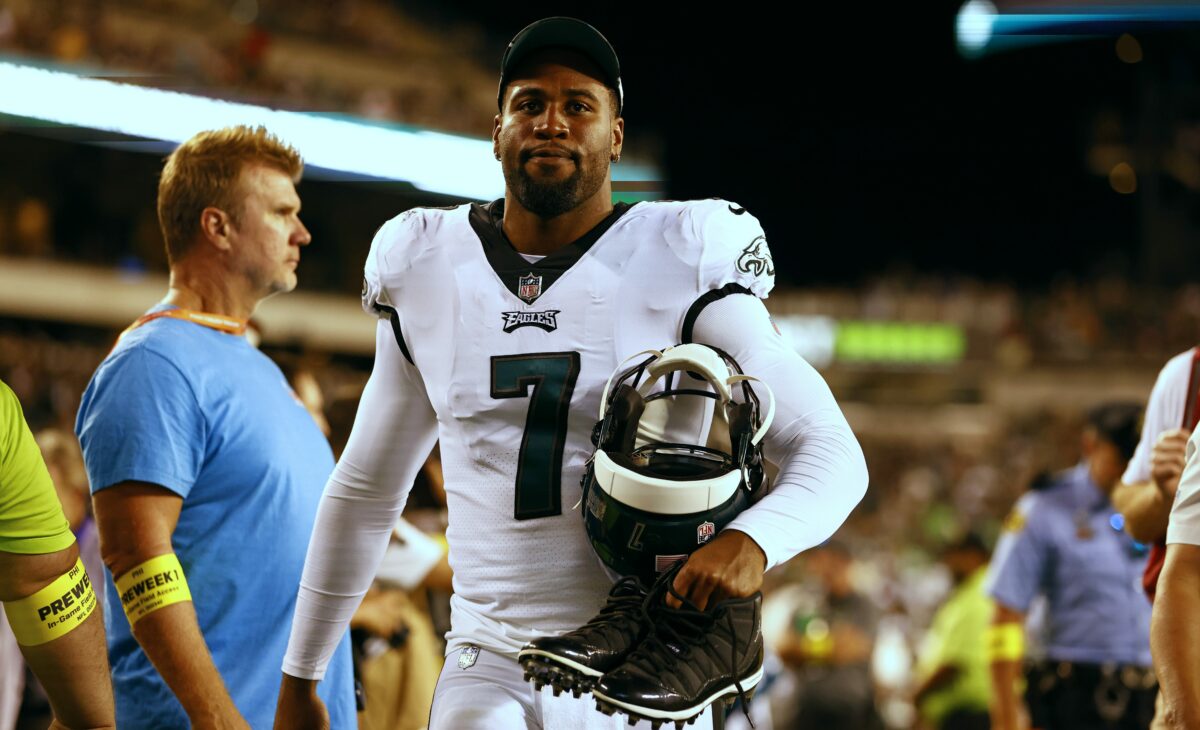 The Philadelphia Eagles have retooled a much maligned defensive unit, and now growing expectations surround a unit with top-5 potential.

The defensive line offers the most intrigue, with Brandon Graham likely sacrificing his role as a starter in Jonathan Gannon’s hybrid defensive scheme.

Haason Reddick will assume the role of a standup pass rusher opposite Josh Reddick.

At the same time, Jordan Davis will allow Fletcher Cox and Javon Hargrave to play their more natural positions.

With training camp and the preseason in the books, we’re predicting what the Eagles starting lineup, and defensive depth chart will look like in 2022. 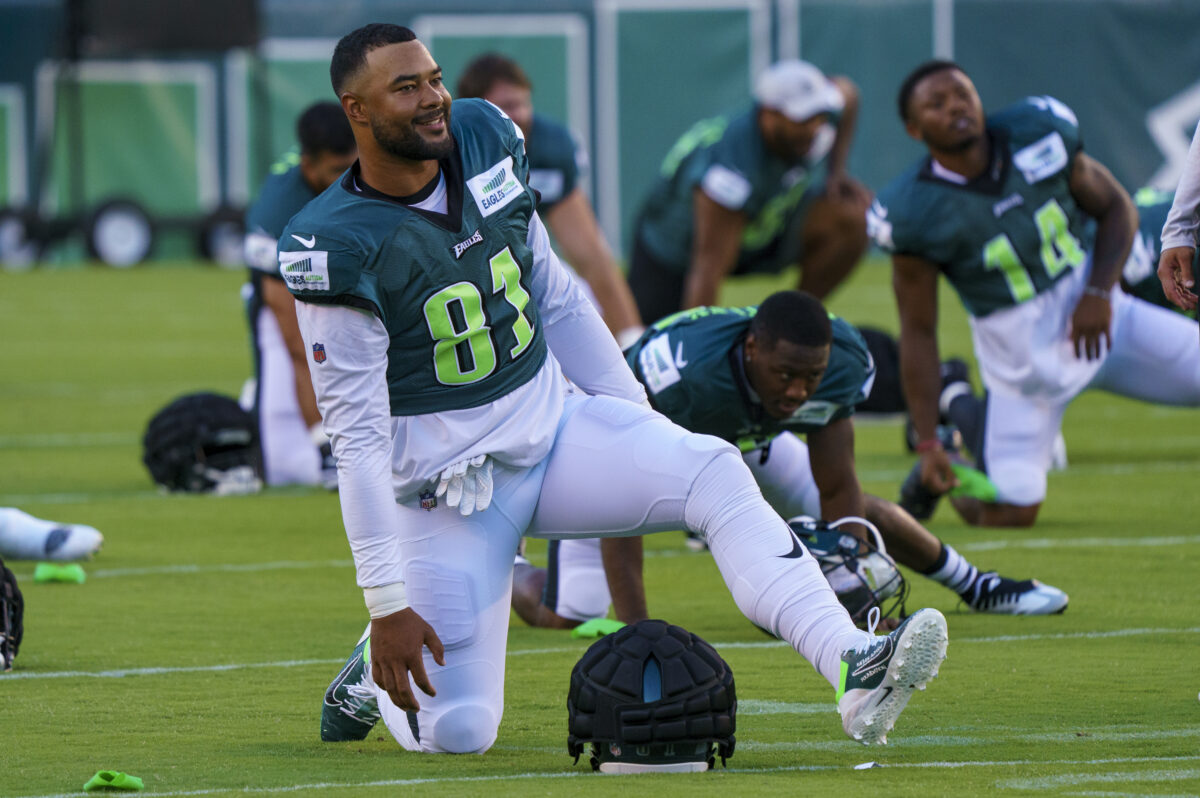 Richard Rodgers has always been a player the Eagles could call on in a pinch, and now the versatile tight end is taking his talents to the West Coast.

Ari Meirov of PFF reports that Rodgers is signing to the Los Angeles Chargers practice squad.

The Eagles signed Rodgers during the 2018 offseason after spending the first four years of his career with Green Bay.

He was drafted in the third round of the 2014 NFL Draft.

Last season, Rodgers recorded two receptions for 11 yards in three games, but he was released during Philadelphia’s 53-man roster cuts.

With the Philadelphia Eagles parting ways with Anthony Harris, the team has signed cornerback Mac McCain to the practice squad 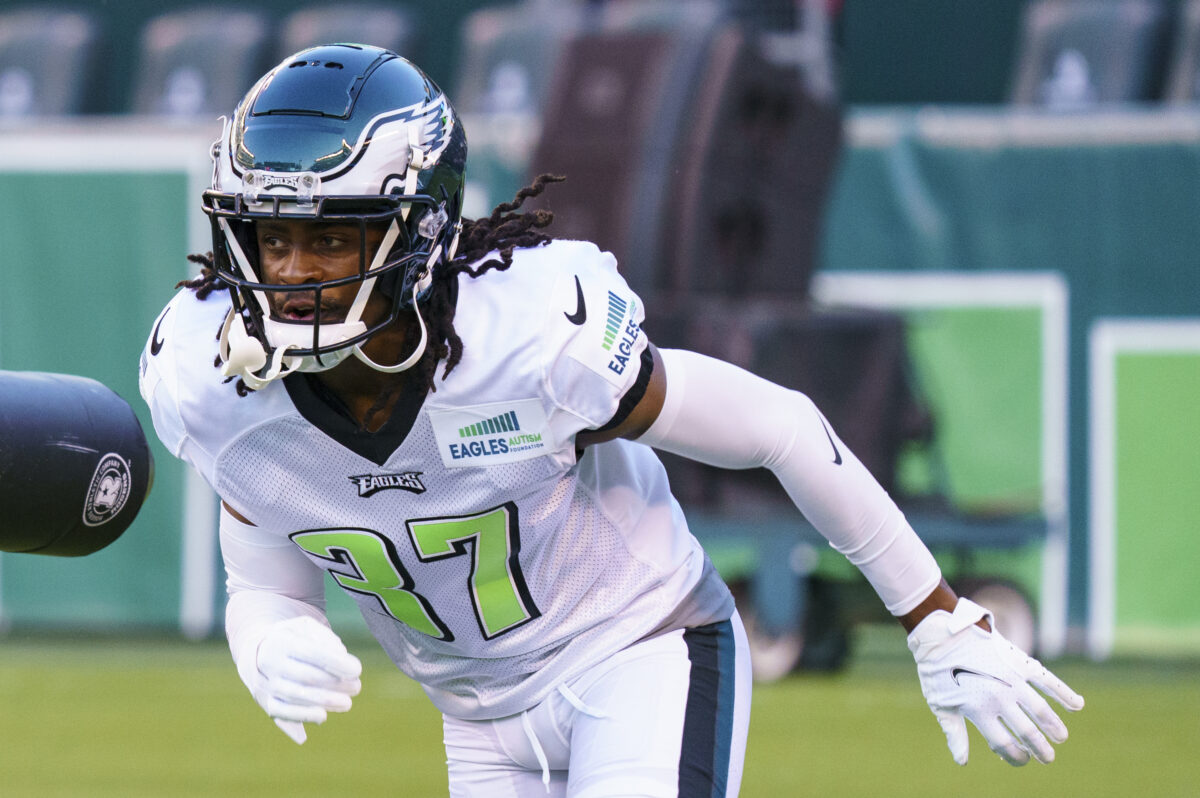 The Eagles parted ways with Anthony Harris on Monday, releasing the veteran safety from the practice squad in a mutual decision.

The Eagles waived McCain during the final roster cutdown, and the second-year cornerback is now one of three defensive backs on the practice squad, along with safety Andre Chachere and cornerback Mario Goodrich. 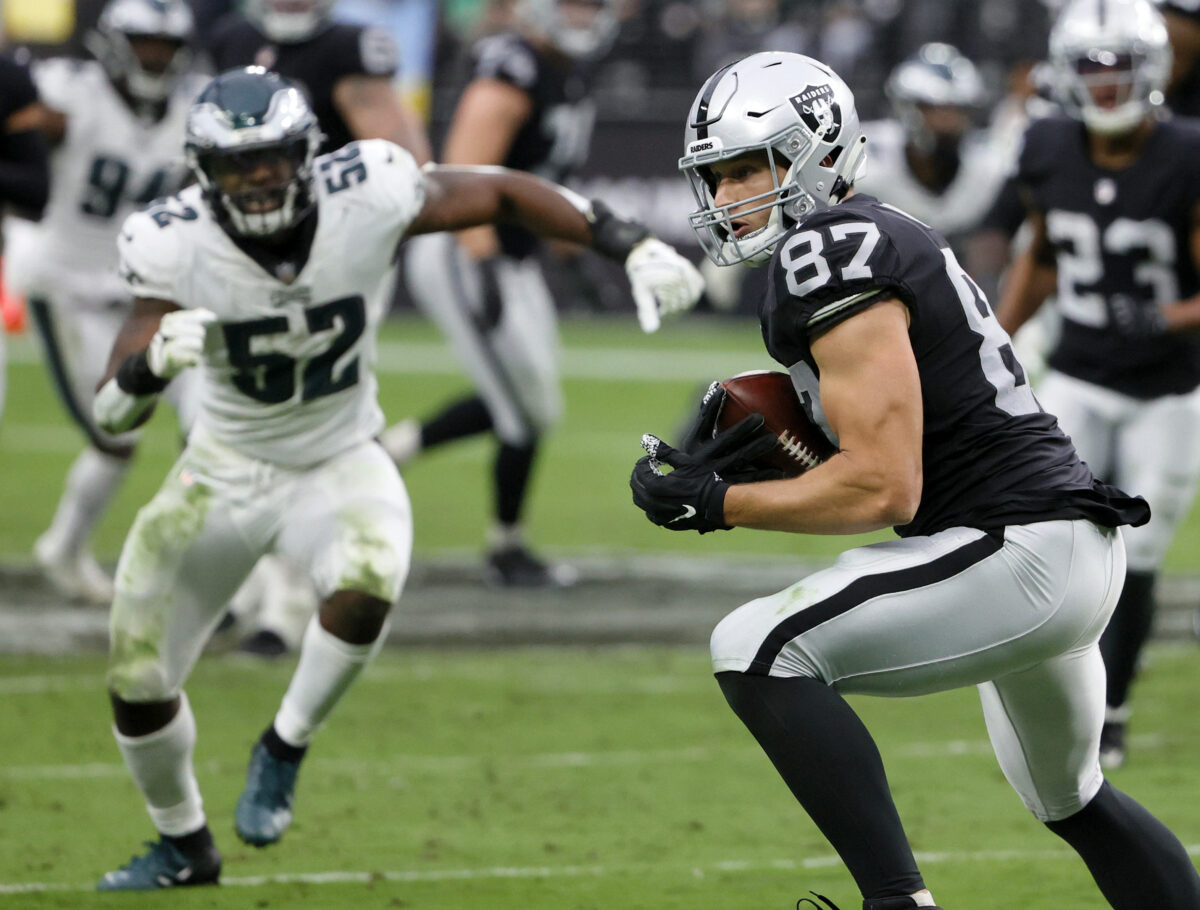 After spending this past Tuesday trimming their roster down to 53 players, the Eagles initially announced a fifteen-man practice squad, plus one player from the International Pathway Program.

With Matt Leo, they had two available spots remaining on the practice squad.

Eagles have signed 14 players and an International Pathway Program player to the practice squad. pic.twitter.com/cjn8acYRlc

The team added La’Mical Perine and signed Davion Taylor back via the practice squad. 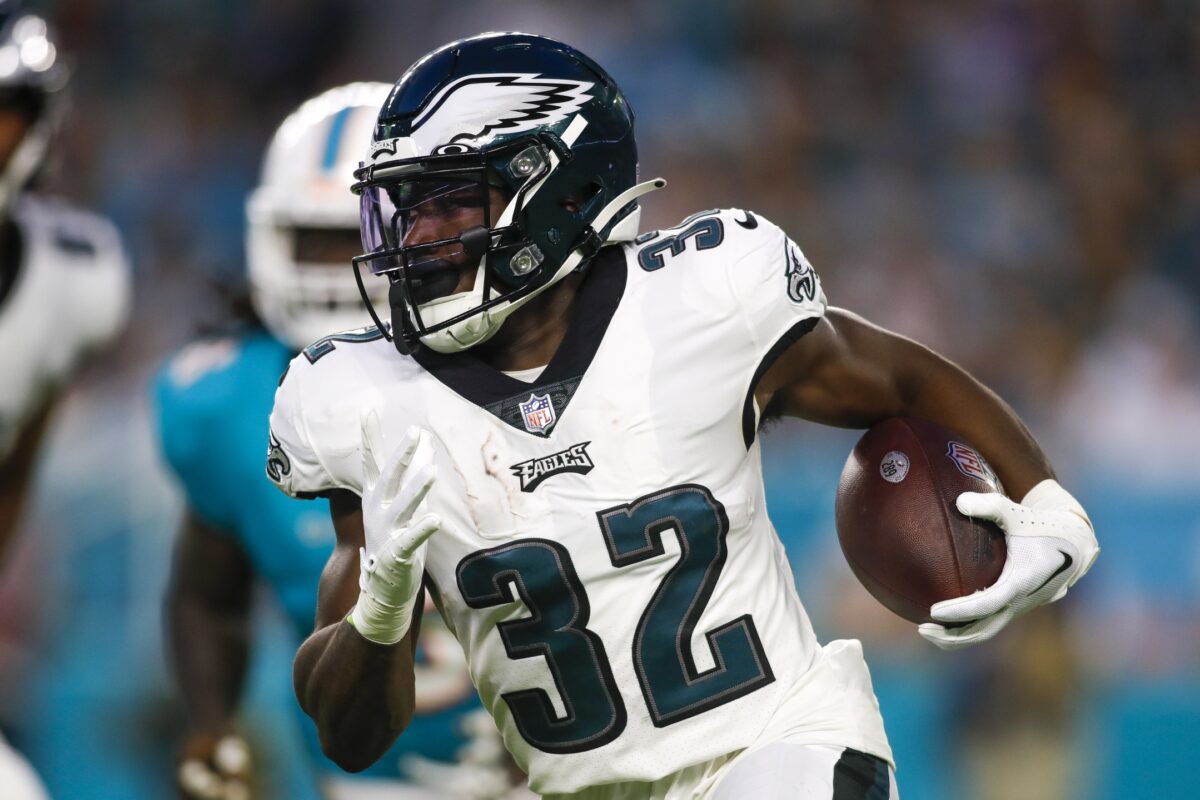 The Eagles will host the Steelers at Lincoln Financial Field in Week 8 of the 2022 season, and two former Birds could make a return.

Pittsburgh just announced that defensive tackle Renell Wren and running back Jason Huntley have both been signed to the Steelers practice squad ahead of the season opener.

Huntley has 18 career carries for 70 yards and one reception for no yards.

In 2021 he had 13 carries for 51 yards and was initially drafted by the Detroit Lions in the fifth round of the 2020 NFL Draft out of New Mexico State.

Wren signed with the Eagles this offseason after spending most of the 2021 season on the Cincinnati Bengals practice squad and was called up for the season finale against the Cleveland Browns. The Bengals drafted Wren in the fourth round of the 2019 NFL Draft.

The Steelers now have 13 players on their practice squad, with three spots remaining.

Three undrafted rookies (Josh Jobe, Reed Blankenship, Josh Sills) made the team, but a few moves have been made since.

Then afterward, Philadelphia claimed quarterback Ian Book off waivers from the Saints, and the former Notre Dame quarterback will be the third signal-caller on the roster.

The Eagles then made a blockbuster move, trading Jalen Reagor before finishing the week out by claiming running back Trey Sermon off waivers from the 49ers.

With preparation for the Lions set to begin, here’s an updated 53-man roster. 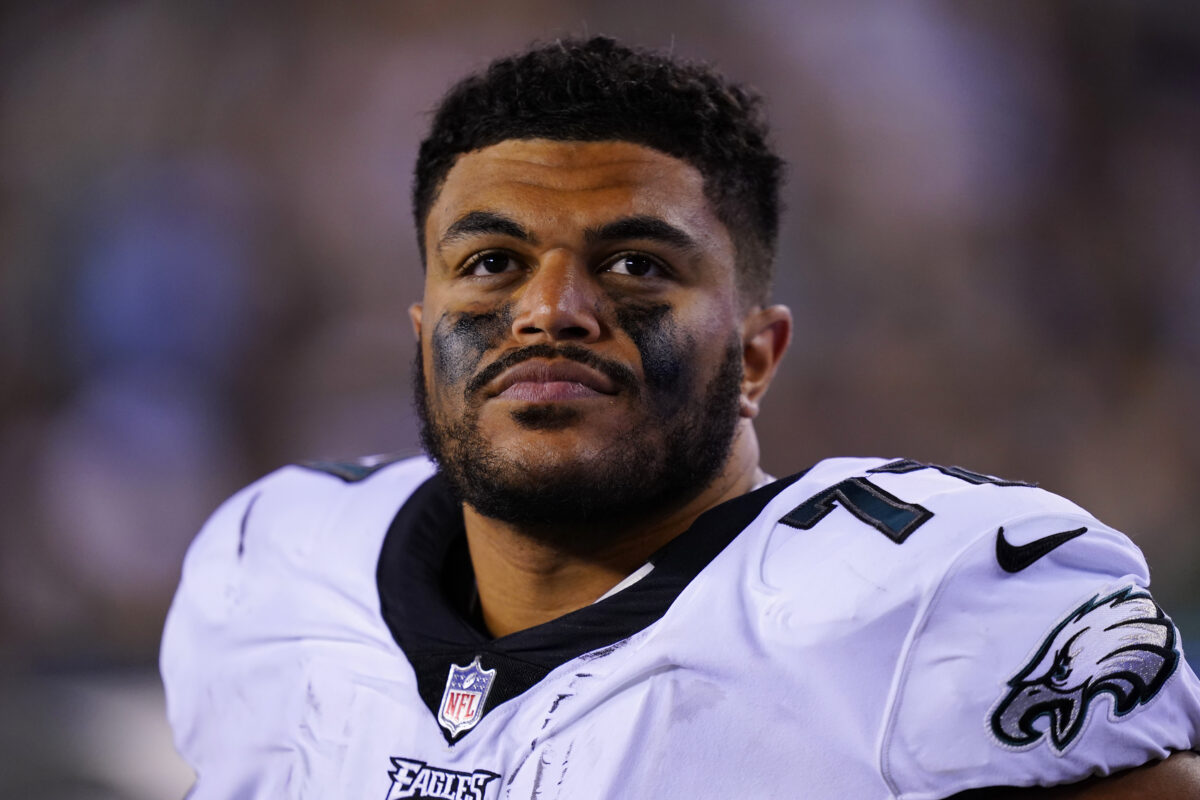 The Eagles held onto Andre Dillard this summer, choosing not to trade their backup left tackle and a former first-round pick.

Dillard is the insurance policy for star left tackle Jordan Mailata, but his availability could be questioned after he suffered a forearm fracture in Thursday’s practice.

#Eagles T Andre Dillard suffered a nondisplaced fracture in his forearm in practice today, sources say. Further testing is needed to determine the best course of action and timeline for a return but the expectation is Dillard will be available for a majority of the season.

According to OrthoInfo, the length of time Dillard will out depends on the severity of the fracture.

Dillard is in the final year of his rookie deal, and his talent as a reserve plays a significant part in the Eagles having the best offensive line and the top depth in the NFL.