Florida looked rusty in it’s first game in 13 days, falling to Arkansas 75-64. Here’s a breakdown of what went wrong for the Gators. 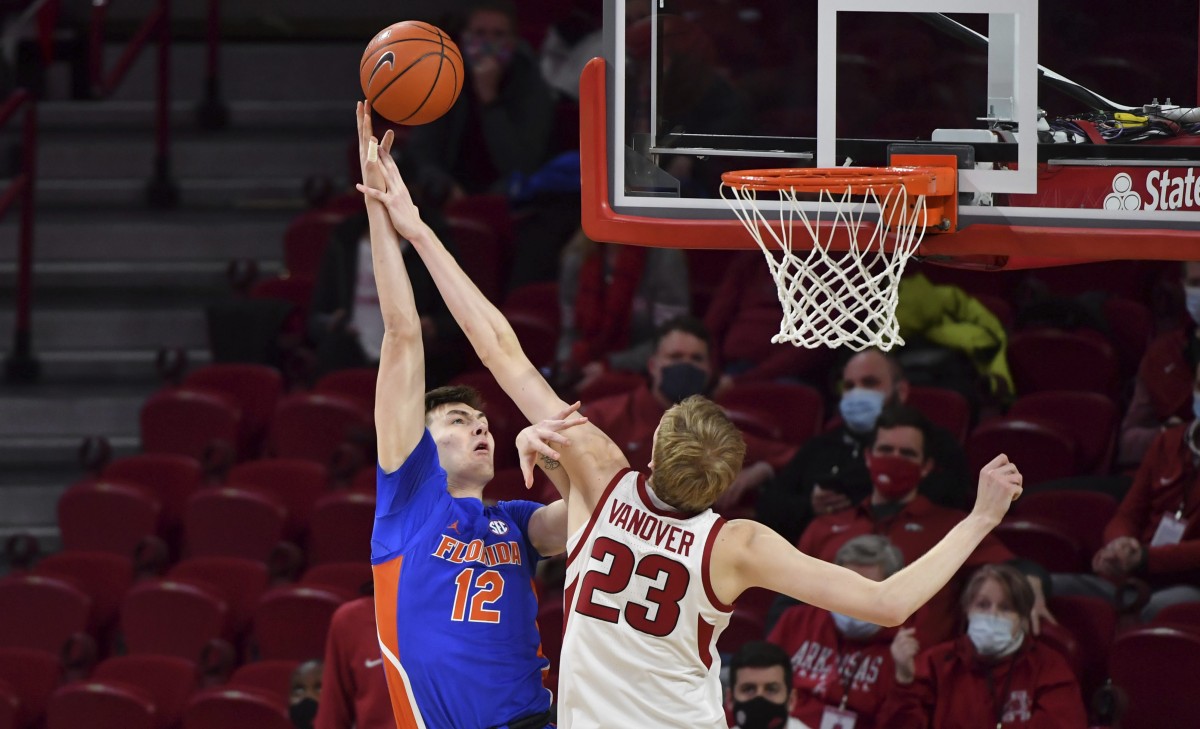 Florida finally got back on the court Tuesday night after nearly two weeks off, but fans may wish it hadn’t. Facing a red-hot Arkansas team that had won its last six SEC games, the Gators suffered another double-digit setback, falling 75-64 at Bud Walton Arena in Fayetteville.

UF (10-6, 6-5 SEC) was pretty clearly overmatched against the 24th-ranked Razorbacks (17-5, 9-4 SEC) from early on in the game. It managed to hang around in the opening minutes, but UA slowly stretched its lead 10 by halftime due to a strong shooting performance.

Florida mounted a comeback in the second half, even taking its only lead of the game with 4:40 to play, but ultimately the Gators made too many mistakes to pull off an improbable win. Now, their record in Quadrant 1 games this season is an even 3-3.

Here are three reasons why UF came up short against Arkansas.