The original superagent breaks down the layers of the NFL’s rookie salary scale and how it impacts teams’ salary caps. 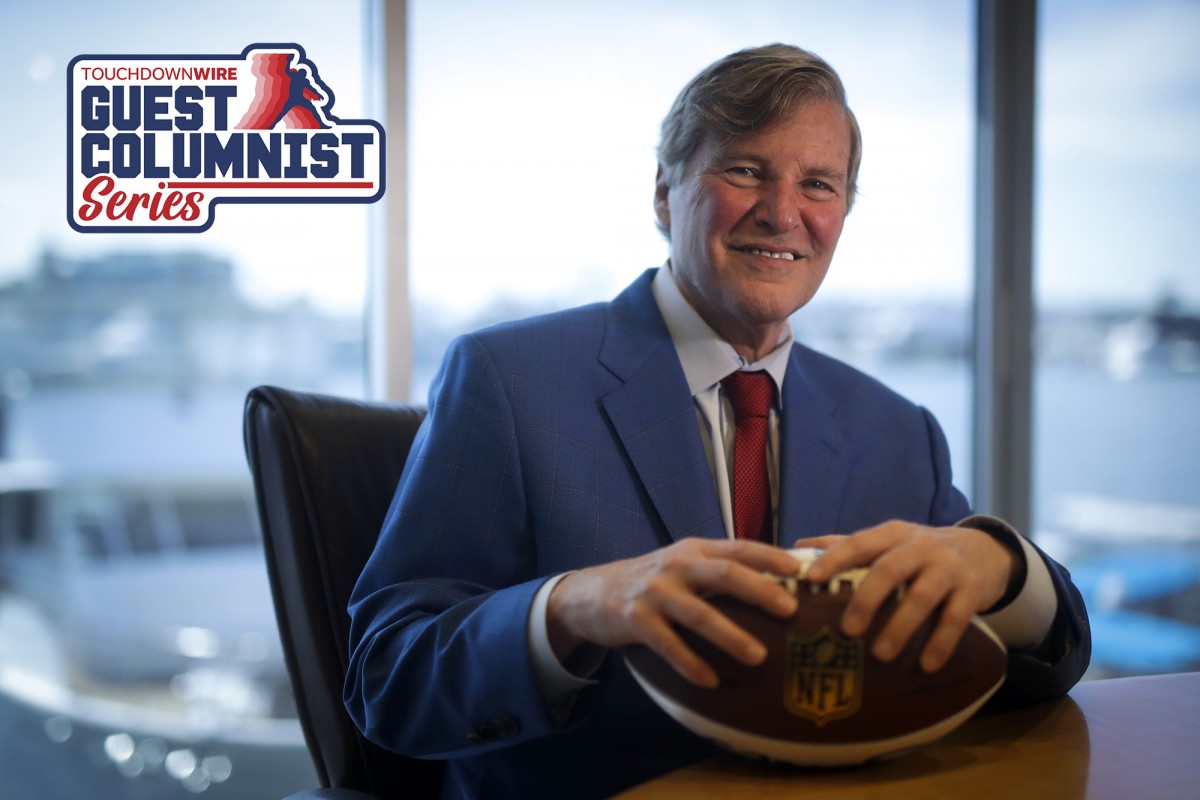 [Editor’s note: Sports agent Leigh Steinberg is writing a series of guest columns for Touchdown Wire examining pro football topics from his perspective of expertise after more than four decades in and around the game.]

The one somewhat normal NFL process amid COVID-19 is the negotiation of contracts for rookies who were drafted in April.

A rookie must have signed a contract in order to show up and participate in training camp. Rookies can attend a minicamp or organized team activities without a contract, but they are not allowed to be part of training camp while still negotiating with their team.

Rookies who are late to training camp are labeled as holdouts, a pejorative term that makes them sound like greedy militants. In reality, they are more like freezeouts who have been prevented from reporting. Prior to the 2011 collective bargaining agreement, large numbers of first-round draft picks were late to training camp. Amid labor unrest in 1987, rookies such as Cornelius Bennett and Rod Woodson didn’t sign until after the strike, reporting in November.

The 2011 CBA tightened the rookie salary cap regulations and virtually eliminated rookie holdouts. The scope of negotiability was narrowed. Here’s how it works. The NFL Players Association and NFL Management Council negotiate a revenue split between owners and players. Gross designated revenue includes television and radio rights fees, gate, and a portion of off-field marketing and sponsorships. The CBA grants owners 53% of the monies, while players get 47%.

Readers who venture forward will be granted an honorary Doctorate of Capology. The goal is to have you understand the cap, which is supposed to create parity between teams, so that one team cannot pay its players more than another and create an advantage.

The NFL salary cap is determined based on the league’s gross revenue. All drafted rookies must fit under the rookie salary cap, which is a smaller figure under the overall cap. What determines a player’s cap number? The signing bonus is spread out, or amortized, over the number of contracted years. Drafted rookies sign four-year contracts. With first-round rookies, teams have the right to extend a player for a fifth year. If the signing bonus is $10 million, that means that $2.5 million is counted against the cap for each of the four years. The minimum rookie salary for the 2020 season is $610,000. All of the salary in a cap year is counted against the cap.

The salary cap figure is a different concept from the cash flow of a contract. In our example, assuming that all of the $10 million bonus is paid in 2020, as well as the salary, the player will receive $10,610,000 during the upcoming season.

Incentives are largely nonexistent in rookie contracts today, because the reward counts immediately against the cap — even if the bonus threshold is never achieved and paid. The total cap number of all drafted rookies must add up to the salary cap number for rookies overall.

Creativity and structural advantages can still come into rookie cap negotiations in a variety of ways. Payment of the signing bonus is one area of negotiability. Teams want to spread payments out over several years to retain use of cash. Owners also prefer to make bonus payments at times when revenue comes to them.

Players would rather have the fastest payout. My business partner, Chris Cabott, has been aggressive in trying to create timely payouts for clients. The tax rate in the state where a player resides may be lower than the one where he plays his home games. California has a maximum state tax rate of 13.3% while states such as Texas, Washington, Florida and Nevada have no state income tax. Bonuses paid in the current year to a resident of a state without income tax do not have state tax taken from them. Bonus money paid in the following years would be taxed if the team plays in a state with income tax.

Money paid as salary is subject to a variety of fines and discipline. The part of a contract which takes part of the salary and pays it as a reporting or roster bonus is not subject to a fine or discipline. Another issue, one that dramatically played out in Chargers defensive end Joey Bosa’s 2016 contract negotiations, is offset language. Some first-round contracts are totally guaranteed for skill and injury over the first four years. If a player with a guaranteed contract is cut in his fourth year, for example, the team is still obligated to pay the salary to him. What teams often propose is language that would deduct money the player receives in the same year from another team from the total the original team is obligated to pay. They assert that such a player is being paid twice for the same service, and the issue has been settled in a variety of ways.

The biggest benefit from a restrictive salary cap to players is that it forces teams to move to their maximum allowable offer much more quickly and largely eliminates players being late to camp. For rookies to be successful, they need every day of learning and practice possible.

Leigh Steinberg pioneered the agent industry on his way to becoming the preeminent agent in the sports world. With an unrivaled history of record-setting contracts, Leigh has secured more than $3 billion for 300-plus pro athlete clients and directed more than $750 million to various charities around the world. He has represented the No. 1 overall pick in the NFL draft an unprecedented eight times. He also has represented 10 Hall of Famers — Warren Moon, Troy Aikman, Steve Young, Derrick Thomas, Bruce Smith, Thurman Thomas, Kevin Greene, Kenny Easley, Howie Long and Edgerrin James — 62 first-round draft picks and over 150 Pro Bowl clients. In Leigh’s current practice, he partners with Chris Cabott to represent Patrick Mahomes, Aaron Jones, Jayon Brown and many other rising stars.