Some aspects of the final round of the Augusta National Women’s Amateur will be different, but the course and players will still shine. 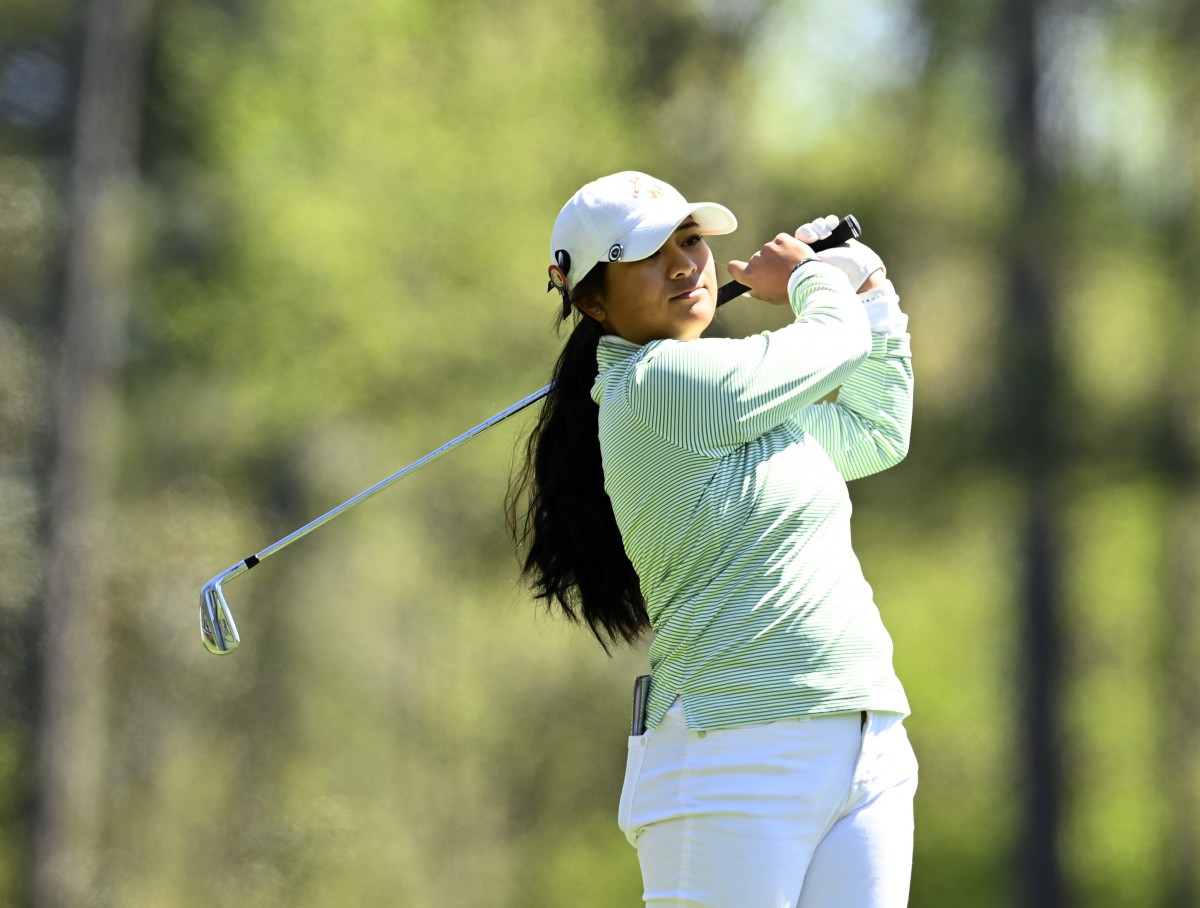 AUGUSTA, Georgia – Two years ago, Allisen Corpuz had never seen a gallery as big as the one that crowded around the first tee for the opening shots of the inaugural Augusta National Women’s Amateur. The details are a little foggy – chalk that up to nerves.

First to the tee in 2019 were a quartet of honorary starters: Nancy Lopez, Annika Sorenstam, Se Ri Pak and Lorena Ochoa. Corpuz was in the second group of competitors to go out.

“That was awesome,” Corpuz said. “Just to hit right after the ceremonial tee shots was awesome.”

Corpuz is farther back on the tee sheet this time – the eighth group off – but the first golf ball in the air on Saturday morning will belong to Hanna Alberto, a fifth-year senior at Sam Houston State who is playing the ANWA for the second time. It will be her first time competing on Saturday.

Alberto made the 36-hole cut on the number and avoided the five-woman playoff. She found out later that evening she’d be first off the tee. Her Sam Houston State coach called excitedly the morning of the practice round.

Alberto thinks she’ll liken the pressure of that shot to playing the Southland Conference Championship and just try to keep breathing. If Friday’s Augusta National practice round is any indication, the start could be fiery. Alberto birdied the first two holes out of the gate on a chilly morning. She chipped in on No. 15 for a third birdie.

Nine of the 30 players with a Saturday tee time at Augusta National also made the cut at this event in 2019, including Erica Shepherd, who finished T-23 last time. Shepherd said she didn’t even notice the lack of grandstands while on the course Friday, but did notice the TV equipment.

“When you’re aiming at a TV tower for your lines,” she said, “you know it’s a pretty big event.”

Shepherd hopes she’ll be able to feel the presence of the patrons – it’s another thing that separates this event.

“Probably my best memory from the ANWA, one of my best ones two years ago was seeing all the patrons come in on the tournament day,” Shepherd said. “So I don’t know how that’s going to look tomorrow or how the course is going to look different but if there’s not as many people here it will definitely look different and probably have a different vibe but it’s still Augusta National.”

For Maja Stark, another returner (she finished 25th in 2019), the lack of grandstands around Augusta National is a bit of a relief. Two years ago, this place felt so wide that she could hit it anywhere.

It’s tough to say whether final-round fireworks will play out as they did in 2019. Course setup and conditions will play a role in that. Many players reported that a headwind at the par-5 13th on Friday made it unwise to go for the green in two shots.

In 2019, Jennifer Kupcho eagled it and gain two shots on Maria Fassi.

Linn Grant missed the cut at the 2019 ANWA, but in her practice round her caddie had her putt to that year’s hole locations. Augusta National presents a lot of nuances to learn in a day, and Grant walked away hoping that strategy on the greens was worthwhile.

“You have to take the information that you really want and focus on it and today we put out tees for the pins from two years ago and tried to focus on them for tomorrow – hopefully they are there tomorrow, otherwise we’re going to be so off,” she said. “That would be terrible.”

To see green speeds any faster on Saturday than they were on Friday would be “exciting but scary,” Grant noted.

Pauline Roussin-Bouchard, a South Carolina sophomore who was a favorite coming into the week, enters the final round five shots back. The greens, she said, are going to play a key role in whatever chase is going to happen on Saturday. It will take hot putting and an ability to hit the right spots on the greens.

“I’m five shots back…and on this course, I would say it’s not nothing but anything can happen,” she said. “I’ll definitely go for it and have no regrets at the end of the day.”