Daniel Carlson kept the Raiders season alive and gave the Bengals the division lead heading into Week 16’s major showdown with the Ravens. 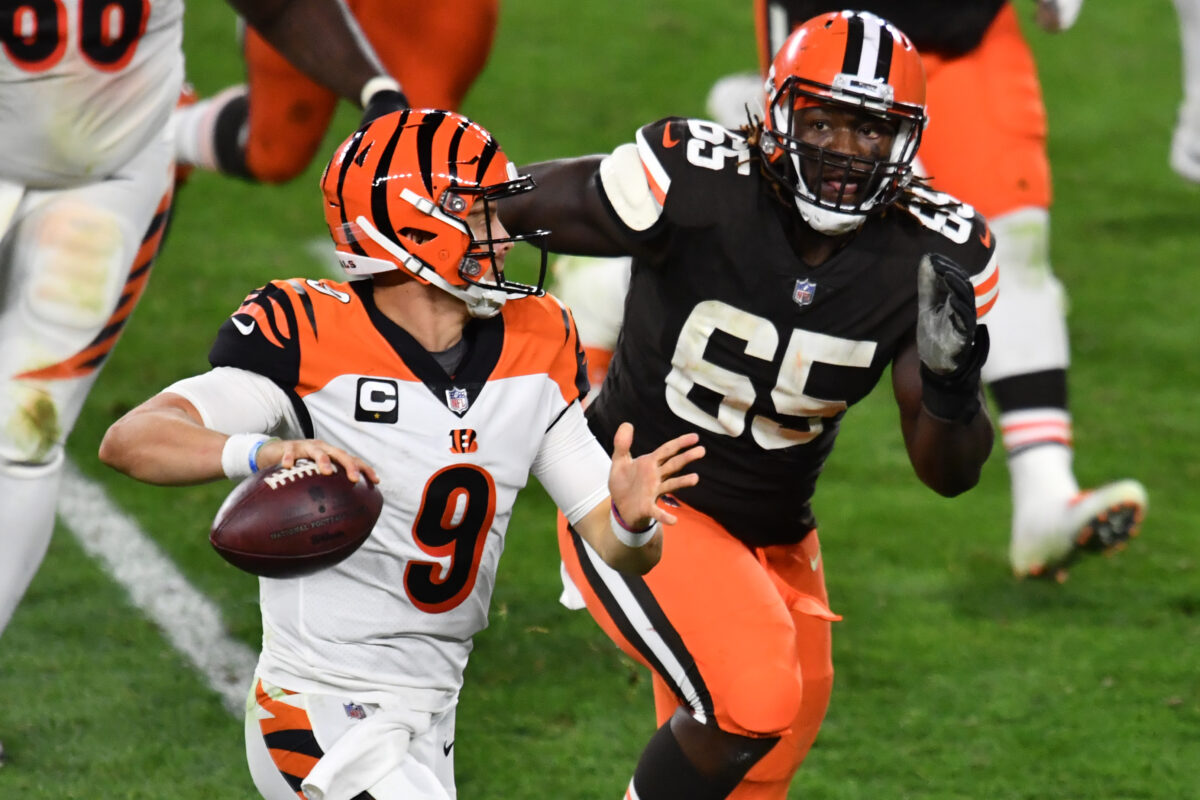 Christmas came a bit early for Cincinnati Bengals fans. At least part of what they hope becomes a full present in a few weeks.

After Daniel Carlson kicked the game-winning 48-yard field goal Monday night (actually going 2/2 thanks to the timeout), the Raiders defeated the Browns, 16-14, putting both teams at 7-7. The result means the Bengals will go into Week 16 with the AFC North lead at 8-6, with their win over the Ravens serving as the tiebreaker. The Browns actually fell to last place with the loss, behind the 7-6-1 Steelers.

All four teams have a gauntlet in the final three weeks of the season.

As for the playoff standings, the Bengals will enter Week 16 not only as the division leader, but as the only AFC North team currently in the playoffs at the moment, when it seemed for a while this division was destined to send three to the playoffs.

So for those following along, that field goal was a huge swing for the Browns. Instead of sitting fourth in the playoffs, they enter Week 16 12th with a trip to Green Bay on Christmas.

As for the Bengals, this sets up their biggest game in years when they host the Ravens on Sunday. With Pittsburgh and Cleveland both on the road against the current No. 1 seeds in their respective conferences (Kansas City and Green Bay), Cincinnati has the chance to take absolute control of the AFC North if they can complete the season sweep of the Ravens.

A win would assure them of being the only nine-win team in the division heading into Week 17. And if things go their way in Week 16, there could be some division-clinching scenarios for them in Week 17 when they host the Chiefs. One week at a time, though. They have to take care of business against Baltimore first. But it still has to feel good that the Bengals will have the division lead on Christmas Day.

The Bengals can enter Week 16 with the AFC North lead depending on what the Browns do. 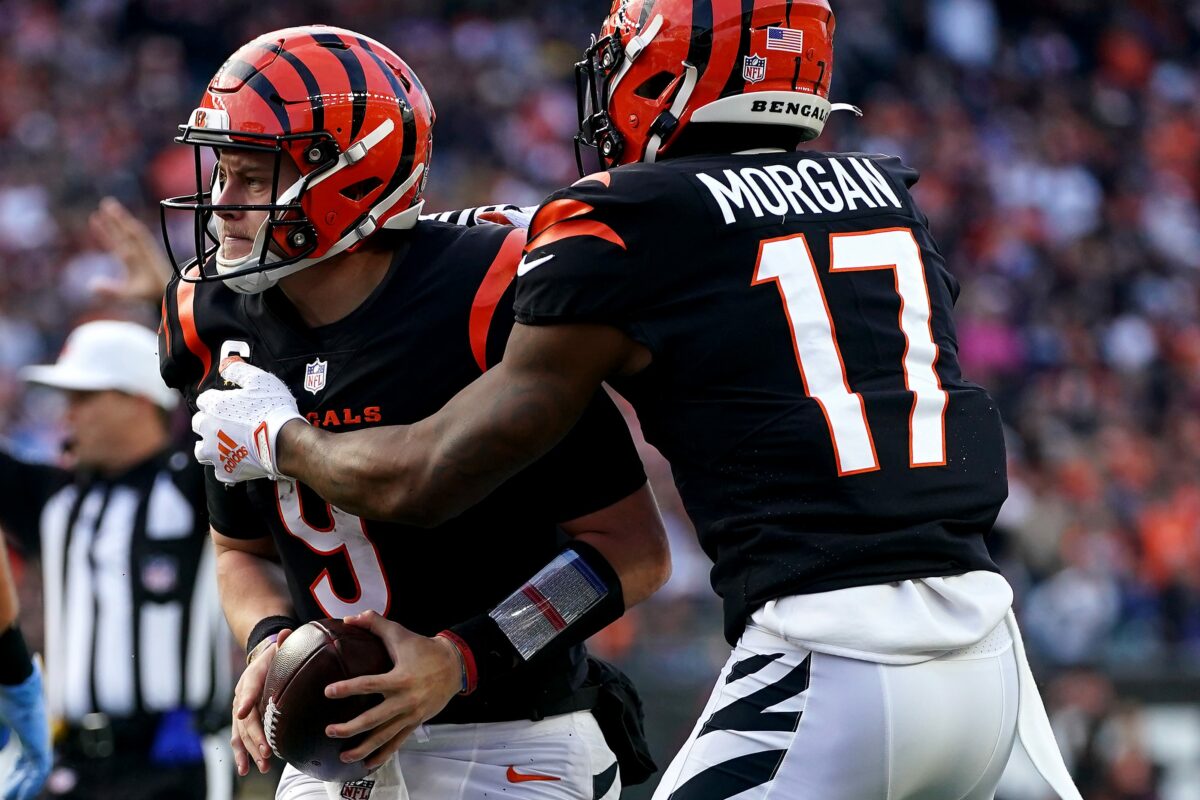 The Cincinnati Bengals ground out a tough win over the Denver Broncos in Week 15 and were finally able to take advantage of the latest stumbles of the Baltimore Ravens.

As a result, the Bengals (8-6) are now temporarily atop the AFC North standings, pending the result of tonight’s Browns-Raiders game. The Bengals pulled even with the Ravens and have the head-to-head tiebreak at the moment over Baltimore with a chance at the season sweep at home Sunday.

The reason the stay could be temporary is that the Browns would take the division lead if they win tonight. The reason is head-to-head against the Bengals and Ravens. Cleveland is 2-1 against Cincinnati and Baltimore, the Bengals are 1-1 and the Ravens are 1-2.

If the Browns lose, the Bengals would enter Week 16 as the division leaders and give themselves an incredible opportunity against the Ravens.

Something that could make Bengals fans happy: the Ravens will be looking up at the seven playoff teams with three weeks left and a schedule that includes the Bengals, Rams and Steelers.

Cincinnati is now one of five 7-6 teams in the AFC and currently looking up at the playoff teams after Sunday’s overtime loss to the 49ers. 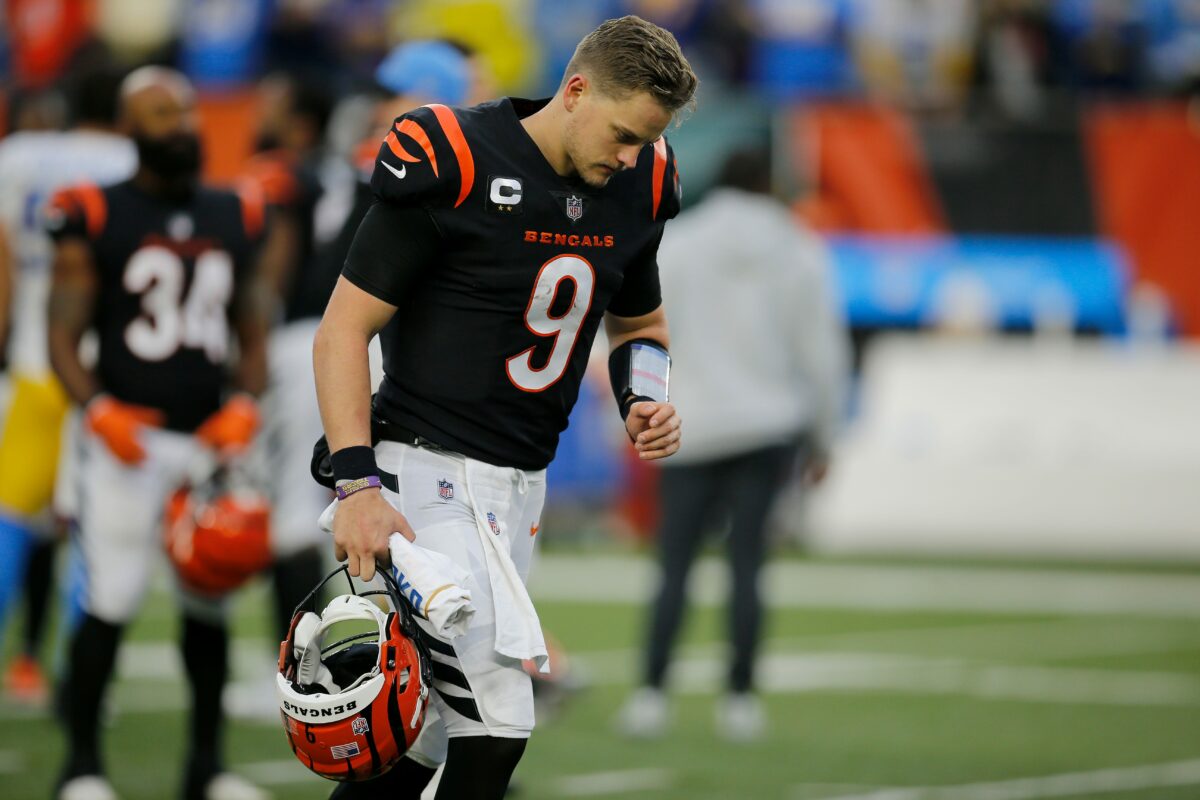 The Cincinnati Bengals have to be kicking themselves. That’s two straight weeks the team failed to take advantage of a loss by the Baltimore Ravens that would have put them in first place in the AFC North.

Instead, after their 26-23 overtime loss to the San San Francisco 49ers, the Bengals are now one of five teams in the AFC sitting at 7-6 and are now on the outside looking in when talking playoffs.

First, a look at the division race, where all four teams are .500 or better heading into Week 15. The recent struggles of the Bengals and Ravens have allowed the Cleveland Browns to get back into the mix, especially after their win over the Ravens on Sunday.

Cincinnati actually fell to third place in the division, behind the Browns, thanks to the Week 9 loss to the Browns. That’s now a big hindrance to the Bengals in such a logjam in the wild card race. However, the Bengals still have games against both Baltimore and Cleveland among their final four games, so they still control their destiny in the division. Also helping Cincinnati is that both Baltimore and Cleveland face the Packers in the next two weeks.

In the wild card race, as mentioned earlier, there are now five teams sitting at 7-6. The two currently in the playoffs are the Indianapolis Colts and the Buffalo Bills. On the outside are the Browns, Bengals and Cincinnati’s Week 15 opponent, the Denver Broncos.

While the Bengals are 5-3 in conference, it’s not doing them much good right now, because of the aforementioned hindrance with being tied with the Browns. Division ties are broken first, so the Bengals get bumped out by the Browns before breaking ties between teams outside of divisions. And Cleveland loses out to both the Colts and Bills on conference record. That helps lead to the Bengals currently ranking ninth in the conference standings.

Week 15 is now a huge game for the Bengals, against a fellow 7-6 team in the Broncos in Denver. Then it’s home for two huge games against the Ravens and Chiefs before wrapping up the regular season in Cleveland.

Baltimore’s remaining schedule is home to Green Bay, at Cincinnati, home to the Rams and home to Pittsburgh.

Cleveland’s remaining schedule is home to Las Vegas, at Green Bay, at Pittsburgh, home to Cincinnati.

Pittsburgh’s remaining schedule is home to Tennessee, at Kansas City, home to Cleveland, at Baltimore.

It’s a brutal stretch for everyone in the division. It’s completely up for grabs. But needless to say, the Bengals have to start winning again and that has to start Sunday. A loss to Denver to fall to 7-7 would be devastating to their playoff hopes. They already lost to the Chargers and a team like Buffalo has a very favorable schedule with home games against the Panthers, Falcons and Jets left on the schedule.

A win would put them at 8-6 and 6-3 in the conference. The hope would be that Cleveland and Baltimore both lose. If all three were to be 8-6 after next week, the Browns would have the division lead thanks to head-to-head between all three teams (2-1 for CLE, 1-1 for CIN, 1-2 for BAL).

But the bottom line is that Cincinnati controls its own destiny. If they win out, they win the division. Plain and simple.