The Gators women’s track and field team matched their male counterparts with a national championship of their own this weekend. 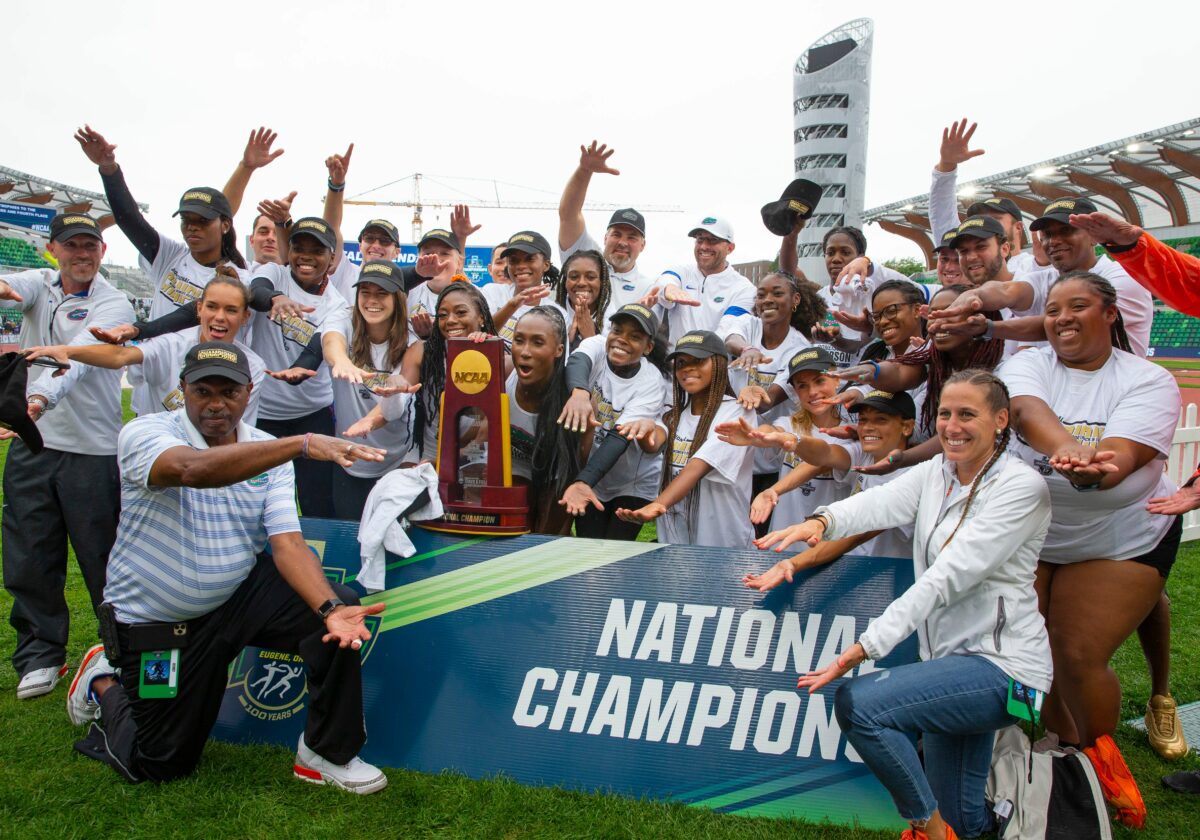 The hardware keeps rolling in as Florida’s women’s track and field team matched its male counterparts by sweeping the NCAA Outdoor National Championships for the program’s first-ever title. It gets even better — the triumph is the second for the squad this season after collecting the indoor trophy in March while also representing the third title this year for head coach [autotag]Mike Holloway[/autotag] and the 12th of his storied career.

Among the notable names who propelled the Orange and Blue into the history books was Jasmine Moore, whose efforts resulted in the first woman in NCAA history to go sweep all four conference and national titles in the horizontal jump events during the same calendar year. Anna Hall also added a title in the heptathlon and Talitha Diggs took home the 400-meter brass.

Below are a few shots from Saturday’s epic championship win for Florida women’s track and field.