According to TheRinger.com, Chris Duarte will be the Golden State Warriors’ second lottery pick at No. 14 overall. 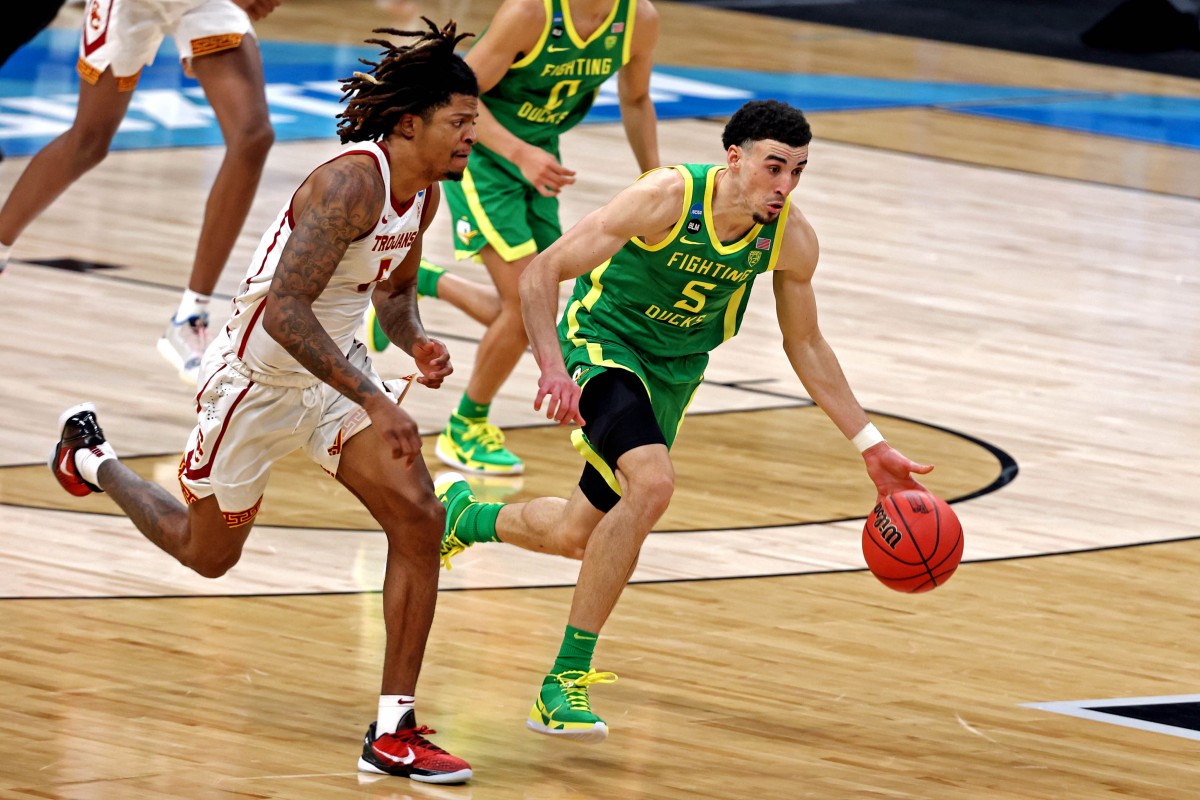 We all knew Chris Duarte was an NBA draft lottery kind of talent here in Eugene, but it took those who do mock drafts a little bit of time to figure that out.

The draft is just a week away and in the latest mock draft, this time by Kevin O’Connor of TheRinger.com, Duarte will be headed to The Bay as the Golden State Warriors’ second lottery pick at No. 14 overall. According to O’Connor, Duarte is just what head coach Steve Kerr needs.

Duarte is a knockdown shooter who could add some much-needed floor spacing to the Warriors. Steph Curry and Klay Thompson can’t do it all. Even as a rookie, Duarte could become the best shooter Steph and Klay have ever played with besides Kevin Durant; his ability to drain 3s is that good. At his age, he could be an immediate rotation player on a rookie contract. What more could the Warriors want if they keep this pick?

This site mentions some of Duarte’s skill set that will be an advantage such as being an elite spot-up shooter, can finish with both hands and his good defensive fundamentals. One disadvantage they say is an interesting one as most people say this is an advantage. The Ringer list Duarte’s age as a minus.

He’ll be 24 when the 2021-22 NBA season gets going. Most say this is a plus since Duarte shouldn’t take long to learn the ropes of the NBA lifestyle and that he can fit into a rotation for most teams right away.

Where ever Duarte is picked, it will be neat for Oregon fans to watch him walk the stage and shake Commissioner Adam Silver’s hand, and put on a hat because he was one of several players invited to the NBA draft green room.

The NBA draft will take place on July 29 at 5:00 p.m. PST from the Barclay Center in Brooklyn, NY. The first round will be broadcast by ESPN and ABC with the second round airing only on ESPN.