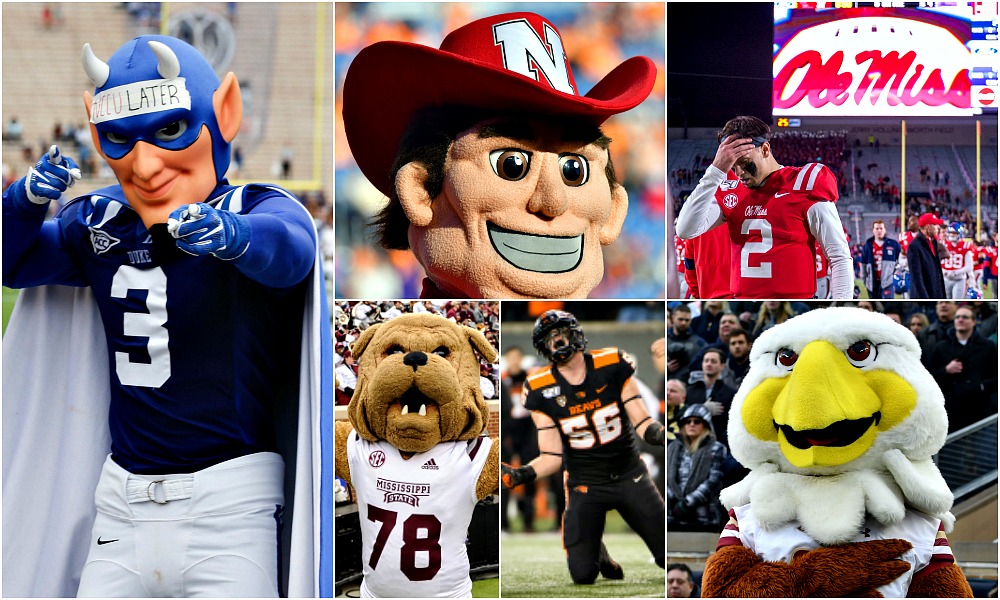 So you think your 4-7 team is out of the bowl picture?

So you think you’re not going to have any swag-bag fun if your 5-6 team loses this weekend?

Just wait … you still have hope.

Welcome to the very quirky, very strange world of the APR rankings as the way college football fills its bowl slots if there aren’t enough eligible teams.

To whiteboard this, a team becomes bowl eligible if it wins six games, as long as there’s only one win over an FCS team. A bowl game has to take a team with six or more wins first, at least according to its conference bowl tie-ins. After that, if there are any open slots and no more available teams, the next-teams up go by the Academic Progress Rates.

The APR is a measurement of the improvements and academic success for the 2017-2018 school year. It has nothing to do with how good a football team is this season, but this is the deal.

Now, here’s why this matters.

There are 78 available slots for the 39 bowl games. At the immediate moment there are 73 bowl eligible teams, so obviously there are currently five openings.

Going into this weekend there are 12 teams with 5-6 records. If more than five of them win, there won’t be enough bowl games for all of the eligible teams. But if there aren’t five winners, then there will be a few openings.

Here’s where those 12 teams stand and what their chances are to get that sixth win – and here’s who you need to root against if your 4-7 or 5-6 team has a high APR.

5-7 Teams That Will Be Bowl Eligible With A Win

Let’s add one more special case to the mix. Missouri -11.5 at Arkansas. At the moment, Mizzou isn’t eligible to go to a bowl due to NCAA sanctions, but the NCAA is looking into – and taking its sweet time – possibly changing this.

There are only four favorites out of the 12 teams that need a win this weekend. There will be upsets, and there’s a strong chance that at least five teams win and the bowl problem is solved. However, if fewer than five teams win, it comes down to the APR.

Which teams are in line for a bowl game because their respective players went to class a few years ago? Here’s who’s still alive …

The teams below are the ones in the mix if the APR factor kicks in.

Again, if the 5-6 teams on this list win, they’re eligible. But if any of them lose, there’s still the lifeline of the APR ranking.

LONG-winded article way of saying … if there aren’t enough bowl eligible teams to fill out the 78 slots, this would be the pecking order. The number in parentheses is the APR ranking of the school overall, followed by the APR score, followed by record.
– 2019 APR Rankings | APR by conference

Any team lower than this in the APR Rankings is out, considering there would be at least five teams above finishing 5-7.

The CollegeFootballNews.com bowl projections, picks and predictions for the College Football Playoff after Week 13. 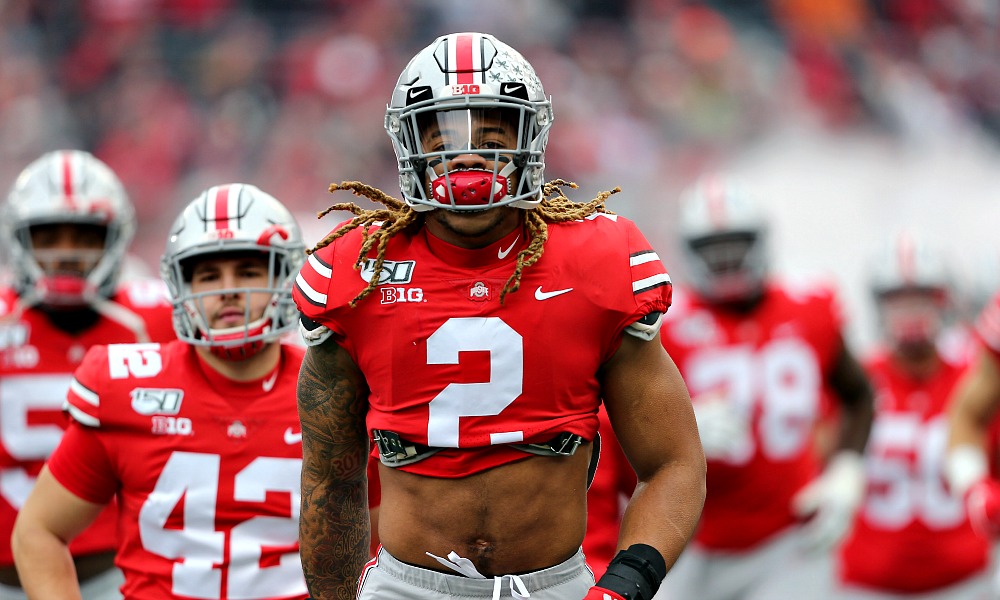 The CollegeFootballNews.com bowl projections, picks and predictions for the College Football Playoff after Week 13.

If there appear to be a ton of awful matchups, there’s a reason …

Simply put, there are probably going to be a ton of awful matchups.

However, this can change a wee bit if Mississippi State beats Ole Miss in the Egg Bowl, and at the moment, we don’t project that to happen.

As we see it right now, there will be exactly enough bowl eligible teams for the slots – there won’t be any need to dive into the APR tie-breaker (if you don’t know what that is, don’t worry about it for now).

However, if the College Football Playoff rankings finish up as expected, LSU, Georgia, Alabama and Florida will all need to find homes in either the CFP or in one of the New Year’s Six games. If that happens, there won’t be enough SEC teams for all of the good bowl ties.

That means the potential will be there for a whole slew of bizarre MAC vs. Power Five matchups just to fill out the exhibitions.

The one other key part to note will be the American Athletic Conference pecking order.

As is, the league’s bowl-ties are AWFUL – a few of the stars are going to end up punching well below their respective weights. For now, the call is that Memphis and Cincinnati will split their two showdowns – with Memphis winning in the regular-season finale, and UC pulling off the victory in a rematch in the Conference USA Championship.

If that doesn’t happen and if the AAC champion is 12-1 and goes to the Cotton Bowl instead of projected Mountain West champ Boise State, then things get really nutty.

This will all start to clear up over the next several days, but for now …

The CollegeFootballNews.com bowl projections, picks and predictions for the College Football Playoff after Week 12. 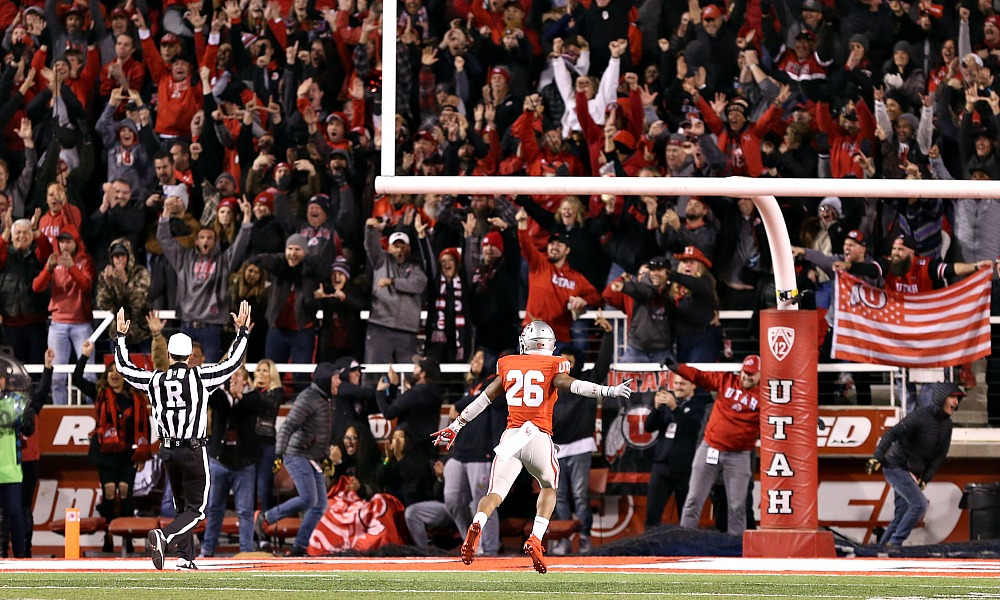 The CollegeFootballNews.com bowl projections, picks and predictions for the College Football Playoff after Week 12.

These projections are all going to go haywire when it’s time to really do this for three reasons.

1) The SEC. In some way, shape and form, LSU, Alabama, Georgia and Florida will all likely be in the College Football Playoff and New Year’s Six games. That screws up the whole SEC pecking order, meaning there will be a few big openings against good Power Five teams.

If Mississippi State loses to Ole Miss in the Egg Bowl and doesn’t become bowl eligible, and/or if Tennessee doesn’t get to six wins … uh oh. There could be as many as five bowls that have to fill open SEC spots, which is a problem because …

2) There won’t be any Power Five at-large teams to choose from. There will be some very, very good teams playing some very, very mediocre Group of Five teams because there simple won’t be enough options. And that means …

3) This is all going to be screwed up by a few bowls that will jump the gun. The Belk, AutoZone Liberty, Franklin American Mortgage Music City, and Academy Sports + Outdoor Texas will all be desperate for an SEC team. All of a sudden, Kentucky and Tennessee could be the most beloved programs in college football. The bowls that don’t get them might have to scramble for the best available MAC team.