The best holiday gift ideas for any Auburn Tigers fan in your life. 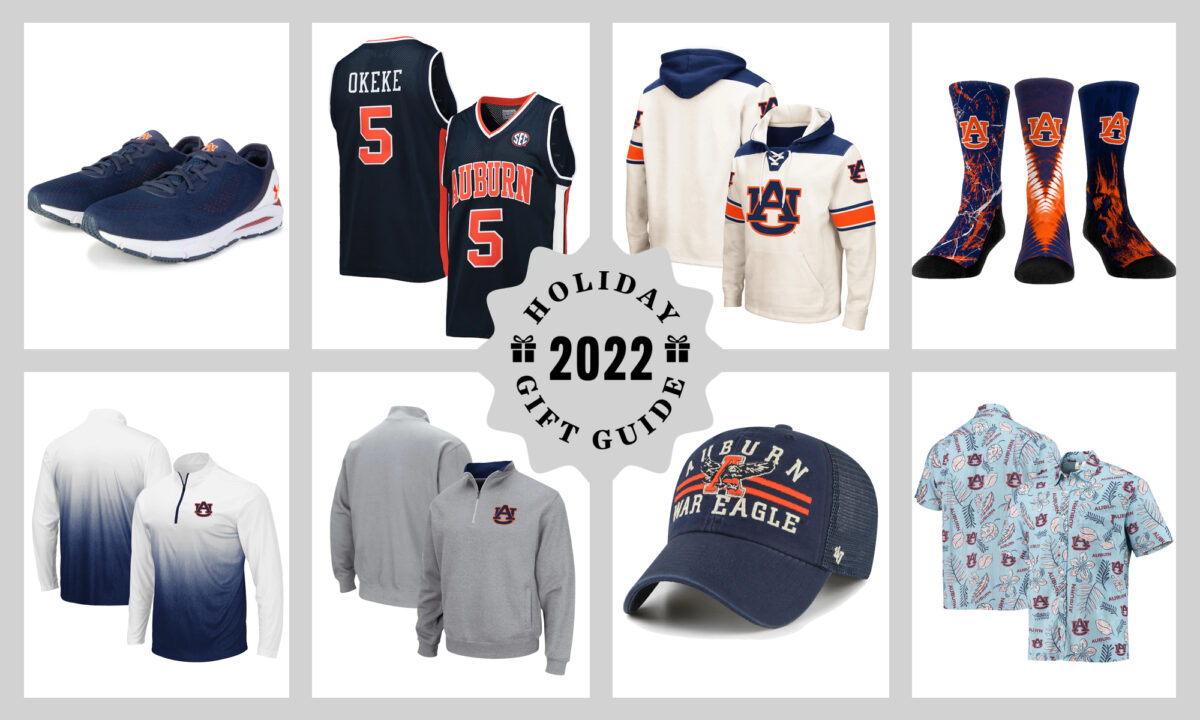 Football season is coming down the home stretch, basketball season has started, and for NCAA fans it’s the most wonderful time of the year.

It’s been an up-and-down season for Tigers fans, but Auburn Wire is giving you something to cheer about.

Whether you’re an alumni, a Tiger lifer, or just love Charles Barkley, we’ve got you covered with our list of best Tiger gifts for the holiday season.

Fanatics is offering 30% off all orders on Cyber Monday, so take at least 30% off the prices in the list below and get the perfect gift for the Auburn fan in your life. 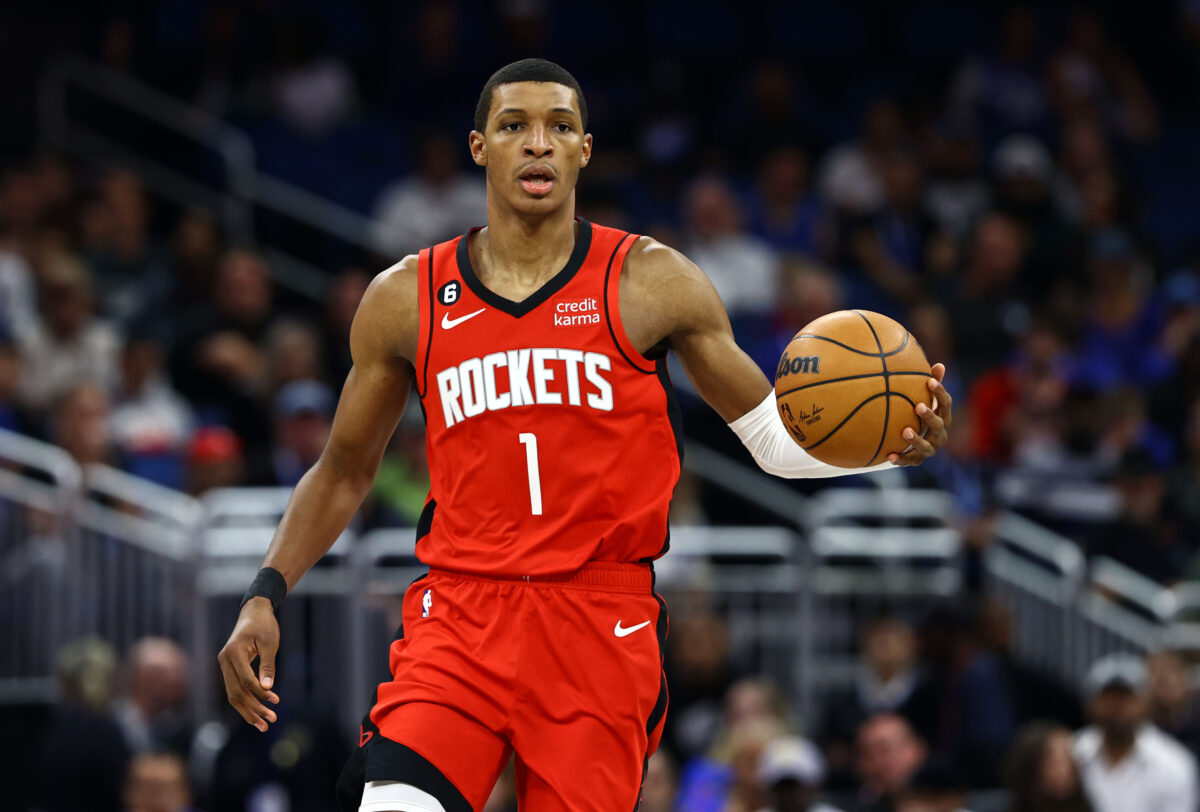 It was another busy weekend for Auburn athletics.

The football team may have come up short in the Iron Bowl, but several other programs had success. The basketball team beat Saint Louis 65-60 Sunday night in Neville Arena to improve to 7-0 on the season.

[autotag]Jabari Smith Jr.[/autotag] is starting to have success for the Houston Rockets and is on a tear.

In addition, the volleyball team qualified for the NCAA Tournament for the second time in program history and saw three freshmen named to the Freshman All-SEC Team.

Read more about these stories down below in the Monday edition of the Auburn Morning Rush.

Start your Monday morning with the Auburn Morning Rush. 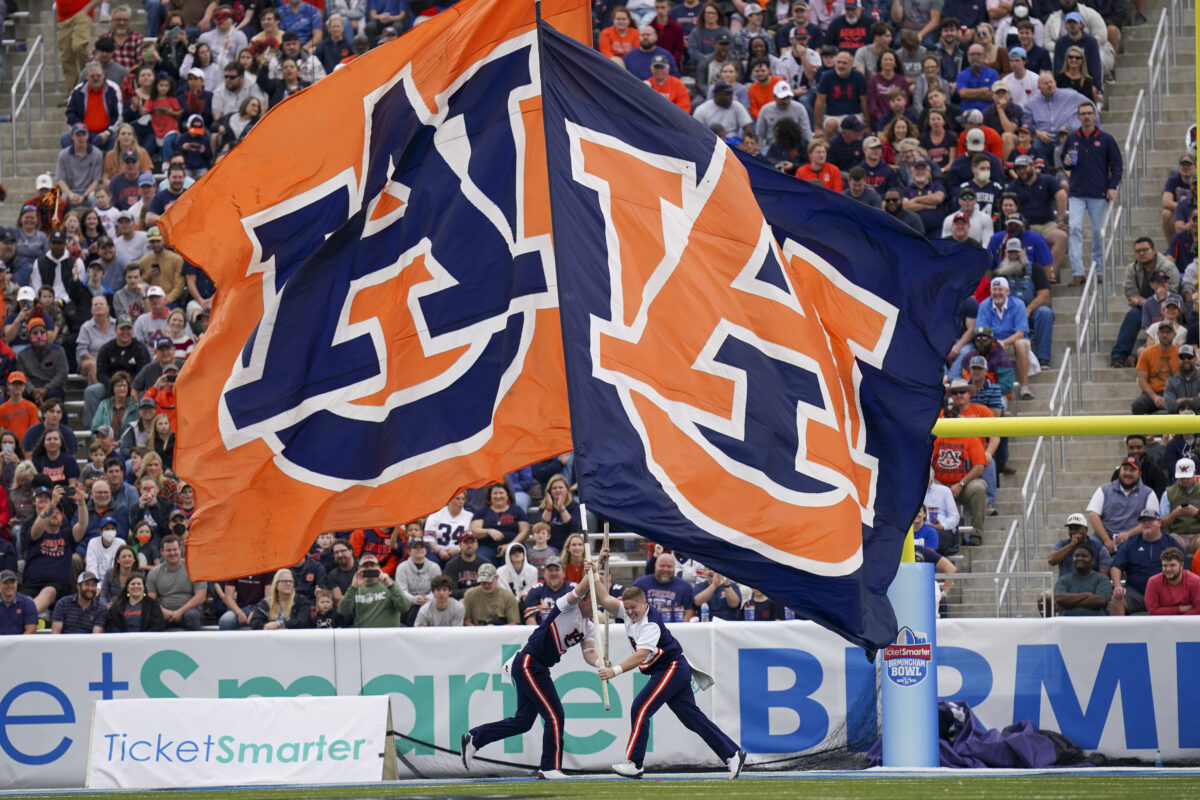 Good morning Auburn fans, another weekend has come and gone and there is no better way to start your Monday than with the Auburn Morning Rush.

It was a busy weekend on the Plains with Auburn picking up a big win over Western Kentucky in their final home game of the season.

The football team wasn’t the only program to pick up a win over the weekend though, the women’s basketball team cruised to a win over Alabama State Sunday night. The women’s swim and dive team took the top spot and the men finished second at the UGA Invite.

The football team also took advantage of the excitement ahead of the game to extend an offer to Tevis Metcalf, who is cousins with NFL star DK Metcalf.

Catch up on all of this news in today’s Auburn Morning Rush. 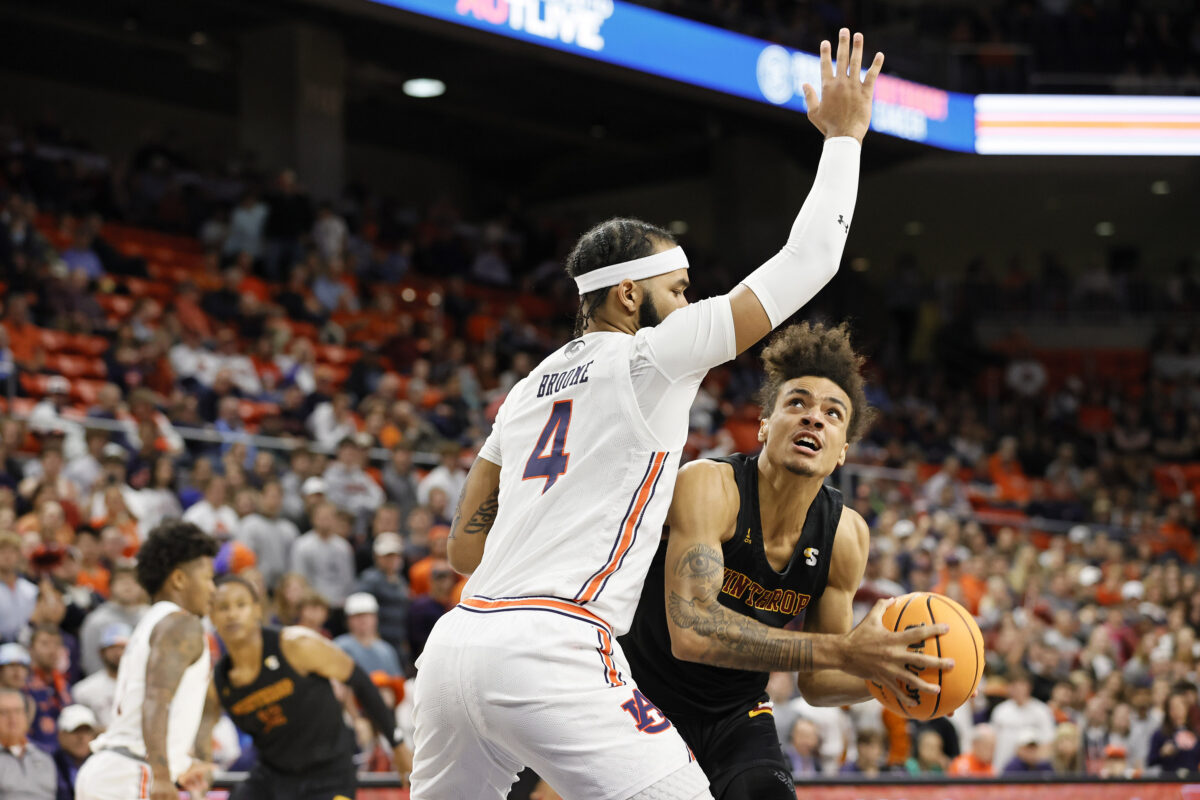 Basketball is where this chronicle begins, and it’s a healthy dose of good and bad news. The good news is that forward Johni Broome has reached a career milestone in Auburn’s game against Winthrop, but the bad news is that Auburn won’t be making another addition to its 2023 recruiting class after officially making its first signing a few days ago. Additionally, there’s some Auburn news from the NFL — a former Auburn kicker is performing well and a former Tigers cornerback made the trip back to the Plains for A&M weekend.

The scene in Jordan-Hare over the weekend is something that will be remembered for quite some time. 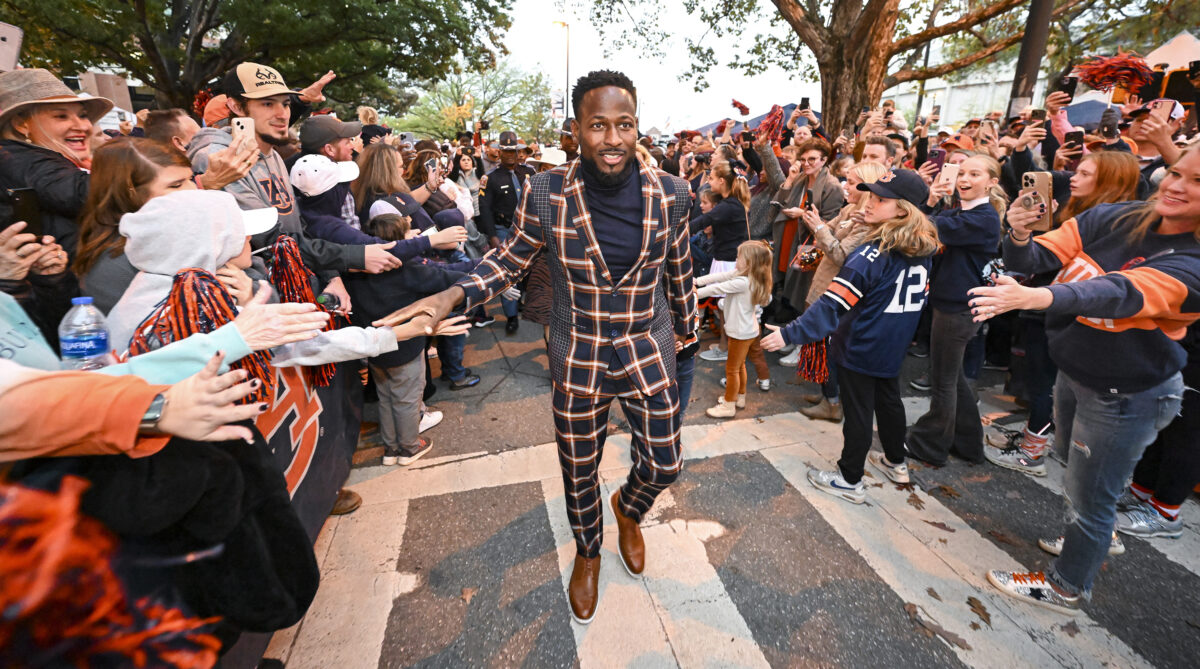 What a weekend on the Plains.

The Tigers showed what Auburn football is all about, beating the Texas A&M Aggies 13-10, and the fans did more than their part, packing Jordan-Hare and creating an insane atmosphere despite a disappointing season.

A ton of credit has to go to interim head coach [autotag]Cadillac Williams[/autotag] who picked up his first win as the head coach and was given the game ball after the game by his players.

A former Tiger baseball player also made a statement over the weekend. [autotag]Edouard Julien [/autotag] was named the breakout player of the Arizona Fall League.

Finally, the atmosphere inside Jordan-Hare made quite an impact on Auburn target [autotag]Joseph Edwin[/autotag], who called it the best atmosphere he’s ever seen.

Catch up on all the news around Auburn in the Morning Rush. 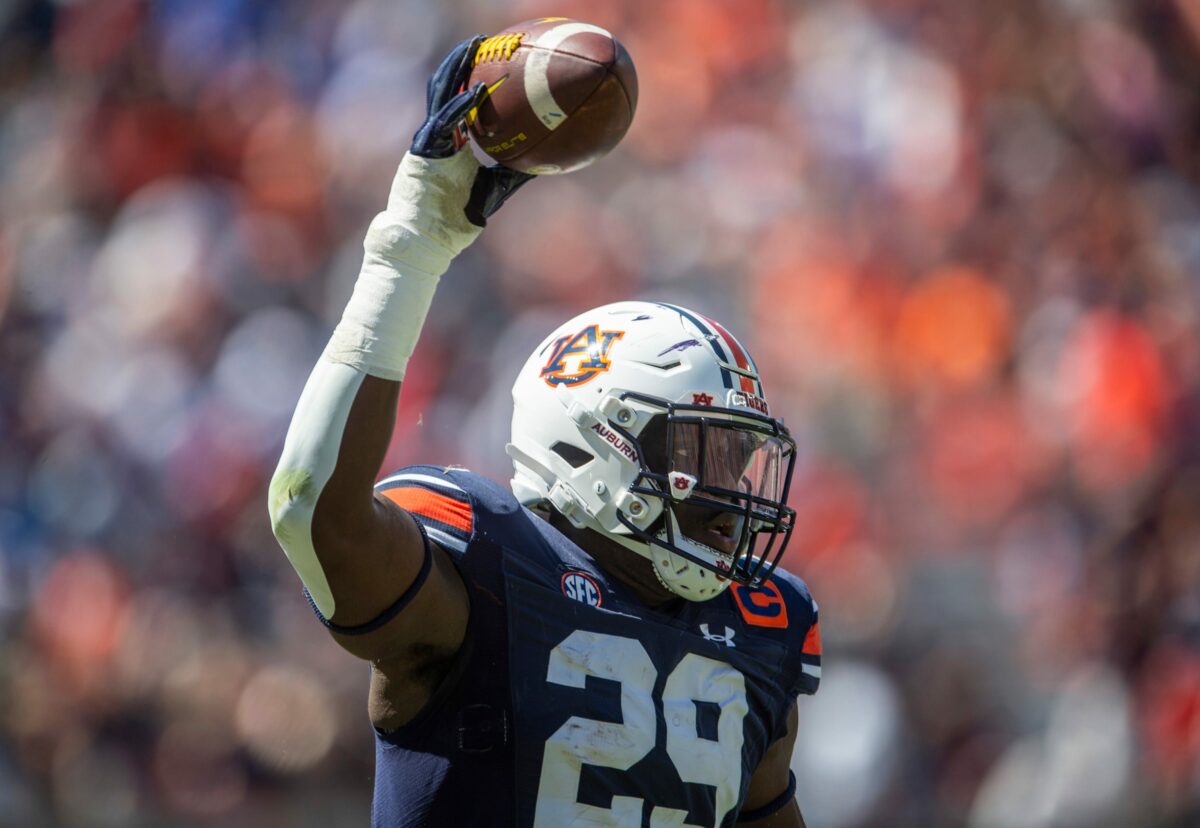 It is nearly time for the weekend. But before then and the return of Auburn football to the Plains, we have to make it through Friday.

There is no better way to start your Friday morning than with the latest edition of the Auburn Morning Rush.

This edition starts with interim head coach [autotag]Cadillac Williams[/autotag] appearing on Tiger Talk and talking about how he expects to have plenty of former teammates in attendance for the game against Texas A&M.

Read more about these stories below in the Auburn Morning Rush.

Many programs on the Plains got better Wednesday thanks to the Early Signing Period. 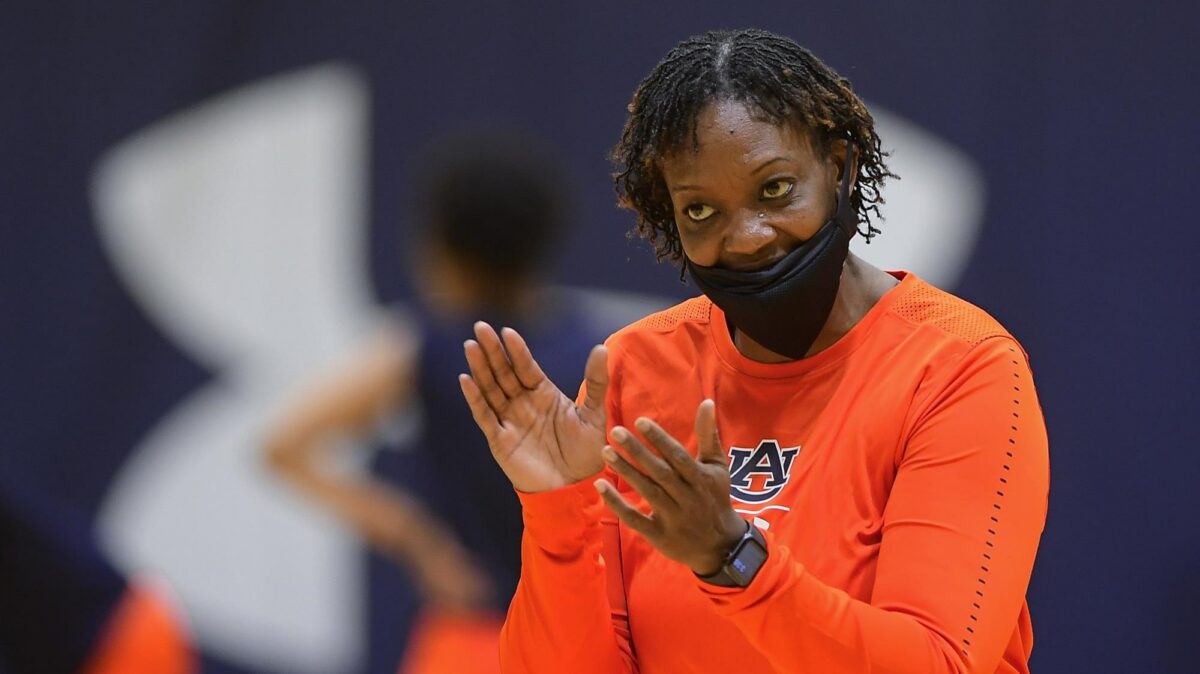 Good morning Tiger fans, it is time for the Thursday edition of the Auburn Morning Rush.

In a time that is dominated by football and basketball, there were many programs around Auburn University that got better thanks to the early signing period.

The early signing period began on Wednesday, and many athletes made their commitments official. Today, we take a look at Women’s Basketball, Volleyball, and both Men’s and Women’s Golf teams.

Women’s Basketball signed two centers in this class, providing extra size for next season’s roster. Head coach Johnnie Harris is excited about the added height coming to the Plains.

“They both provide much-needed SEC size and skills that will help boost our program to the next level,” Harris said. “This is an instant impact class that we’ve needed to rebuild this program.”

Volleyball signed a great class as well, which includes two top-10 prospects from their respective states. As for Golf, the men’s team signs three players from the top 25, while women’s golf adds a valuable transfer from the Ivy League.

Get caught up on all of the latest signing day news in today’s Auburn Morning Rush.

Recruiting has its ups and downs in this edition of the Auburn Morning Rush. 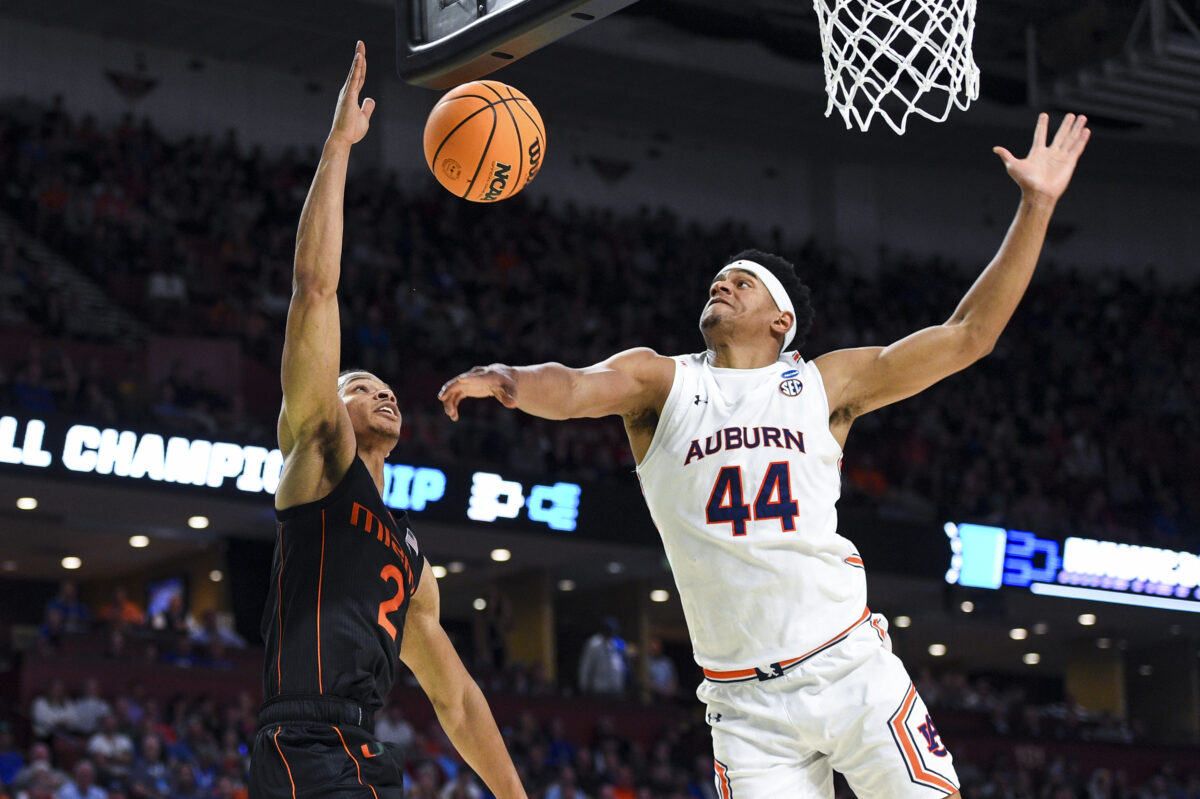 This Morning Rush kicks off on a bit of a sour note for fans of the Tigers, as Auburn has missed out on a recruit from its own backyard (almost literally). The baseball team has made up for this, however, by securing an Alabama pitcher for its 2023 recruiting class from the state of Alabama. In other news, coach Bruce Pearl has named his “Heart of the Tiger” for the team’s first victory against George Mason and the women’s basketball team got a first-win of its own on Wednesday.

Here are some stories you may have missed for the Auburn Morning Rush: 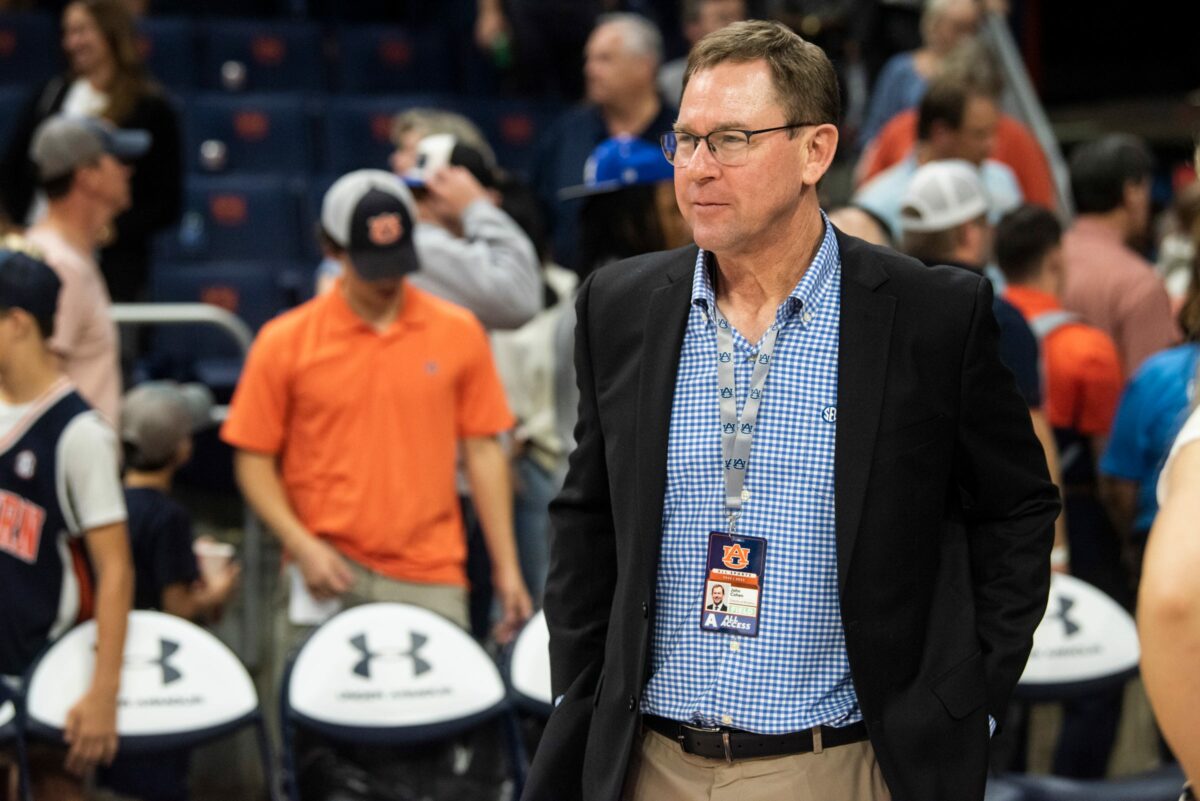 Auburn’s new athletic director has officially made his debut.

The Tigers were treated to their new AD’s first press conference on Tuesday, and Cohen talked about a variety of challenges and experiences he’s set to inherit as the school’s new athletic director. He discussed his process in replacing fired head coach Bryan Harsin, how the NIL landscape has changed college football and what the transitional period has been like for him the recent days he has stepped up to take the job.

Here are a select few quotes from Cohen from his first appearance before the media as Auburn’s athletic director:

Catch up on a busy weekend with the Auburn Morning Rush 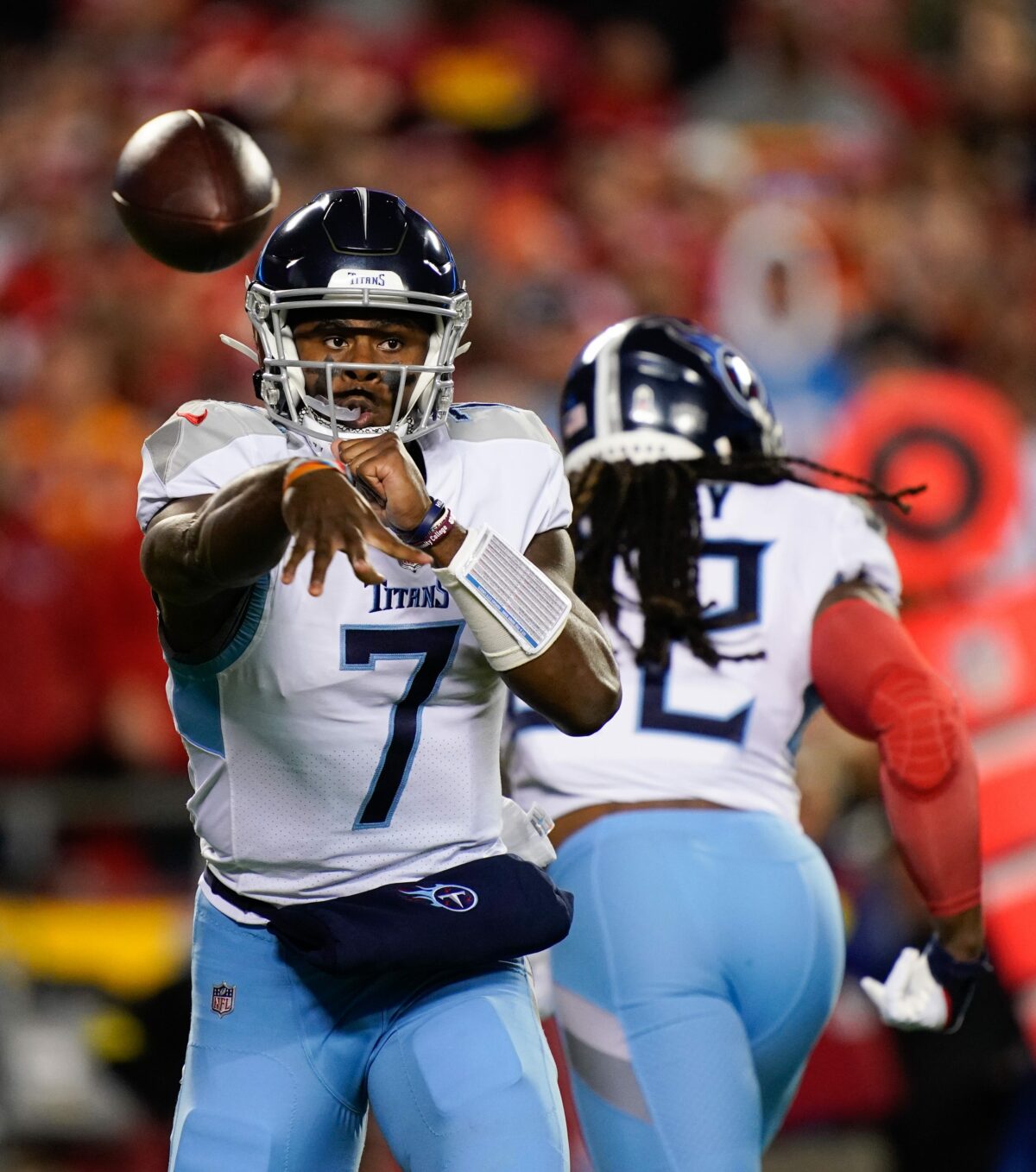 What a weekend it was for the Auburn Tigers.

The football team may have come up just short Saturday night against the Mississippi State Bulldogs, but there is undeniably an improved energy around the team since [autotag]Cadillac Williams[/autotag] took over the program.

The football wasn’t the only program with a big game over the weekend. [autotag]Malik Willis[/autotag], a former Tiger, made his second career start for the Tennessee Titins in primetime.

The volleyball team swept the Texas A&M Aggies to clinch their first 20-win season since 2010 and both the men’s and women’s tennis teams ended their fall season.