Taylor Mikesell spent just one season in Eugene before deciding it was best to move on and enter the transfer portal. 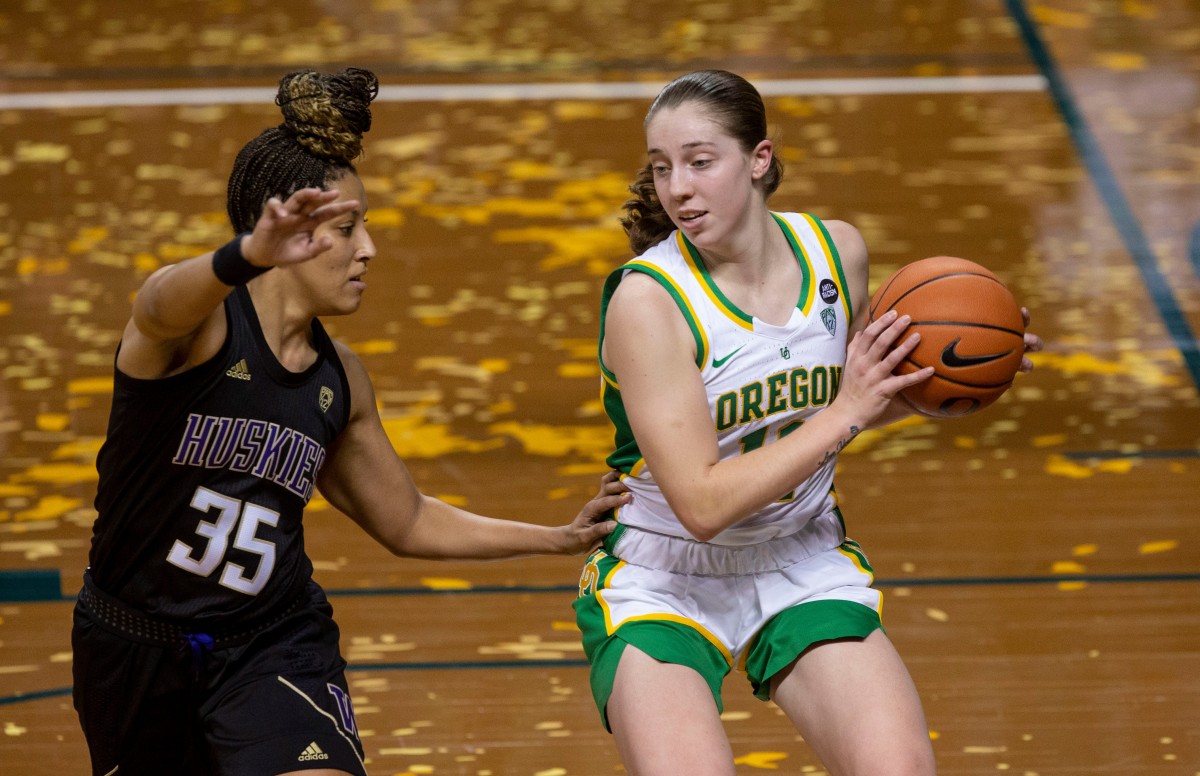 We barely knew you, but always sorry to see someone leave.

After just one season in Eugene, senior-to-be Taylor Mikesell has decided to leave the Oregon Ducks women’s basketball program and re-enter the transfer portal.

Mikesell, who transferred to the Ducks from Maryland after two seasons with the Terrapins, joins Jaz Shelley and Taylor Chavez as players deciding to leave via the transfer portal. A record number of players are using the portal since the NCAA said players won’t have to sit out a year after transferring.

As a Duck, Mikesell averaged 9.3 points a game and shot 33 percent from the three-point line. She made an immediate impact with 28 points against Seattle in the season opener.

But Mikesell had difficulty finding a rhythm in her jump shot and was hot and cold as the year went along. She never did manage to have consistency in Kelly Graves’ offense and her numbers suffered. At Maryland, Mikesell averaged over 12 points a game and shot over 41 percent from long range, stats that she couldn’t replicate at Oregon.

Oregon State might wonder why Mikesell picked to her have her best games against the Beavers, however. In the three games against the Ducks’ biggest rival, Mikesell averaged over 20 points per contest and was 9-of-21 from three-point land.

Unfortunately, those three games were the exception, not the rule.

Whatever team winds up with Mikesell, they’ll be getting a player with tremendous talent as she was proven that she can be a player that can shoot her team to victory. She was the No. 32 ranked player coming out of high school and talent like that just doesn’t disappear.

Some things just don’t work out and Mikesell is one of those examples.