Though he is still working in a backup role, freshman quarterback Ty Thompson received a rave review from coach Mario Cristobal. 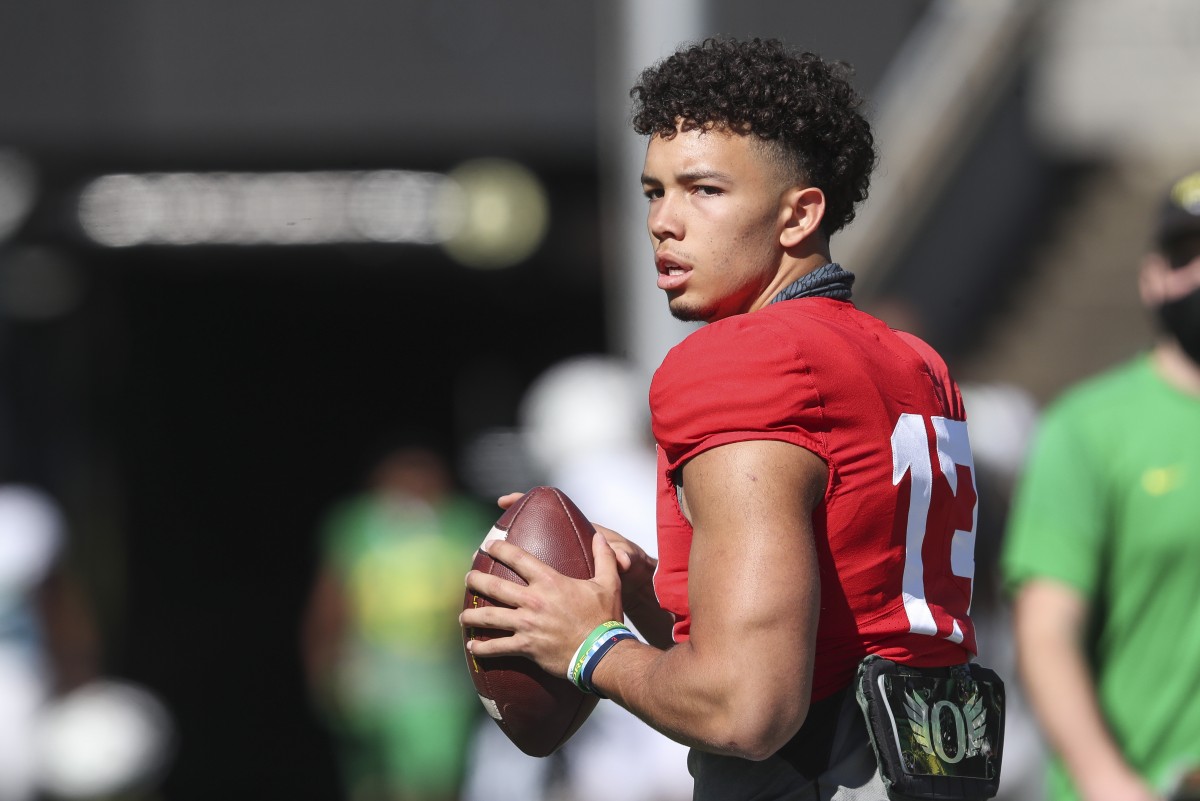 There were a lot of things that we can take away from our first live glimpse at the Oregon Ducks at Saturday’s spring scrimmage, but one thing that everyone had an eye turned towards was the competition at the quarterback spot.

It remained senior Anthony Brown who took the first-team reps, and he certainly looked polished and capable throughout the day. However, that was expected. What fans really wanted to see what their first look at freshman QB Ty Thompson, the program’s first five-star recruit at the position.

The 6-foot-4, 215-pound future phenom did some impressive things on the day, but his youth was still present. After all was said and done, though, head coach Mario Cristobal had some encouraging words.

“Ty is about as talented as a freshman you’ll see,” Cristobal said, via The Athletic‘s Tyson Alger.

A program that has seen its fair share of talented freshman over the past several years — both Noah Sewell and Justin Flowe last year, plus Kayvon Thibodeaux a couple of years back — that is some high praise coming from Cristobal. It appears that Brown is still the heavy favorite to get the start once fall camp begins, but the things we’ve seen from Thompson so far have been encouraging.