The Philadelphia 76ers would be an excellent fit for Florida sharpshooter Tre Mann because of their need for perimeter shooting. 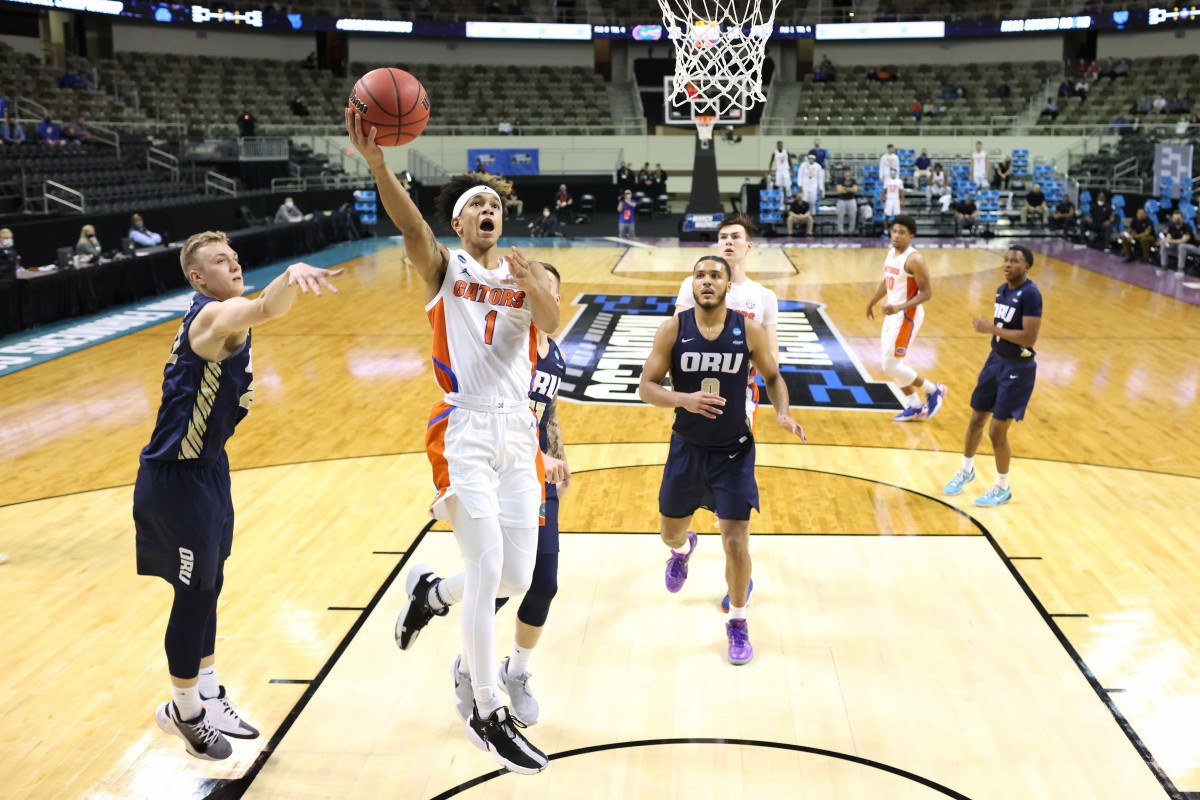 Former Florida guard Tre Mann will likely become the first Gators men’s basketball player to be selected in the NBA draft this Thursday since forward Erik Murphy in 2013. He was drafted in the second round with the 49th pick by the Chicago Bulls.

Mann has been labeled as a fringe first-round prospect in many NBA mock drafts, including the latest from CBS Sports. Their analyst Gary Parrish has the Philadelphia 76ers using its 28th overall pick on Mann. It would be a solid fit for the former Gators sharpshooter because of the 76ers need for more perimeter shooting.

Here’s what Parrish had to say about the pick.

The Sixers still need to add shooting regardless of what they do with Ben Simmons — and adding Tre Mann would accomplish that goal. He shot 40.2% on 4.7 3-point attempts in his final season at Florida, where played and guarded multiple positions and drastically increased his reputation as a likely first-round pick.

Mann definitely made the correct decision to return to school last offseason after he tested the NBA waters. He used the advice he got from NBA scouts and likely secured his position as a first-round pick.