Here is a look at every season the Florida Gators played in the NCAA Tournament, including regular season records and postseason results. 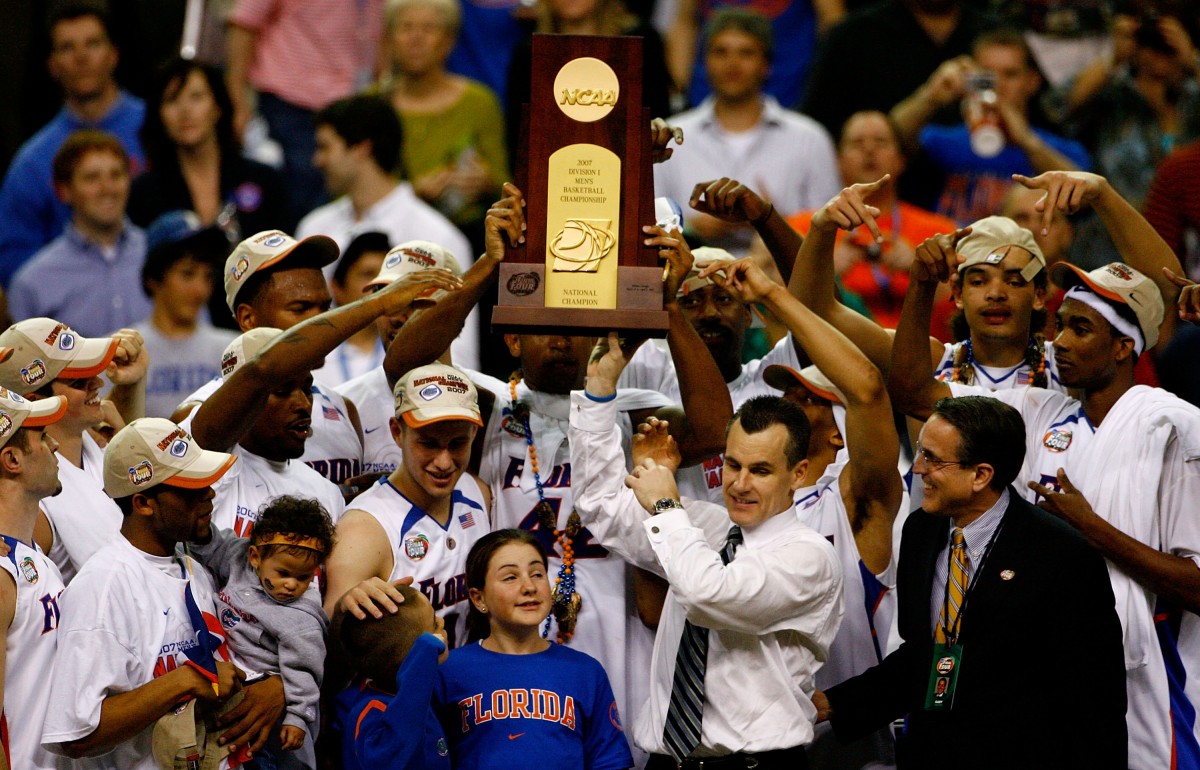 The University of Florida’s basketball program has a storied history that extends a bit further than many realize, stretching back to days when Norm Sloan stormed the sideline — and even further. While Sloan’s part of Gators history was ultimately marred by scandal, it began an era when basketball was quickly on the rise in Gainesville.

Florida’s NCAA Tournament history began in 1987 when the aforementioned coach led a squad that featured three future NBA players with Vernon Maxwell, Dwayne Schintzius and Clifford Lett to its first-ever appearance — as well as the first of three-straight entries — in what would eventually be referred to as the “Big Dance”.

Mind you, there was a time that the National Invitation Tournament was the premiere postseason destination, but it had faded into the background when UF began appearing in soon-to-be-known-as March Madness. It would take just eight years for the Gators to make their first deep run — which came in their fourth overall appearance — guided by then-coach Lon Kruger, whose squad got bumped in the Final Four by a dominant Duke Blue Devils team in 1994.

Florida eventually reached the promised land under head coach Billy Donovan in the mid-aughts, famously winning back-to-back championships with talent that made an impact in the NBA the following years. However, success dried up a bit in Gainesville after the high-water mark, but despite Billy’s D’s departure to the NBA in 2015, UF has managed to see some postseason playing time in the years since.

Under now-head coach Mike White, the Gators have been to the NCAA Tournament in three of the four seasons it has been held. While the most recent era of Florida basketball has been a bit underwhelming, the proud tradition still continues in the O’Connell Center.

Here is a look at every season UF played in the NCAA Tournament, including regular-season records and postseason results. (*) Denotes that the tournament results were vacated by the NCAA due to program penalties that occurred under head coach Norm Sloan.