The Detroit Lions slight underdogs vs. Green Bay Packers in the Week 18 finale 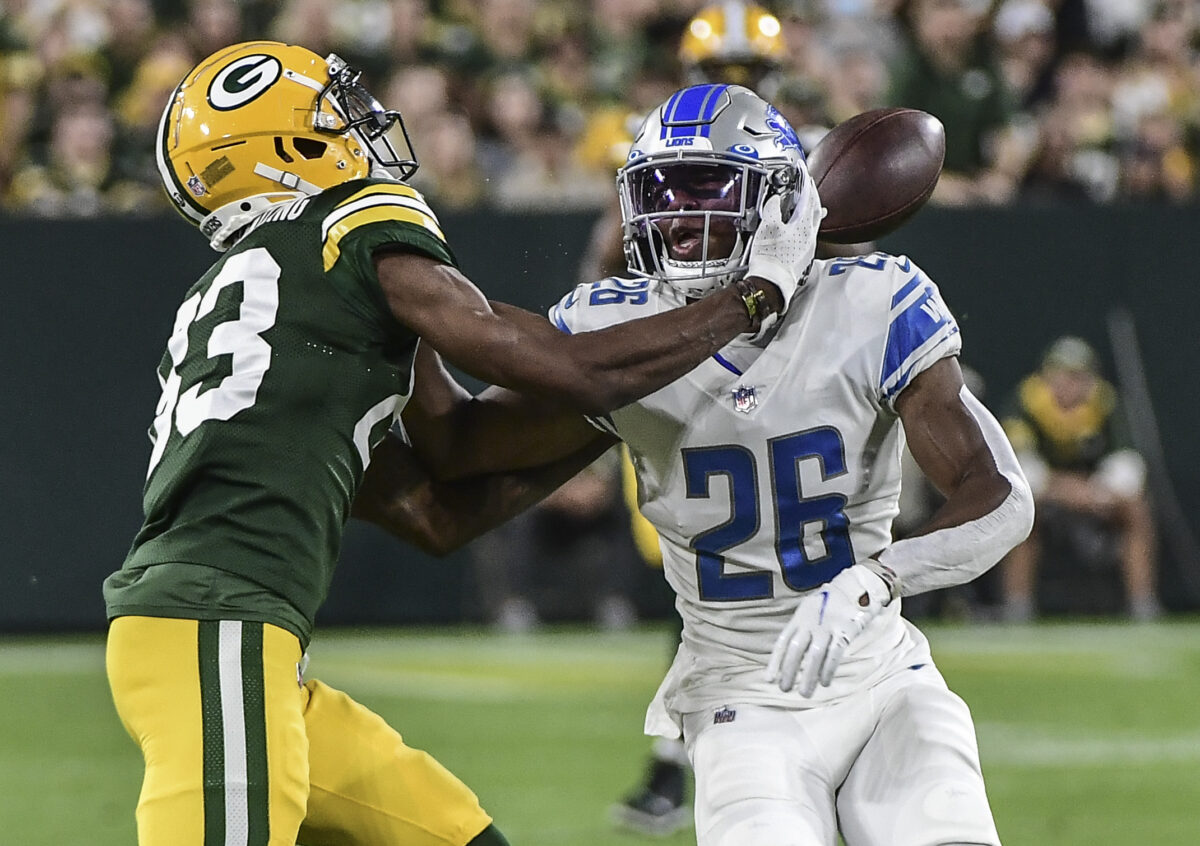 Finding the betting line for the Detroit Lions in their Week 18 finale against the Green Bay Packers required some patience. With the playing status of so many key players on both teams unknown deep into the week, the sportsbooks have been hesitant to produce anything to bet on.

There is finally a line for the game at Tipico Sportsbook, and it’s one that favors the NFC North champion Packers. Even with the proclamation by Lions head coach Dan Campbell that starting QB Jared Goff is probable to play, the Lions are 3.5-point underdogs at home. The over/under line is 44.5.

Packers coach Matt LaFleur is planning on rolling with his regular starters, including QB Aaron Rodgers. Even with a few key pieces sitting out with injuries, the visitors from Green Bay are formidable.

Lions vs. Packers final injury report for Week 18 includes one player out and 6 questionable for Detroit 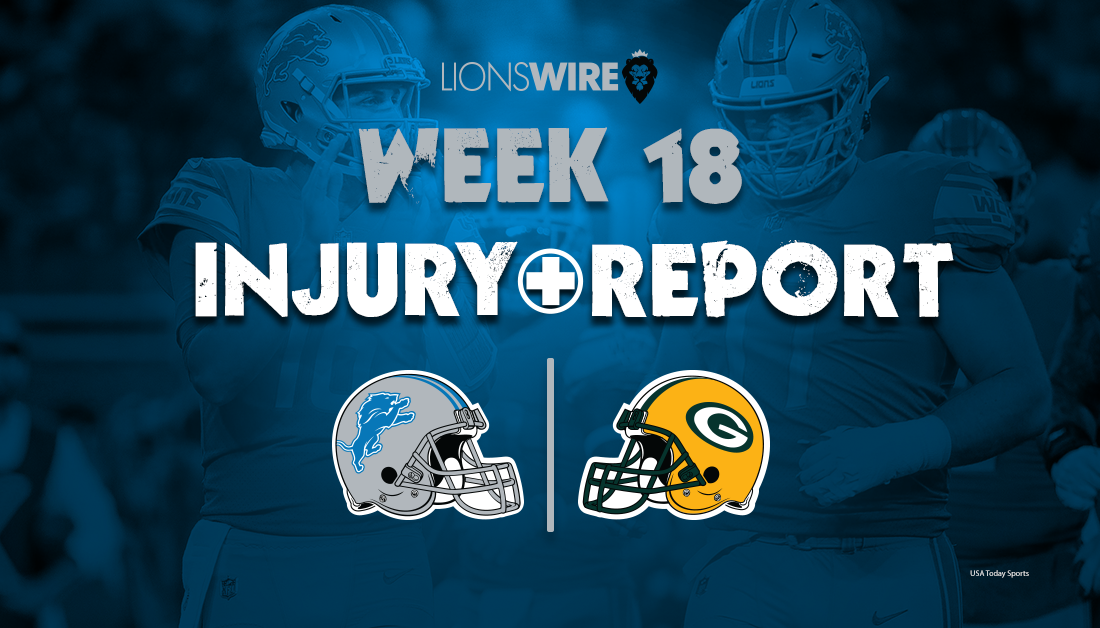 The final Detroit Lions injury report for the 2021 season reveals a team whose remaining players are in relatively good health. Only one player, fullback Jason Cabinda, is officially ruled out with a knee injury other.

Joining Goff and Jackson (elbow/knee) as questionable for Sunday’s meeting with Green Bay in Ford Field:

Detroit’s injury report does not include the players who remain on the reserve/COVID-19 list, a group that includes both starting offensive tackles, Penei Sewell and Taylor Decker. They will be eligible to play on Sunday if they become asymptomatic and produce a negative test to clear protocols. 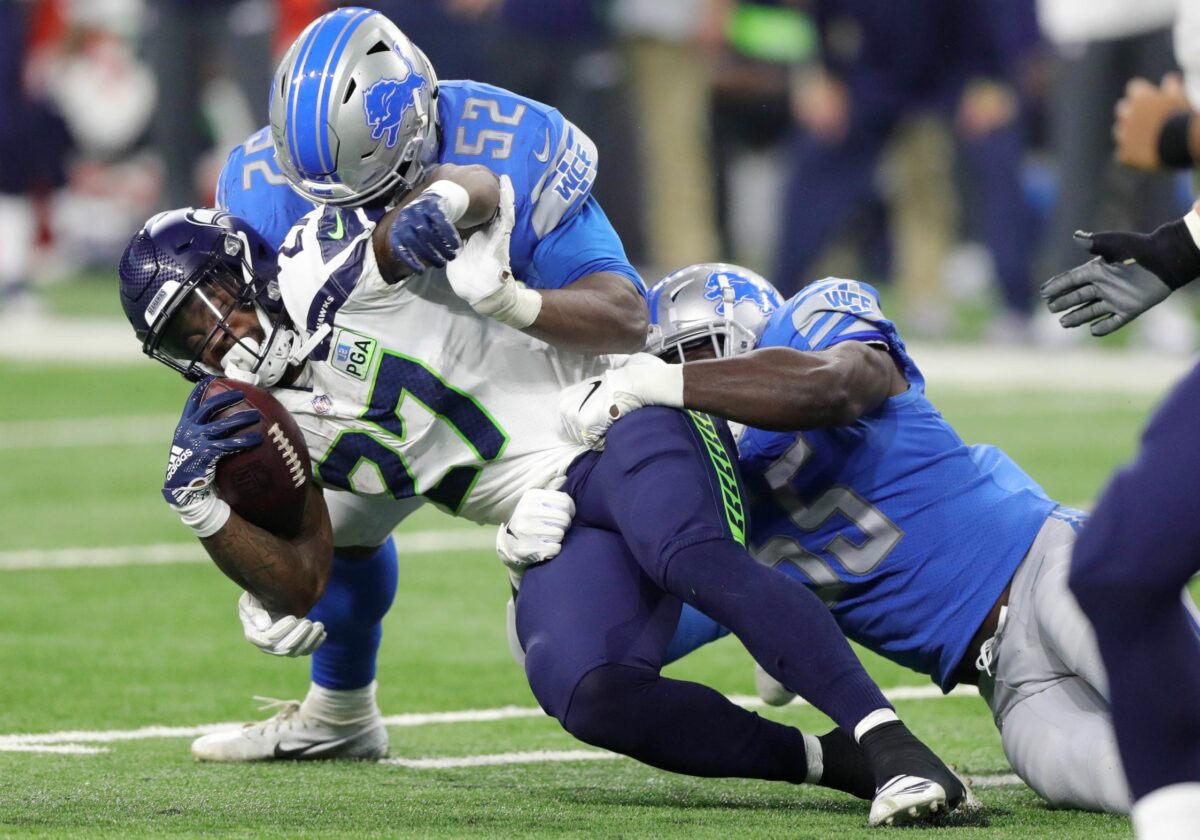 The betting line keeps moving away from the Detroit Lions in their Week 17 trip to Seattle to face the Seahawks. The doubtful status of Lions quarterback Jared Goff has weighed the line even more in Seattle’s favor.

The Seahawks were 6.5-point favorites throughout the week at Tipico Sportsbook, but the line has now moved even bigger. As of Saturday at 10 a.m. ET, the Seahawks are now favored by 7.5 points over the Lions. That’s in the wake of Goff being listed as doubtful to play with a knee injury. Tim Boyle will start in Goff’s place if the regular Detroit QB cannot play, and that leans the game heavier in Seattle’s advantage.

Bottom line: if you are a believer in the Lions and their ability to upset the Seahawks, it will pay off higher and with more room for error now than when Tipico first posted the lines.

Kalif Raymond doesn’t have big stats but he plays an important role for the Lions offense, one they don’t have a replacement for on the roster 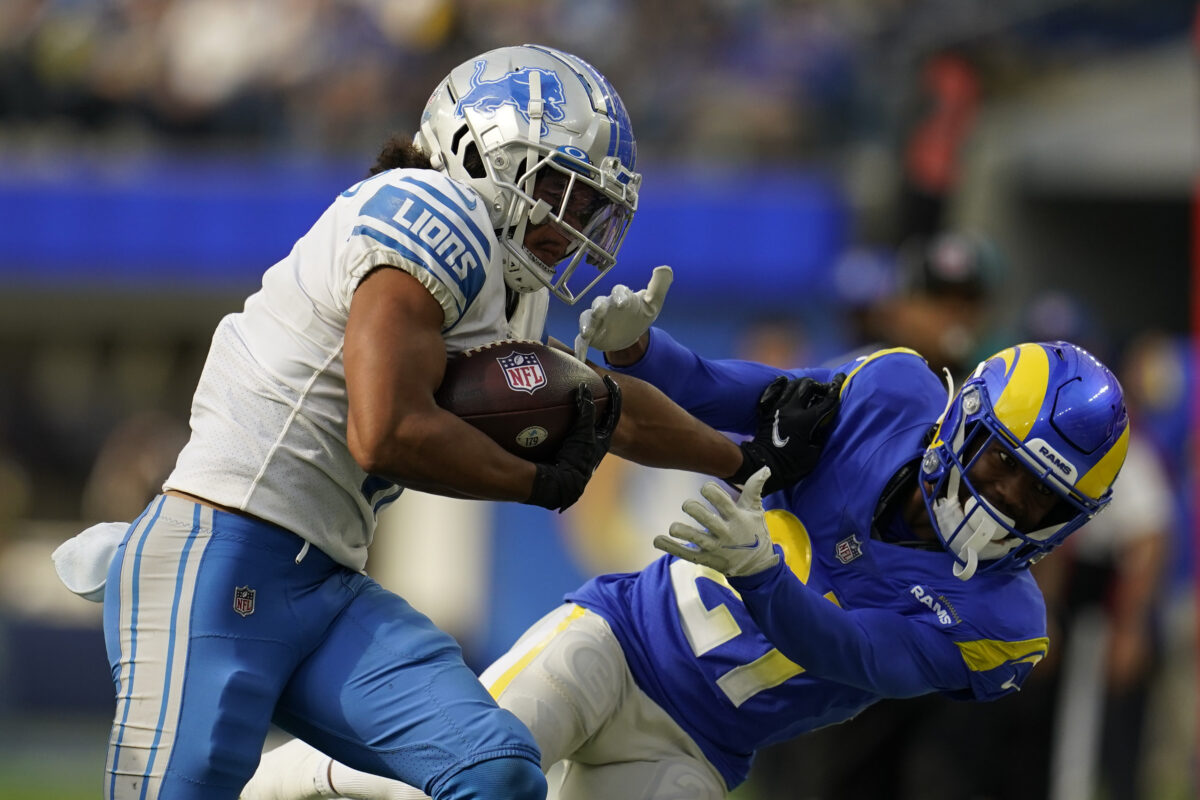 When the Detroit Lions placed starting wide receiver Kalif Raymond on the reserve/COVID-19 list late in the week, it left a bigger void in the offense than it might seem. Raymond’s modest statistics belie his importance to the Lions offense.

Raymond has just 11 receptions for 96 receiving yards in the last four games. His 15 targets in those games are also nothing exceptional. But his ability to impact the defense with his speed, as well as his fierce blocking, have helped the Detroit offense perk up in that timeframe. The larger issue is that Detroit doesn’t have anyone in reserve who can readily step in and do those things for the Lions offense.

KhaDarel Hodge is the most likely suspect to take over the reps and do what Raymond does. He’s a proven blocker and he does have some long speed, but Hodge just hasn’t materialized as a route runner or trustworthy target. If Tim Boyle is at quarterback instead of Jared Goff, Hodge’s potential takes a hit too; Hodge at least worked with Goff during their Rams tenure together.

It would be lovely if Trinity Benson were capable of stepping up. Based on what we’ve seen from Benson, that would be an unexpected development. He’s been a healthy scratch even when the Lions have been injury-depleted, and his lack of blocking toughness makes him a poor replacement for Raymond. Benson does have the speed to make the defense account for him, however.

Tom Kennedy could play a bigger role. Coming off his biggest NFL outing to date (21 snaps, two receptions for 16 yards), Kennedy’s ability to get open on quick slants/outs can help fill that part of Raymond’s role. He’s shown himself a capable blocker in preseason opportunities as well. There’s also a chance the Lions could elevate rookie Javon McKinley or newcomer Juwan Green from the practice squad.

How can the Lions beat the 6-8 Falcons in Week 15? Here are four keys to a potential Detroit road win. 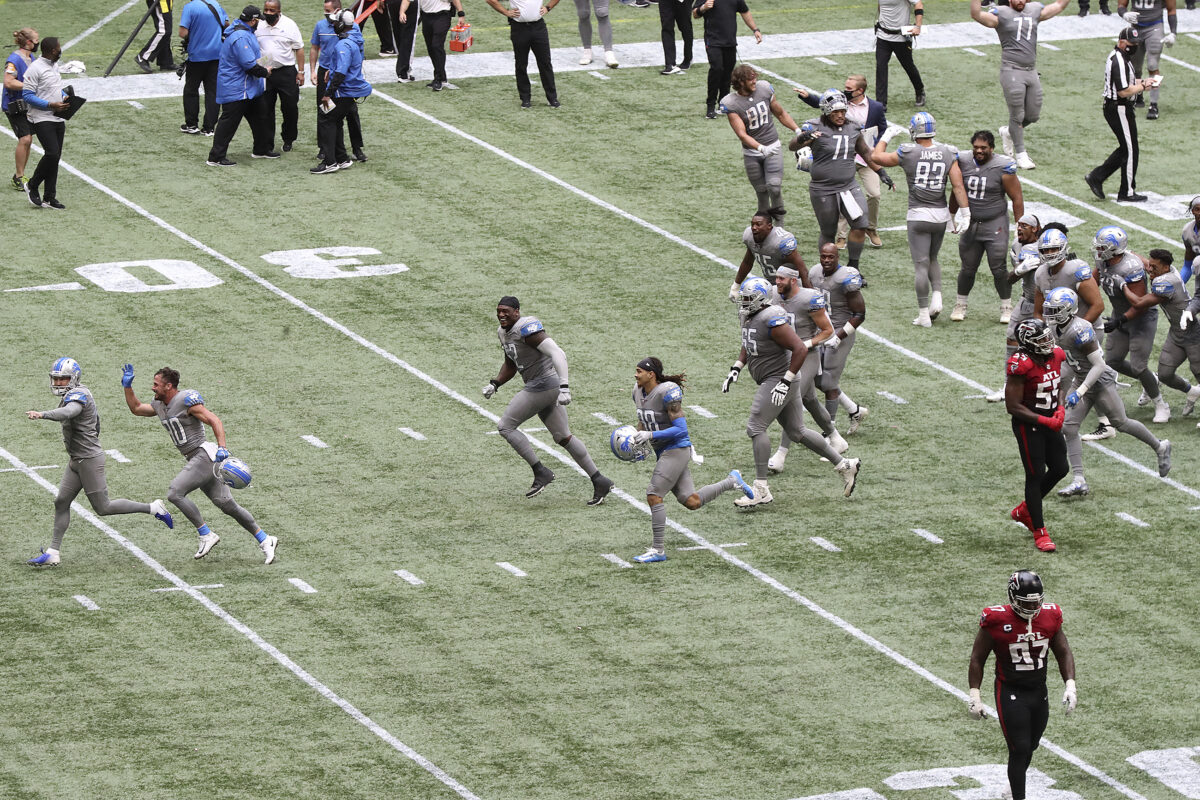 A week after stunning the NFL and blowing out the NFC West-leading (at the time) Arizona Cardinals, the Detroit Lions look to make it two wins in a row. The trip to Atlanta to face the Falcons gives the Lions their first chance at a winning streak since Weeks 6 and 7 of the 2020 season.

Ironically enough, the second game of that win streak came against these same Falcons in Atlanta. It was certainly a memorable victory; Matthew Stafford hit T.J. Hockenson for a game-winning touchdown pass as time expired, elevating the Lions to 3-3 with a fun road win.

Repeating that glorious win is certainly possible, but it will not be easy. For starters, both Stafford (now a Ram) and Hockenson (now on IR) are gone. So is a lot of the projected starting defense for Detroit. This year’s edition of the Falcons is a better one than the team the Lions dropped to 1-5 in that fateful win a year ago, too.

How can the Lions beat the 6-8 Falcons in Week 15? Here are four keys to a potential Detroit road win.

The Detroit Lions open as slight underdogs vs. the Atlanta Falcons in Week 16 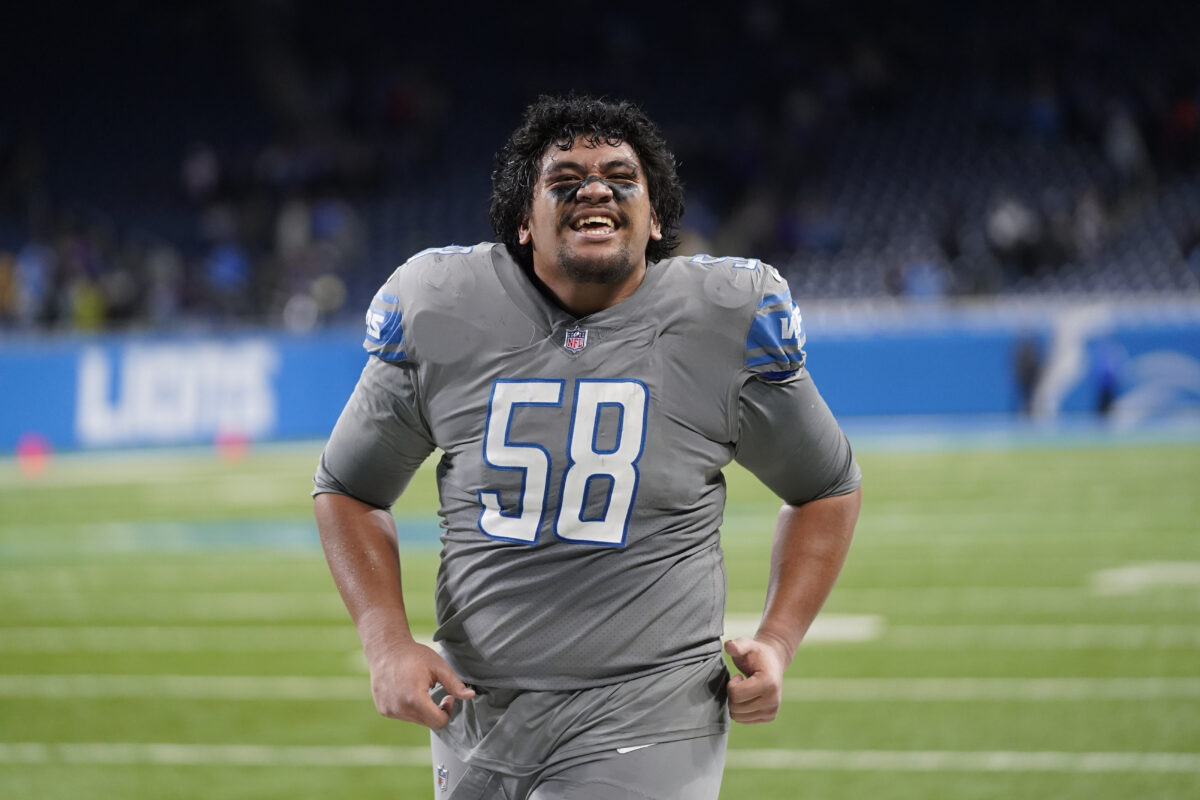 Fresh off one of the most impressive wins the franchise has notched in years, the Detroit Lions hit the road for Week 16 with a trip to Atlanta. Sunday’s 30-12 domination of the Arizona Cardinals appears to have impacted the perception of the Lions, based on the opening betting lines.

At Tipico Sportsbook, the Lions opened the wagering week as 3.5-point underdogs in Atlanta. With the home team typically getting a 3-point bump, it indicates the oddsmakers see the 2-11-1 Lions and 6-8 Falcons as an effective coin flip game. 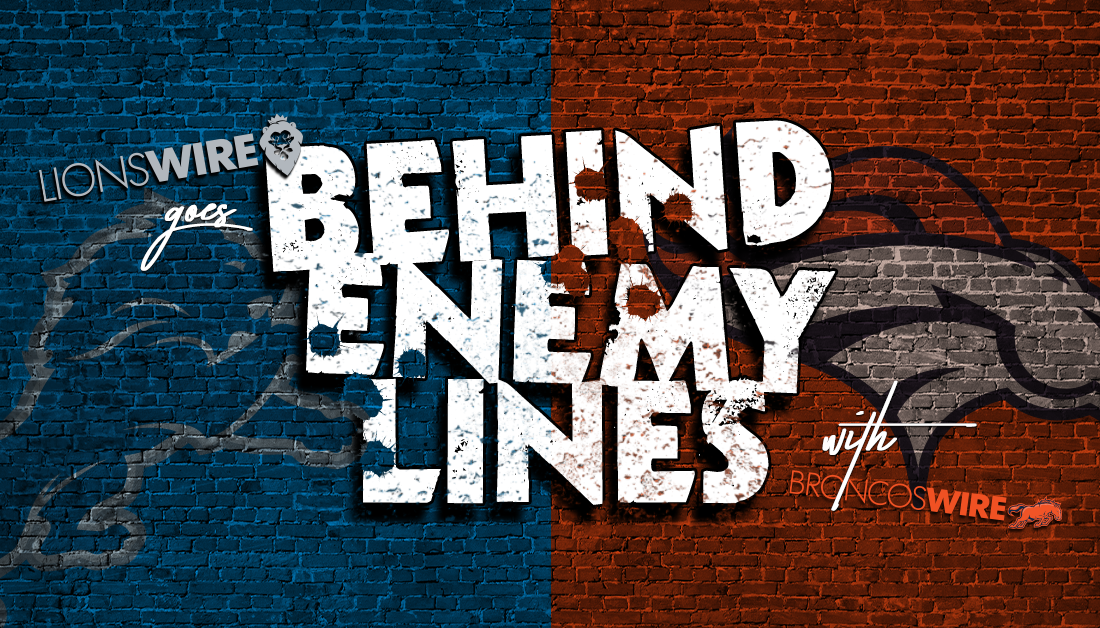 It’s been almost exactly two years since the Detroit Lions and Denver Broncos faced one another. Both teams have new coaches, new GMs, new quarterbacks and almost completely made-over rosters since their last meeting in Week 16 of the 2019 season.

To help get caught up with what’s going on in Denver with the 6-6 Broncos, I asked my colleague Jon Heath from Broncos Wire a few questions. He graciously provided intel on the strong Denver pass defense, run game and where the Lions might find some success in the Week 14 matchup.

Here are a few things to watch for in Sunday’s Week 13 game. 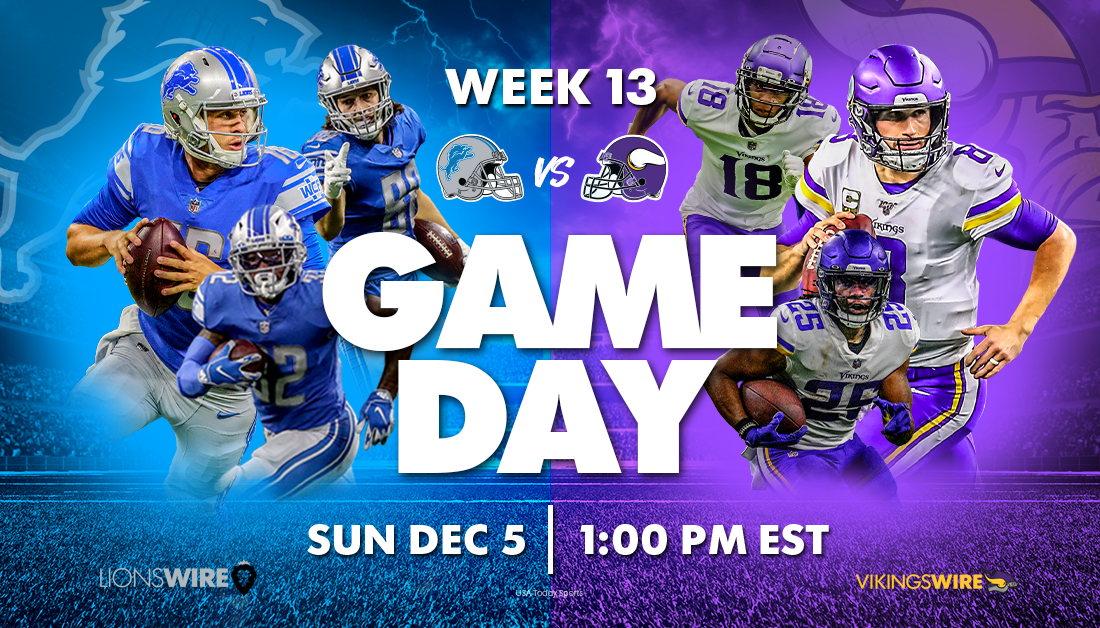 The Detroit Lions will make their latest attempt to notch their first win of the season on Sunday. The Minnesota Vikings come to Ford Field to face the 0-10-1 Lions hoping to bolster their playoff aspirations at 5-6, which is still very much alive in the NFC.

Minnesota won the first meeting 19-17 when kicker Greg Joseph nailed a 54-yard field goal as time expired. What will happen in the rematch in Detroit?

Here are a few things to watch for in Sunday’s Week 13 game.

The Detroit Lions Podcast asks, and answers, what does it take for the team to win? 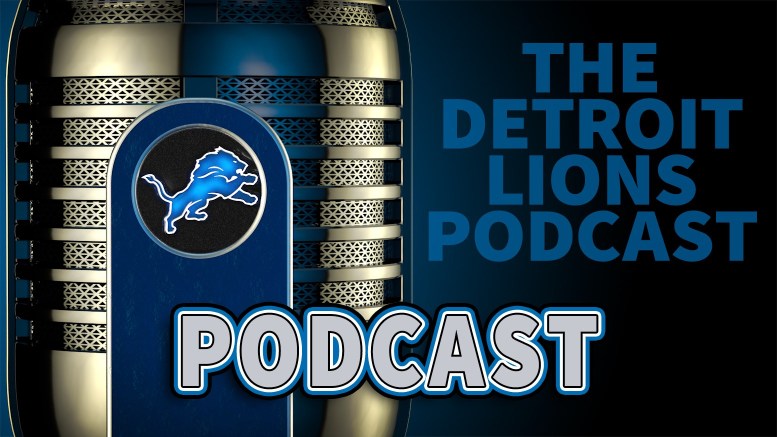 So here we are, 12 weeks into the 2021 NFL season, and the Detroit Lions have yet to notch a win. They’ve been close against teams that they shouldn’t even have been in games with. They’ve let games slip away against teams they should have beaten. In the last three games, no team has scored more than 16 points on them, and they’ve been outscored by only 5 points total. It feels like the Lions are close, but it remains possible that they just run out of time.

The Lions are facing NFC North rivals, the Minnesota Vikings this Sunday. In their last meeting as US Bank Stadium, the Lions were defeated with a last second field goal (a familiar story in the 2021 NFL season). Is Minnesota a team that the Lions can beat at home? Are there any teams remaining on the schedule that the Lions can find a win against? Where are the players right now?

The show is available on all your favorite podcast providers. You can stream the episode here, or also watch on YouTube. 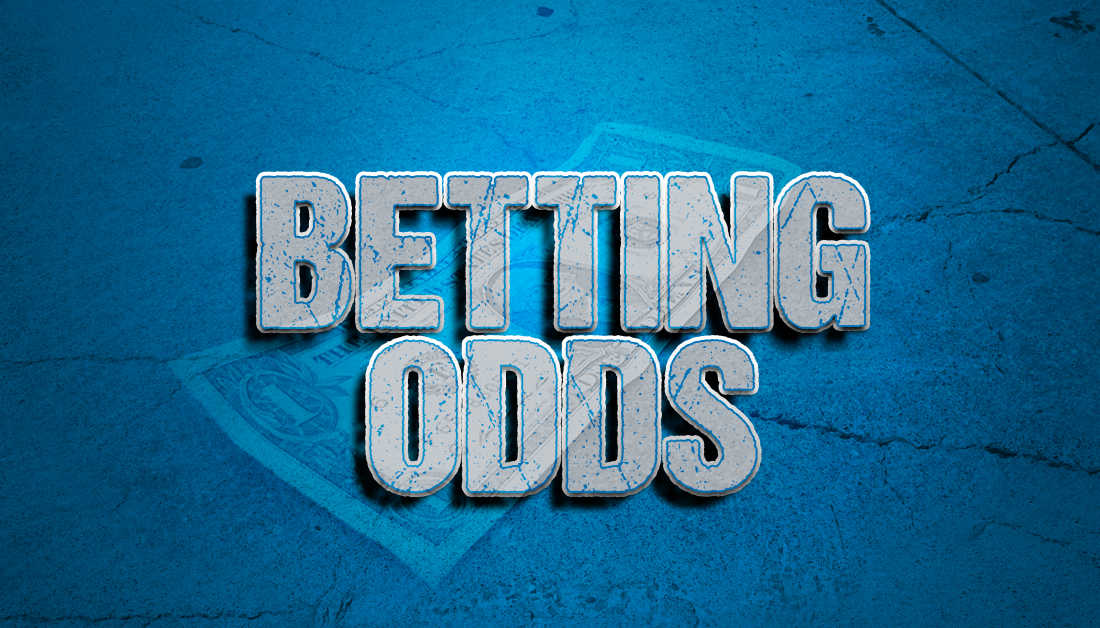 The professional bookmakers expect the Detroit Lions to remain the only winless team in the NFL in Week 13. Detroit is a significant underdog for Sunday’s home date with the Minnesota Vikings.

The current line at Tipico Sportsbook sees the Vikings favored by 6.5 points in Detroit. That’s down from the opening line of 7.5 points, a drop that could be attributable to the loss of starting RB Dalvin Cook to injury and the potential absence of CB Patrick Peterson due to COVID-19.

Betting on the Lions to win has been profitable even if it doesn’t translate to the win column that really matters. The Lions are 7-4 against the spread in 2021.