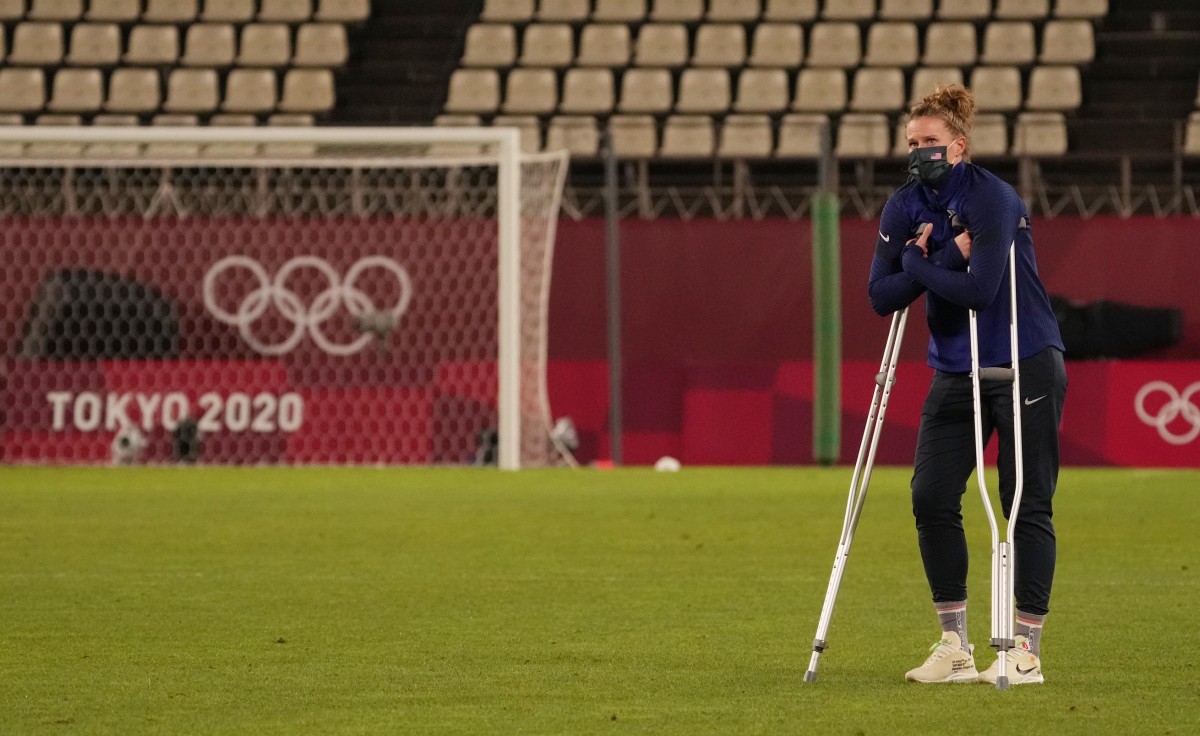 It has been a challenging Olympic tournament for the United States women’s soccer team. After being defeated by Canada in a semifinal matchup, the Americans will hope to finish strongly in the bronze medal game. Unfortunately for Penn State’s own Alyssa Naeher, she will not be able to play in the final game of the Olympics for the US women’s team.

The US women’s soccer team announced Naeher will not be available for the bronze medal match due to a hyperextension of her right knee and a bone contusion suffered in the semifinal match.

Naeher left the game against Canada in midway through the first half after initially trying to stay in the game following a collision.

Goalkeeper Alyssa Naeher will not be available for the bronze medal match after suffering a hyperextension of her right knee and a bone contusion in Monday’s semifinal.

We 💙🤍 you @AlyssaNaeher. Heart of a Lion. Your Penn State family is thinking of you. #WeAre https://t.co/s9ltYfkAsb

Naeher will instead be forced to cheer for her teammates in the bronze medal game against Australia. The United States will face Australia on Thursday at 4:00 am ET as they attempt to go home on a winning note.