This comes after the Milwaukee Bucks rested star Giannis Antetokounmpo, who was chasing Embiid for the scoring title, for their final game of the regular season. 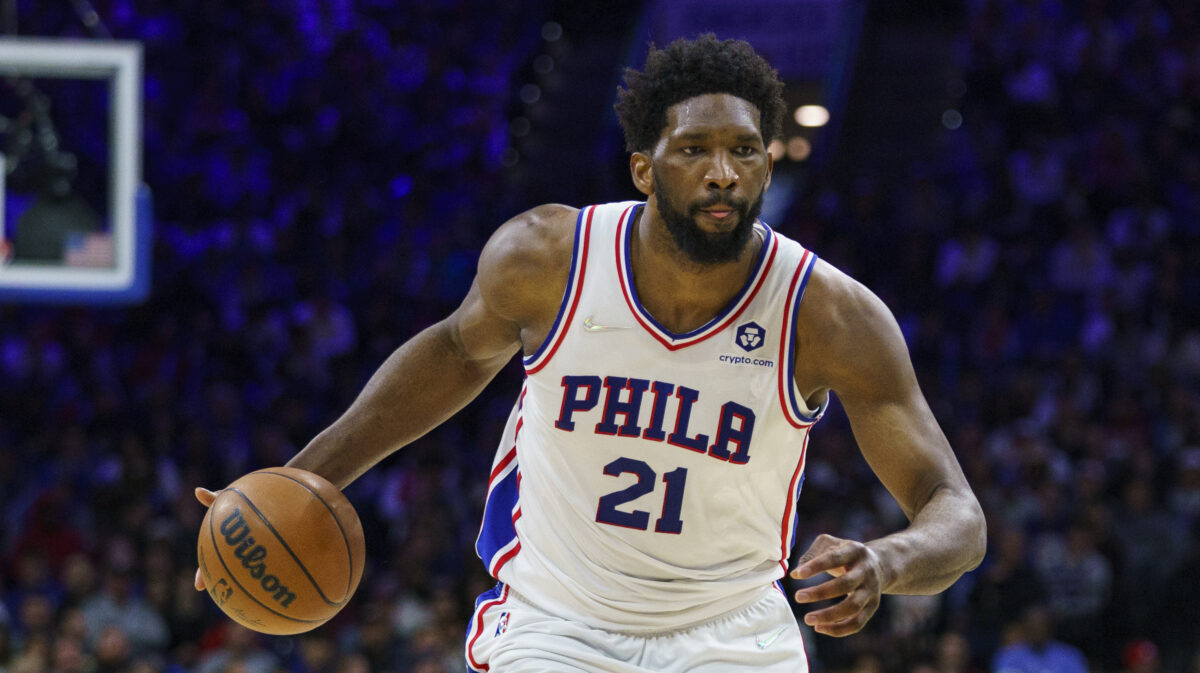 The Philadelphia 76ers will be without star center Joel Embiid for Sunday’s regular season finale against the Detroit Pistons. Embiid will officially miss the game due to right knee soreness.

This comes after the Milwaukee Bucks rested star Giannis Antetokounmpo, who was chasing Embiid for the scoring title, for their final game of the regular season. With Antetokounmpo out, Embiid clinched the honor with an average of 30.6 points per game.

Philadelphia still has a chance to claim the 3-seed in the Eastern Conference. They can do so with a victory over the Pistons and a Celtics loss to the Grizzlies on Sunday. The two decisive games will be played at the same time.

The Philadelphia 76ers will be without James Harden when they take on the Miami Heat. 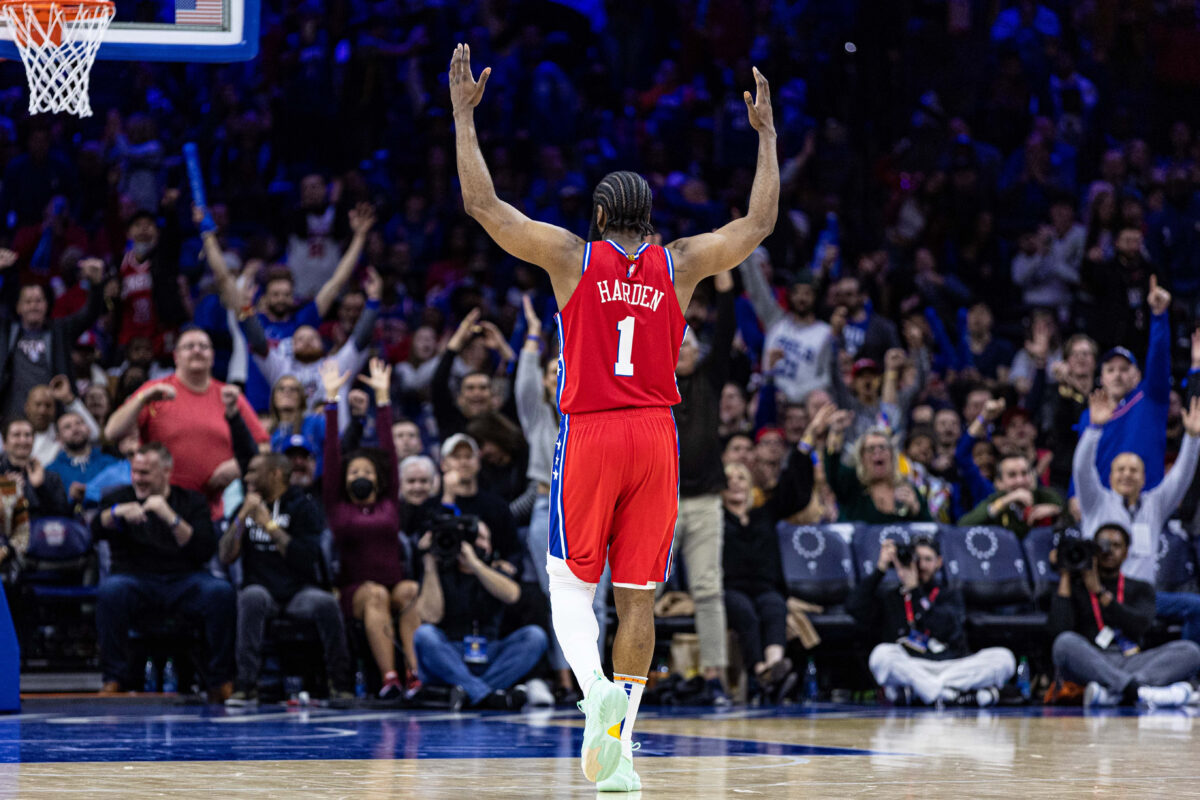 The Philadelphia 76ers will have to step on the floor in Miami less their shiny new star. The team told reporters this afternoon that James Harden would miss the second leg of Philadelphia’s back-to-back against the Heat on Saturday night.

Harden will be out with what the Sixers call “left hamstring recovery”. It is part of his scheduled management program. The Beard missed his first couple games with the team as he recovered from a hamstring injury suffered towards the end of his time in Brooklyn.

He’s played in 4 games as a Sixer, and his star-level impact has certainly been felt. Philly is +69 in the 146 minutes Harden has been on the court. The team is 4-0 in those games, and has looked every bit of an elite offense.

Philadelphia is just 2 games behind Miami for the top seed in the Eastern Conference. With 2 games left in their head-to-head season series, there is ostensibly much at stake in these last two matchups.

It appears as though the playing field may be level on Saturday night, though. Kyle Lowry will not play due to personal reasons. Jimmy Butler is questionable with an irritated left big toe.

According to Caesars Sportsbook, Miami is favored by 5.5 points in this game.

James Harden is out tonight against the Heat due to left hamstring recovery. This is part of his scheduled management program. #Sixers

No members of the Philadelphia 76ers have made the Rising Stars Challenge. 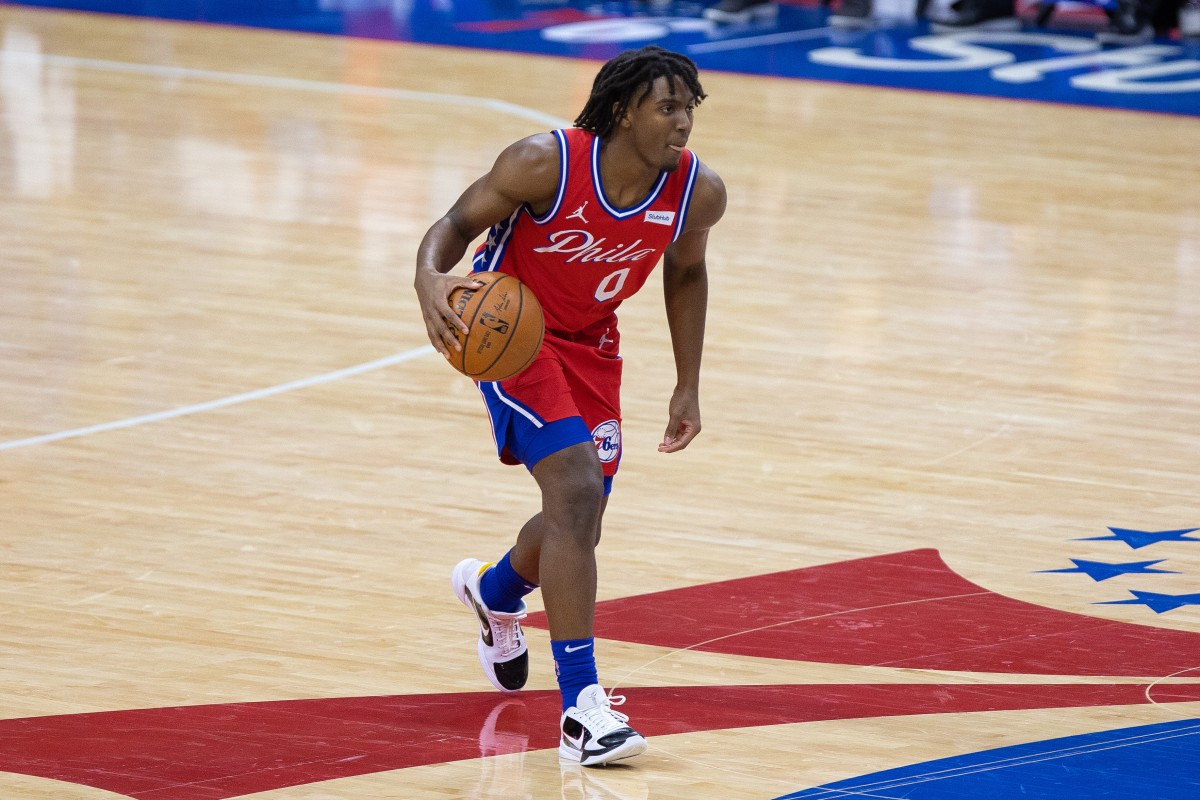 With All-Star weekend approaching in Atlanta, it is time to honor some of the best young players in the league. While there will not be a Rising Stars Challenge game this year amid the global pandemic, the young players will still be honored on their own rosters.

The NBA announced the Rising Stars Challenge rosters for both the U.S. Team and the World Team and there were some really big names on both rosters. However, no members of the Philadelphia 76ers made the rosters.

#Sixers not represented on the Rising Stars Challenge rosters. The league will not have a game this year, but still picked a U. S. and World team. pic.twitter.com/7wG6BIW2Qt

It was going to be tough for either guy to make the roster considering Maxey’s playing time has been up and down while working on his game. Thybulle, on the other hand, makes his biggest impact on the defensive end of the floor and he does not make any big highlight plays. So it is understandable for both players.