Once again, the Jags have earned high marks on their draft class of 2020 headlined by SEC standouts C.J. Henderson and K’Lavon Chaisson. 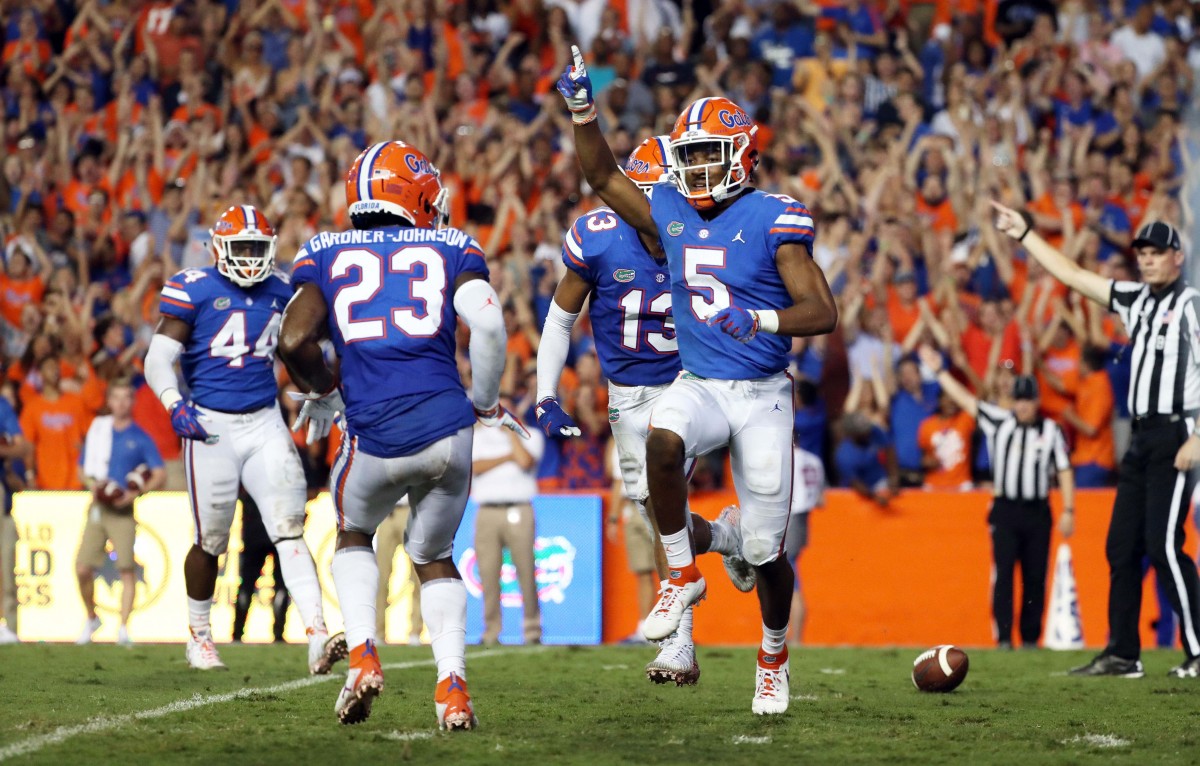 The Jacksonville Jaguars are going to need significant contributions from their 2020 NFL Draft class if they are to improve their record. After utilizing all 12 of their draft picks, they certainly got the heavy-hitters to get it done.

Many gave the Jags good grades for their class back in April and fans now can add Rotoworld to the list. In a recent look at each team’s 2020 hauls, analyst Thor Nystrom slotted them with the sixth-best class in the league and the third-best in the AFC.

Just a well-rounded process for the Jaguars overall. Jacksonville finished No. 6 in both Draft Score and in the UDFA class rankings and naturally checked in No. 6 in the NFL (and No. 3 in the AFC) in the overall Draft Haul rankings. I was higher on Jacksonville’s draft than the media at large, which ranked the Jags No. 11 in GPA. CB C.J. Henderson and EDGE K’Lavon Chaisson were no-doubt picks at positions of need. WR Laviska Shenault was grand theft in the second-round, while OT Ben Bartch and CB Josiah Scott were both big-time fourth-round values.

The Jags have already come out to say they expect both C.J. Henderson and K’Lavon Chaisson to make an immediate impact Week 1.

Henderson will undoubtedly start after the Jags lost Jalen Ramsey in the 2019 season and A.J. Bouye this March. Chaisson, on the other hand, should see significant snaps, too, though Yannick Ngakoue’s status could impact his play-time.

Nystrom calling Laviska Shenault Jr. a steal isn’t shocking either. The Jags somewhat referred to him in the same light, stating that he basically would’ve gone much higher in 2019’s draft. He unfortunately had some injuries that hindered his 2020 stock, but the front office was still happy to land him nonetheless.

As for Ben Bartch and Josiah Scott, both could end up being the Jags’ starting right guard and nickelback in 2021 with A.J. Cann not meeting expectations and D.J. Hayden on the last year of his contract. Another player who was drafted in the fourth round that Nystrom didn’t mention was linebacker Shaq Quarterman, who has great developmental tools, too.

When looking at the contributions the Jags got from their 2019 class between Gardner Minshew, Josh Allen, and Jawaan Taylor, Nystrom isn’t wrong to be high on their newest class. Ultimately, if 2020’s class can live up to the high praise they’ve received, Dave Caldwell and Doug Marrone should be able to keep their jobs heading into next year.

Heading into free agency, it was evident the Jacksonville Jaguars would add some help at cornerback as both Jalen Ramsey and A.J. Bouye are no longer with the team. The player they ended up snagging was former Cincinnati Bengals first-round … 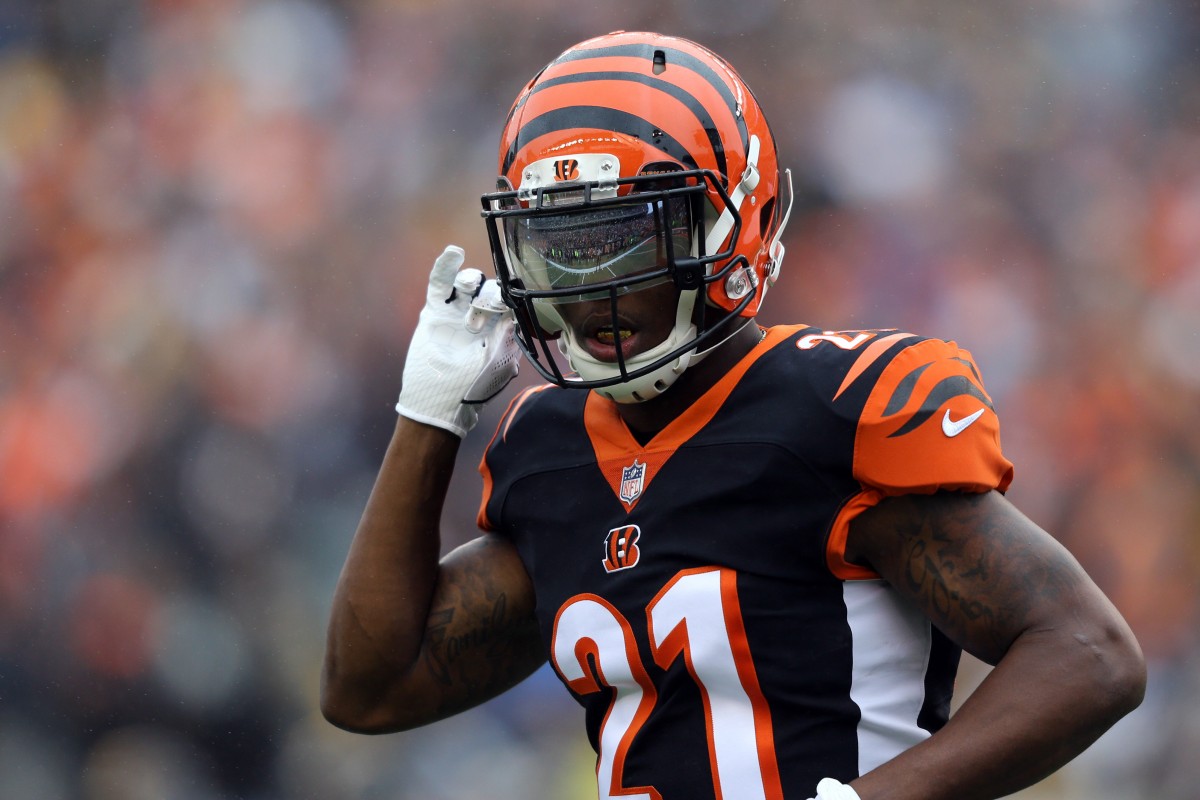 Heading into free agency, it was evident the Jacksonville Jaguars would add some help at cornerback as both Jalen Ramsey and A.J. Bouye are no longer with the team. The player they ended up snagging was former Cincinnati Bengals first-round selection, Darqueze Dennard, to a three-year, $13.5 million deal guaranteeing six million.

With Dennard’s addition, the Jags brought in a player with six years of experience, which is what the young group needs at the moment. After being placed on the physically unable to perform list, he was able to accumulate 37 tackles last season (in the span of nine games) and had five pass breakups. That was good enough to get him a grade of 72.2, per Pro Football Focus. However, while with the Bengals, he was extensively used as a nickelback, but per coach Doug Marrone, that will change this year.

“We felt really good about his skill level to play outside,” Marrone said of Dennard. “We’re bringing him in here to compete for the outside. Obviously, we had to make some decisions on the outside and revamp, really, that group.”

This means Dennard can be penciled in as the Jags second starting cornerback alongside Tre Herndon for the moment. With D.J. Hayden playing at a high level as a nickelback, it isn’t shocking that the team will let him stay put, while Dennard, Herndon and perhaps a rookie battle it out for the two outside jobs.
Unless the Jags make a trade, it’s unlikely they will land a veteran corner who could beat out Dennard for a spot, so the draft will be the key to watch for the  cornerback position. Prospects like Jeff Okudah, Kristian Fulton, Jeff Gladney, Trevon Diggs, and several others are possible options early in the draft. Whatever brought they go, that new addition will undoubtedly have to deal with a scrappy Dennard who has been waiting a while to prove that he has the skill set of a top-32 selection, too.