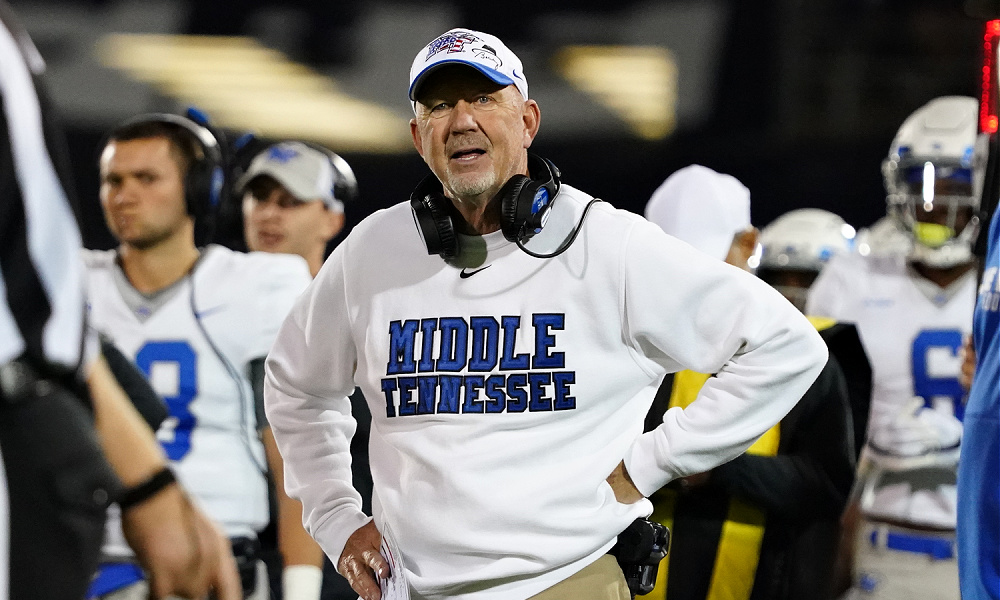 Middle Tennessee vs Toledo. 5 thoughts and instant reaction after the 31-24 win by the Blue Raiders in the Bahamas Bowl.

The Rockets needed to keep moving the chains, the running game was great – more on that in a moment – and they didn’t push it too much as they went for field goals – missing a few of them – and not trying to capture the momentum to take over the game.

Middle Tennessee didn’t do anything crazy, but it kept bringing the defensive pressure, took advantage of the opportunities that were there, and got the win.

It helped the cause that …

Bryant Koback was ripping through the Blue Raiders.

The Toledo back ran for 126 yards and averaged seven yards per carry, but he only had 18 carries. QB Dequan Finn was running well when he got his chances. The ground attack overall averaged 7.3 yards per carry, and yet the offense stopped going with what worked.

Toledo finished with just 32 carries, Finn completed just 18-of-39 passes, and it all played right into Middle Tennessee’s defensive strengths.

Toledo came into this as the most penalized team in the country, and it didn’t disappoint with 12 for 119 yards – including a big one early that led to a touchdown.

Middle Tennessee came into this as the best team in the country at taking the ball away, but it only got one, it came late, and it didn’t really need it.

The Blue Raiders were able to win with ball control, timely plays, and again, with an aggressive nature that Toledo didn’t have.

Toledo piled up a good 7-5 record with wins over a whole slew of bad teams, but it also pushed Notre Dame. It rocked a flaky Western Michigan squad, and it managed to go 4-1 over the final stretch to overcome a disappointing season – this was a MAC Championship-caliber team on talent – with a shot at ending with something strong.

The team is loaded for next year, but the pressure is on. Toledo should be – and should’ve been – must stronger than this Bahamas Bowl loss.

1. Middle Tennessee has its quarterback … maybe

Chase Cunningham was the star of the Blue Raiders before suffering a knee injury with four games left, and freshman Nick Vattiato burned his redshirt year to carry the team down the stretch.

He doesn’t run, he’s not big, and he had interception issues, but he didn’t throw any picks, he went for 270 yards and two touchdowns – including the game-sealer – and he left the running to Mike DiLello, who stepped in and ran for 44 yards and a score – but threw an interception.

Middle Tennessee finishes at 7-6 with a great finish after a 2-4 start to the season. After two straight losing seasons, it was a great way to close things out for a program with a big upside for 2022.