A trio of American soccer stars were in London over the weekend to watch the Vikings face the Saints in an NFL game at Tottenham Hotspur Stadium.

Horan’s French club team, Lyon, is just a two-hour flight from London, and she’s in town this week for the USWNT’s upcoming friendly against England at Wembley Stadium.

Turner and Richards didn’t have to travel far for the game as they play for London-based clubs Arsenal and Crystal Palace, respectively.

Christian Pulisic, who plays for nearby Chelsea, attended a game featuring his Jets in London last year. The Jets won’t to return to England this year, but the NFL has two more London games on deck later this season.

Horan played 19 minutes off the bench in Lyon’s 2-0 win over Rodez Aveyron on Saturday. Turner is coming off an impressive performance with the USMNT and he’s expected to play in cup games with Arsenal this fall. Richards is still working his way back into Crystal Palace’s squad after leaving USMNT camp with a “minor injury” last month.

The Vikings defeated the Saints 28-25 on Sunday.

We’re patiently awaiting Season 3 like the rest of you… 🤩 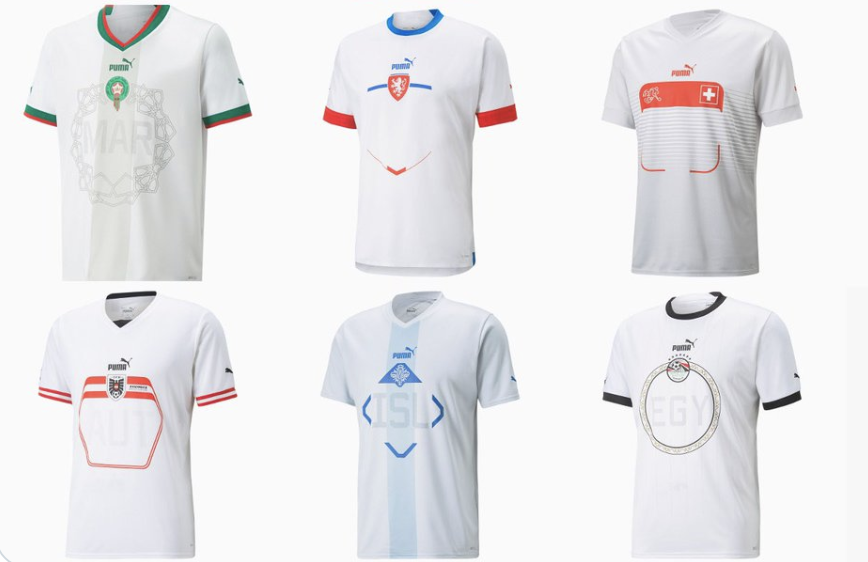 Puma dropped its 2022 collection of international away kits on Monday, and the backlash was swift and merciless.

The manufacturer released 13 away kits in total, including six from countries that will compete at the 2022 World Cup: Switzerland, Uruguay, Senegal, Serbia, Ghana and Morocco.

Puma’s usage of a template across most of the kits struck a nerve with several observers, with a centralized box for a player’s number visible across almost all of the designs.

Also at issue: 10 of the 13 kits are white, with Senegal, Ghana and Paraguay the three countries that will feature non-white away kits.

Here is a sampling of the reaction across Twitter after Puma released its 2022 away kits. 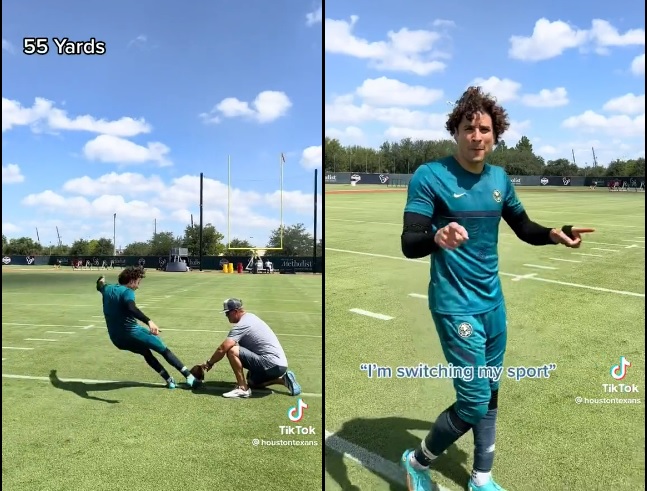 Soccer and American football don’t have much in common, but it appears that goal kicks translate well to kicking field goals.

Club América is in Texas this week preparing for Wednesday night’s friendly against Manchester United at NRG Stadium, home of the Houston Texans.

The NFL team opened up their training facility to América and goalkeeper Guillermo “Memo” Ochoa took advantage of the opportunity to kick on an American football field. With help from former Texans punter/holder Shane Lechler, El Tri’s goalie nailed field goal attempts from 30, 35, 40, 50 and 55 yards.

“I’m switching my sport,” Ochoa joked after making a 50-yarder.

Ochoa had the leg strength for 60 yards but he hooked his first attempt wide left and then hit the crossbar on his second attempt. The Texans shared footage from the impressive kicks on their social media channels.

Granted, Ochoa’s not facing a rush or the pressure of a game being on the line, but it’s clear that he has the leg strength to kick on the gridiron.

Ochoa’s 37 years old now so it’s a little late for a career change, but there’s plenty of precedent for soccer players reaching the NFL. American football kickers actually began adopting a soccer-style approach for field goals in the 1960s after previously using a straight-on approach for field goal attempts.

Toni Fritsch was perhaps the most notable soccer-to-kicker success story. Fritsch won three Austrian league titles with Rapid Wien from 1963-1971, scoring 15 times as a striker, and he earned nine caps with Austria’s national team. He then went on to have an accomplished 14-year career in the United States playing American football, winning a Super Bowl with the Cowboys in 1972.

More recently, Josh Lambo was part of U.S. Soccer’s residency program in Bradenton, Florida in 2005 before later being picked by FC Dallas eighth overall in the 2008 MLS SuperDraft. After his soccer career stalled, Lambo went on to have a six-year career as a kicker in the NFL from 2015-2021.

Tanner Tessmann committed to Clemson in 2019 planning to play both football and soccer in college, but his plans changed when he got an opportunity to sign with FC Dallas in 2020. Tessmann stuck with soccer and he’s now playing for Serie B’s Venezia in Italy.

So while soccer and American football don’t have much in common, it’s clear that kicking translates well between the two sports.

Becks has his own The Last Dance in mind 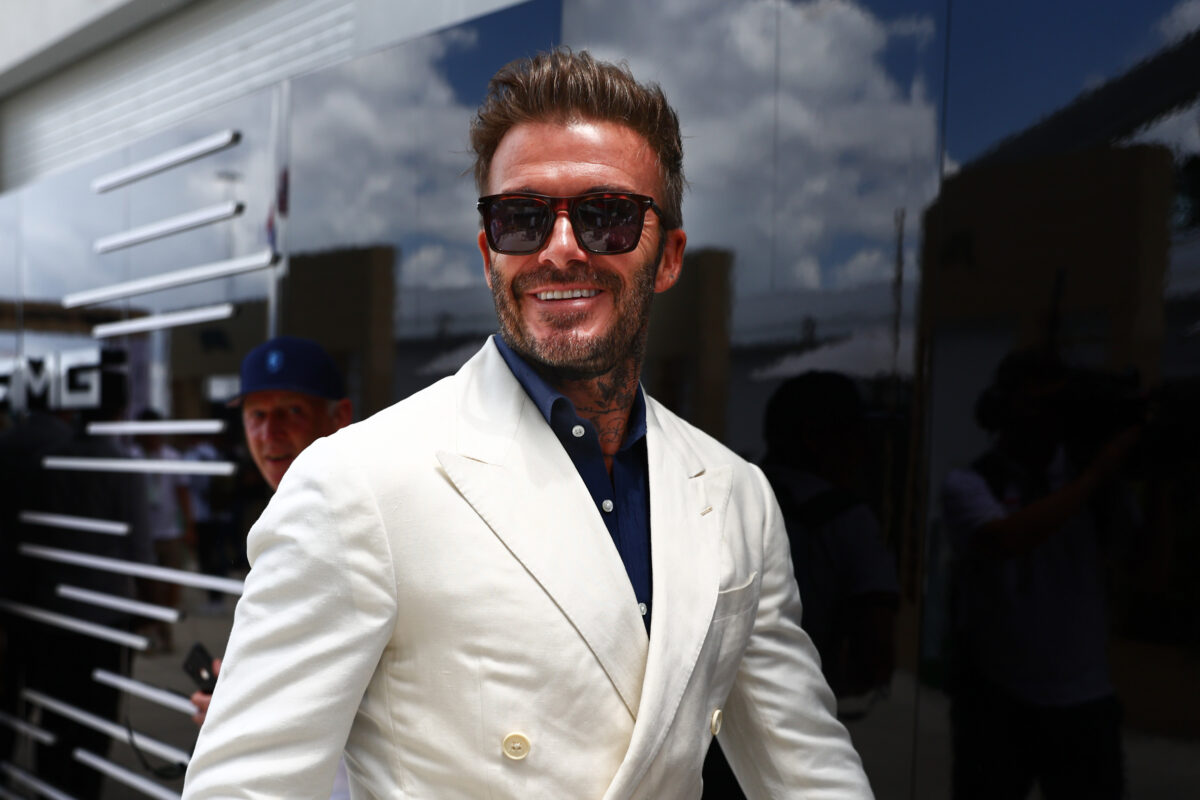 People like looking at David Beckham, and Netflix seems to have taken notice.

The streaming service says that a documentary series about Beckham’s life is in production, with Fisher Stevens (who produced Tiger King and 2009 Oscar-winning documentary The cove) directing the project, which will be produced by Beckham’s Studio 99 content studio.

Beckham said last year that he was inspired by The Last Dance, an ESPN docuseries on the life and career of Michael Jordan that—like this Beckham project—saw the basketball legend heavily involved in the story that was being told.

As Jordan did for The Last Dance, Beckham says he will open up his own personal archives, showing some footage for the first time ever and bringing friends, former teammates, and family in for interviews.

Netflix has not announced when the series will arrive, or even what its name is at this point, but the streaming platform will be hoping for success in line with shows like Formula 1: Drive to Survive and Sunderland ‘Til I Die.