Junior forward Osayi Osifo became the third Florida player to enter the transfer portal when he announced his intentions to leave on Friday. 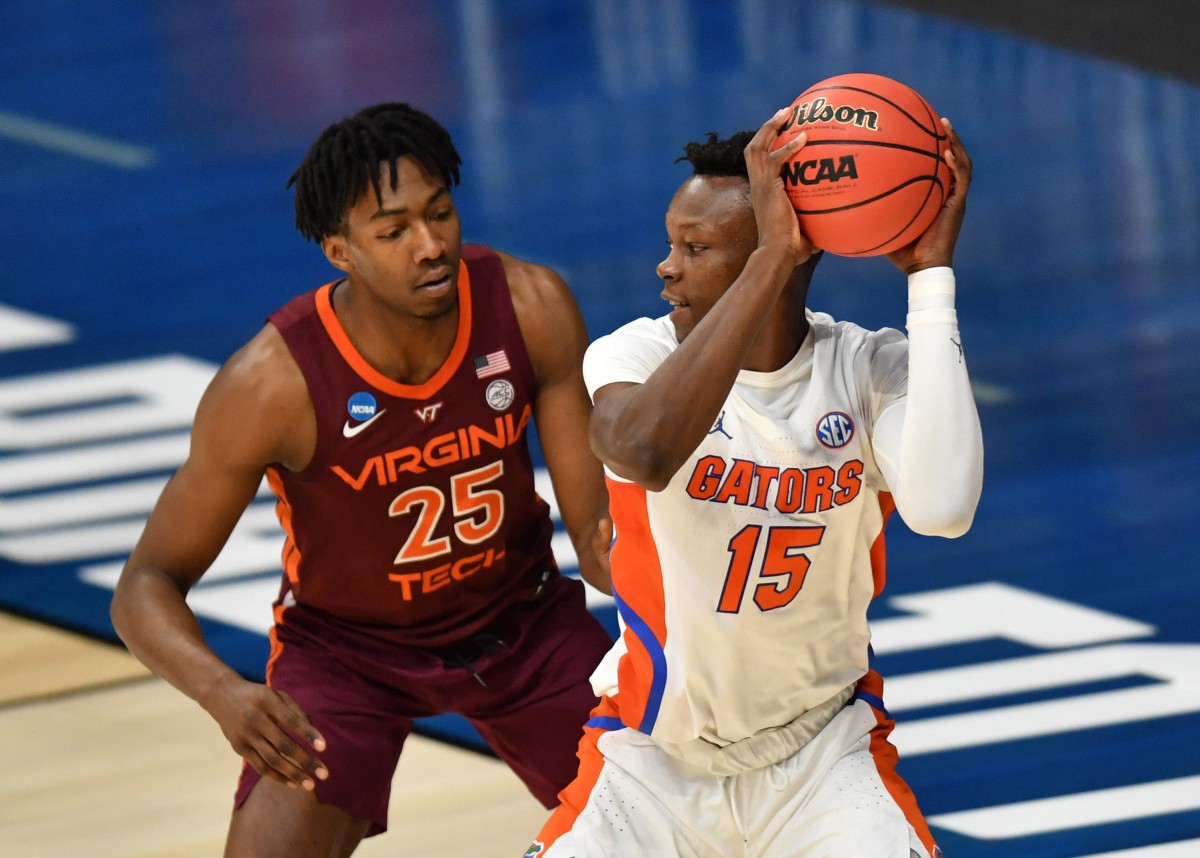 Florida lost yet another piece of its 2020-21 team on Friday, as junior forward Osayi Osifo announced on Twitter that he will be entering the transfer portal after just one year on campus. He joined Noah Locke and Ques Glover as the third UF player to enter the portal in less than two days.

Osifo originally joined the team as part of the 2020 recruiting class. He was a junior college transfer from East Florida State College, where he was a three-star prospect and the No. 10 overall JUCO player available. He committed to Florida on Oct. 1, 2019, and he signed the following month.

He appeared in 20 games during his first season with the team, averaging 1.9 points and 2.6 rebounds. In UF’s loss to Oral Roberts in the NCAA Tournament’s round of 32, Osifo played a season-high 16 minutes, though he only managed two points and three rebounds.

Now, as a transfer, he will likely have to sit out the 2021-22 season with one final year of eligibility remaining after. Meanwhile, Florida has to replace yet another piece, as Tre Mann also declared for the draft in addition to the three players that transferred, and coach Mike White will have his work cut out for him next season.