It can be tough to parse out is real from what is a by-product of a trouncing, but here are three takeaways from Florida’s game on Sunday. 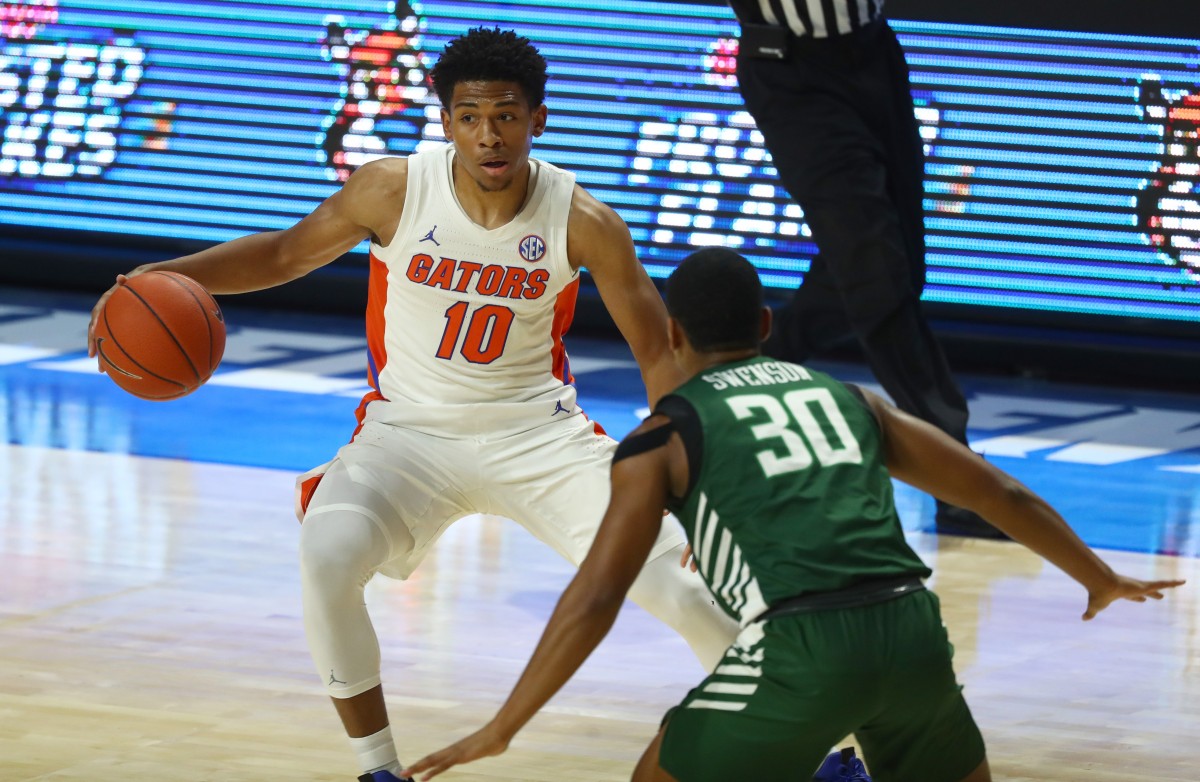 The Florida Gators rolled into Sunday’s game fresh off a resounding win against Boston College and kept right on dominating, this time against the Stetson Hatters. With a final score of 86-40 and all 15 players on the Gators’ roster getting playing time, this game had all the trappings of a blowout.

By the time the play clock ran out, four of Florida’s players put double-digits on the scoreboard and a cool dozen had contributed to the scoring in some fashion.

Before this game began, we identified playing assertive defense as a key to keeping Stetson in their place, and that’s exactly what Florida did. They ended the game with 30 defensive rebounds (more than double Stetson’s offensive rebounds) and stole the ball eight times. Gators defenders refused to give the opposition an open look and they struggled badly under the pressure. The final tally revealed that the eye test was correct; the Hatters shot an anemic 19.6 percent from the field.

But after a win with an absurd 46-point spread, it can be tough to parse out what was real from what was a by-product of the blowout. Here are three believable takeaways from Florida’s game on Sunday.