The Vikings brought in six players for a tryout 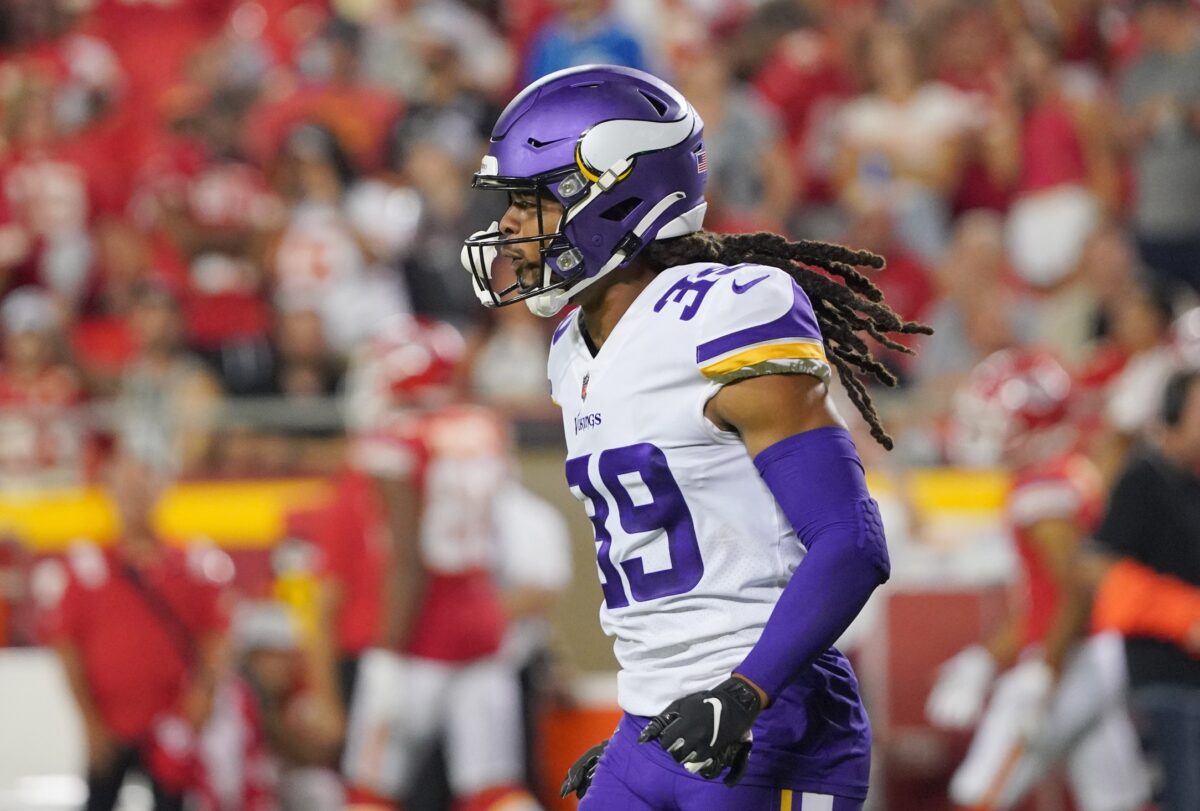 After signing CB Duke Shelley to the active roster on Saturday and the Raiders signing tight end Jacob Hollister before the game against the Buffalo Bills, there were two open spots on the practice squad.

The Vikings filled one of those with veteran tight end James O’Shaughnessy and signed CB Parry Nickerson to the practice squad on Tuesday. The Vikings also hosted five others on Tuesday before signing Nickerson.

Full list of guys to workout and/or visit #Vikings today. Nickerson was signed to the practice squad. pic.twitter.com/87nCkeU9yJ

We wrote about the Vikings hosting tight end Alize Mack earlier on Tuesday and the Vikings also hosted an old friend in Julian Taylor who was a part of the Vikings’ cuts during training camp.

With all the players that the Vikings brought in for a tryout, it is curious that they chose not to bring in any kickers despite Greg Joseph struggling. 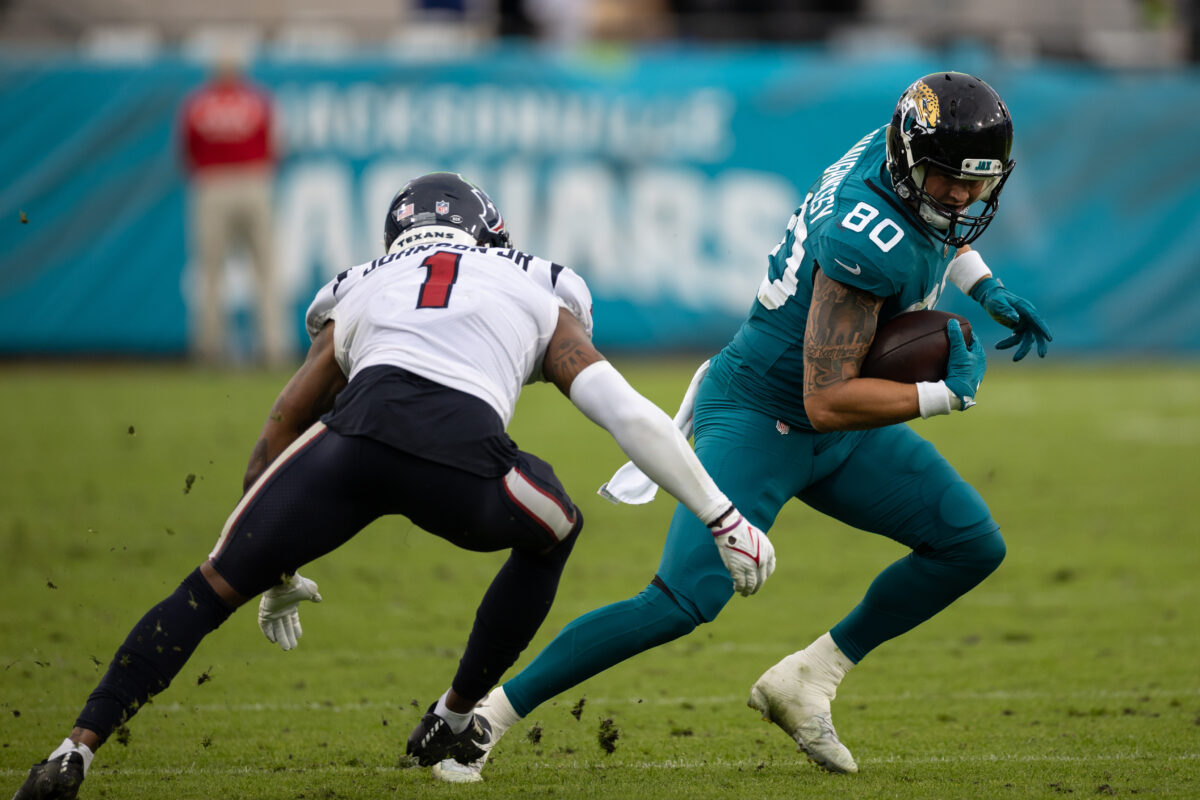 The Minnesota Vikings had tight end Jacob Hollister poached off of their practice squad over the weekend. The Raiders signed him after having him on the roster during training camp which was a smart move with Hollister not having to learn the playbook.

The #Vikings have signed TE James O’Shaughnessy (@JOShaughnessy80) to the practice squad. pic.twitter.com/hLQ7iJL9Lc

The Viking brought him in from a tryout a few weeks back after the injury to Ben Ellefson and apparently liked what they saw.

Over his career, O’Shaughnessy has been a stalwart backup tight end for both the Kansas City Chiefs and Jacksonville Jaguars. A former fifth-round pick out of Illinois State, O’Shaughnessy has started 40 games out of 80 played and amassed 112 catches for 1,108 yards and three touchdowns.

His addition makes things easier until the return of Ellefson, as Nick Muse has already been elevated from the practice squad the maximum of three times.

Shelley had been activated for two games so far this season 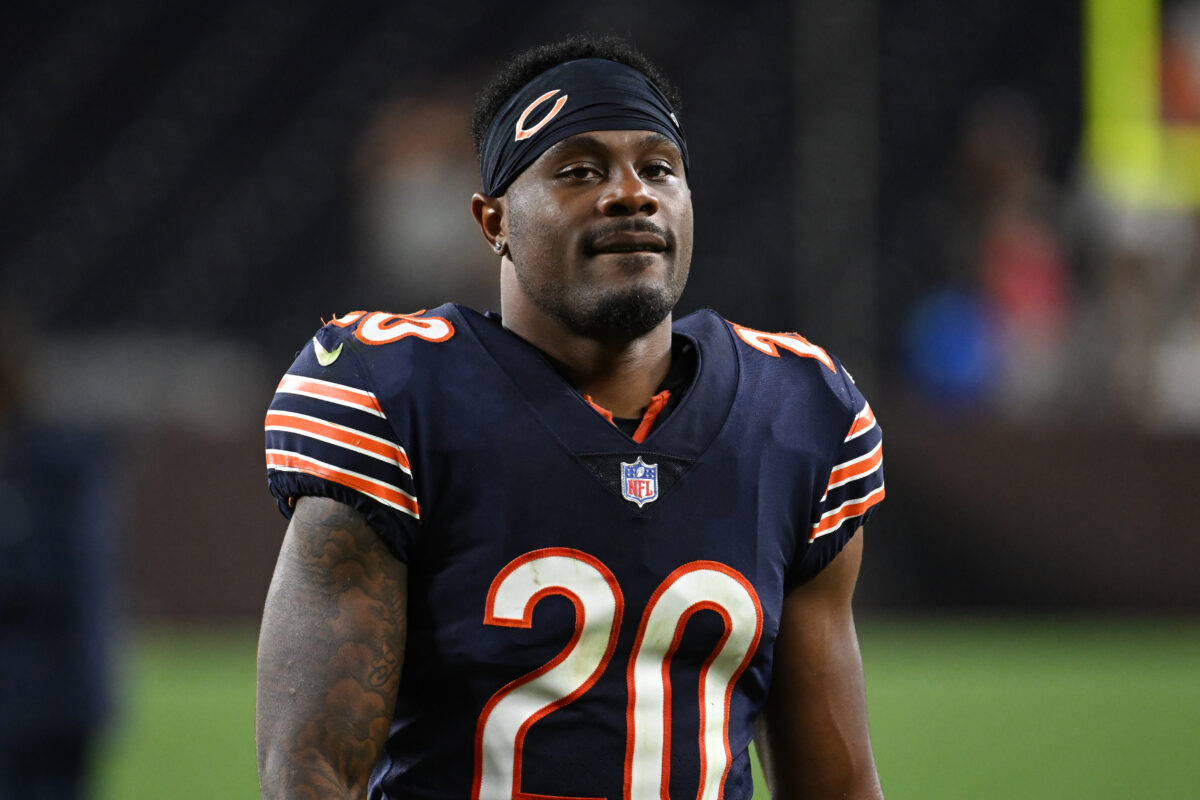 The Minnesota Vikings will be without cornerback Cameron Dantzler on Sunday against the Buffalo Bills which likely meant that a cornerback would be elevated for the game.

According to NFL Network’s Tom Pelissero, the Vikings did one better by signing cornerback Duke Shelley to the active roster from the practice squad.

The #Vikings are signing CB Duke Shelley to the active roster from the practice squad, per source.

Shelley was added to the practice squad back in September by the Vikings and they had elevated him twice so far this season.

With the Vikings adding Shelley to the active roster, the Vikings will have to make a corresponding roster move, which could end up being Dantzler to injured reserve.

The Vikings lost a player on their practice squad

The Minnesota Vikings will be looking to fill a spot on their practice squad after the Las Vegas Raiders signed tight end Jacob Hollister off of the Vikings practice squad.

With Darren Waller going on IR, the #Raiders are signing TE Jacob Hollister off the #Vikings practice squad, per source.

The Vikings signed Hollister to their practice squad shortly after they placed tight end Ben Ellefson on injured reserve. With Ellefson having been designated to return, the need for Hollister is lessened, as they have Nick Muse also on the practice squad.

With the Vikings, Hollister appeared in two games and did not record a stat. He goes to a Raiders team that just placed both tight end Darren Waller and wide receiver Hunter Renfrow on injured reserve on Thursday afternoon. He spent training camp with the Raiders so he should be caught up to speed quickly.

The Jaguars filled the empty spot on their practice squad with a veteran safety. 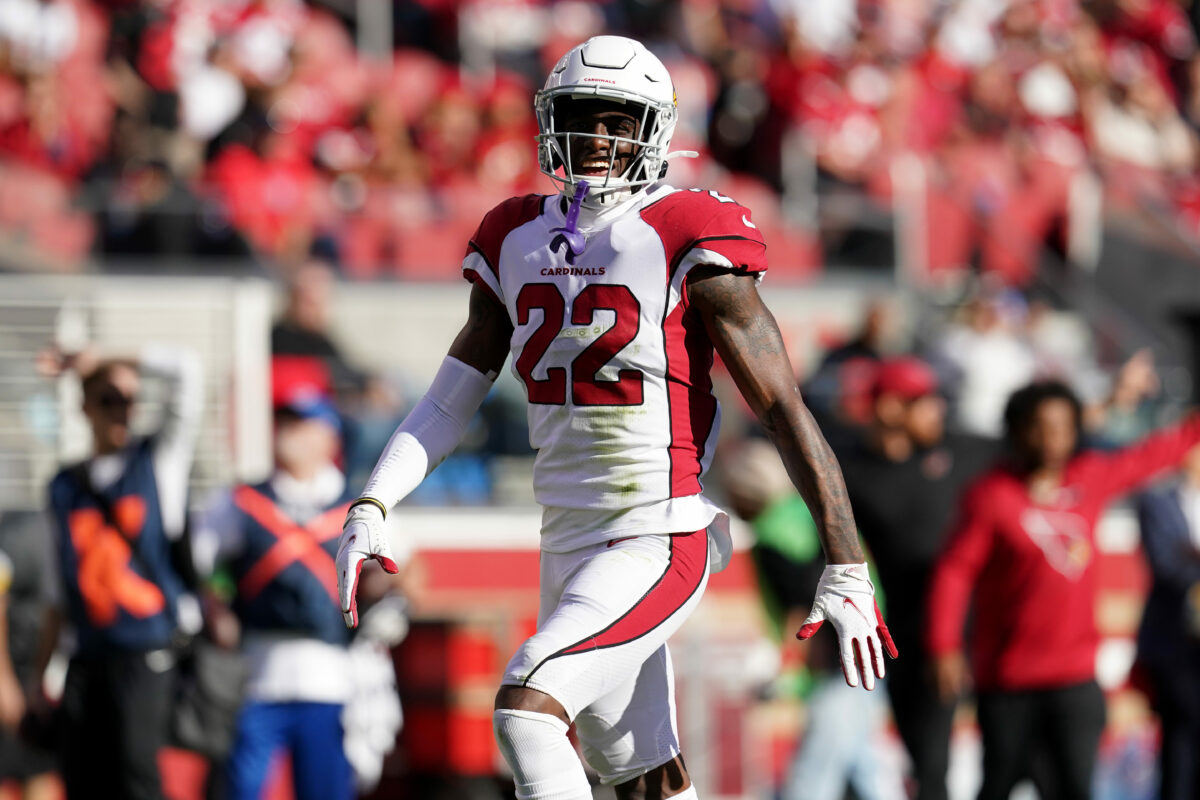 A day after the Tennessee Titans scooped up rookie safety Josh Thompson from the Jacksonville Jaguars’ practice squad, the Jaguars replaced him on the roster with former Arizona Cardinals safety Deionte Thompson.

Deionte Thompson, 25, was the Cardinals’ fifth-round pick in the 2019 NFL Draft and started six games in his first two seasons while contributing most on special teams. After making Arizona’s 53-man roster again this season, Thompson was waived by the team near the end of September.

In three games this season, Thompson played only six defensive snaps and 49 on special teams.

Thompson has recorded 54 career tackles with two quarterback hits and three passes defended. Following the addition of Thompson, the Jaguars practice squad is as follows:

The Vikings made four roster moves ahead of Sunday’s game 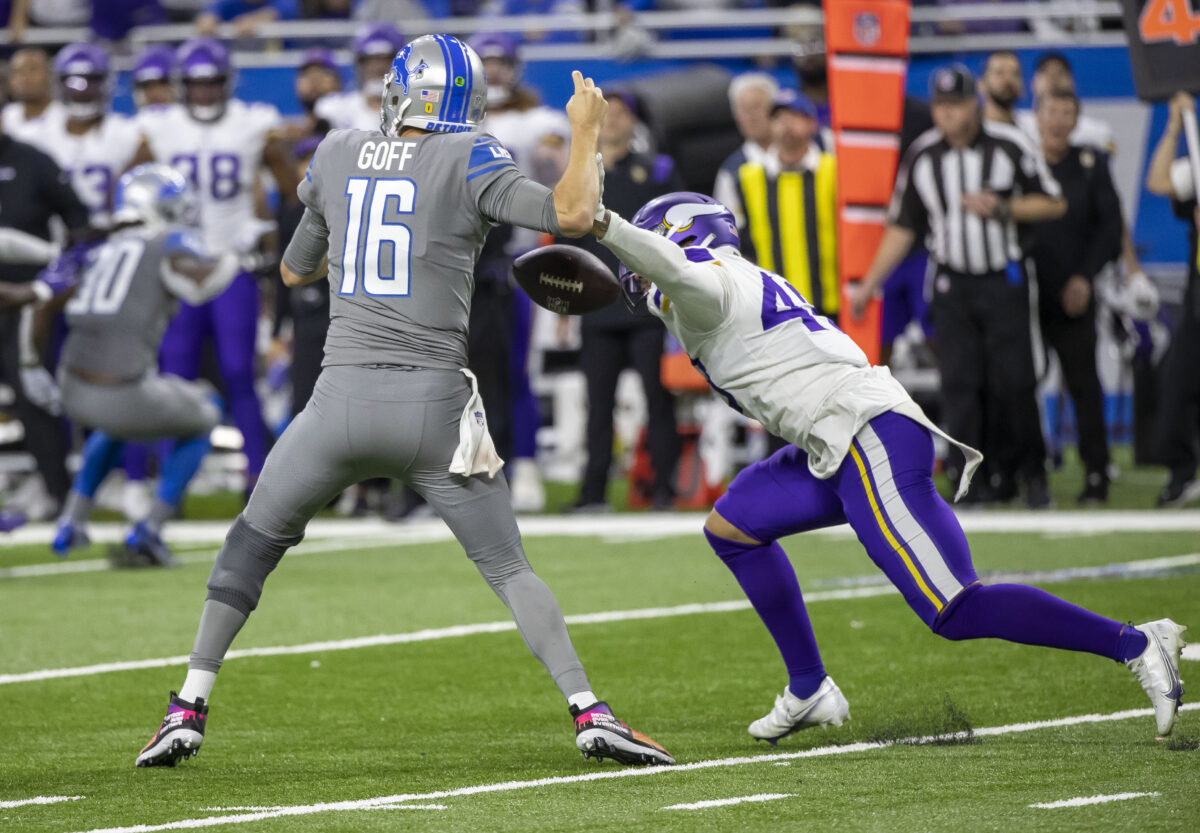 With the Minnesota Vikings taking on the Chicago Bears on Sunday, there were a few likely roster moves that were going to occur.

– Signed @MylesDorn1 to the 53-man roster

Ellefson hasn’t had the best week. He injured his groin on Thursday and was quickly ruled out of Sunday’s game. The active roster was in need of one more safety with Lewis Cine having officially put on injured earlier this week. Dorn getting the roster spot is consistent with how the Vikings have done their practice squad call-ups, as he got the call when Cine missed week one against the Green Bay Packers.

With Ellefson missing the game, they needed one more tight end, and with Jacob Hollister having only been in the building for less than a week, the Vikings 2022 seventh-round pick Muse will make his NFL debut.

Also being elevated is Chisena which is a signal that wide receiver Jalen Nailor, who is questionable with a hamstring injury, will not suit up on Sunday.

The Vikings kick off against the Bears on Sunday afternoon at 12 pm central time. 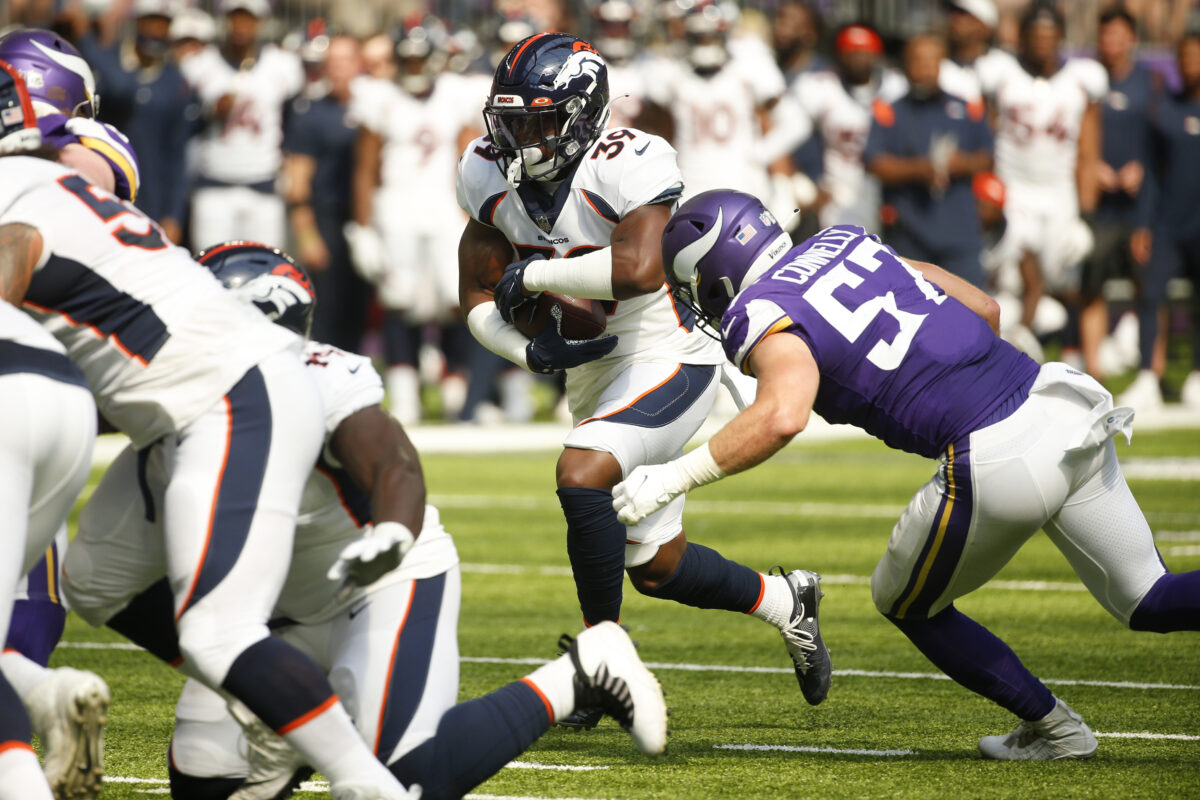 The Minnesota Vikings have made quite a few roster moves so far this week including both activating linebacker Ryan Connelly from the Physically Unable to Perform list and waiving him from the roster.

After suffering a torn ACL last December, Connelly needed some extra time to recover which landed him on the PUP list to begin with.

Despite the Vikings waiving him earlier this week, they added him back to the practice squad on Thursday night.

The #Vikings have signed LB Ryan Connelly to the practice squad.

The Eden Prairie native spent time with the New York Giants after they selected him in the fifth round before joining the Vikings in September of 2020. He has played in nine games for the Vikings in mainly a special teams role.

With the Vikings current linebacker situation, expect Connelly to stay on the practice squad unless an injury occurs to a linebacker or a core special teams player. 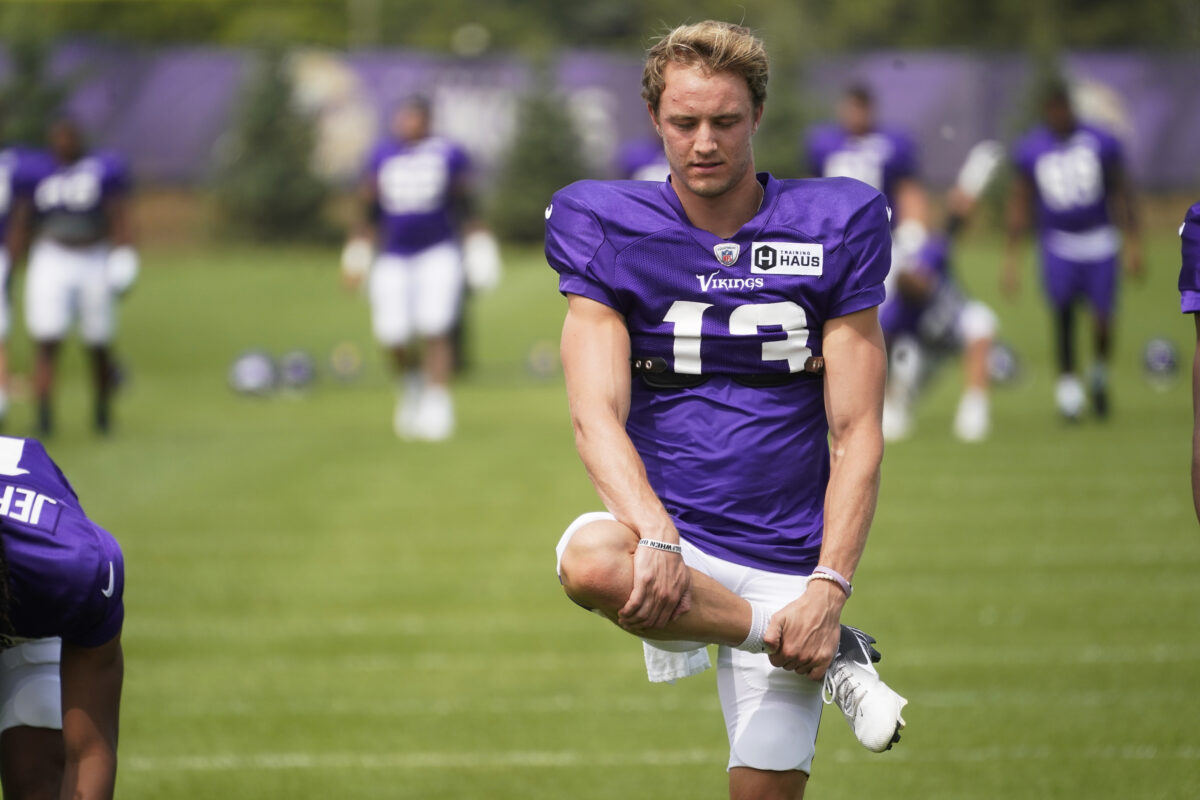 After news broke that the Vikings were going to sign former Chicago Bears seventh-round pick nose tackle Khyiris Tonga off the Atlanta Falcons practice squad, the Vikings made it official on Wednesday morning.

Along with the signing of Tonga, they officially made three other roster moves as well, including waiving linebacker Ryan Connelly who the Vikings just activated from the Physically Unable to Perform list on Tuesday.

The #Vikings have signed DL Khyiris Tonga and added S Mike Brown to the practice squad.

LB Ryan Connelly has been waived and WR Blake Proehl has returned to practice.

Ryan Connelly was activated yesterday by the Vikings and they officially moved on from the fourth-year linebacker from Wisconsin.

Blake Proehl having his practice window activated gives the Vikings 21 days to make a decision on if they want to keep him on the roster. With Travis Toivonen being released from the practice squad, that is the likely spot for Proehl. However, the Vikings only have five wide receivers on the active roster so they could keep Proehl.

The Vikings bring back Mike Brown whom they signed as an undrafted free agent from Miami OH. They moved on from Brown during roster reductions this August and decided to bring him back with the injury to Lewis Cine.

The Vikings did some roster shuffling 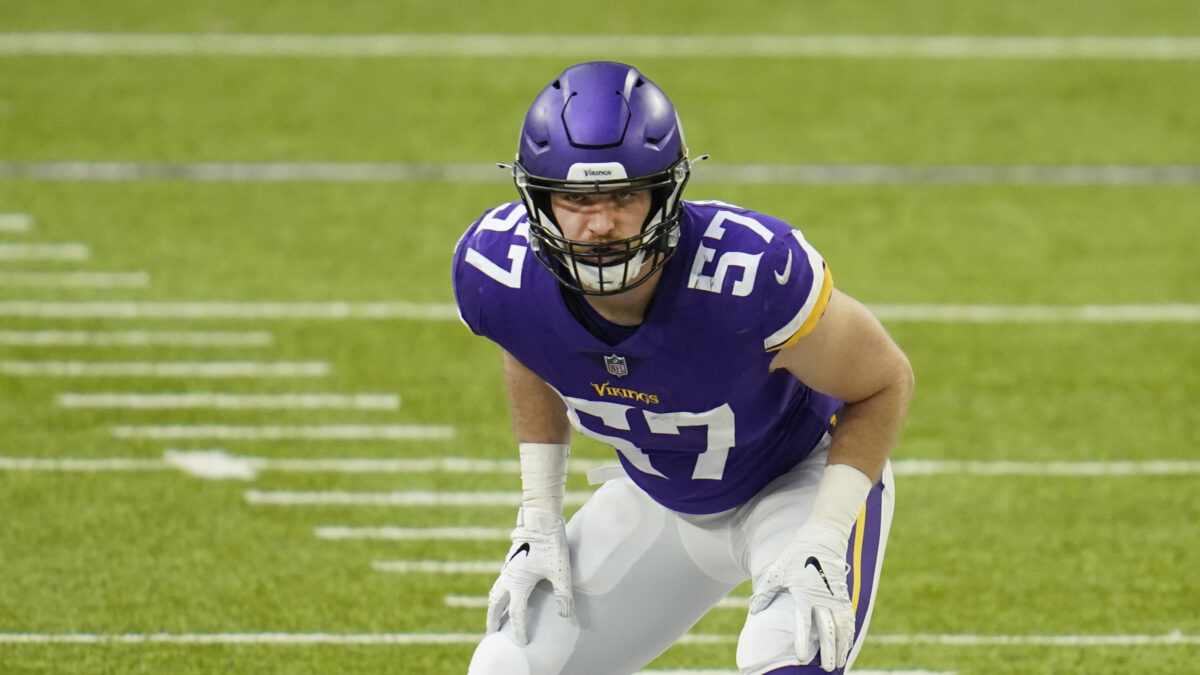 The Minnesota Vikings were busy on Tuesday afternoon. After word came through that rookie first-round pick safety Lewis Cine had successful surgery on the compound fracture in his left leg, they placed him on injured reserve, officially ending his season.

Along with Cine ending up on IR, they made four other roster moves, including signing NT Khyiris Tonga off of the Atlanta Falcons practice squad.

The activation of Ryan Connelly from the PUP list means that he enters a 21-day practice window before he has to be either put on season-ending injured reserve, the active roster or placed on waivers.

Jaylen Twyman had a tough route back from being shot in the abdomen prior to the start of the 2021 season after the Vikings selected him in the sixth round. He struggled during the preseason and it pushed him to the practice squad.

Travis Toivonen was a receiver that had bounced around the NFL after spending some time in the Fan Controlled Football League. He ended up being on the practice squad for just over a month.

The Vikings make a change to the practice squad on Tuesday 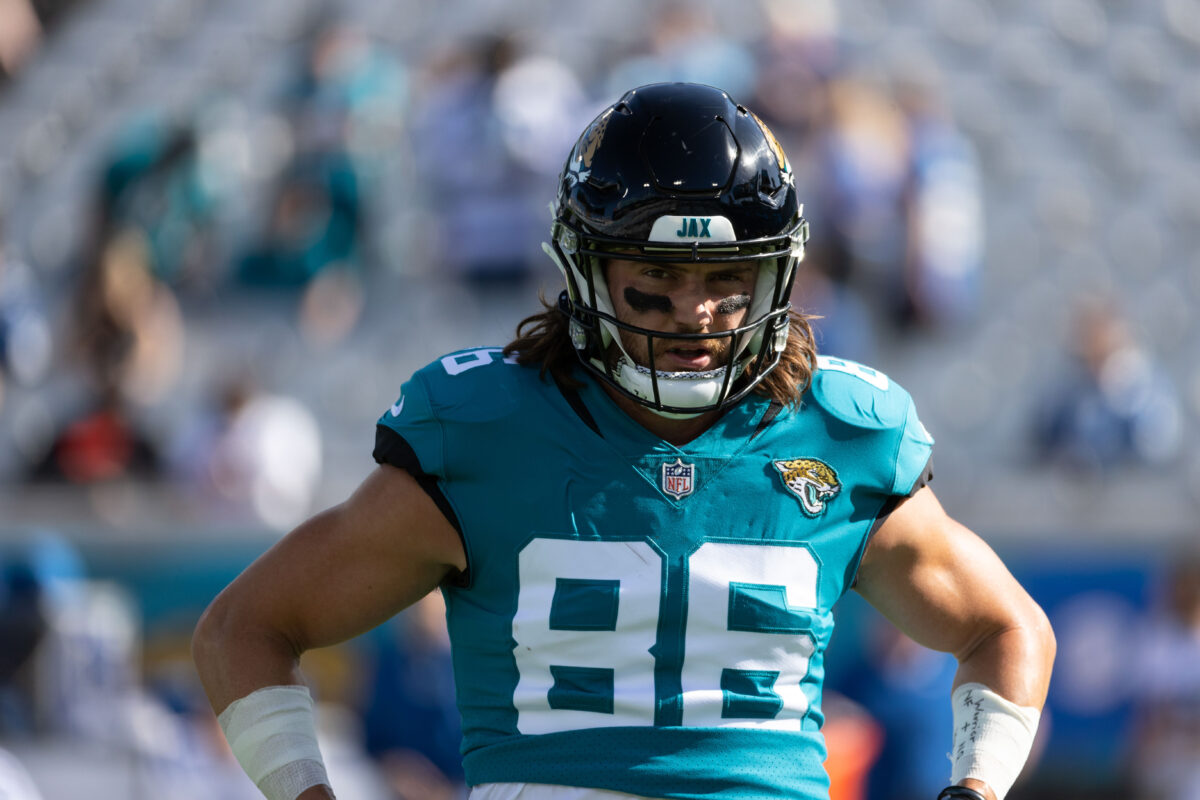 The Minnesota Vikings have made a roster move by signing tight end Jacob Hollister to the practice squad.

The sixth-year tight end has played for three teams in his NFL career. In that time, he has played in 57 games with 12 starts. Known most for his time in Seattle when he ended up staring after a bunch of injuries, Hollister has seen success in the NFL. On 129 targets, Hollister has 83 receptions for 707 yards and seven touchdowns.

His style of play is a depth play as Hollister can play both a receiving and blocking role.

By adding him to the practice squad, the Viking had to make a corresponding move in releasing cornerback Parry Nickerson. The fifth-year cornerback has played in 25 games in the NFL with four of them as a Vikings in 2021. He has 25 tackles, one pass defended and one tackle for loss in his career.