The Steelers could potentially tag Bud Dupree to keep him from walking via free agency. Here’s what it would cost the team to tag him. 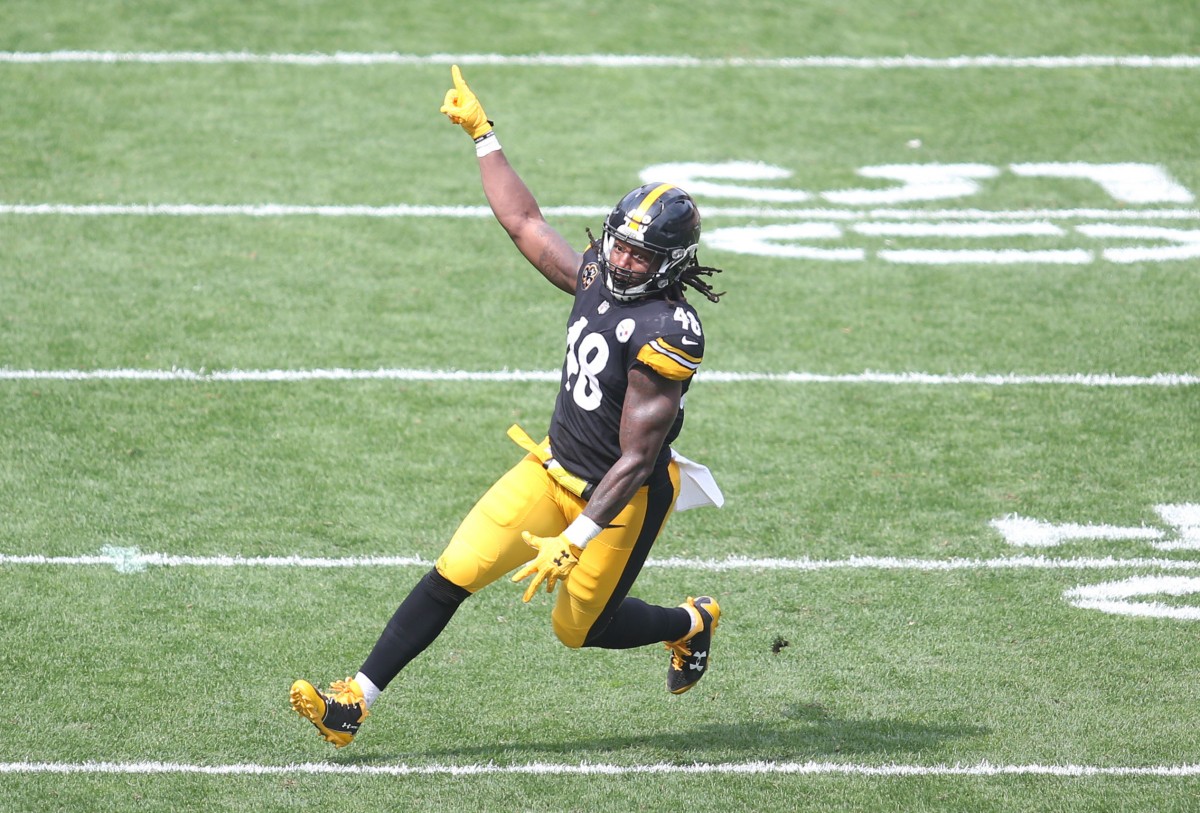 Pittsburgh Steelers outside linebacker Bud Dupree is one of seven priority free agents the team could see walk via free agency. As much of a force he and T.J. Watt are on defense, keeping Dupree is a luxury the Steelers likely can’t afford.

Last March, Pittsburgh placed the franchise tag on the linebacker. General manager Kevin Colbert talked about how they wanted to make him a Steeler for life.

“Bud Dupree has always been a priority,” said Colbert. “Our message has consistently been, ‘Hey Bud, if we use the franchise tag, our goal is to still sign you and get you locked up as a Steeler for the rest of your career,’ and that’s what we’ll continue to try to do.”

Only that never happened.

Dupree was on track to exceed his career-high 11.5 sack total from 2019 when he sustained a torn ACL.

If Colbert and his staff can manipulate a way to miraculously tag Dupree for a second consecutive season, they could work out a long-term contract before the season starts that pushes obligations into the 2022 season. As it currently stands, the team only has 17 active contracts for $58 million, so their salary cap situation looks a lot brighter in 2022.

Consecutive tags are allowed, which would be the case for Dupree. For a player to be tagged for two straight years, the team must pay 120 percent of the player’s previous salary. In this instance, the Steelers would pay Dupree a one-year salary worth $18.96 million for the consecutive designation. He played on the tag in 2021 for $15.8 million.

Of course, this is all hypothetical. Colbert himself said that it was “doubtful” they would use the tag in the 2021 season. Pittsburgh pinching pennies to get under the cap by March 17 is a good enough reason. As for the long-term Colbert spoke about last year — a new offer would’ve happened by now if his intentions were true.

Not to mention, Pittsburgh has only tagged a player consecutively twice since 1993: Running back Le’Veon Bell and kicker Jeff Reed.

The writing was on the wall that it would be Dupree’s final season in Pittsburgh when the team drafted linebacker OLB Alex Highsmith last April. The rookie played well in Dupree’s six-game absence and will only get better.

T.J. Watt made it clear just how much he already missed Bud Dupree. 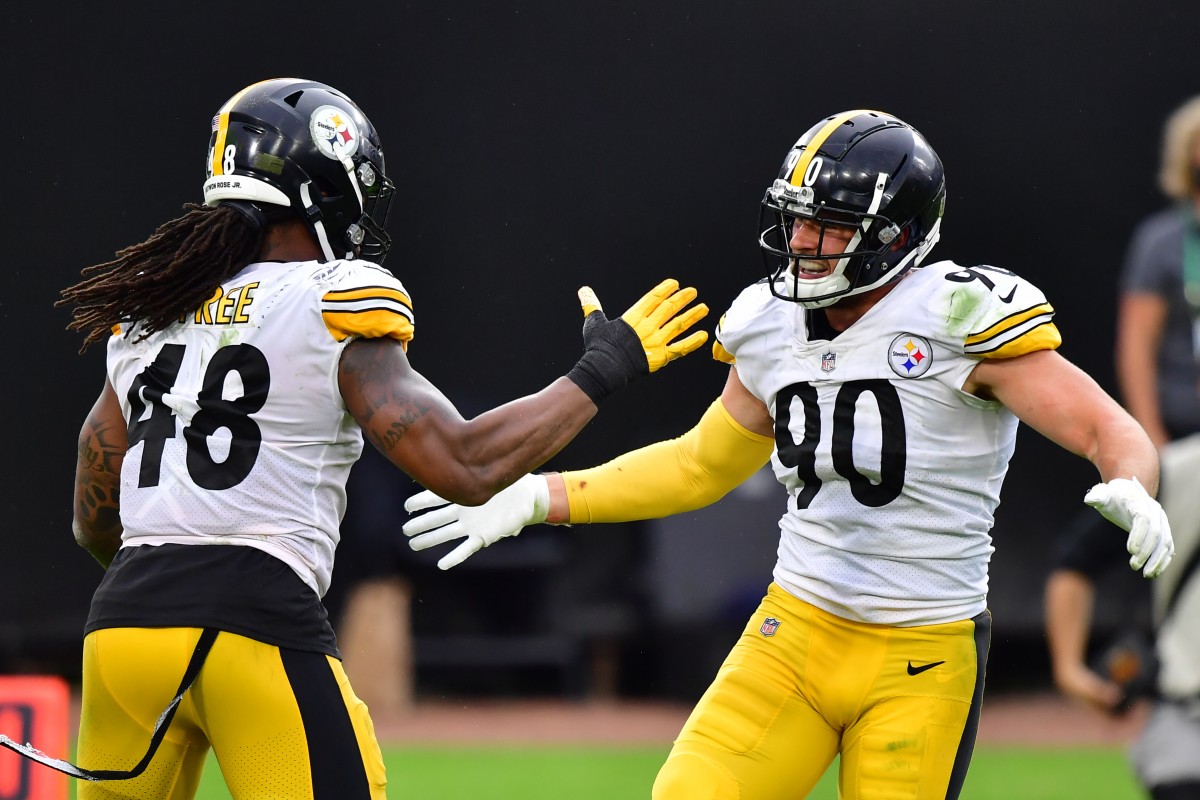 'I miss Bud already. It's been weird in the short week already not having him around. Just as a friend. He makes you want to be a better person and football player. I can't wait until he is back in the building.' – @_TJWatt on missing @Bud_Dupree

The Pittsburgh Steelers were dealt a significant blow last week when linebacker Bud Dupree tore his ACL versus the Baltimore Ravens and was put on IR. Dupree’s teammate T.J. Watt spoke to the media on Saturday and made it clear just how much he misses his teammate.

Dupree and Watt formed the most explosive and productive pass-rushing tandem in the NFL. Watt said that he misses him as much as a friend as a teammate and football player.

Rookie edge Alex Highsmith will take over Dupree’s spot in the starting lineup. But clearly by listening to Watt on Saturday, replacing Dupree is going to take more than just one guy on a football field.

It’s next man up (and then some) for the Pittsburgh Steelers. 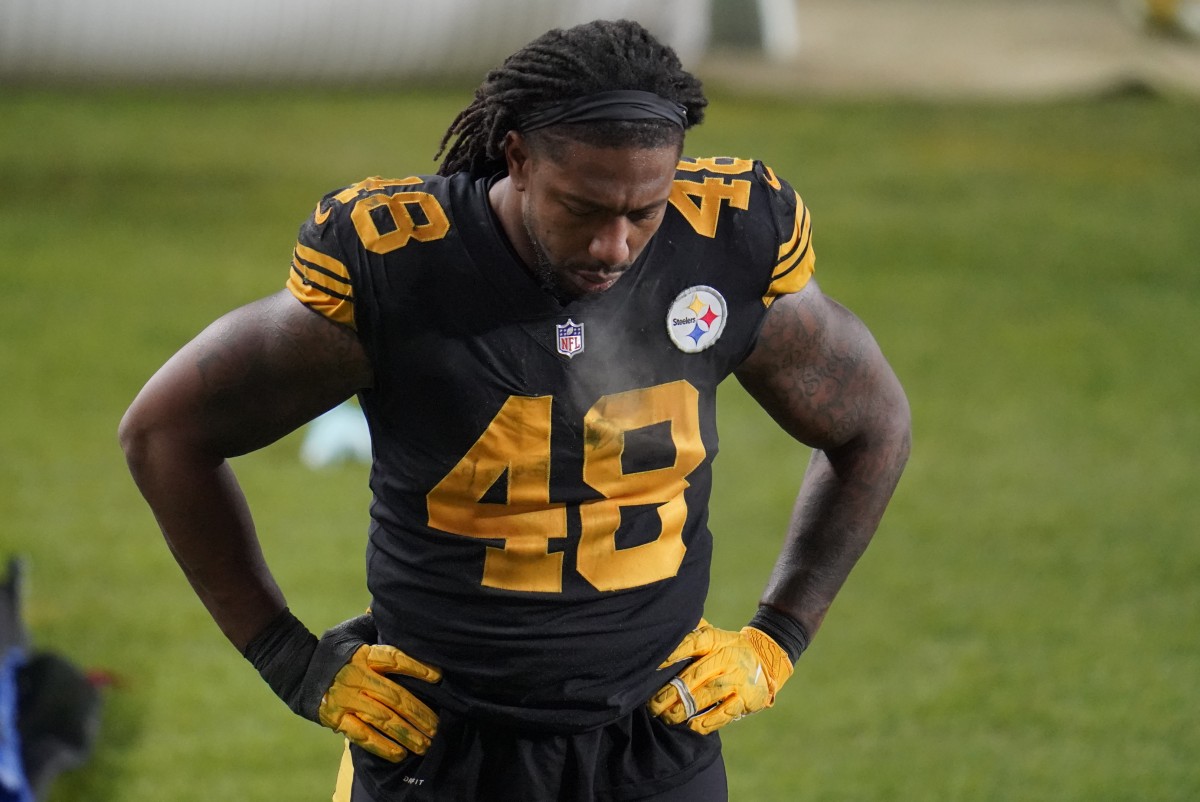 It was crushing for the fourth-year linebacker who was enjoying a stellar season with eight sacks in 11 games. Not only because he was an integral part of a team with Super Bowl aspirations, but it’s all but confirmed to be his last season with Pittsburgh.

There’s no time to dwell on Dupree, though. The show must go on. How will they do it?

The Steelers tagged Bud Dupree in March, knowing full well they could not afford to keep him beyond 2020. Depth at the outside linebacker position became an immediate need for Pittsburgh.

Enter Alex Highsmith, via the third round of the 2020 NFL draft.

In Week 8 versus the Baltimore Ravens, Highsmith came up with a huge interception early in the third quarter. The pick led to an Eric Ebron touchdown, which brought the Steelers within three points of the Ravens, 14-17.

During training camp in August, the Steelers signed Elliott, who was with the team in 2019. In five games and 22 defensive snaps, Elliott logged two tackles. His use was primarily on special teams, though, where he’s appeared in three games this season.

As Steelers Wire’s own Curt Popejoy pointed out earlier, it’ll take a village to replace Dupree’s production. Expect inside linebacker Vince Williams and cornerback Mike Hilton to pick up the slack when needed — which will likely be often.

Beyond that, Christian Kuntz was recently signed to the practice squad. He has collegiate experience at outside linebacker. At Duquesne University, Kuntz logged 248 tackles (71.5 for loss) and a school-record 30.5 sacks.

The Steelers will be trying out free agent outside linebackers in the coming days to add depth to their roster, but this is where it stands right now. 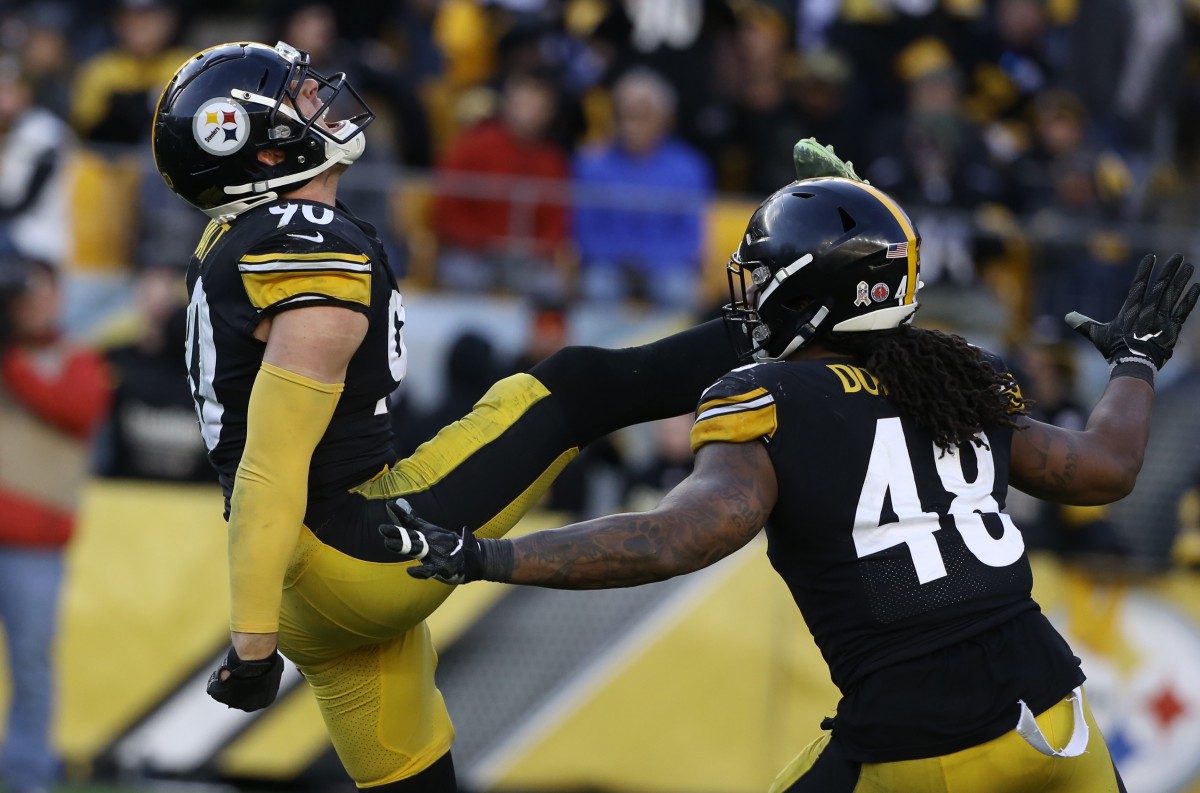 The relationship between linebackers Bud Dupree and T.J. Watt is evidenced by their onfield production. The two work in harmony, almost seamlessly, each game day. That is why they are one of the best pass-rush duos in the NFL.

Dupree said that their success stems from working together not only during the season but in the offseason as well.

Per Teresa Varley of Steelers.com, Bud said he and T.J. want to keep the fire underneath them to keep the defense the best it can be.

This season is likely to be the last of the Dupree and Watt twosome. Bud is currently playing under the franchise tag and the Steelers won’t be able to afford to pay what he’ll be worth.